Last night we headed out for a little half term treat to see Cinderella The Musical at Cardiff's New Theatre. I love a musical and combined with a little Cinderella magic I was really looking forward to it.

The show started off showing Cinderella being bossed around and mistreated by her stepmother and ugly stepsisters. A chorus of young children brightened up the stage and Bean was delighted to see a couple of her school friends in the mix. The children were really great and brightened the stage. 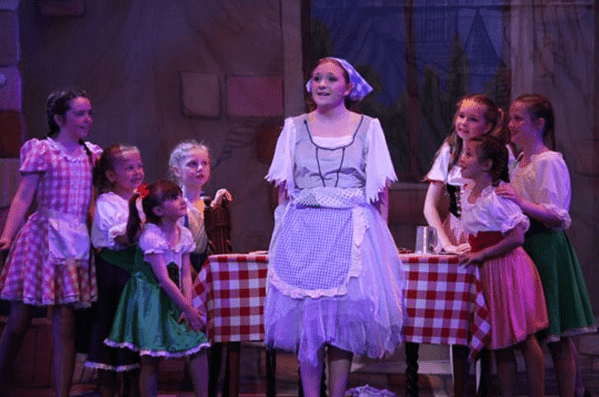 I did find that the show was very slow to start. It seemed to have a long first half and it wasn't exactly enthralling, although my two (5 and 9) did watch very well. Cinderella's step-mother stood out for me as being quite entertaining, but for me though it didn't really come alive until the arrival of the bold as brass Fairy Godmother who brought with her some sparkle and energy. 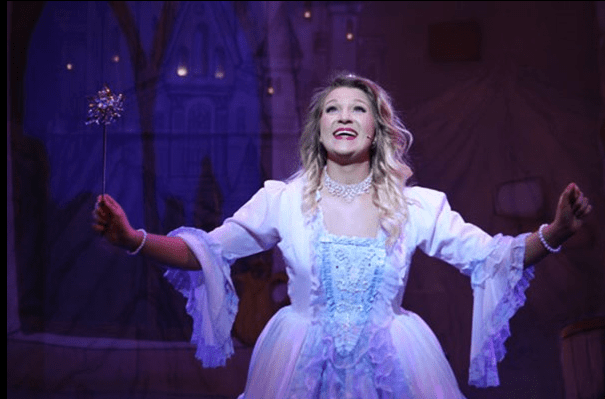 The first half ended on a high though with Cinderella heading off to the ball in a sparkly dress complete with lit up carriage and real pony! It was a shame that her dress was gold and not the traditional blue that the children were expecting. The costumes were very sparkly and beautiful though!

Sadly the second half continued in much the same vein as the first half. It just seemed to be missing that 'spark' or magical energy I would have expected from a performance of Cinderella. Jodi Bird's (Cinderella) singing was beautiful though and much more was made of that in the second half which was good.

Interspersed in the performance were ballet dancers, the young children dancing and also some modern dance. I liked the idea of this but it didn't always quite work and seemed a little out of joint with the performance. All in all though it was a good show from some great emerging local talent and worth a watch for that reason.

Cinderella is at the New Theatre until Sunday 5th June and you can book tickets here.

The New Theatre have a great line up for the next few months too. Highlights for me for the children are the Gruffalo's Child and George's Marvellous Medicine. Take a look at their website for more information - I'm sure there is something for everyone.