I was invited to take part in the digital drop in session and paid for my time in attending and writing these posts.

A couple of weeks ago I mentioned on here that the Post Office Broadband were teaming up with Google to host digital drop in sessions around the country, with the aim of helping people get to grips with modern technology. These sessions are part of a pilot scheme that the Post Office is hoping to make a regular thing and they are totally free to attend. 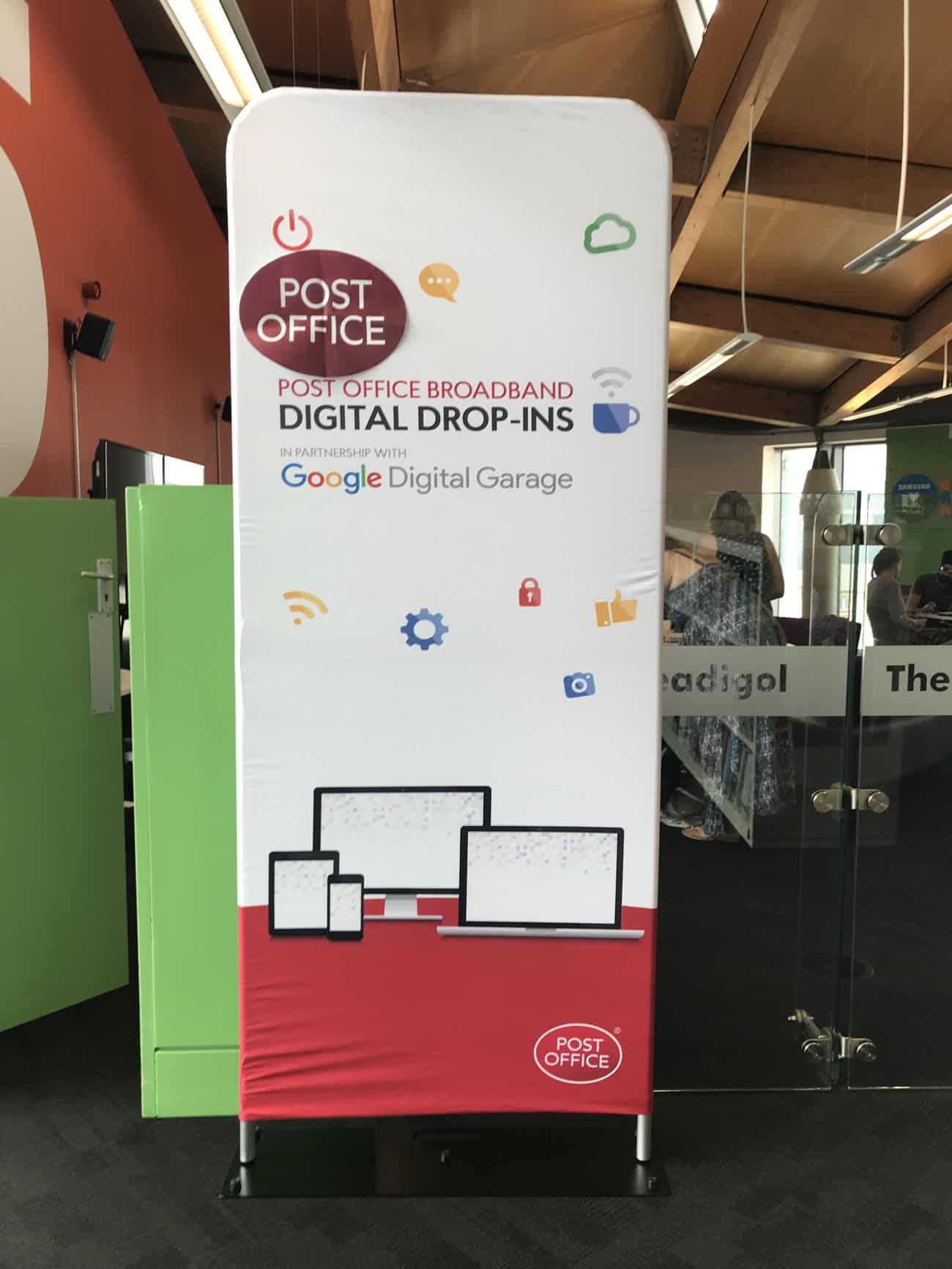 I went along to my local session in Cardiff on Friday and met the Post Office Broadband and Google team who were lovely and friendly. The session was held in Cardiff Central Library which is a great location as it's easy to get to by public transport or car and it has great facilities. There were tea and coffee and soft drinks available as well as biscuits and it had a lovely relaxed atmosphere. 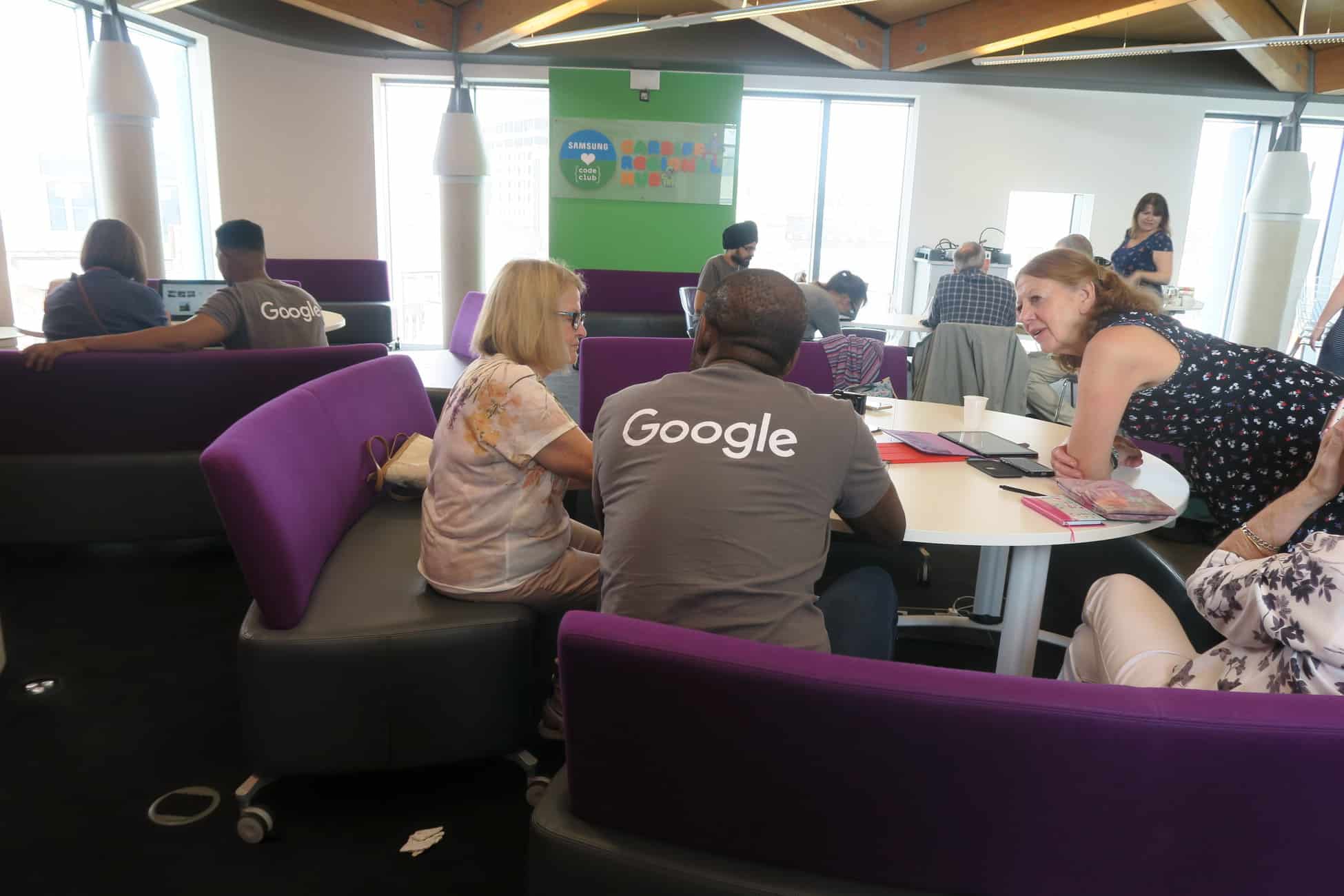 People popped in throughout the three hour time slot that we had and it was really lovely chatting to so many people about what they were looking for help with and the problems they faced with using modern technology.

We had a real mix of people drop in. Many of them were elderly and had been given mobile phones and tablets by their children but were unsure of how to use them properly. Some people had straightforward enquiries such as how to connect to the public wifi and check their balance on their phone. Others wanted help with storing photos and transferring them between devices. 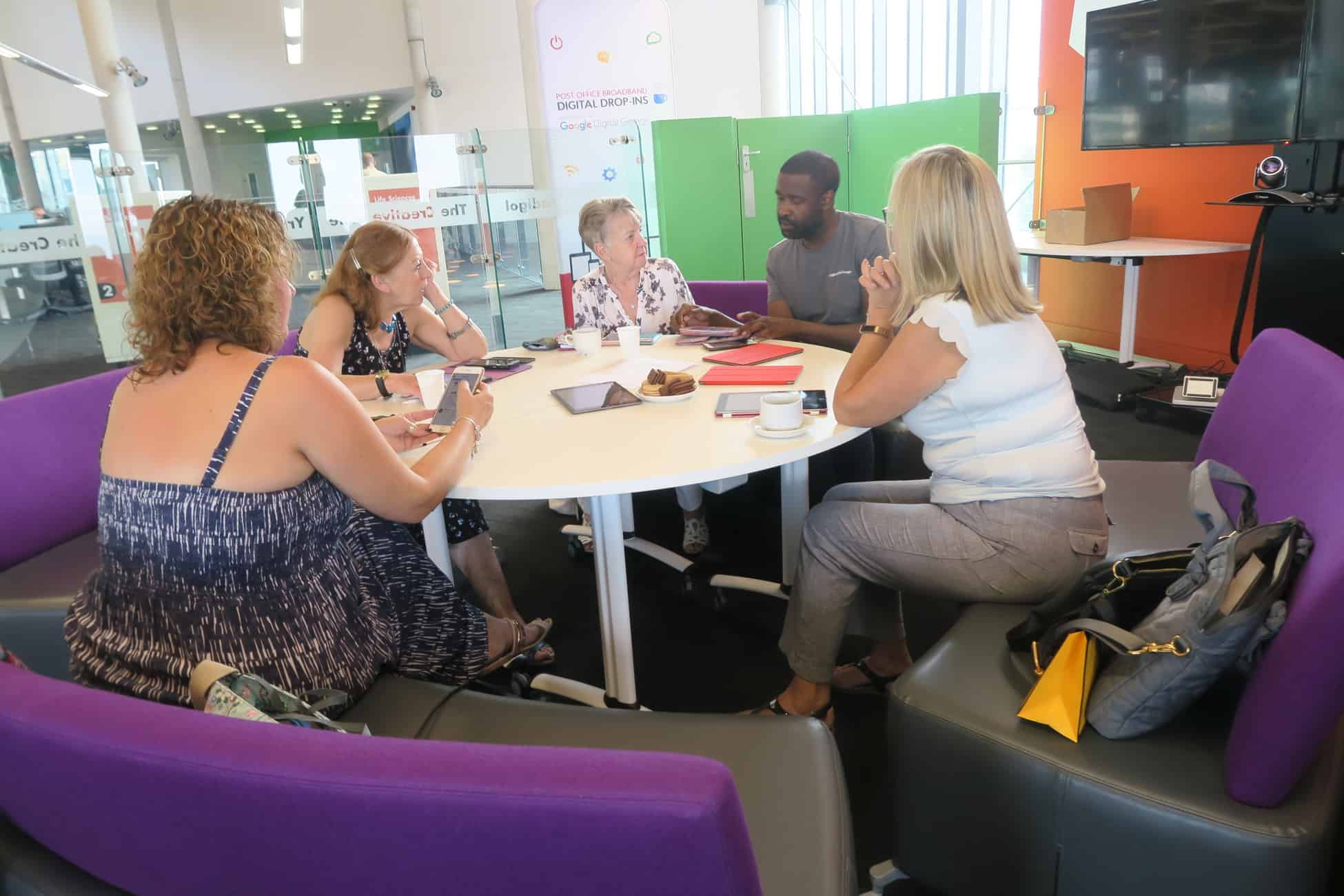 There was a gentleman who came in who had spent his life working with computers but had retired some years ago and had got stuck due to how quickly technology changes, a few simple pointers on how to download the latest operating systems and he was on his way!

Another gentleman I spoke with was building his own website but didn't know how to add a hyperlink into a webpage (I was pleased to be able to help him with that query!). He was also looking for pointers as to some courses he could do to get him up to date with the sort of technology he might need to use in the workplace. He left with some useful information and I hope that he finds a great job soon!

A lady wanted help with speeding up her old laptop and finding out what security systems and antivirus she needed on there. The Google team were fantastic with everyone, they were so patient and friendly and put everyone at ease. 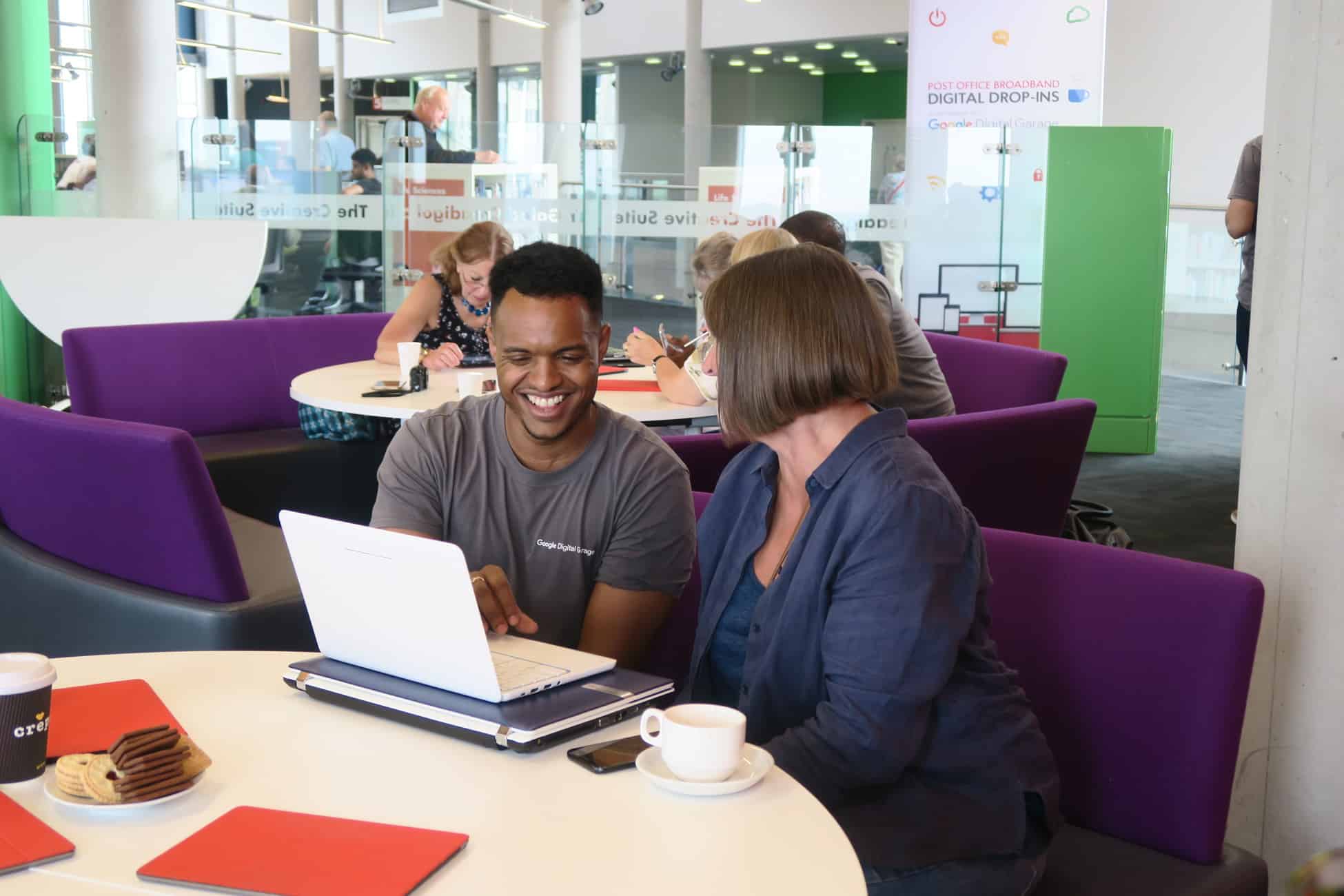 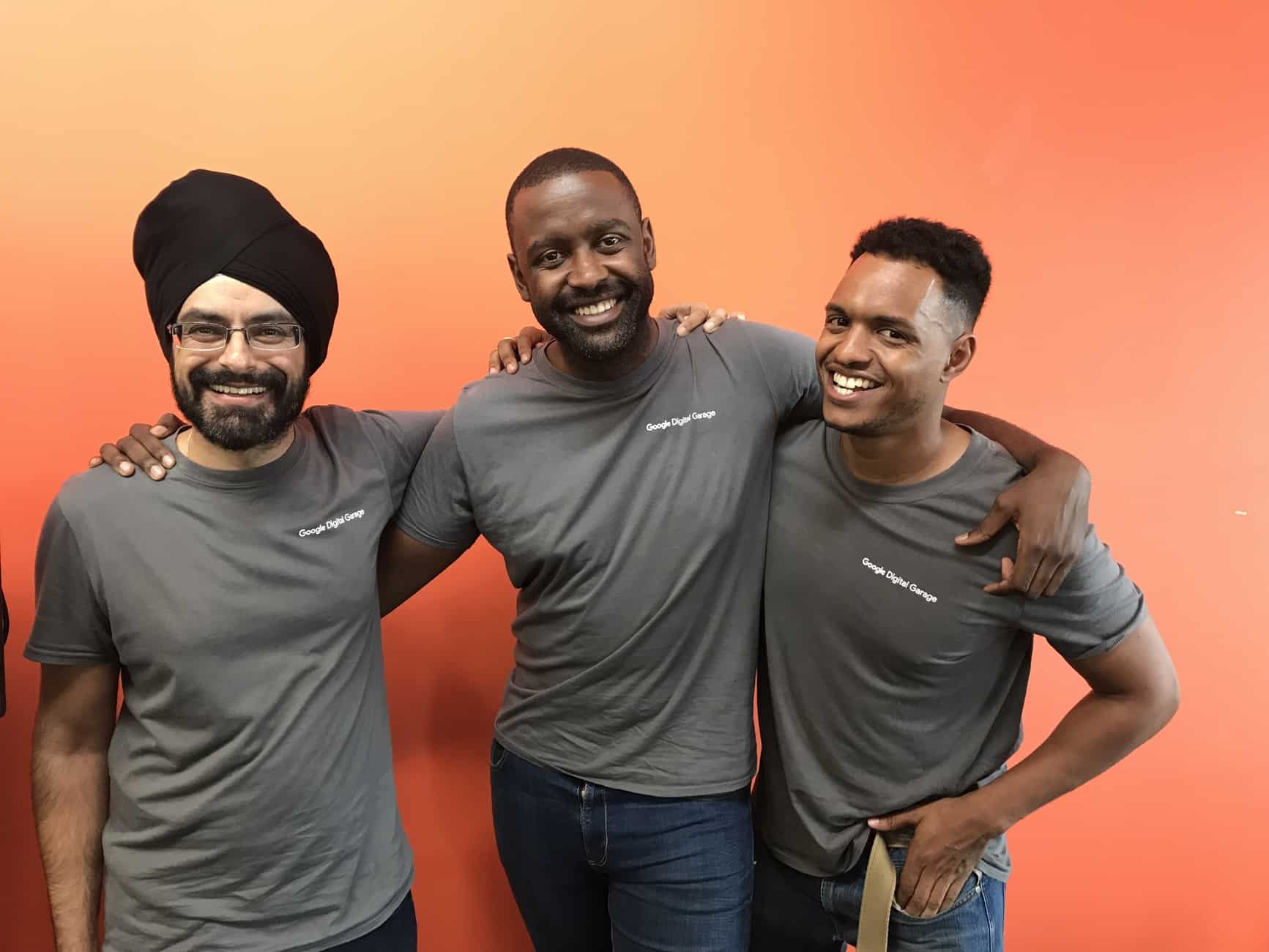 Everyone I spoke to afterwards was so happy with the help that they had received and went away with notes of what to do next. I know that lots of people will have gone home to have a good old browse of all the apps they can download in the Google Play Store, which many of them only discovered through the session! 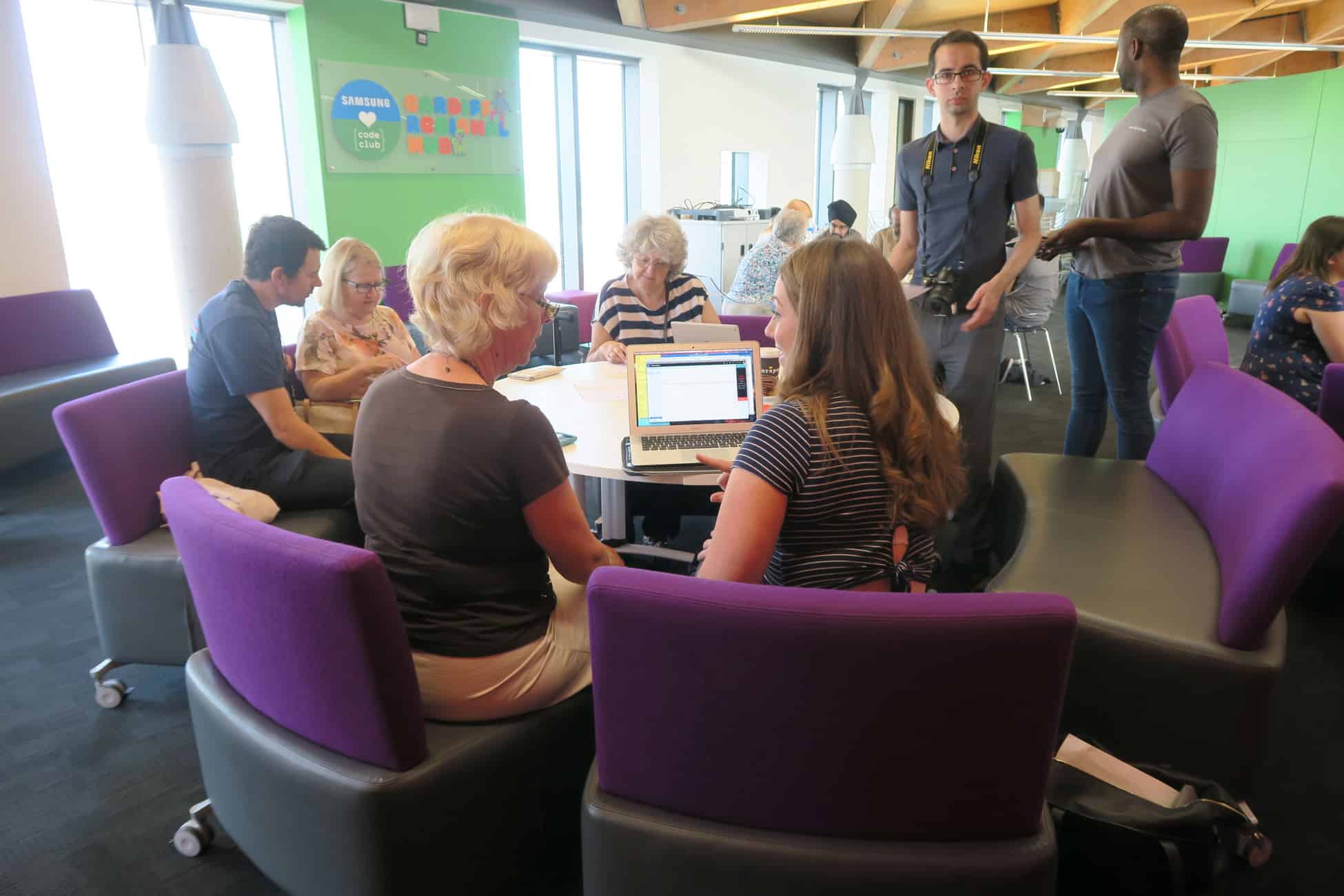 One of the ladies I chatted to had travelled quite a way to come along and was so pleased with the help that she had received that she said she would have been quite willing to pay for it and she was delighted that The Post Office were offering such a fantastic free service. Whilst she was in Cardiff she wanted to visit a famous Deli here so we introduced her to the maps app on her phone so that she could find it without getting lost so she left with even more information and help than she was looking for! 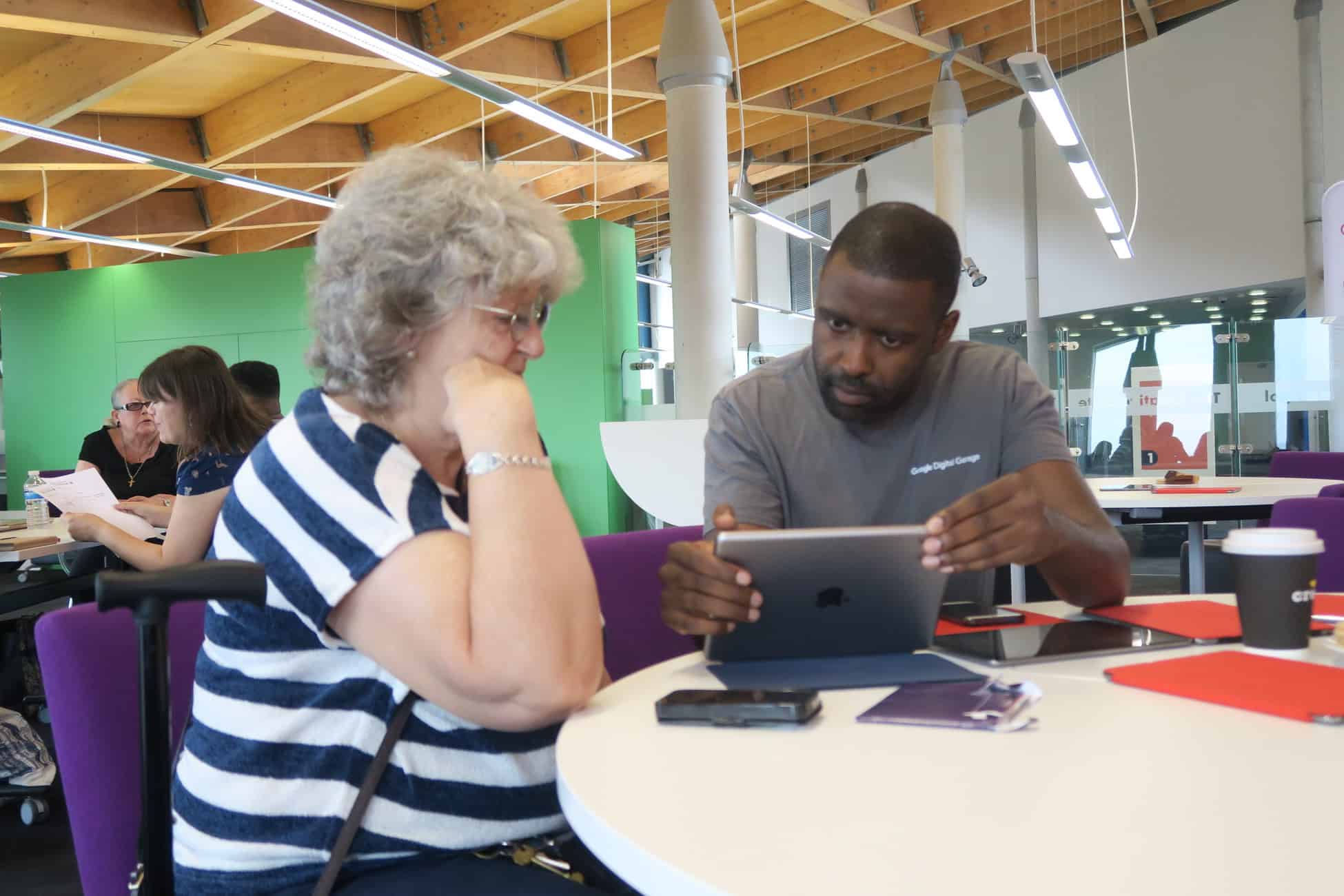 Personally I hadn't really been aware previously that The Post Office offered a broadband service and I am really impressed at the how helpful they are as a company, not only to their customers but also the general public, offering free sessions like this to help more people to get online and enjoy the benefits that can bring. I can see that The Post Office Broadband are a trusted and helpful broadband provider.

There are two more digital drop in sessions planned and hopefully as the pilot scheme has been a real success they might continue in the future so do keep an eye out for them.

Could you use some help keeping up with the digital world or maybe you know someone who could benefit from this?

Thank you to The Post Office Broadband for inviting me along for the day, it was really interesting and so great to chat to so many wonderful local people and hear their stories. It is really lovely to be able to help some of them with their queries too!