So now he is two I don't think I can call him Baby S anymore! So Little Boy it is! We had a lovely day celebrating his birthday. The girls were so excited and woke him up to say happy birthday! Then we came downstairs and he opened his presents. He only had a couple as his big presents were a toy garage and a scooter and they couldn't be wrapped. I thought he wouldn't be bothered with opening things but he did like ripping the paper open a bit! 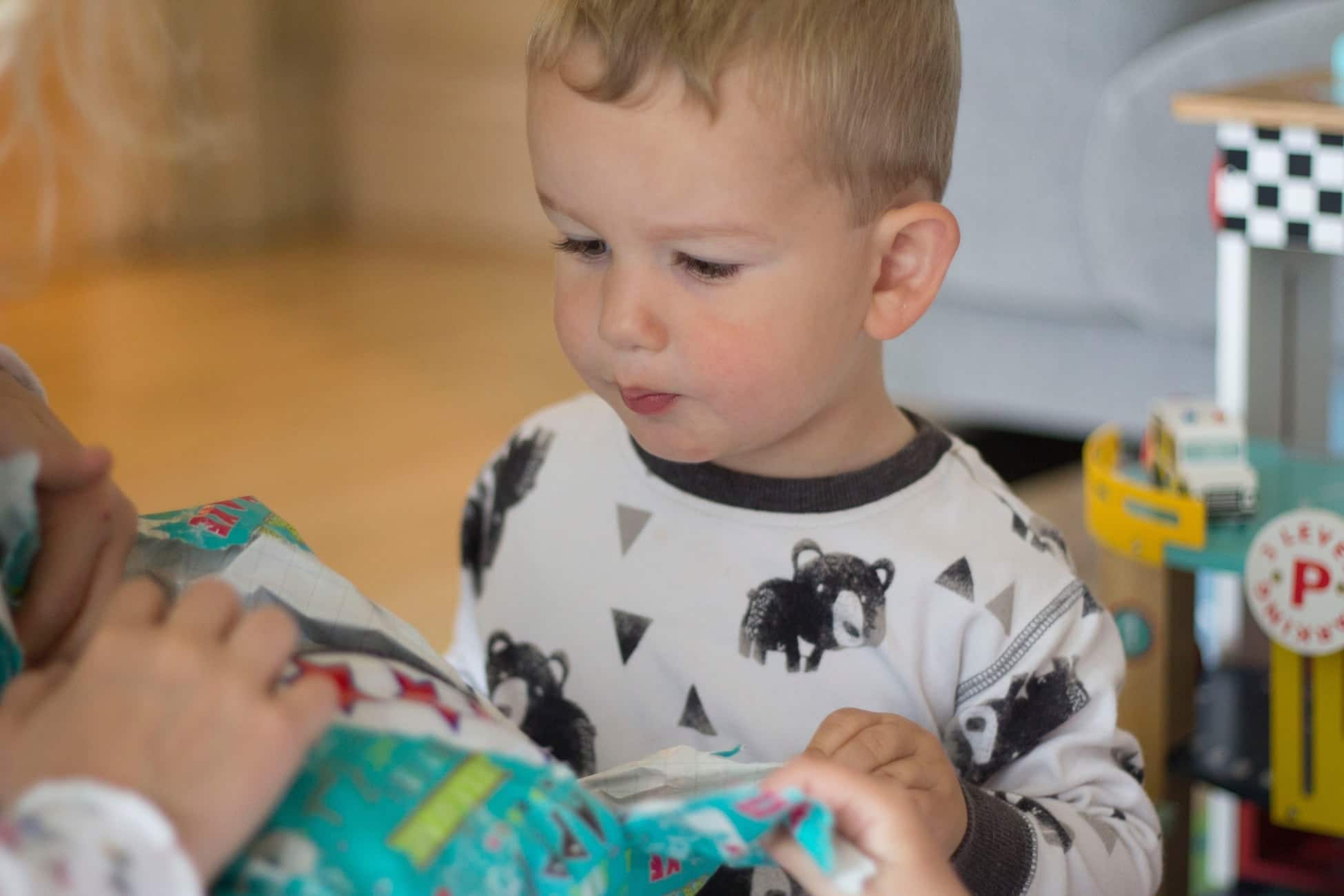 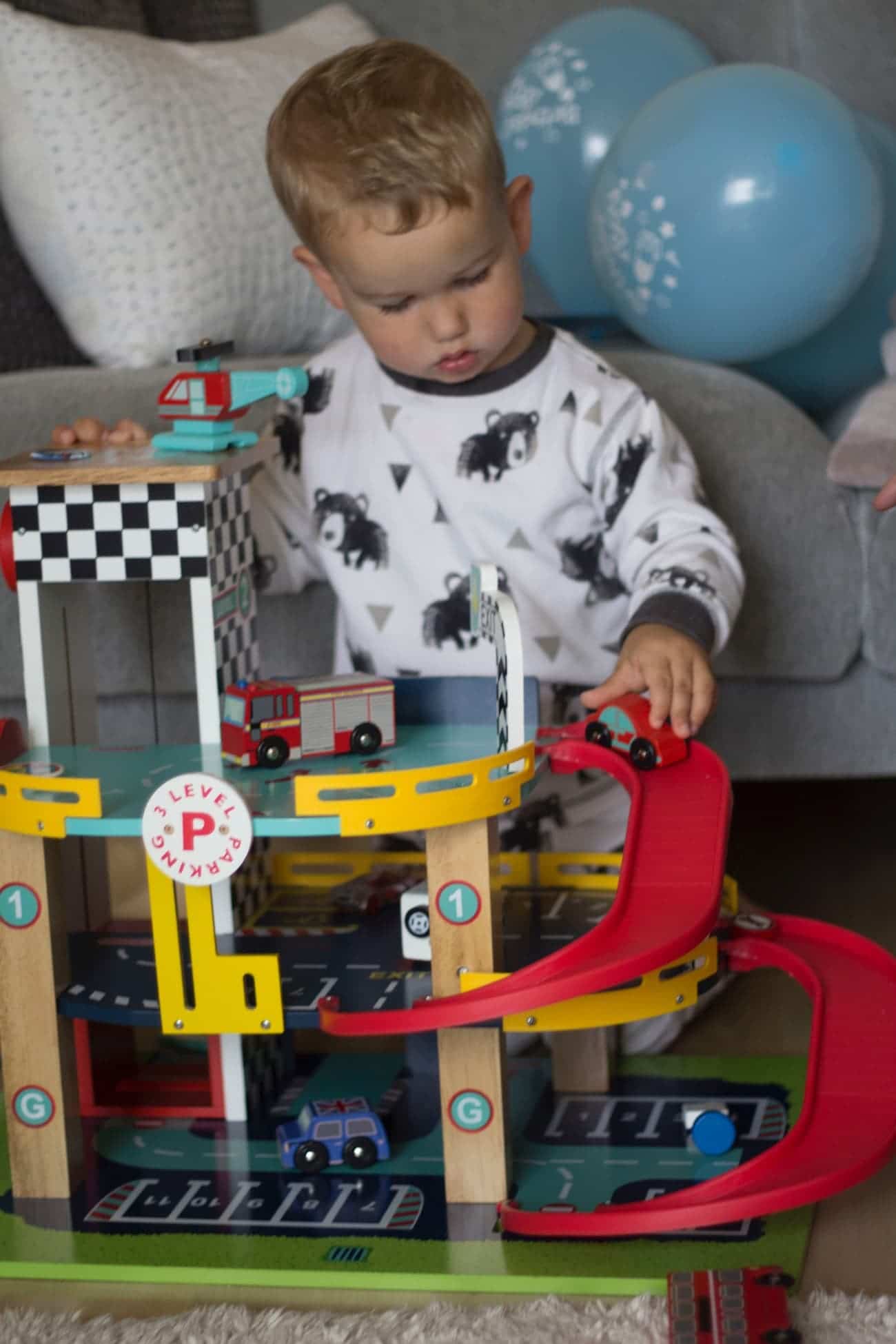 After breakfast and taking the girls to school the hubby took the morning off work and we headed down to Cardiff Bay for Techniquest's Toddler Day.

Little Boy loved it - he loved running around and touching and playing with everything. He got soaked in the water play despite wearing an apron and he ran around having fun at the little disco. 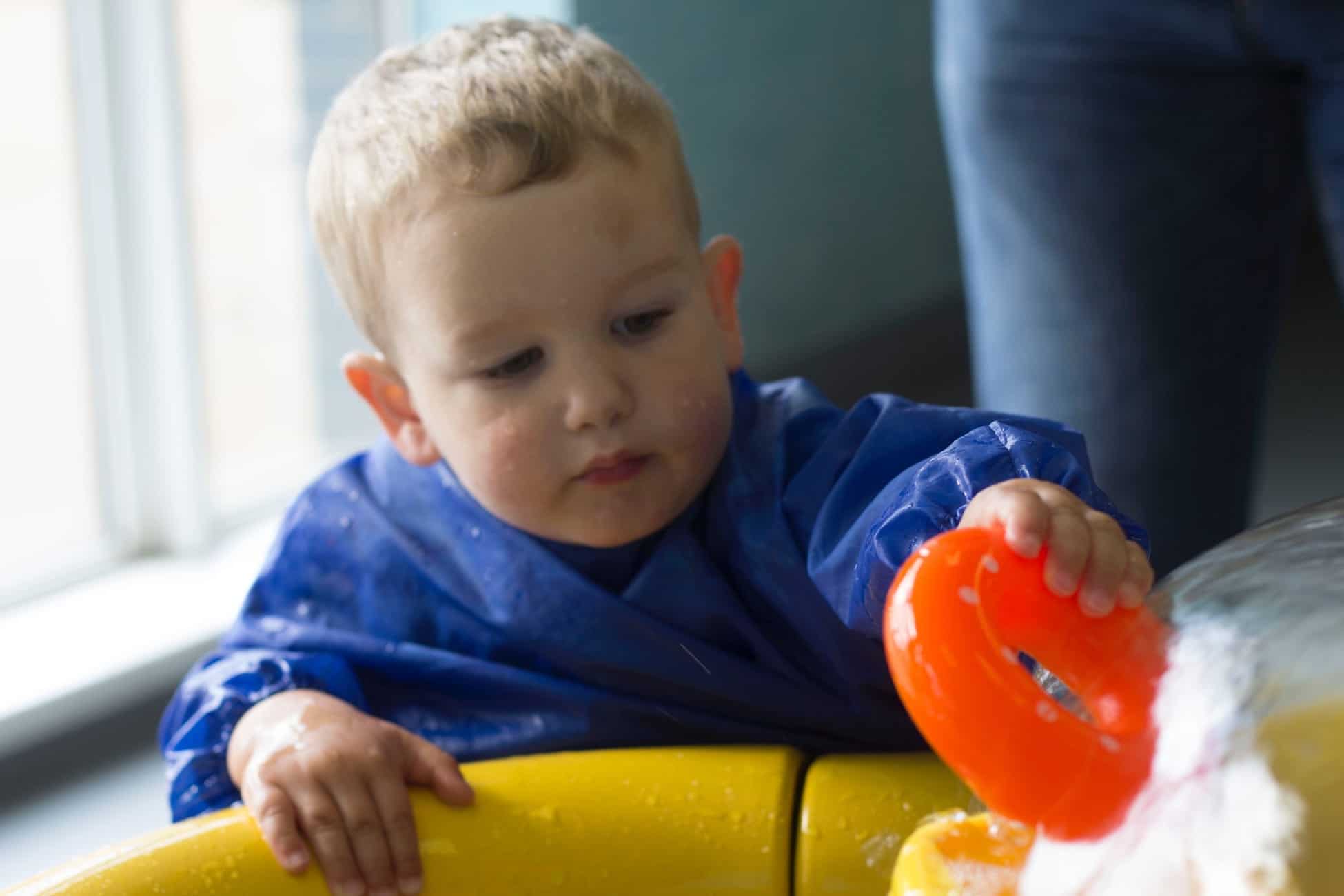 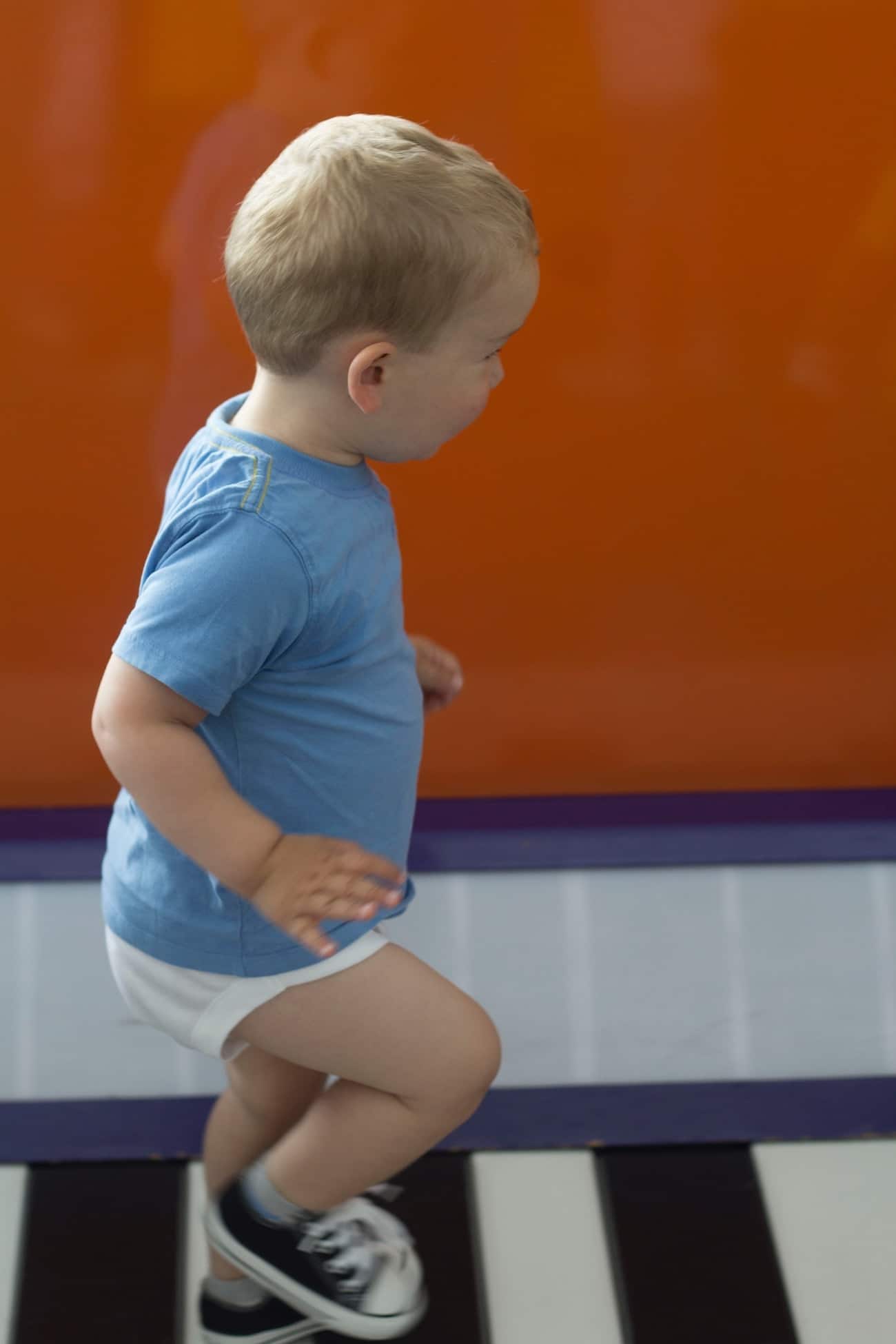 After a couple of hours there we walked into the Bay and had a light lunch in Costa before taking Daddy into work. I then took Little Boy into Cardiff to buy him a Build a Bear toy from his sisters. He was so worn out from the fun of the morning though that he fell asleep! So I bought the bear (a monkey) and hid it away so it would be a surprise when the girls gave it to him. 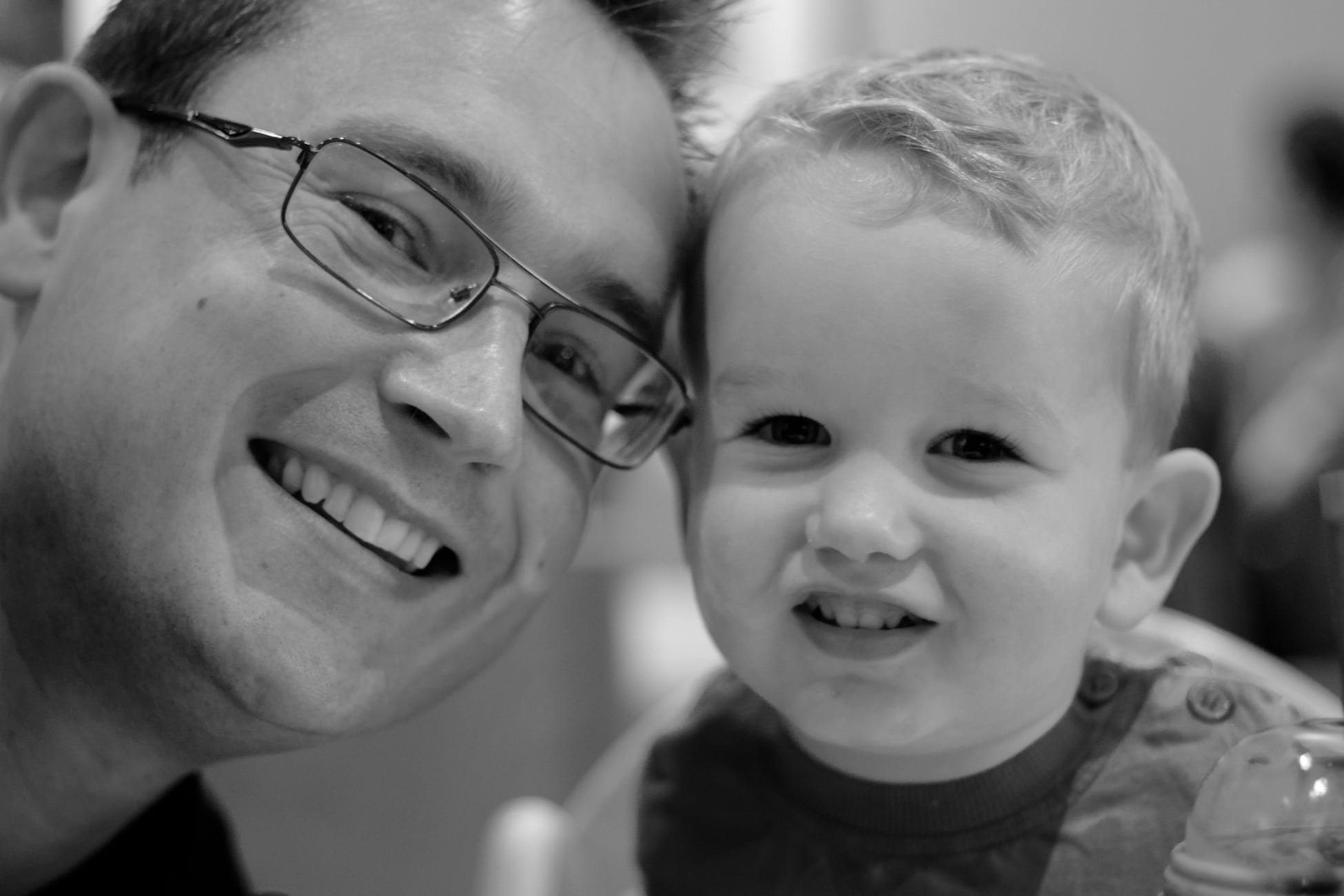 We then had our usual Friday routine of ballet lessons. But we made sure we played football in the park whilst we were waiting for the Little Miss J and he had lots of fun with his big sister. 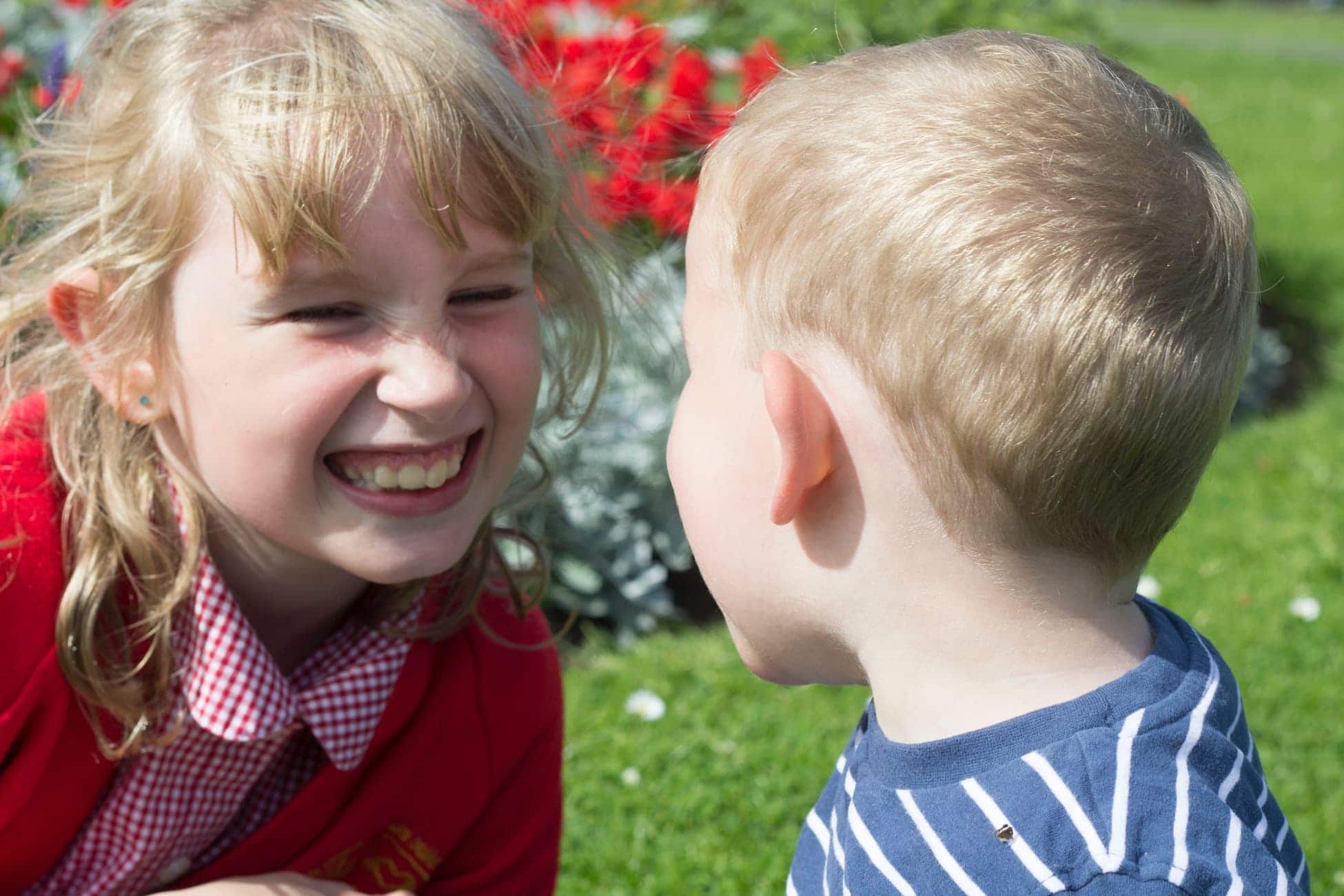 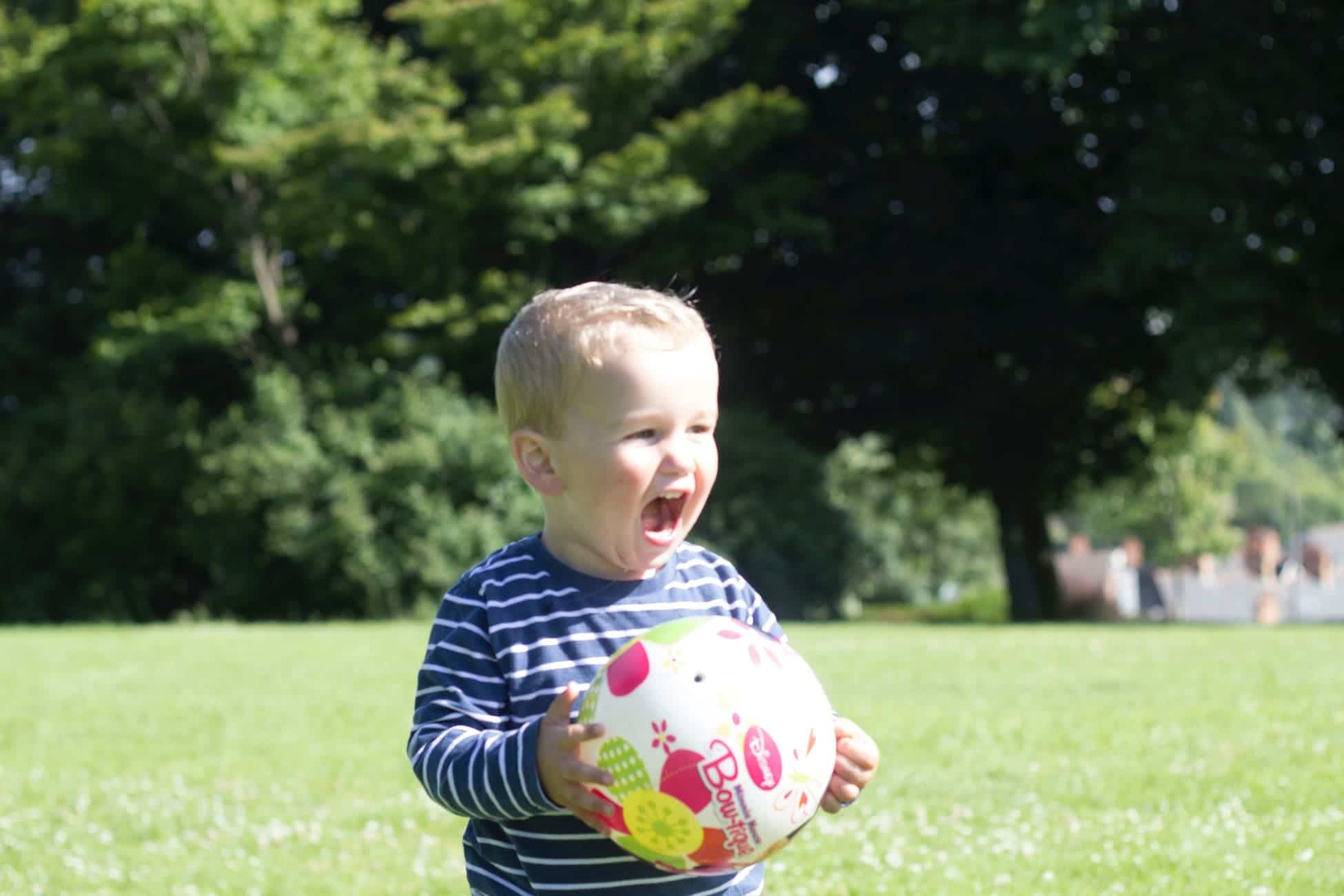 When everyone was home for the evening we sang him happy birthday. He was so happy to see his "choo choo cake". It really made my year that he loved it so much - it was well worth all the hard work! He even managed to blow out his candle on his own after he was shown how! 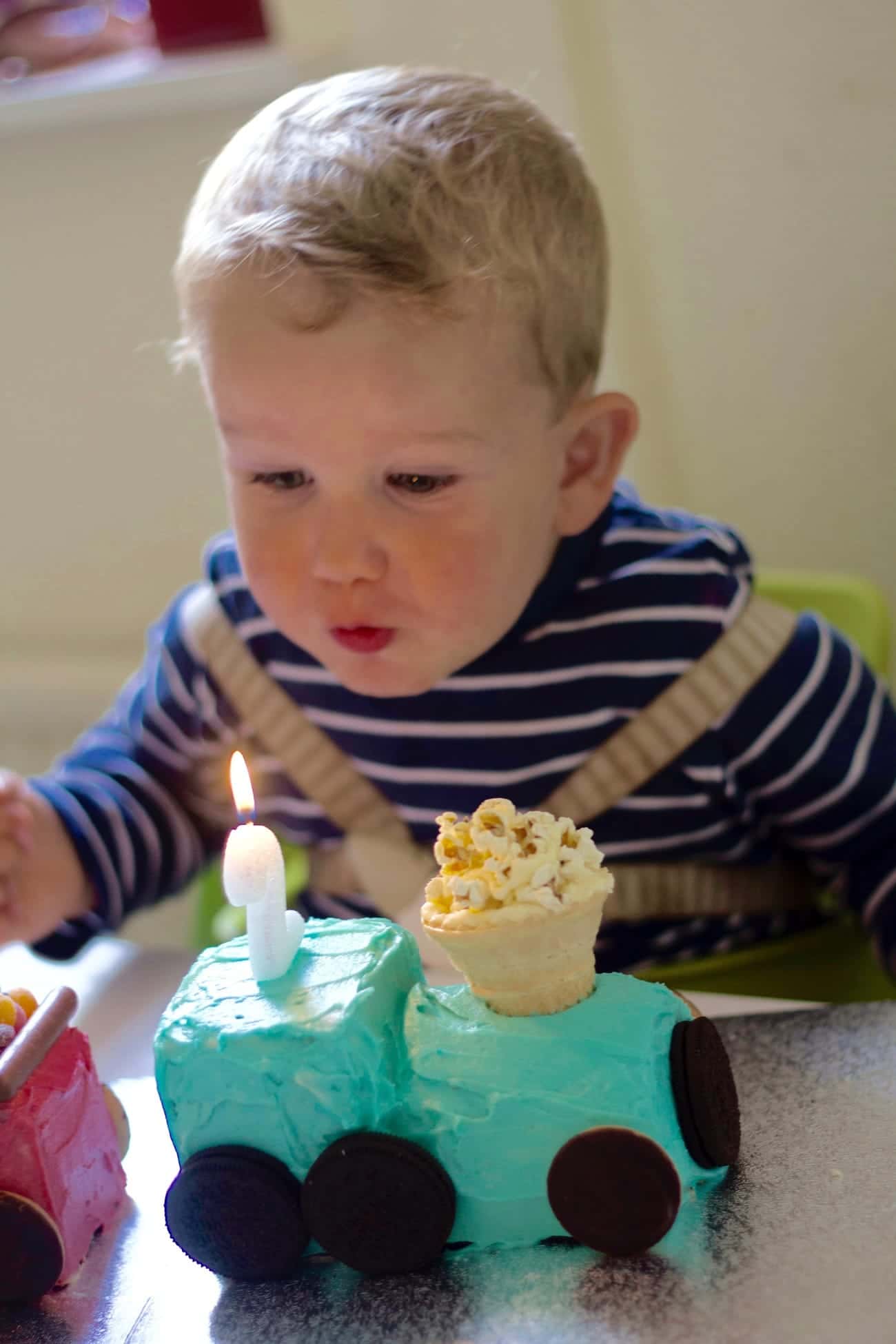 We finished off the day with a little scoot in the gardens opposite our house. I think he'll get the hang of scooting in no time! 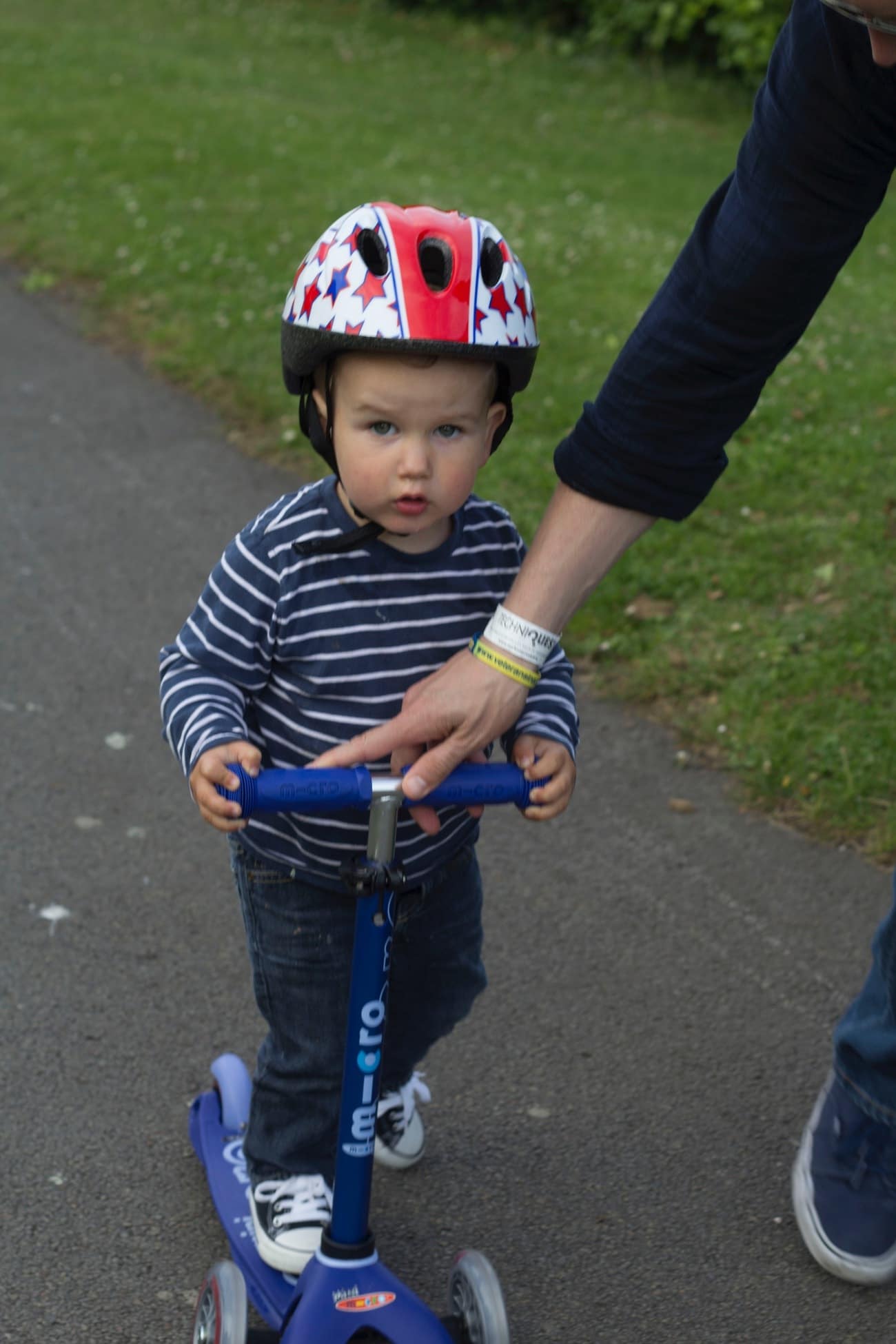 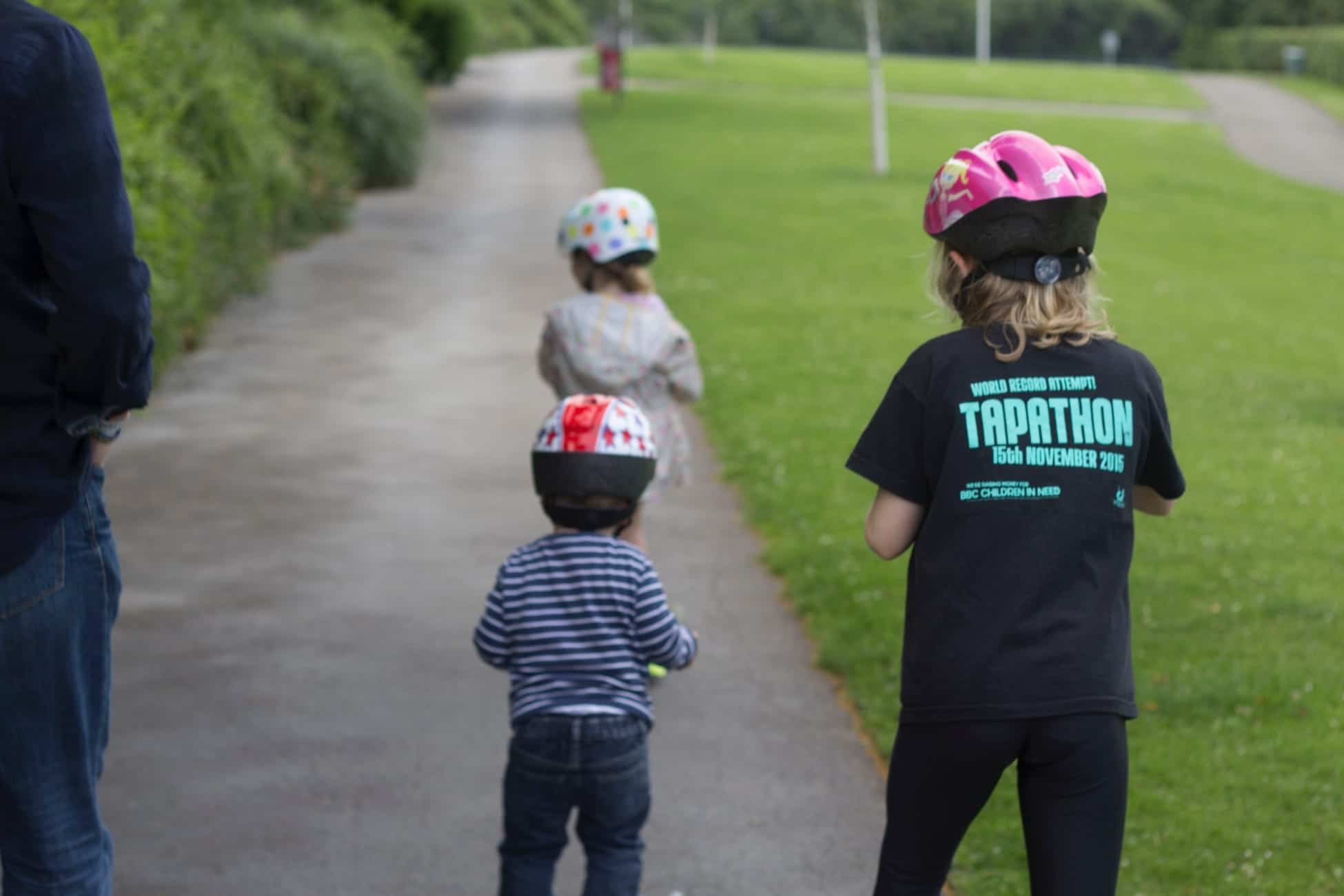 We had a lovely day and fitted so much in. I love celebrating birthdays, they are so special. I even managed to make a little video of it so I can show him in the future.

Hasn't he come on since his last birthday?!