Into The Woods Review

Last night, hubby and I joyfully skipped into Cardiff to watch Into The Woods at Cardiff Open Air Theatre in Sophia Gardens. I wrote earlier in the week about the run of performances the Everyman Theatre Company are putting on there, you can read about them all here if you missed it.

I love visiting the theatre but I have never been to a proper outdoors performance before and didn't know what to expect. I was so pleasantly surprised, we parked in Sophia Gardens and walked a few metres to the enclosure. There was a bar and seating and tables under cover. The bar served alcohol, tea, coffee and hot chocolate as well as snacks such as crisps and chocolate and was very reasonably priced (a whole bar of Galaxy chocolate cost £1).

There was pizza available too from the Dusty Knuckle Pizza company which I might try one night! I took my husband and met up with the lovely Debbie from An Organised Mess and we had a lovely chat outside before the show started.

When it was time to go in, all seating is undercover and provides a great view of the stage. Because everyone is seated together and you are undercover I wasn't that cold but next time I'll take a thick jumper and won't wear open toed shoes which should make me warmer. You can hire a blanket for £2 which some people did in the second half, and I noticed that some people had brought their own.

The show itself was absolutely brilliant. I can't praise it enough! I'd not seen Into The Woods before and I loved the plot and storyline and it was brought to life brilliantly on stage in this performance. Seriously, the quality of acting was second to none, the singing was awesome and the energy and vigour they put into the show was contagious. It was a long show, it started at 8 and finished at 11 with a 2o minute interval but it captivated my attention completely for the entire time.

If you haven't seen the show before it tells the follows the story of a childless couple who have been cursed by a witch because of some stolen beans. 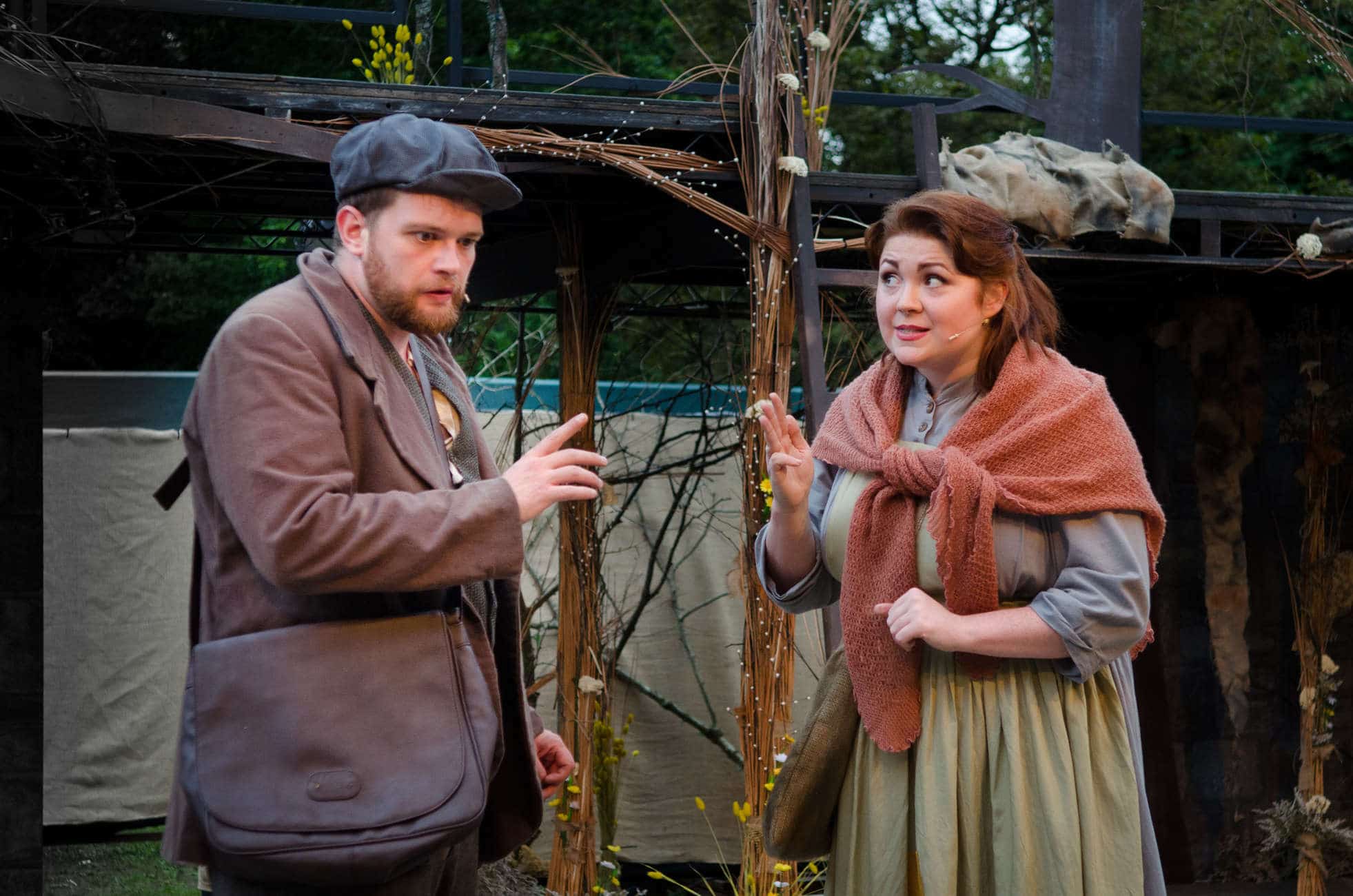 To reverse the curse they are sent on a hunt for four items which brings them into contact with Cinderella, Jack and the Beanstalk, Rapunzel and Red Riding Hood. 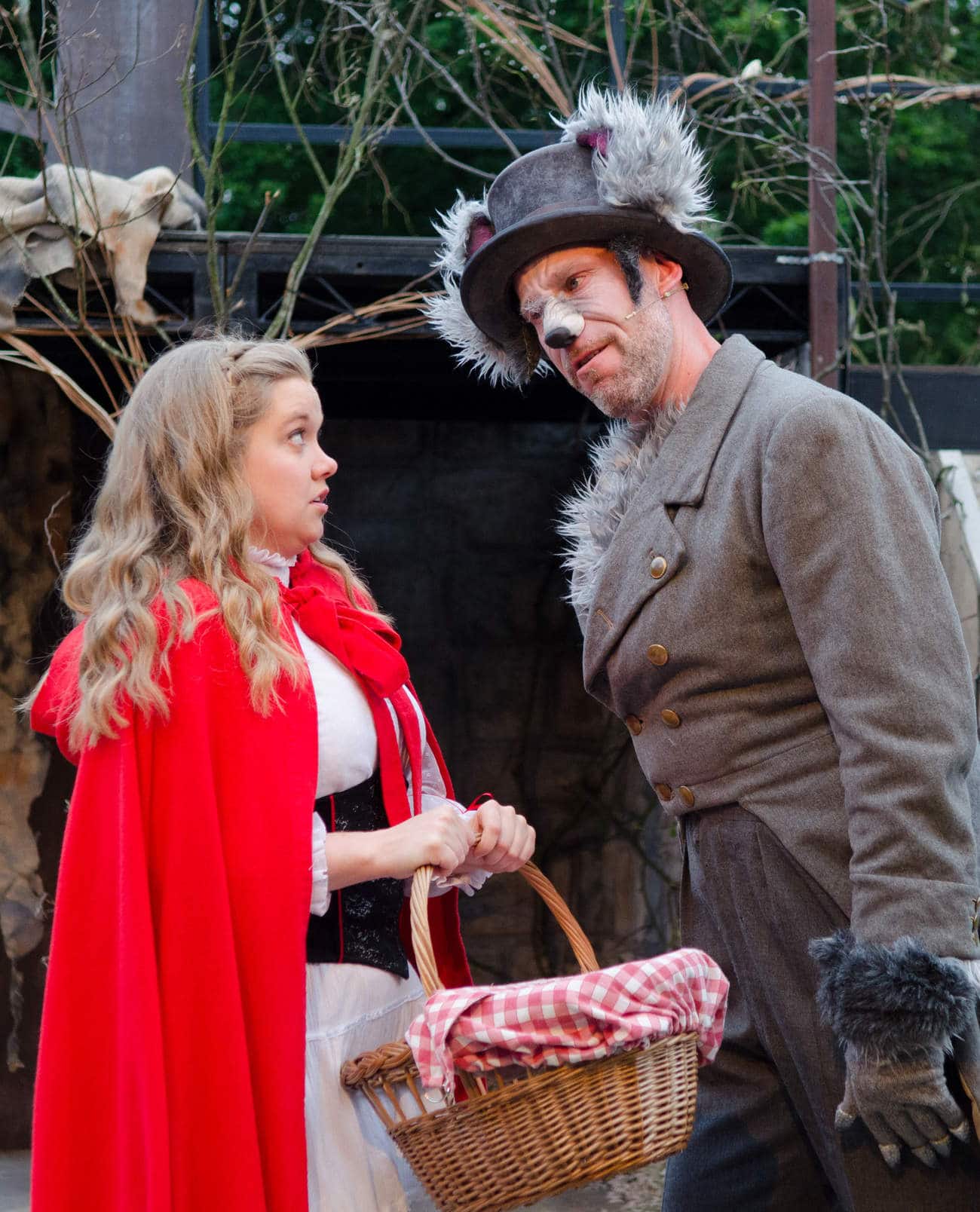 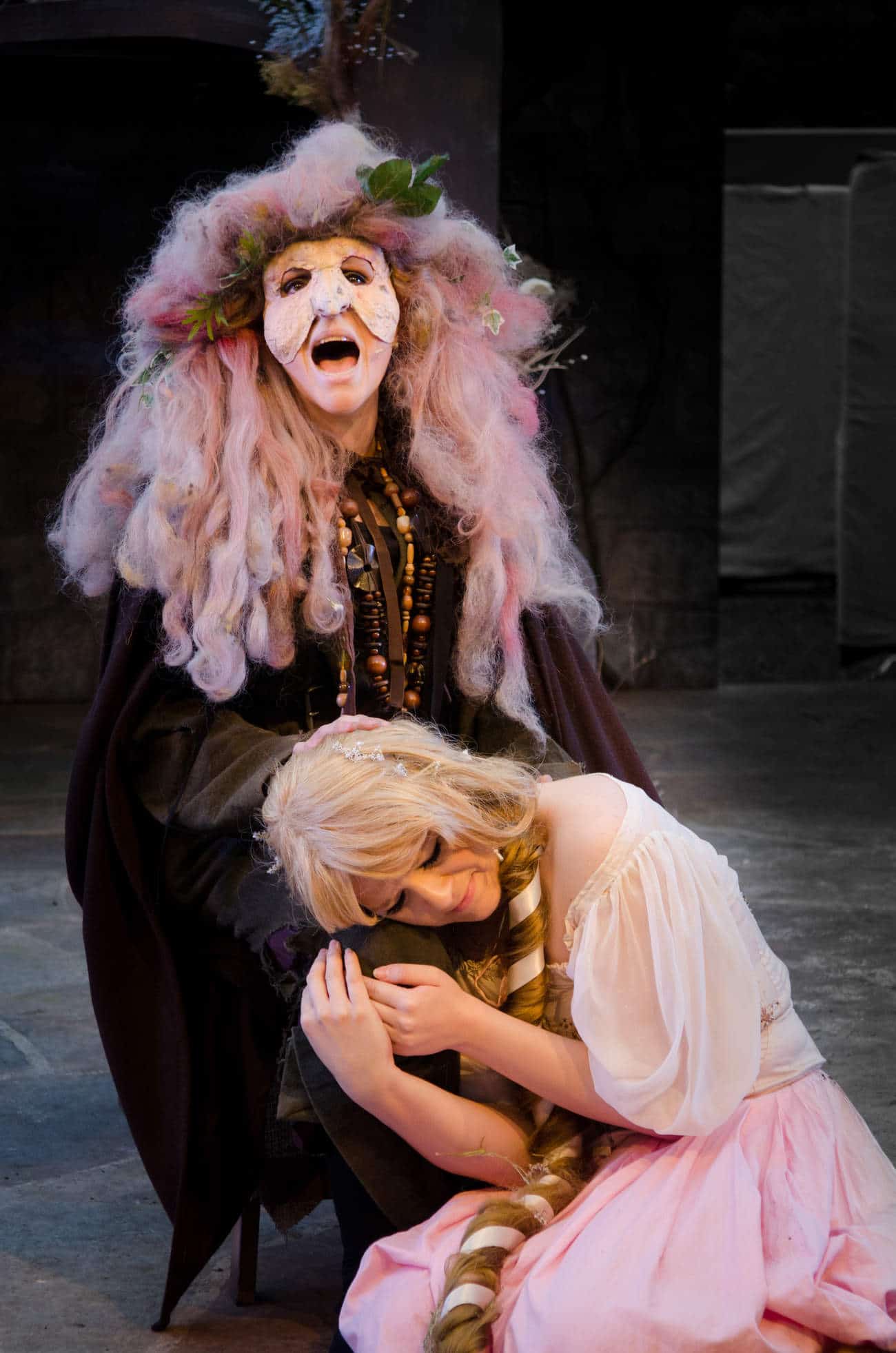 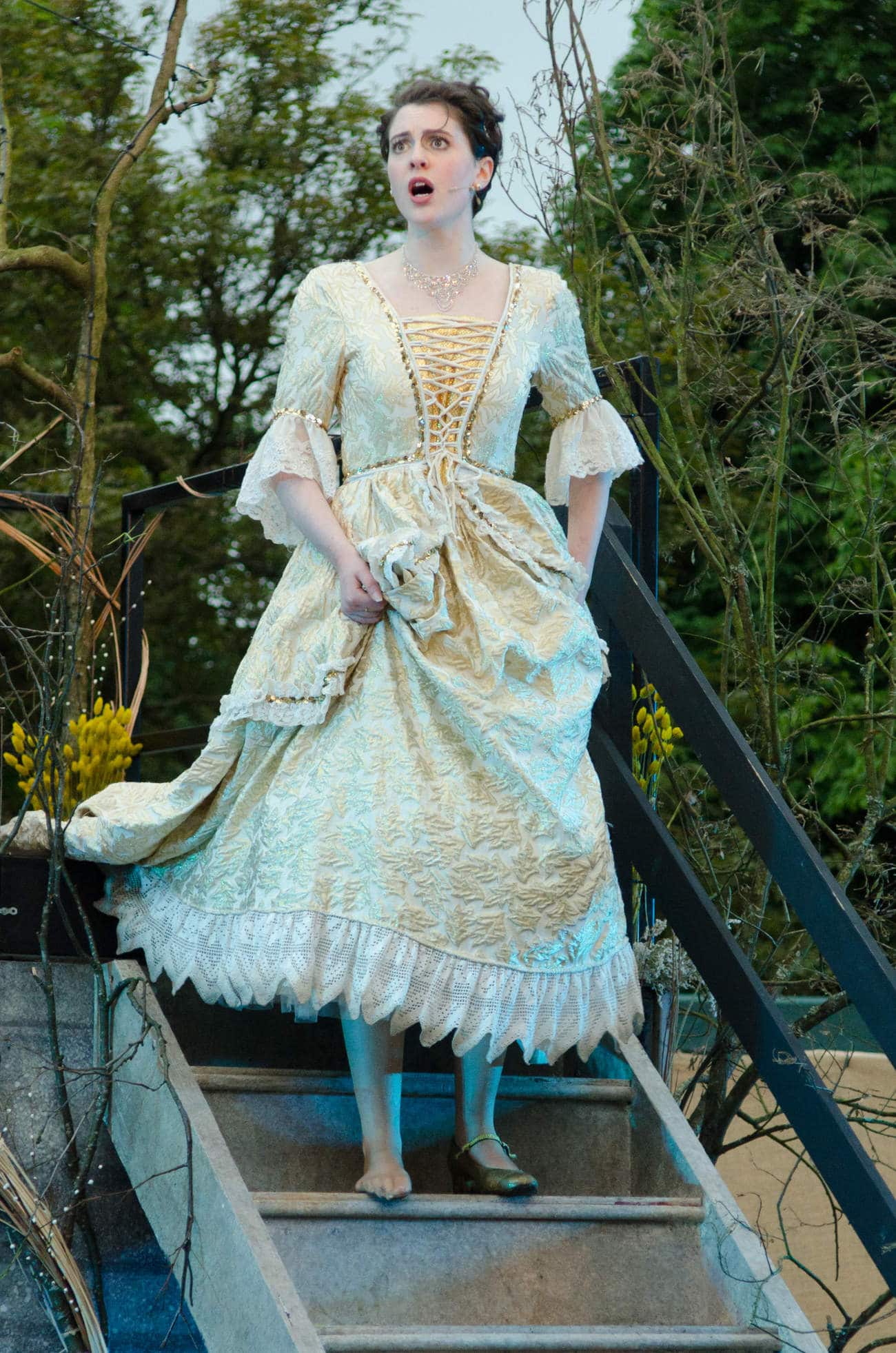 We see everyone get their happy endings and what happens after that happy ending too. The show was hilarious and full of genuinely funny moments and some very clever acting. 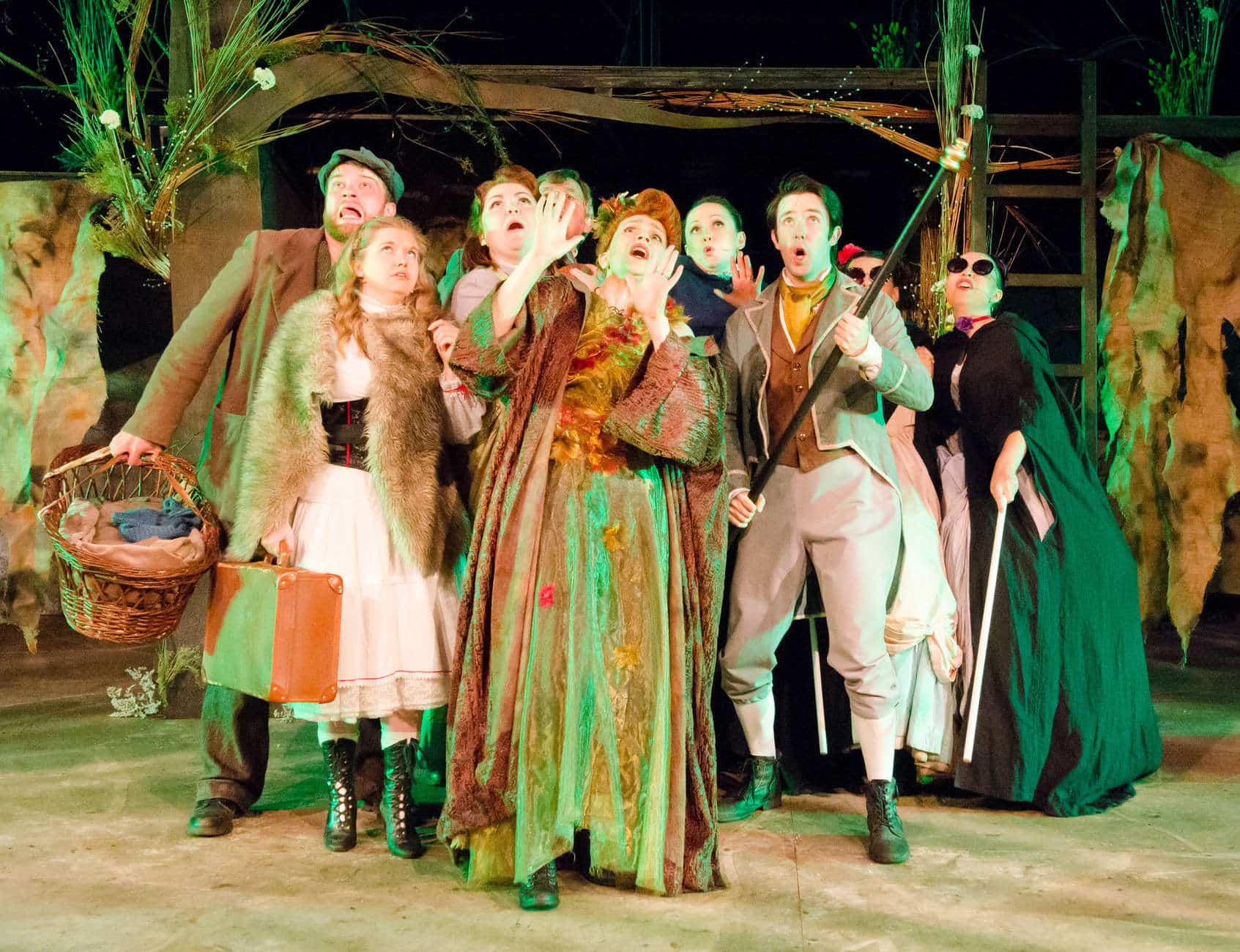 The staging was brilliant and very effective and was accompanied by live music from an orchestra set up to the side and undercover.

I can't tell you how much I enjoyed the show, the hubby and I agreed it was the best night out we had in ages. It is showing until the 2nd of July 2016 and from £15 a ticket it is a real bargain in my opinion. If you can make it over to watch it you won't regret it. There are still tickets available and you can book them here.

Next up in the schedule for Cardiff Open Air Theatre Festival is 'Allo 'Allo from the 7th - 16th July. I can't wait, come back to see what we thought.

Disclosure - we were gifted tickets for the purpose of this review. All opinions are honest and my own.