Every year I write a post about the time of my children's birthday, looking back upon the past year and sharing a photo from each month. My precious little girl turned 6 last month so it's that time again! She is an absolute joy of a child to have around. She is so empathetic, and knows when I'm feeling sad or stressed and works really hard to look after me and behave nicely.

She still suffers with nightmares and is quite sensitive generally. She still gets upset going into school and leaving me and will take offence easily if one of her friends upsets her. She's doing really well at school though and has some lovely friends. I still see her as a 3 year old I think and it surprises me to look at her and see she has lost her baby fat and is getting tall and is very capable. She is definitely a home bird still though, and if she could choose to be anywhere it would be home with me.

So here are her best moments of her 6th year...

She was so excited to join Rainbows like her sister before her. Bless her, she had a hand-me-down uniform and she was so delighted with it. She still goes and absolutely loves it every week. 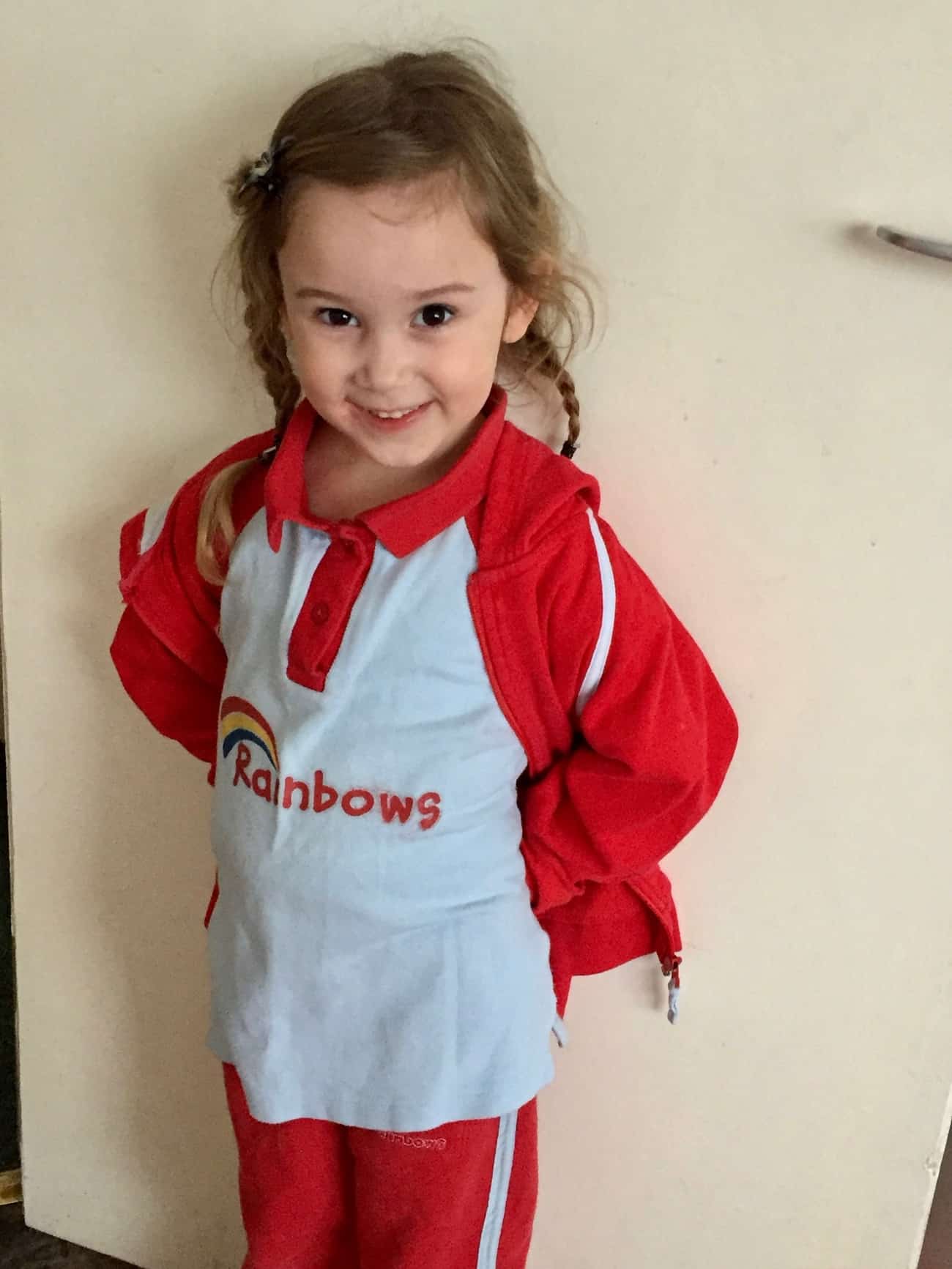 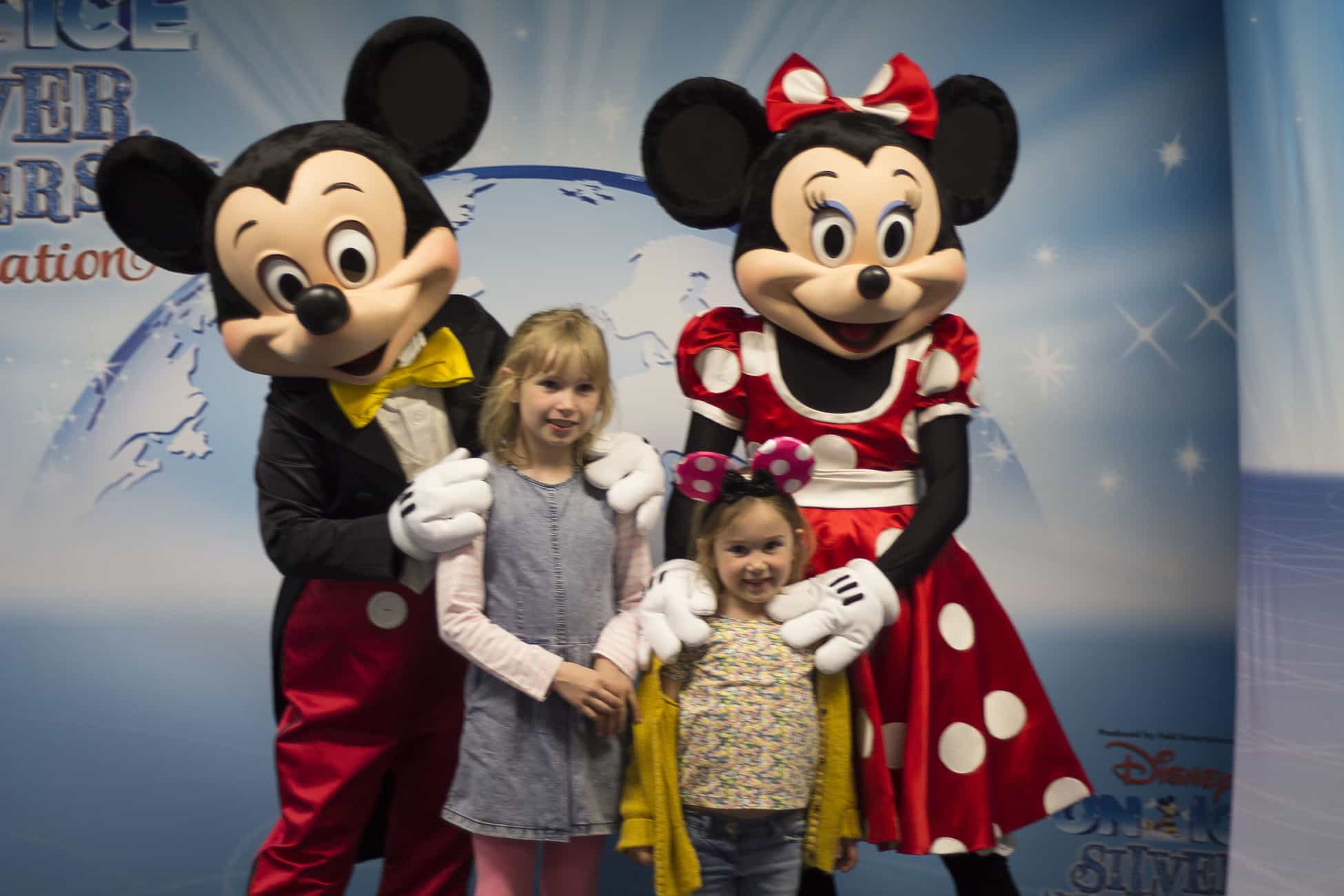 We went to see Disney on Ice which was absolutely spectacular. We all had an amazing time and she got to meet her heroine Minnie Mouse! 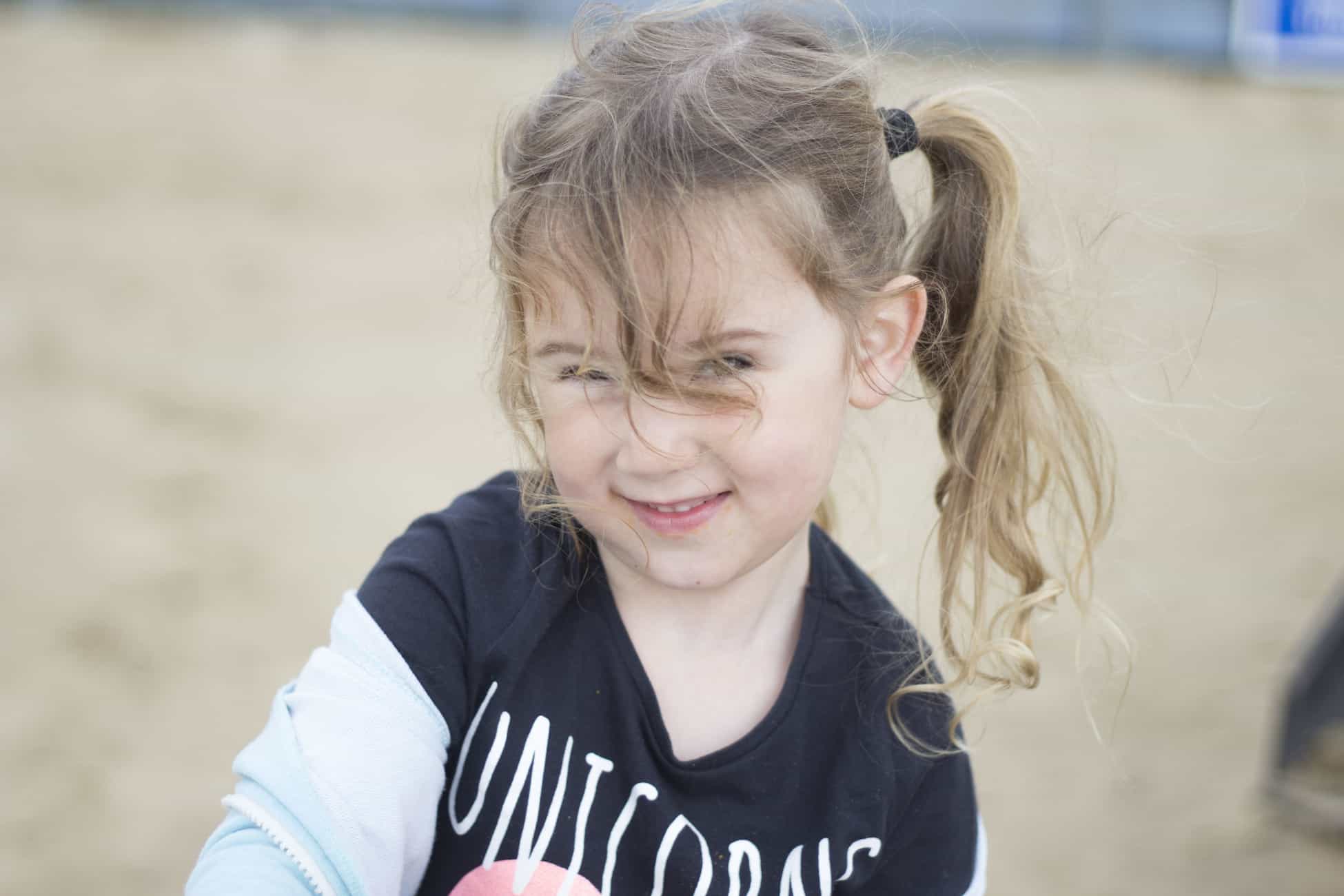 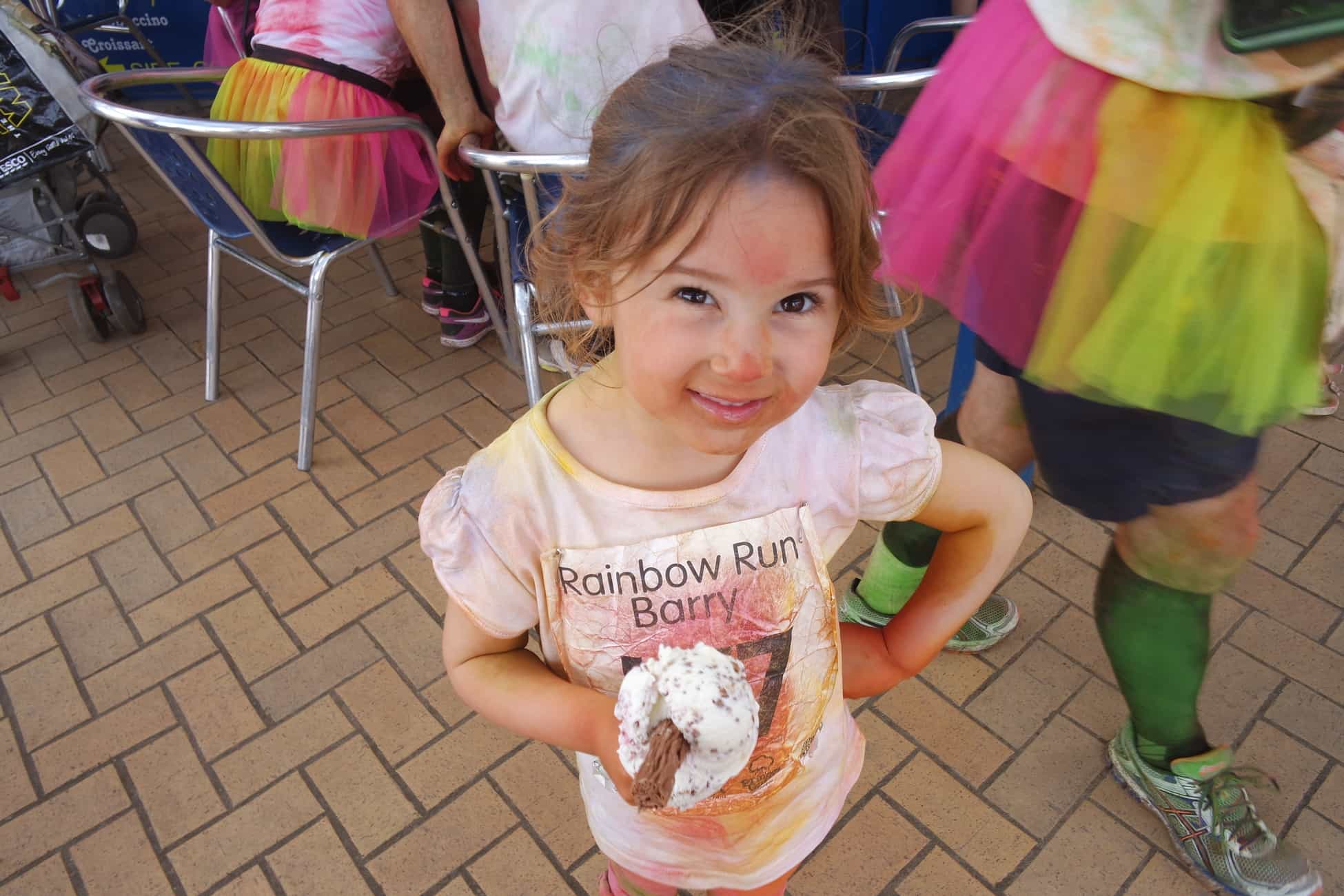 May saw us really be able to take advantage of our new house and it's location on the beach. We spent such a lot of time there, because we were having so much work done on the house. It was so lovely to be able to take a picnic across and spend the afternoon there after school. We also took part in the Rainbow run for Ty Hafan in May. Little Miss J didn't run a single bit, poor Daddy carried her the whole way around but we raised some money for a great cause. 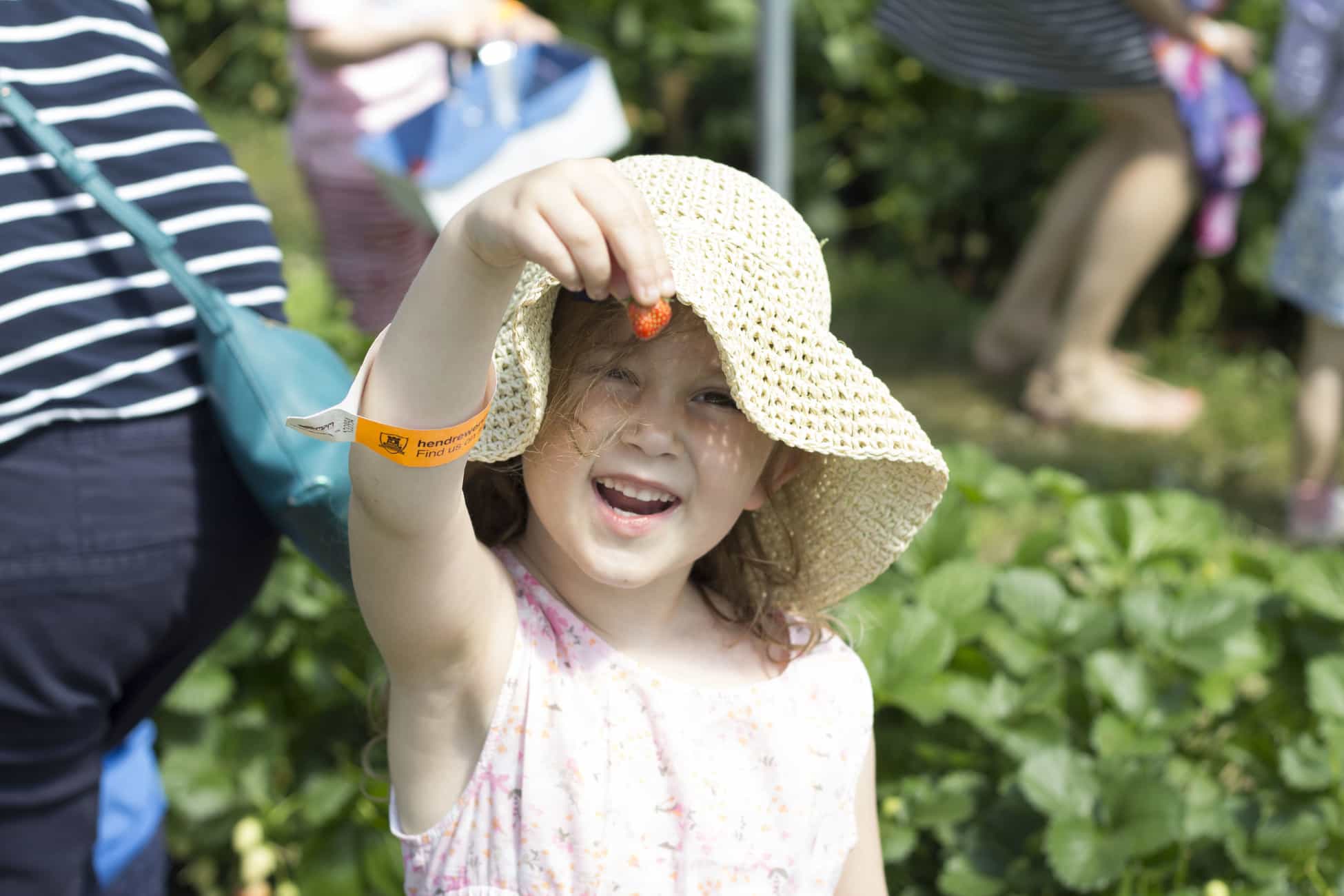 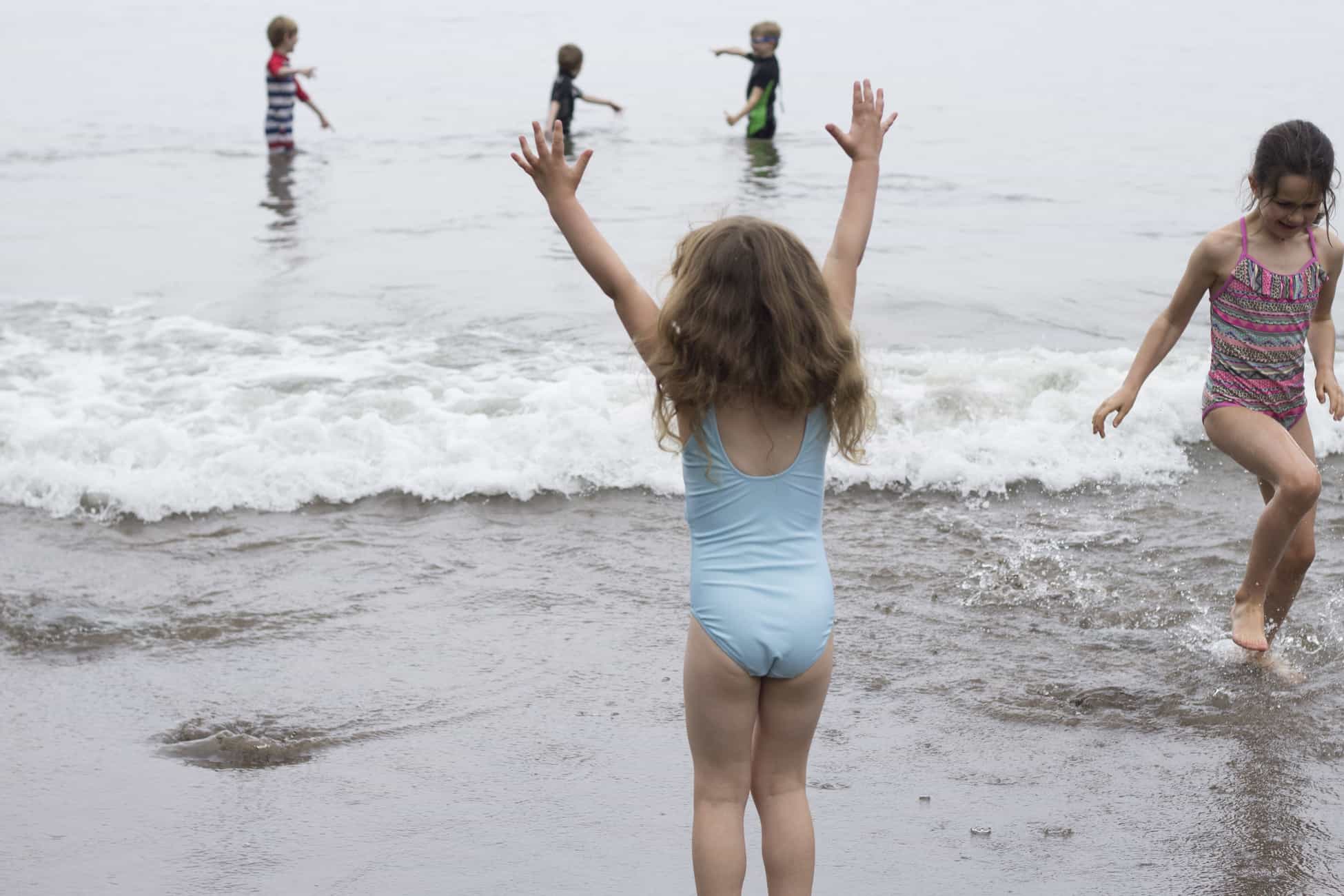 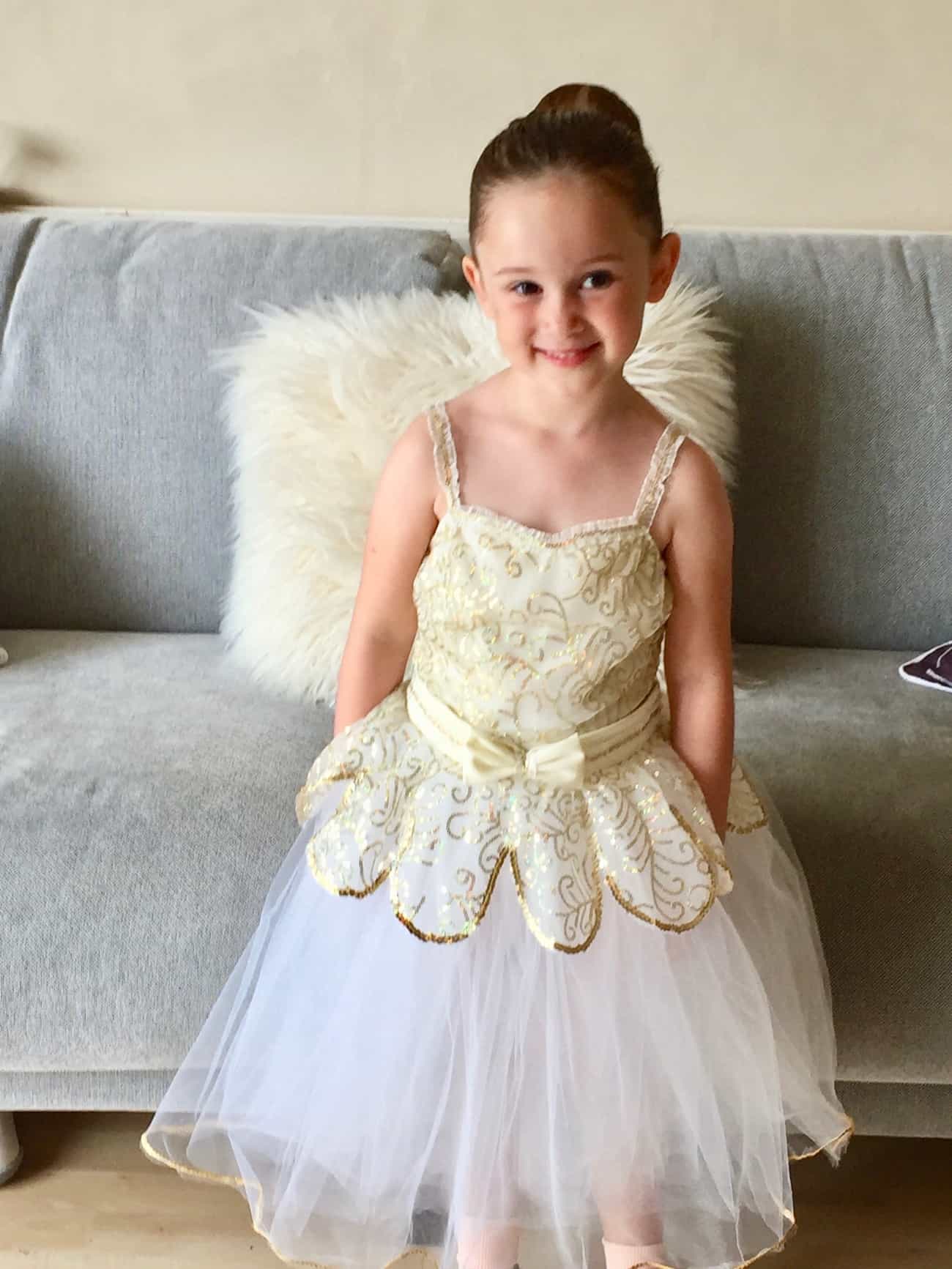 We enjoyed more of the outdoors in June and went strawberry picking and on a lovely little holiday with our church to Devon. The weather wasn't great while we were in Devon but that didn't stop the children enjoying the sea! Little Miss J also took part in her medal test for ballet - doesn't she look gorgeous in her dress! 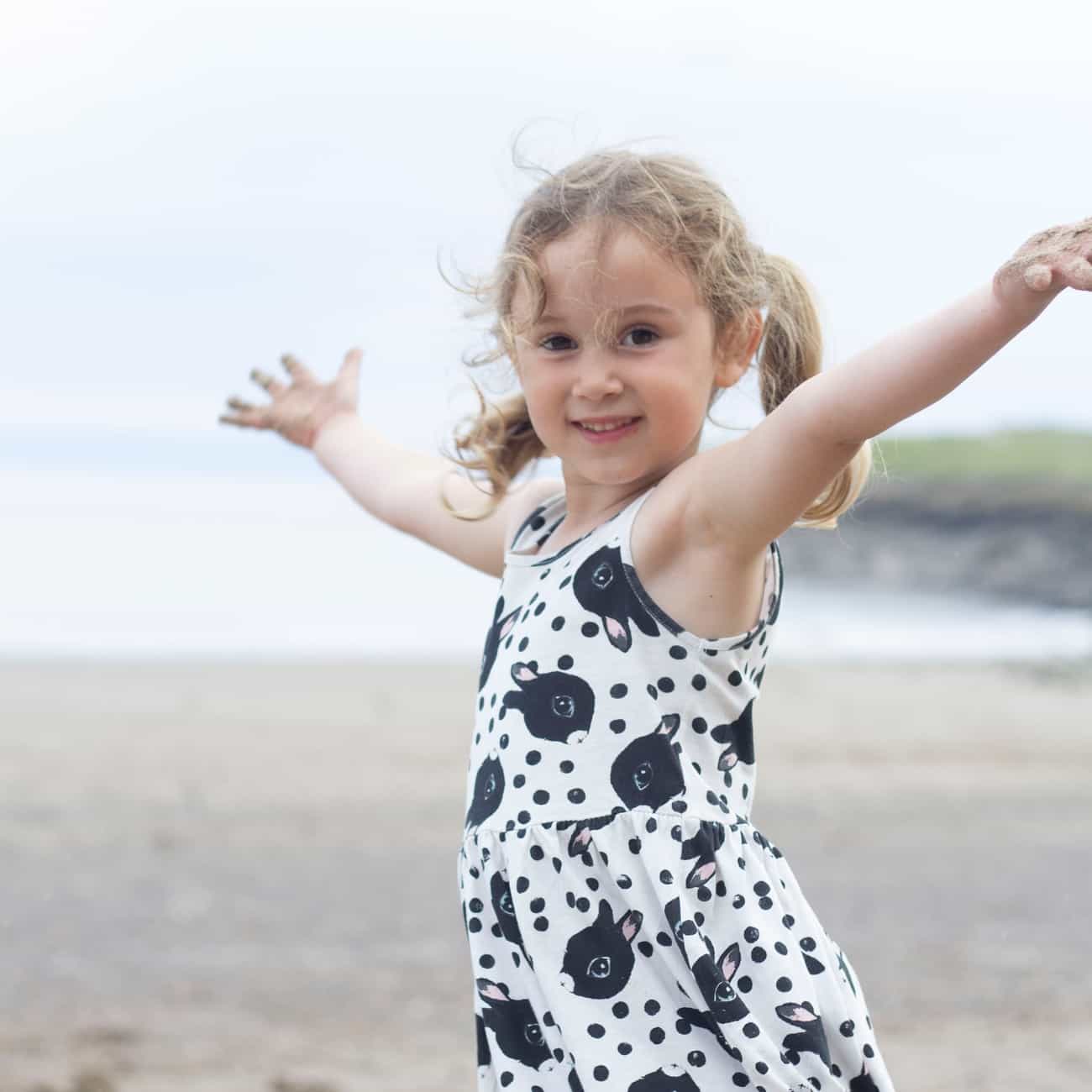 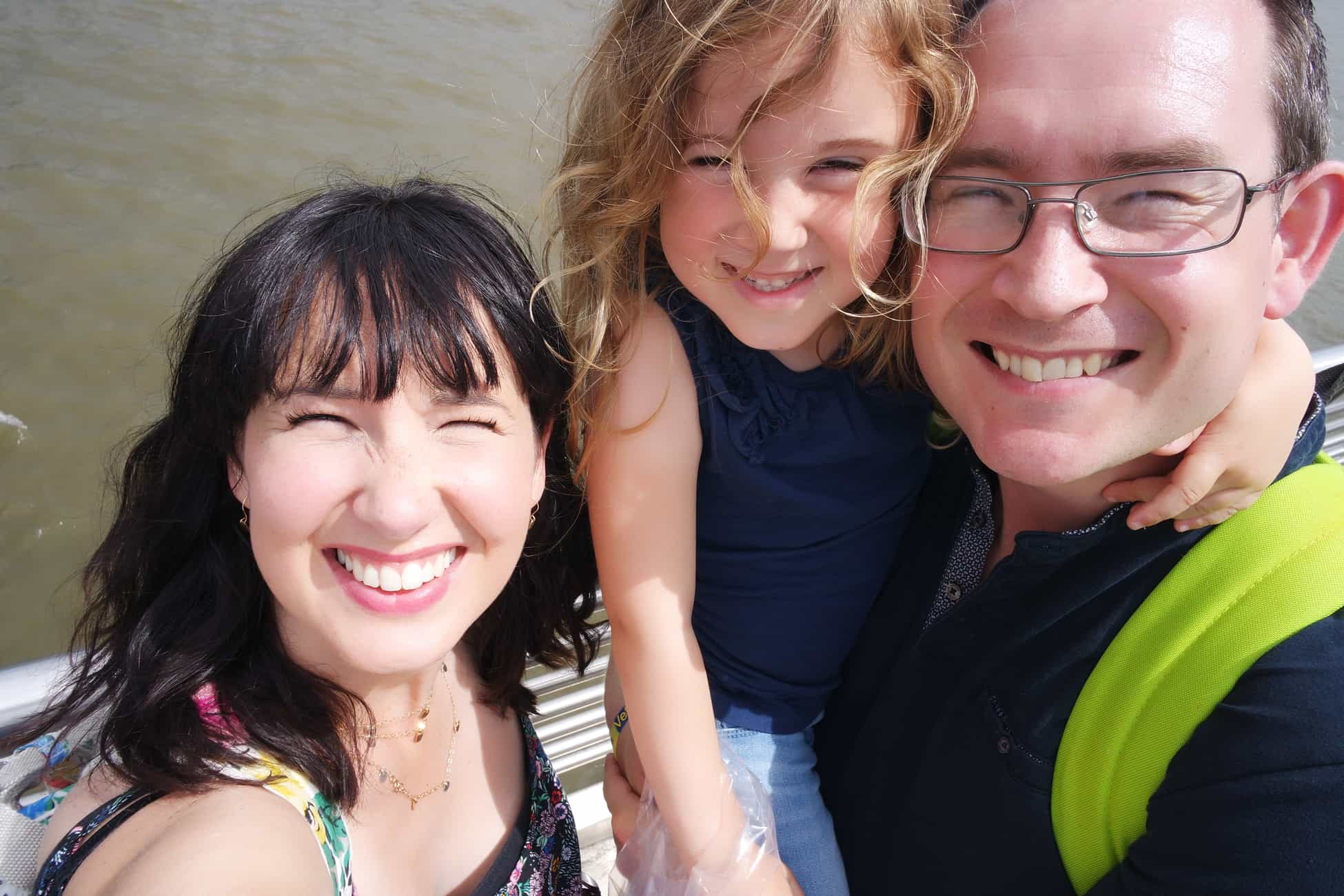 July brought with it the end of Reception year which was sad as she'd had the same teacher since nursery. The weather was still lovely and we made the most of the beach still. Her sister performed in a show in London and we spent the day with just Little Miss J exploring London before watching Bean in her show later. It was so nice to spend some time with her with Daddy too. Although we make time for one to one time, it rarely involves both us parents. Looking back on these photos reminds me we should try to do it more often. 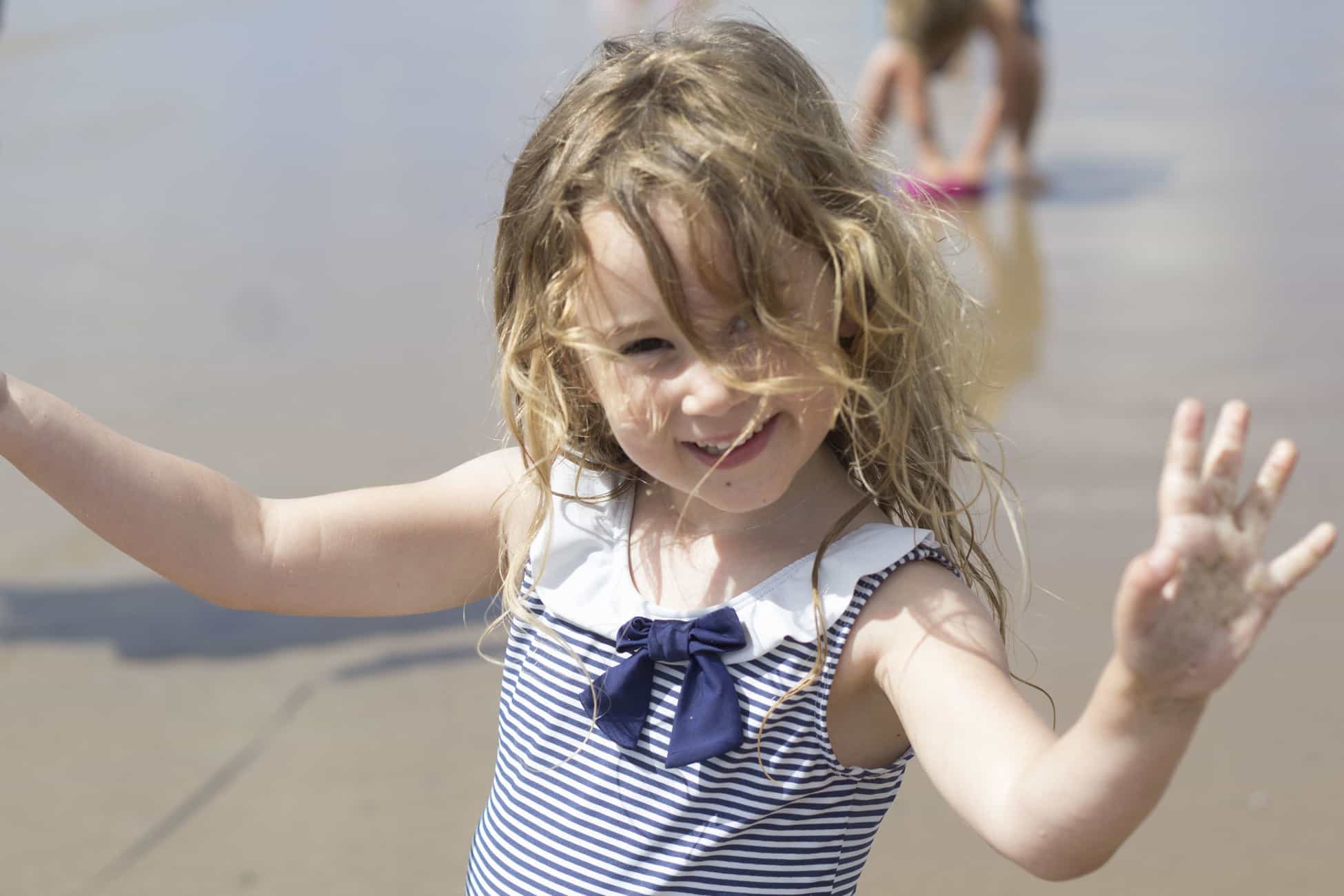 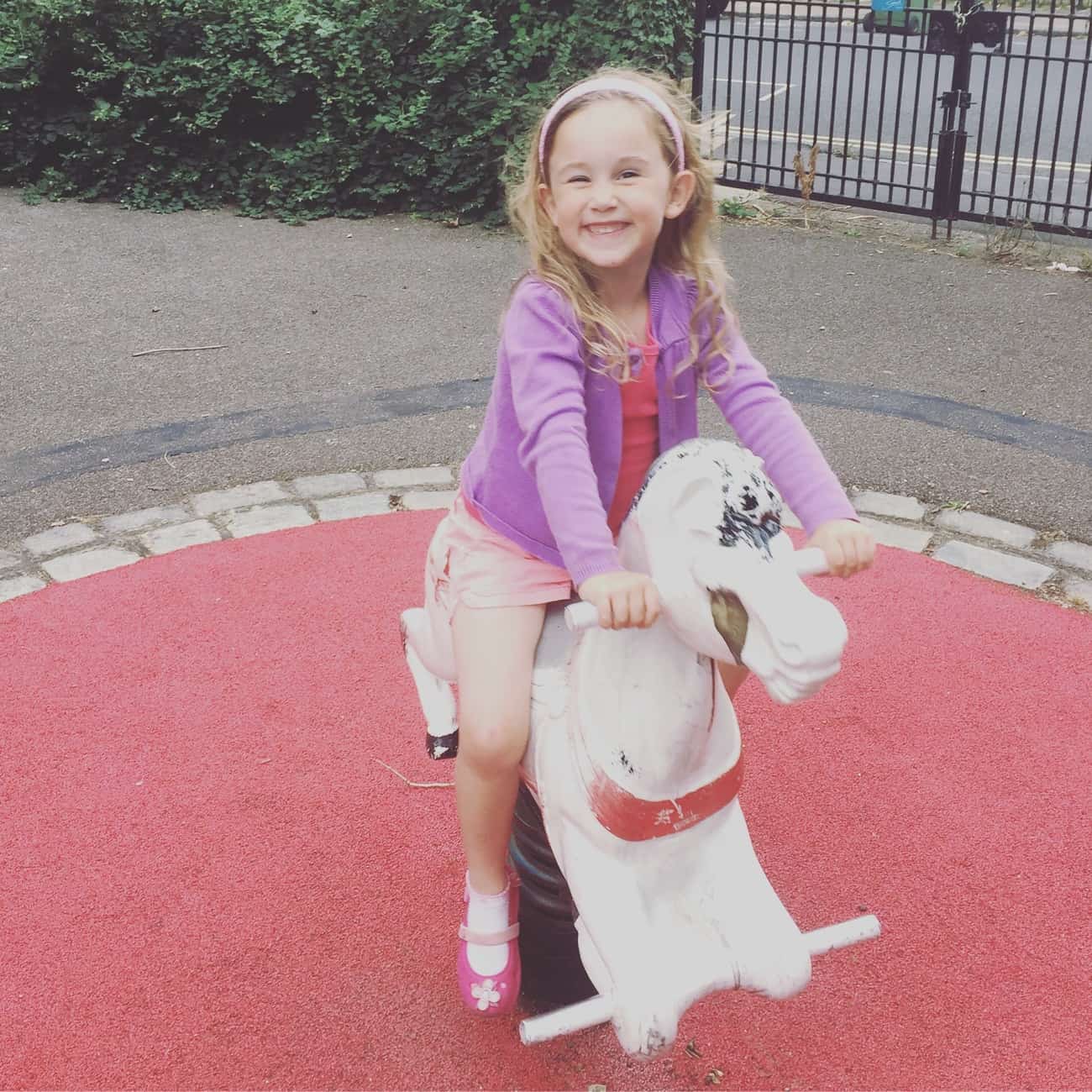 We practically moved out of our house for the whole of August while the kitchen / diner was being knocked through. We spent a weekend camping on the Gower in Swansea with Little Miss J's class which was so nice. They are such a lovely little class I feel really lucky that both girls go to a wonderful school with wonderful friends.

We then spent a week in London in a house we rented on Air BnB. It was the first time we have done something like that and I took all three children on my own for the week. Everyone thought I was mad but we had a brilliant time. Little Miss J was really well behaved and loved spending the week on buses and looking around the sights that London had to offer. Even playing in the local playground was exciting to her.

Summer was over before we knew it and the girls were back in school. Little Miss J went into Year One and she really struggled with it. She had a new teacher who was a lot stricter than her previous teacher and we had a whole term of crying every morning before she went in. She still struggles on some days. She doesn't like tests or anything competitive and panics so although she is very clever, it doesn't always come across in test situations and she finds them very stressful, often worrying the night before. 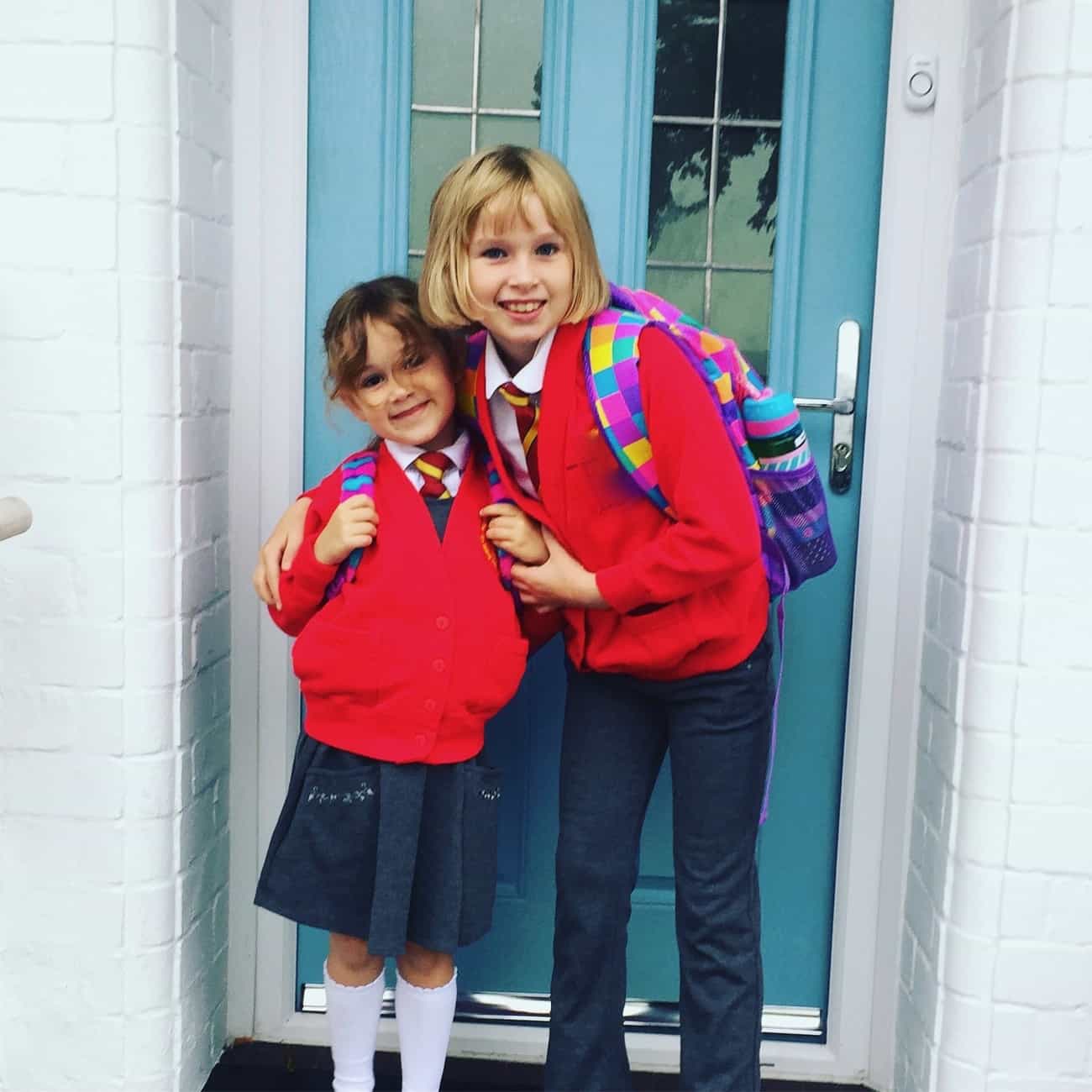 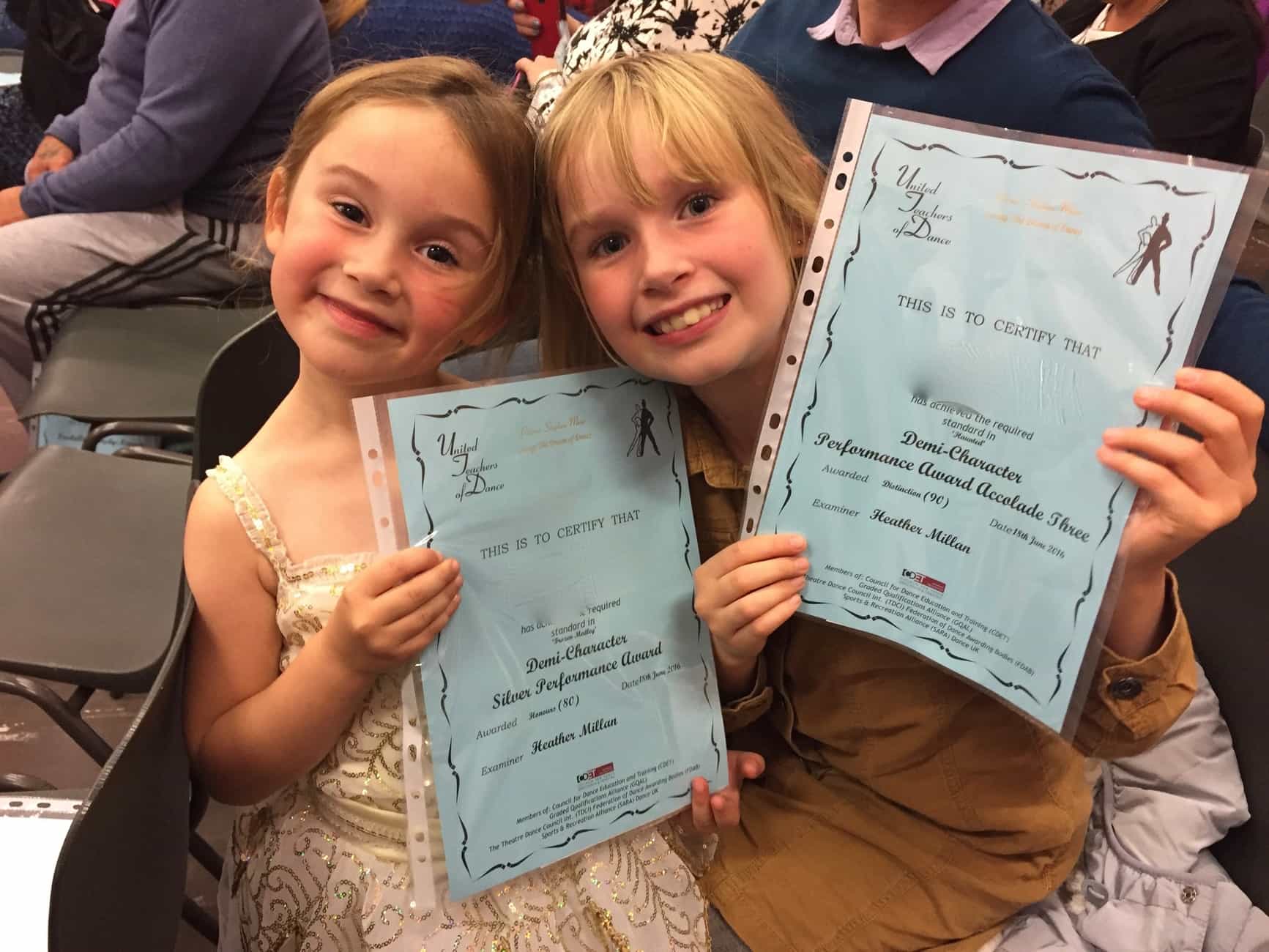 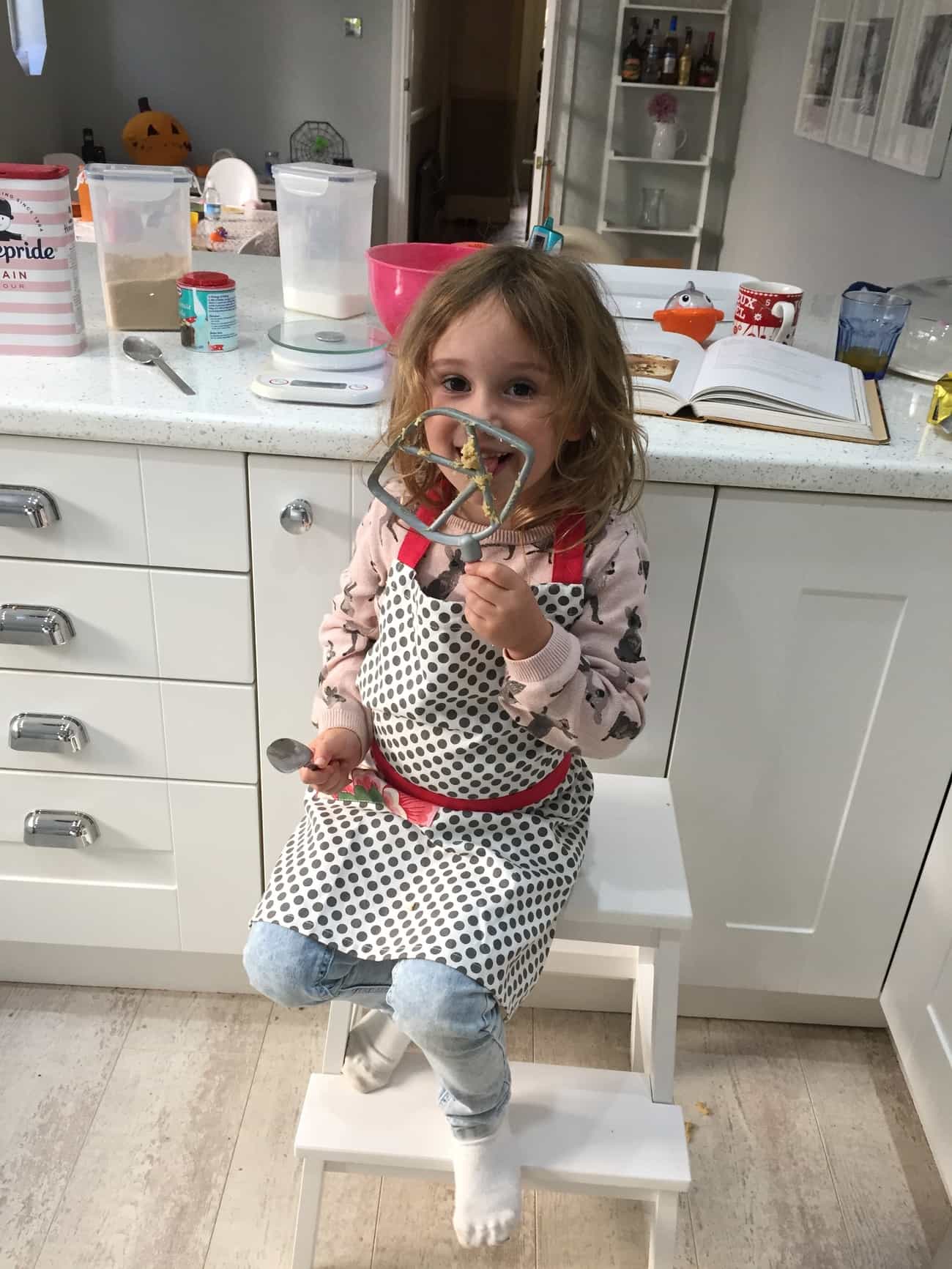 October saw Little Miss J receive her certificate and medal for the medal test at ballet she took earlier in the year. Although she hates tests I think because they make this one more fun she doesn't get scared. She came out with a honours and we were so proud of her.

We also finished the work on the kitchen and she loves the new space. It's so nice to be able to cook with her in the kitchen now, she absolutely loves cooking and helping me to bake. She even has her own little apron! 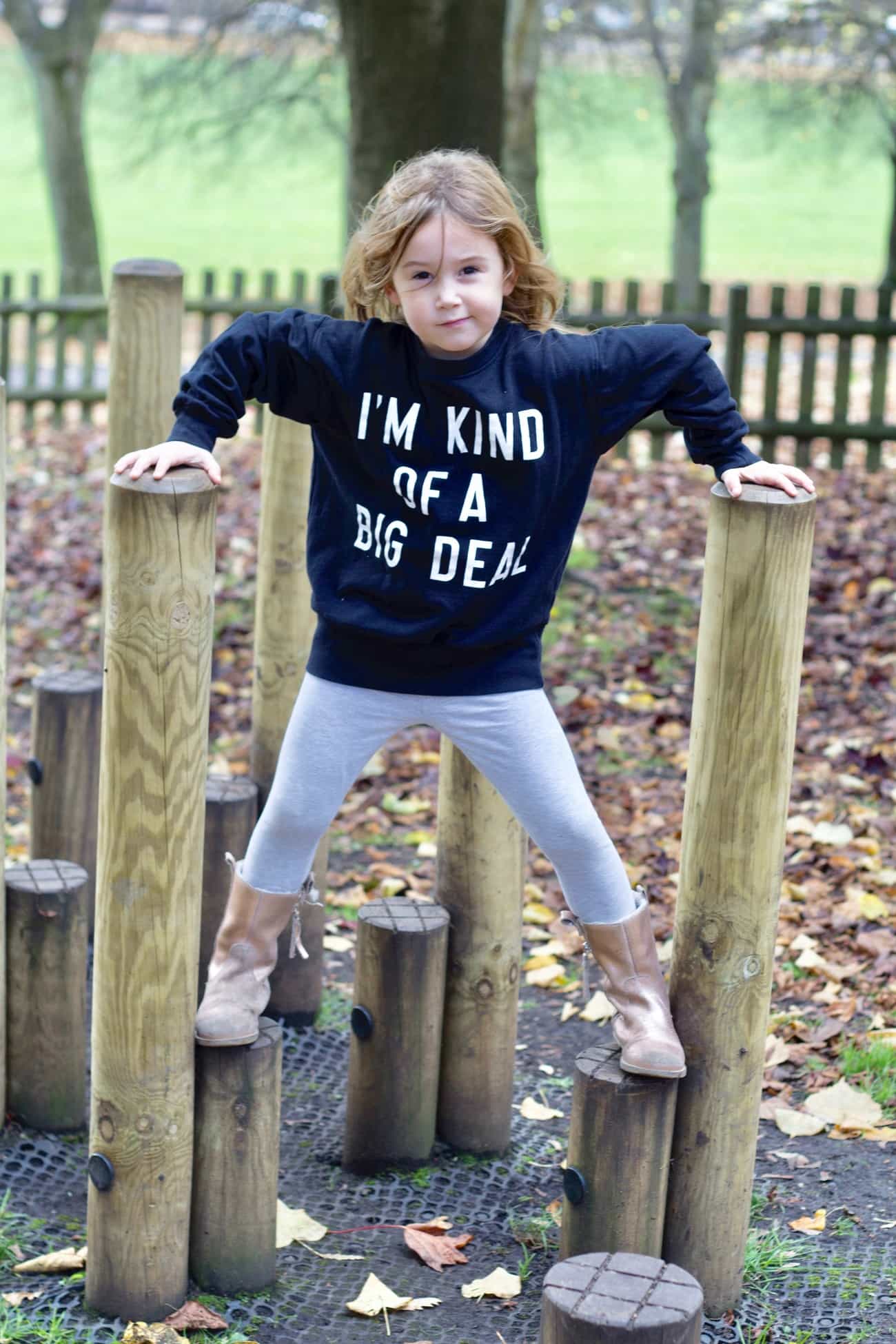 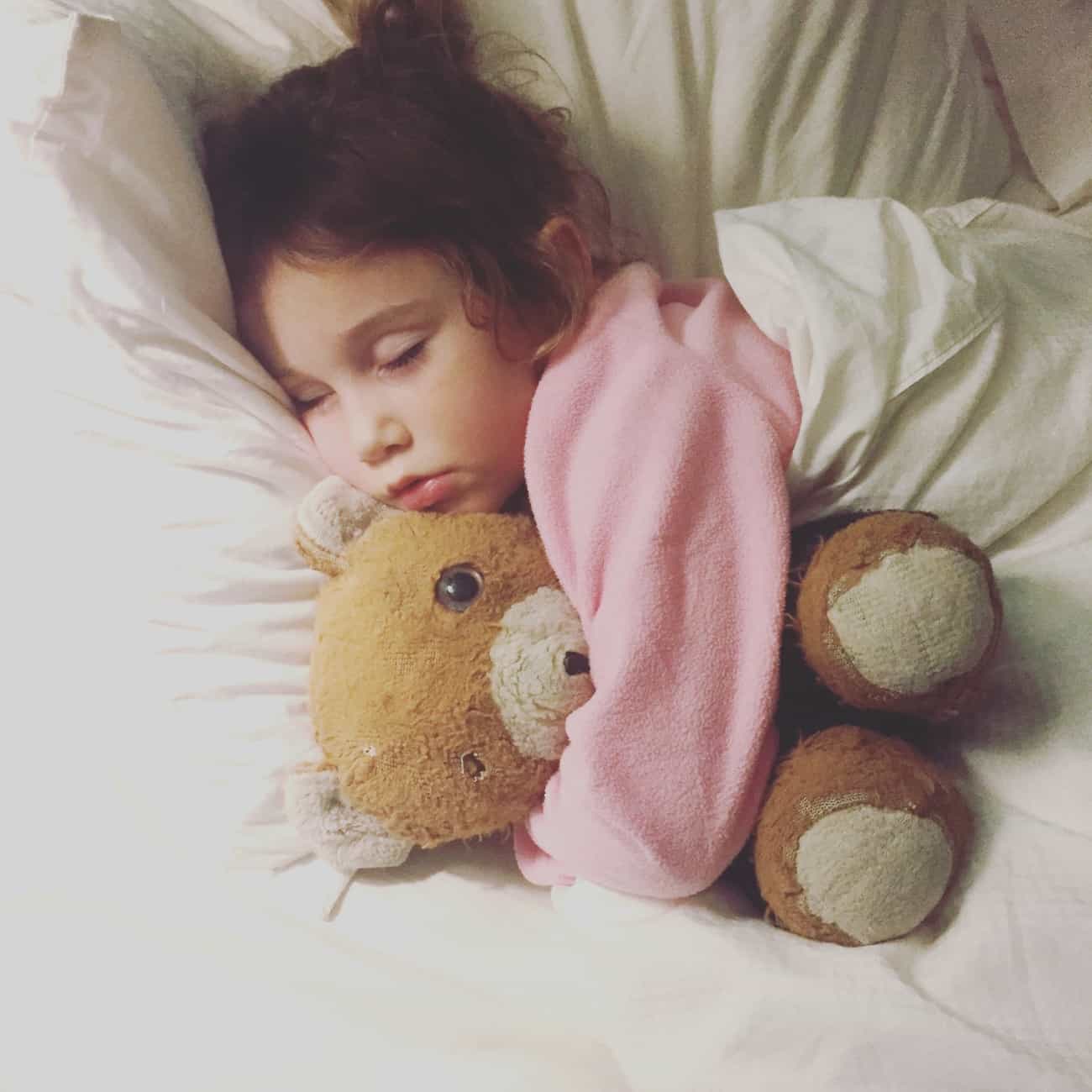 This is the month that she got more confident. A little attitude started peeking through, and you can tell from her pose in photos! She loves modelling things for me and is so photogenic! At the same time though she is still only little. Like I mentioned at the beginning of this post, she still suffers with nightmares and she can often be found snuggling in our bed when she's woken from a bad dream. 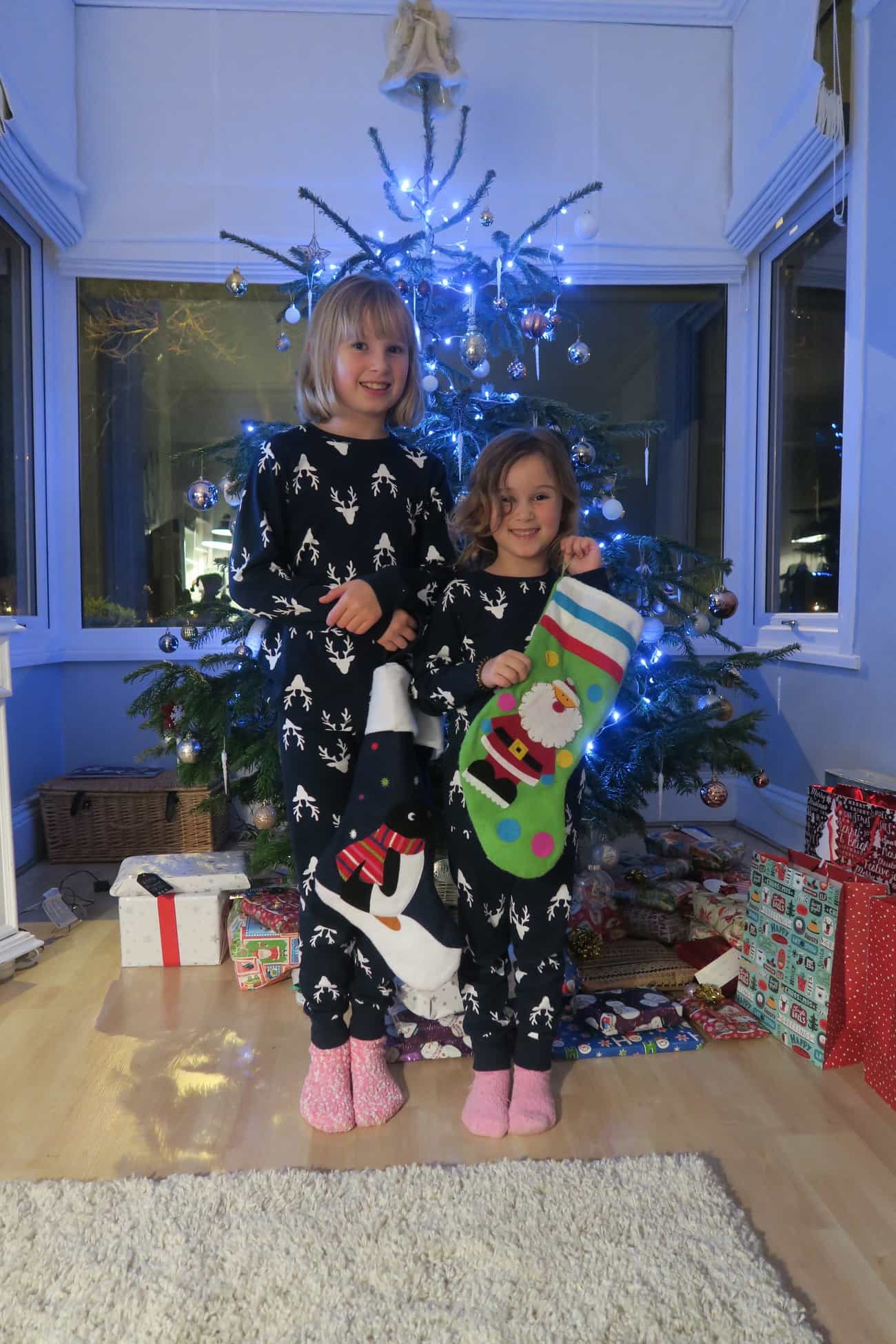 Little Miss J was so excited for Christmas! She is at that age where it is all still really magical. Her little brother was really poorly on Christmas Day (he ended up in hospital) but she just soldiered on and didn't let it spoil the day. Santa left them a note telling them they were going to Disneyland Paris in January and she absolutely couldn't believe it! 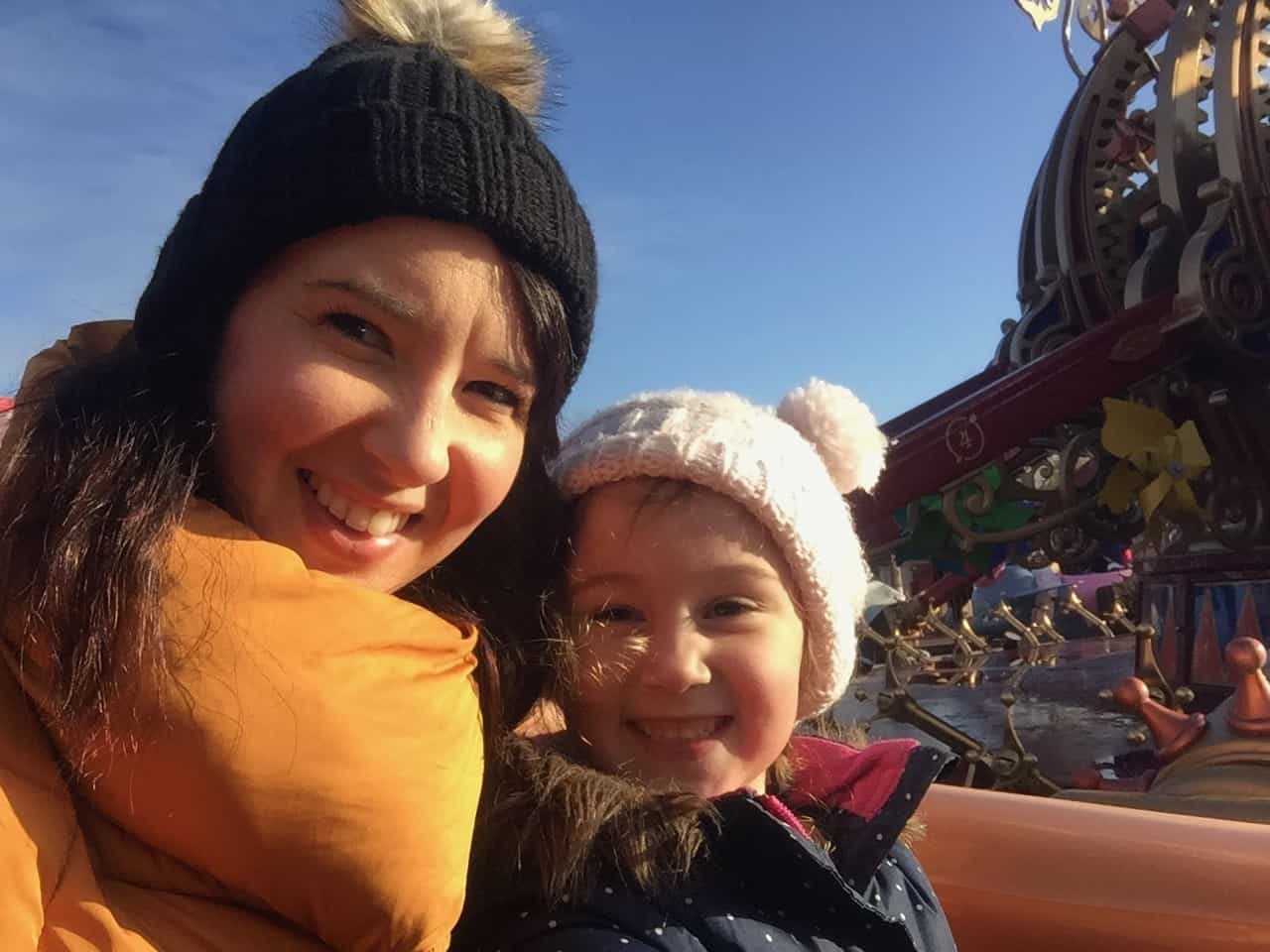 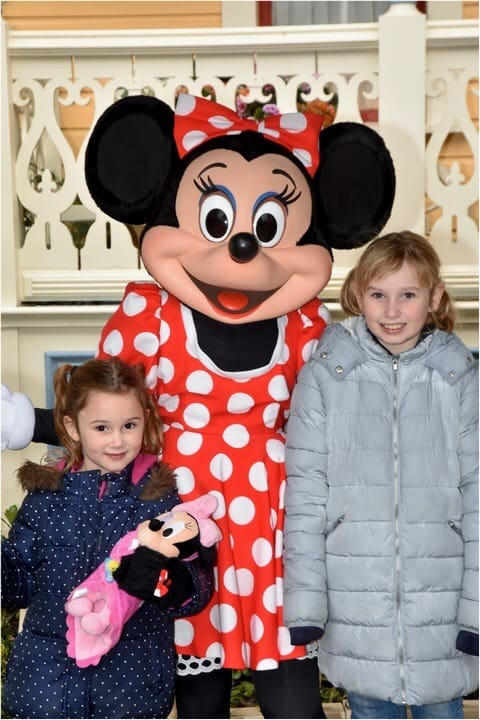 We had the best January - we went to Disneyland Paris - although I haven't got around to blogging about it yet, there are some videos on my YouTube channel if you want to see. Poor Little Miss J caught a sickness bug the night before we headed to France so she spent the car journey and ferry journey being sick but she was such a trooper. Luckily we had bought a double pushchair for the trip so she could rest in there as she wasn't feeling great. She perked up on the last couple of days and really enjoyed herself. She was so pleased to meet her idol Minnie Mouse again too! 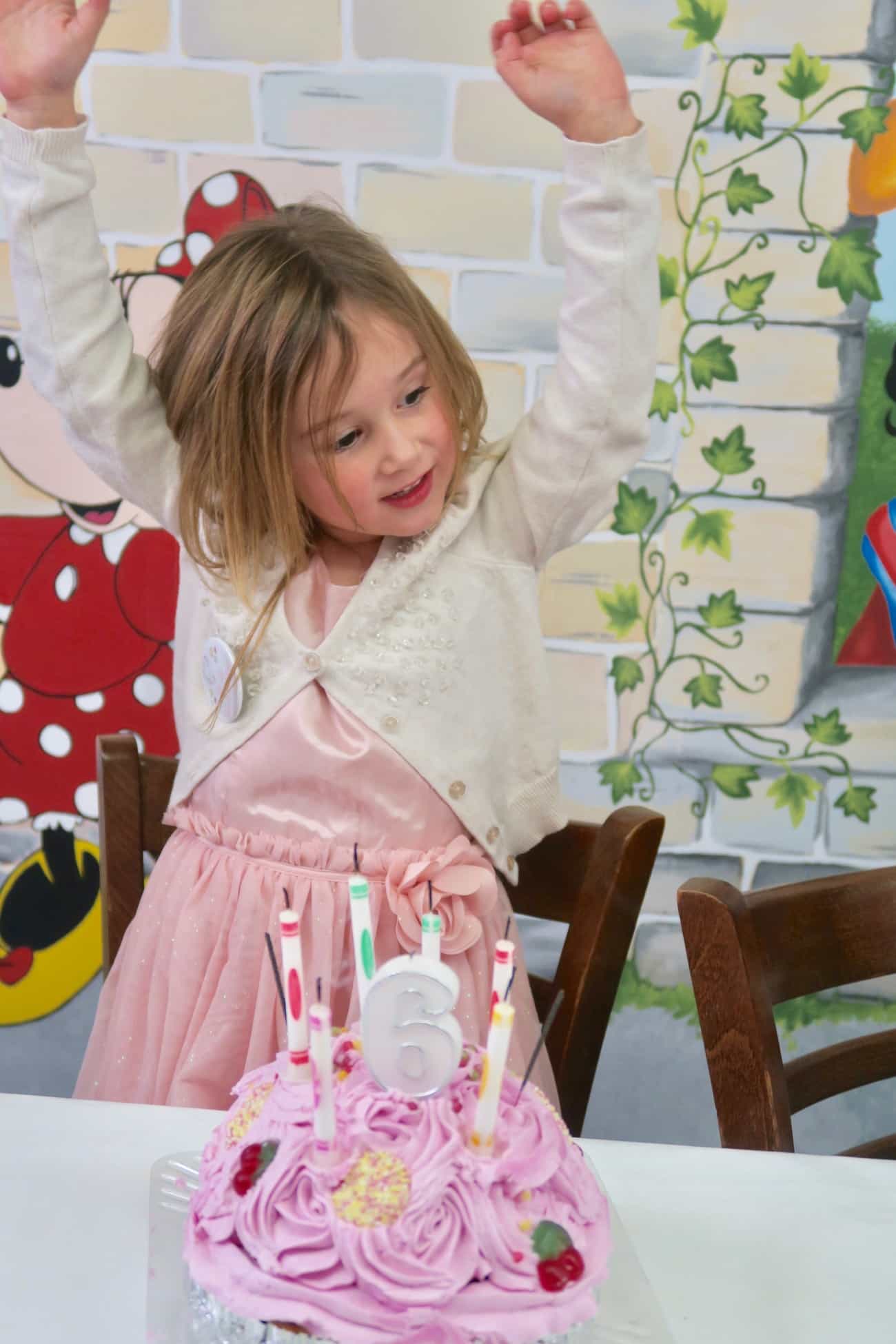 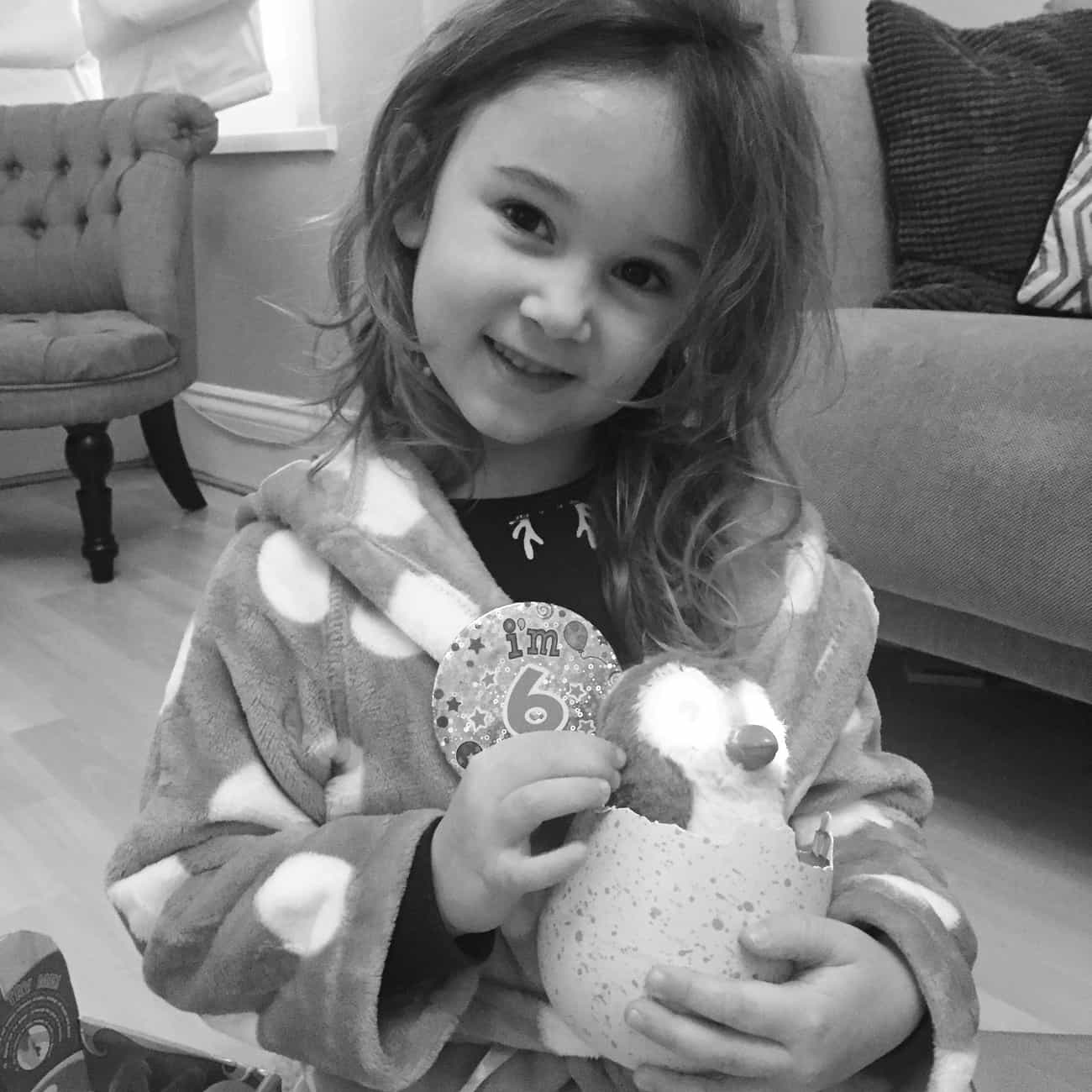 Well of course this month was taken up with celebrating her birthday! She had a wonderful shared party with three of her best friends from school who are all born in the same week - one even shares her birthday with her. It was her first birthday she spent in school too as it usually falls during half term. We made up for it by taking her to the cinema and out for Nandos after school. It certainly was an exhausting week but we really love making a fuss of them on their birthdays, I feel like they are such special days.

What an amazing year we had with you Little Miss J. You are the absolute sunshine of my days - so happy and such lovely company. I can't wait to share lots of fun memories of you this coming year too. Happy birthday lovely girl. xx