I'm big into routines - I think with three children you need to have at least a rough idea of how your day is going to pan out just to keep sane! The thing to remember though is that your baby will only settle into a routine that suits them and they are happy with, there is no point forcing them into a routine. Here is what works for us at the moment (bearing in mind we have lots of school drop offs and pick ups in the day!) A Day in The Life post is coming soon too!

7am - I wake baby up and give him a little feed. He won't usually take much as if he fed at 5am. Change his nappy and get him dressed.

9.30am - another smallish feed to settle him after the school run. (I am trying to weed this feed out)

10.30am another smallish feed before we head out to school again. Nappy change.

12 - a small feed before putting him down for a nap.

2.30 Wake him up from his nap and he takes a big feed. Change nappy.

10pm - I express both sides for the next day's evening bottle and head to bed.

10.30 hubby wakes him up and gives him an expressed bottle. He takes 6oz. Change nappy and back to bed.

⅘ am - he will usually sleep until 4 or 5 am when he will wake for a feed and go back to sleep until 7. Once this feed is pushed later as he starts sleeping through I hope it will make him take a proper feed at 7 and I can stop all the little feeds in the morning.

So that is baby Sprout's routine at 12 weeks - how does it compare to yours? 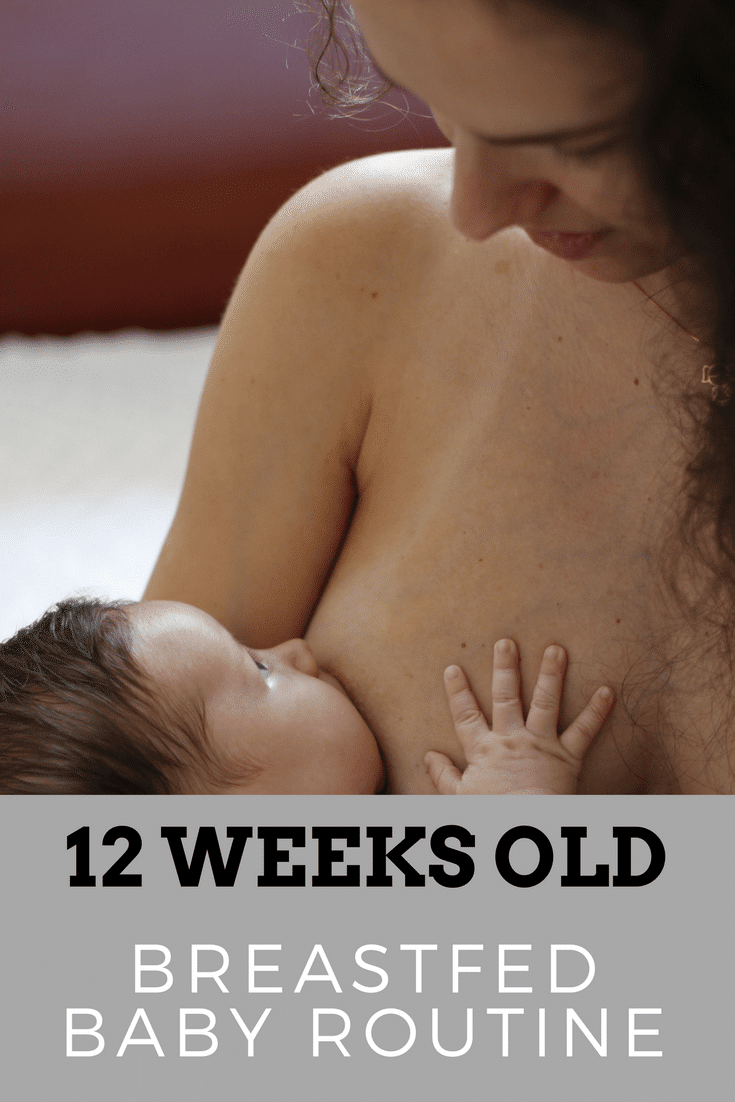