So Little Boy is about to turn 4 years old! I can't quite believe where the time has gone! Being the third and youngest child means that we've been a bit slower updating his room as he has grown up! He has been sleeping in a cot bed with one of the sides taken off so that it was like a bed but he had outgrown the mattress really and it was time for him to have a proper single bed and with the bed being bigger we needed to adjust his room a little.

When we decorated his room he was only a baby, about 18 months old so I kept it purposely quite neutral so that we could change it easily as he grew older without completely redecorating. The walls and floor are painted white and there is  a navy striped rug which will pretty much go with anything. One wall is decorated with vinyl stickers which should just peel off but I felt they still went well with his room so we have left them for now.

So all we really had to do was move the furniture around a little to accomodate the bed. I really like how it is laid out now as he has the rug to play with his toys on and he actually does play in here a lot more than he used to now it has been re-arranged. He sleeps really well in his bed too, no problems at all.

So here are some photos of what it looks like now...

This is the vinyl sticker wall, they were just from eBay. The bed is from Marks and Spencer (I'd definitely recommend them, they even put it together for you when they deliver it!). The wardrobe is from Ikea. The lamp and chest of drawers are also from there. The dinosaur bedding is from Vertbaudet, it's double sided and we also go another set with blue stars from there too. 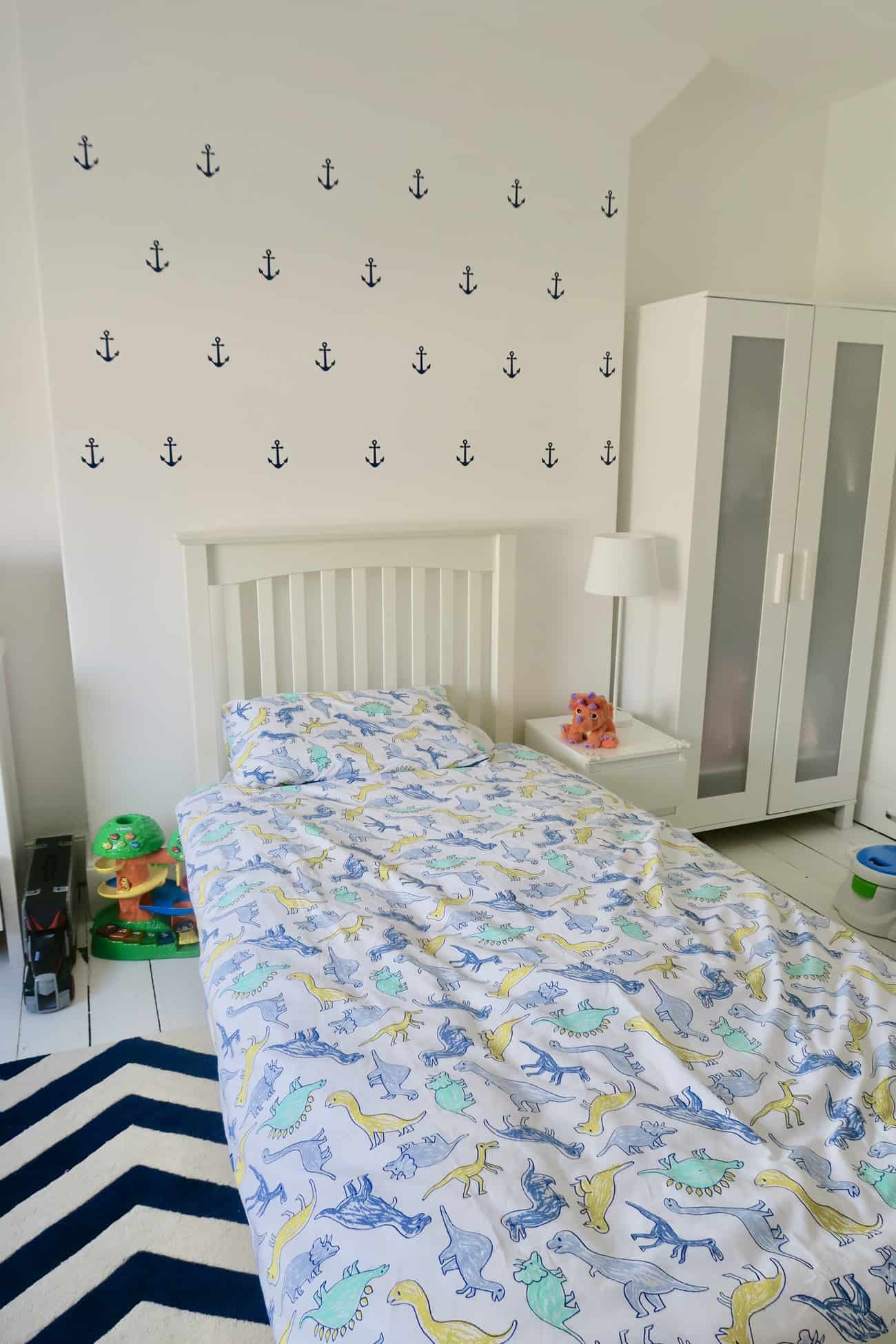 The chest of drawers is again from Ikea. It's annoying though as the base has come loose so now we can't shut that one drawer completely. I really need to fix it!

The prints on the walls are printed from Etsy and I put into frames myself. The chair is from Ikea and the cushion is from a small independent shop in Narberth. I can't even remember where the basket that the toys is in is from!

The rug was bought from Achica and it's a really great quality and I love it. The toy car was from an independent toy shop.

The train table was an eBay bargain and  the lady who sold it to us even gave us lots of tracks and trains too! It's usually a bit of a jumble with cars and trains and dinosaurs! To the side of this we still keep a potty in the room for night time and mornings. 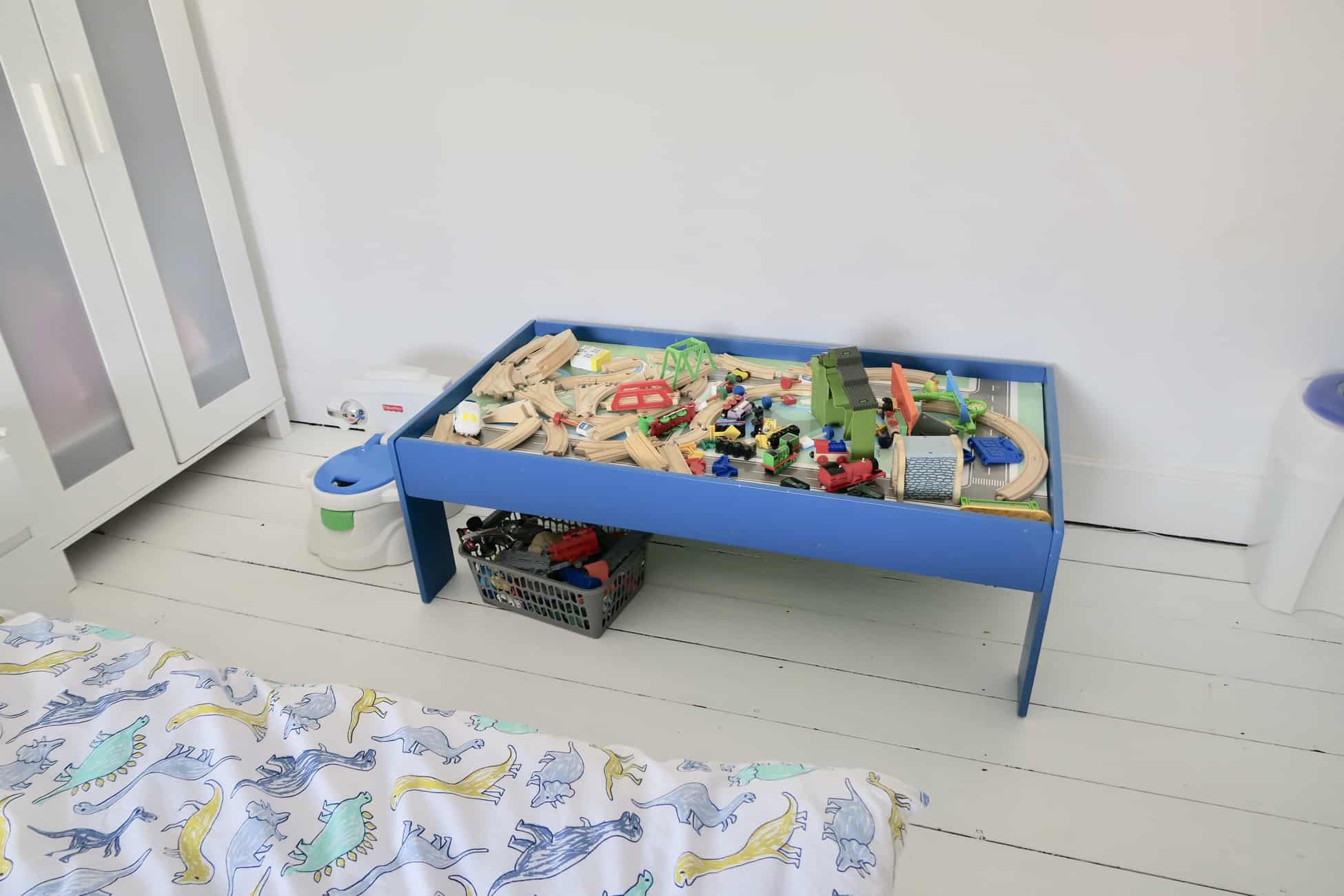 This unit is again from Ikea, it's part of their Kallax range and is perfect for keeping his books and bits and bobs. 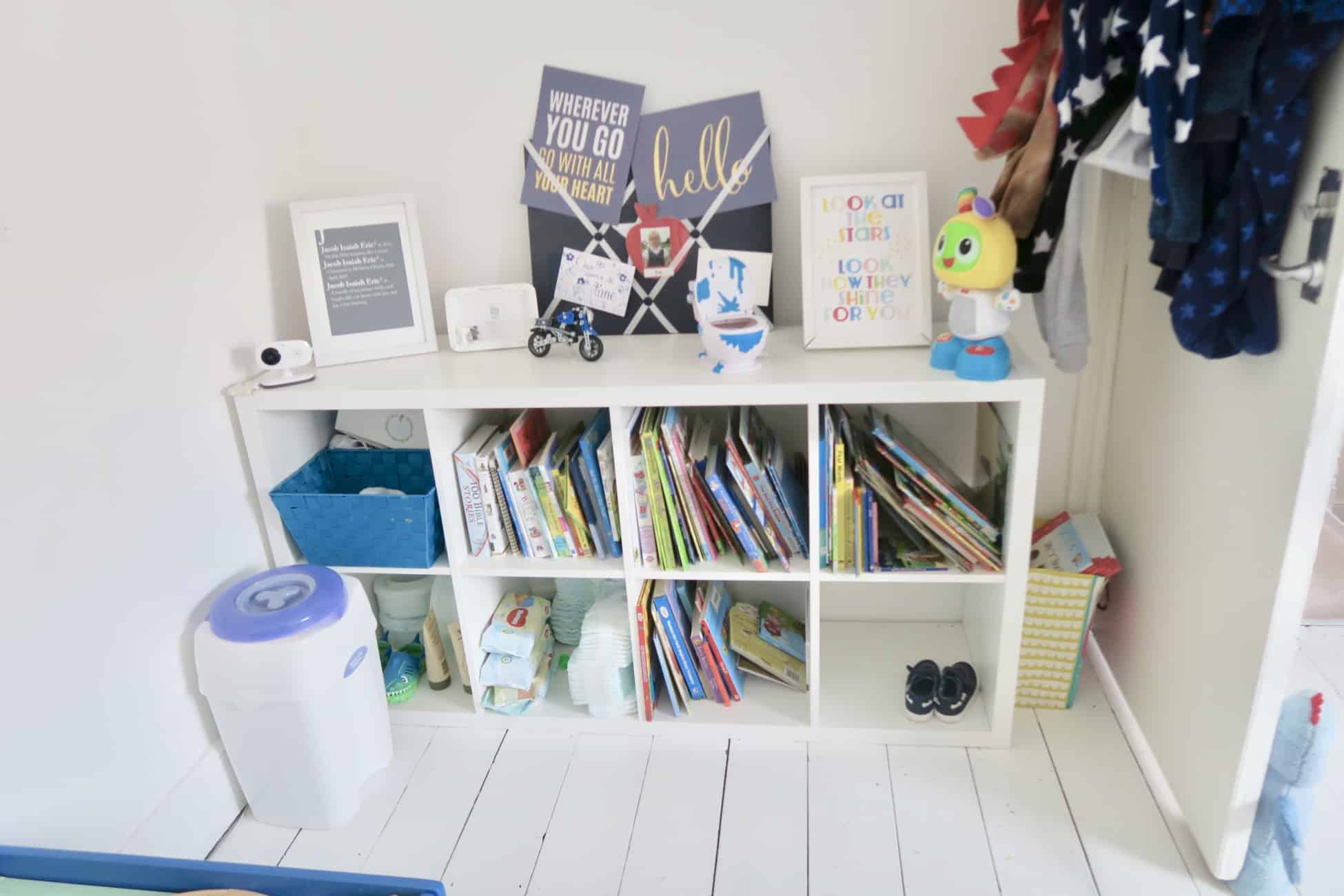 I've filmed a before and after video of his room for my YouTube channel, you can watch it below if you are interested in seeing anything in more detail. 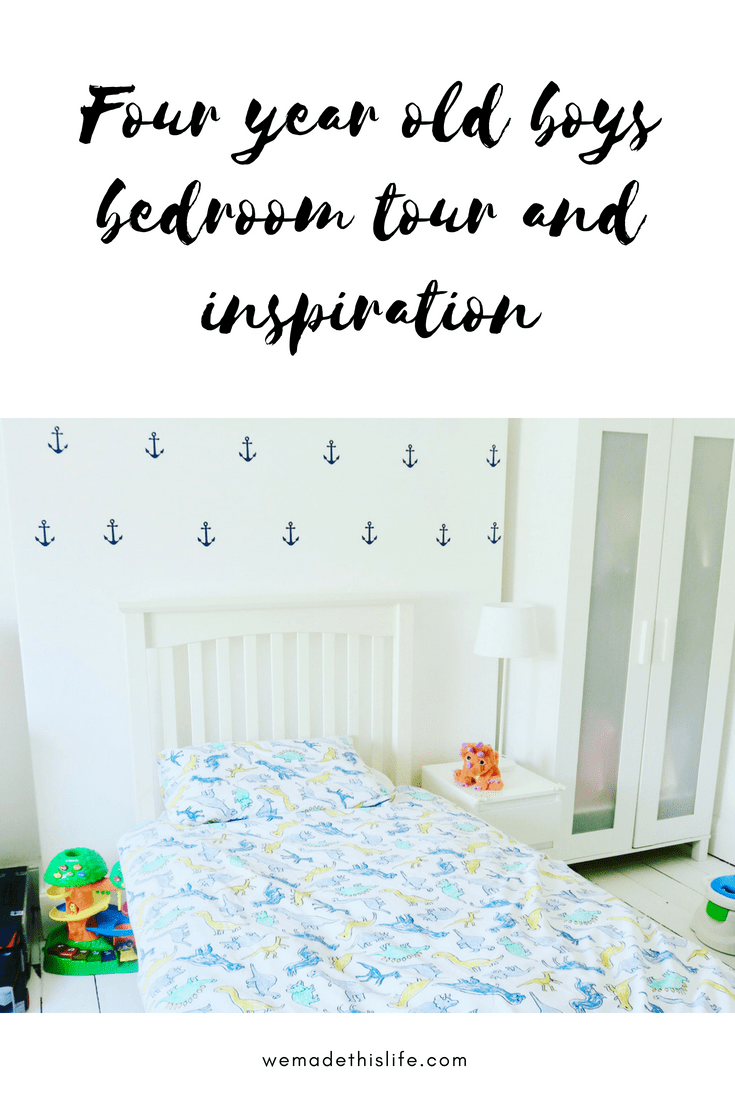