Disclosure - we were given tickets to the Beauty and the Beast Panto free of charge in exchange for this review. All opinions are honest and our own. 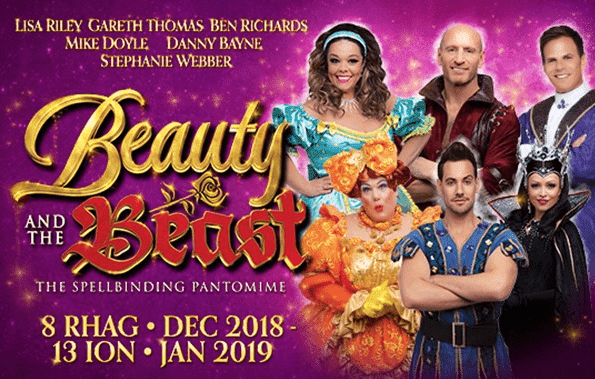 It's one of  the staple parts of Christmas celebrations for us - a visit to the panto. It reminds me of Christmases of my childhood when we went with school every year to see the panto. I was never taken to the theatre as a child apart from the panto once a year so it was a really special memory for me and one I wanted to continue for my children, even though they have a lot more theatre going experiences than I ever did!

So last night the girls and I headed into Cardiff for a girly night. I hadn't had the best day so a little escape from reality was just what I needed and Beauty And The Beast certainly turned my day around. It was so funny, I haven't laughed that much in ages and it was a joy to see the happiness on the girls faces too.

You will definitely recognise some of the stellar cast of Beauty and The Beast this year. The legend that is Gareth Thomas plays Alfie, a fitness instructor and he has a fabulous camaraderie with Mike Boyle's character, Kylie Kipling. Indeed some of the funniest moments of the show are with these two and they had the audience in stitches at many points, in particular an exercise class scene! 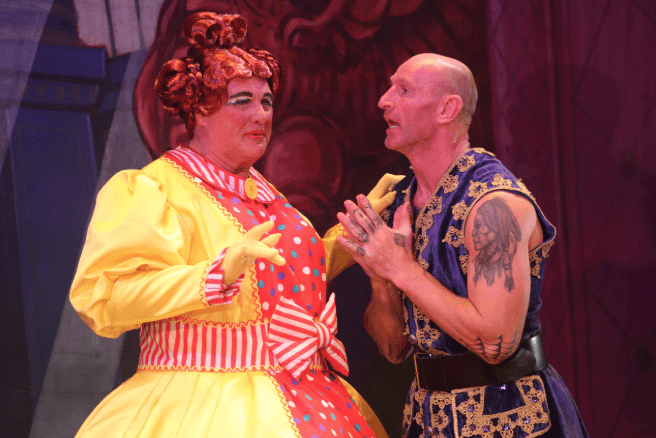 The fabulous Stephanie Webber plays the villain Deadly Nightshade, who puts a curse on the Prince and  turns him into a Beast. Ben Richards of Footballers Wives and Hollyoaks fame plays The Beast and Naomi Slights is wonderful as Belle. 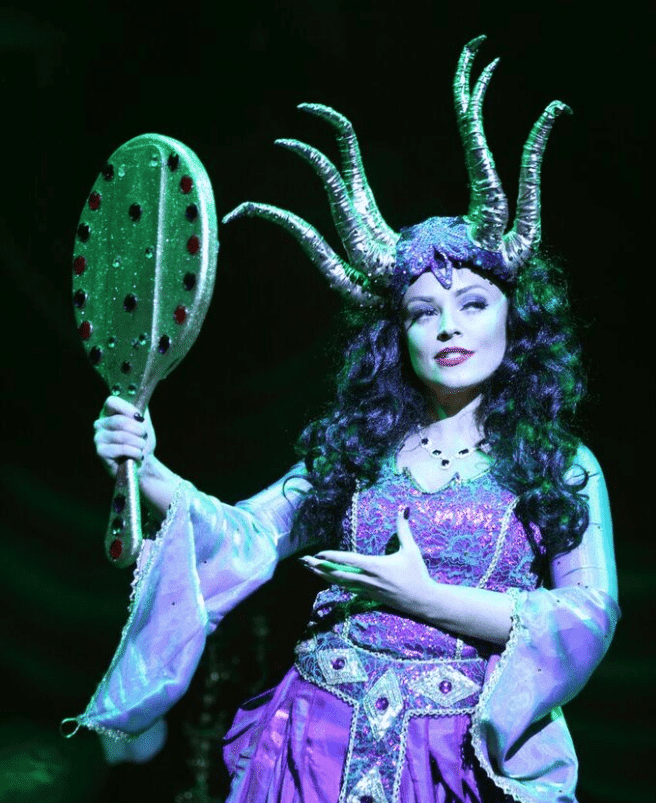 West End star Danny Bayne plays Clarence Bridge, an arrogant young man modelled on Gaston who is vying for Belle's hand in marriage. Finally the bubbly and fantastic Lisa Riley, from Emmerdale and Strictly Come Dancing plays Mrs Potts and brightens up the stage with her presence. 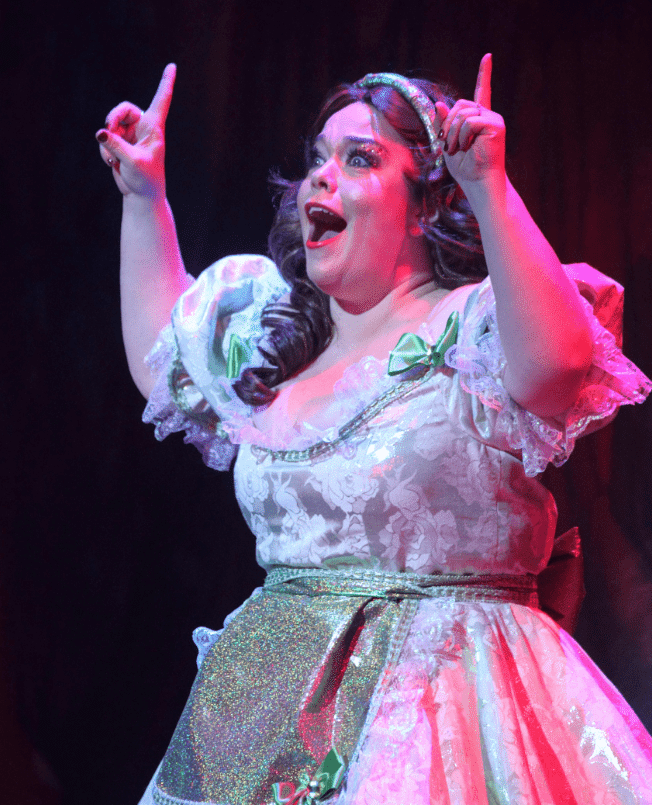 The stage is set at the castle where Belle and her friends are looking for a place to stay. They meet Mrs Potts who convinces them to stay at the castle in a bid to get Belle to fall in love with the Beast and break the curse that Deadly Nightshade put on him.

Through some hilarious sketches and wonderful musical numbers the story is told and Belle eventually falls in love with the Beast and the curse is broken. 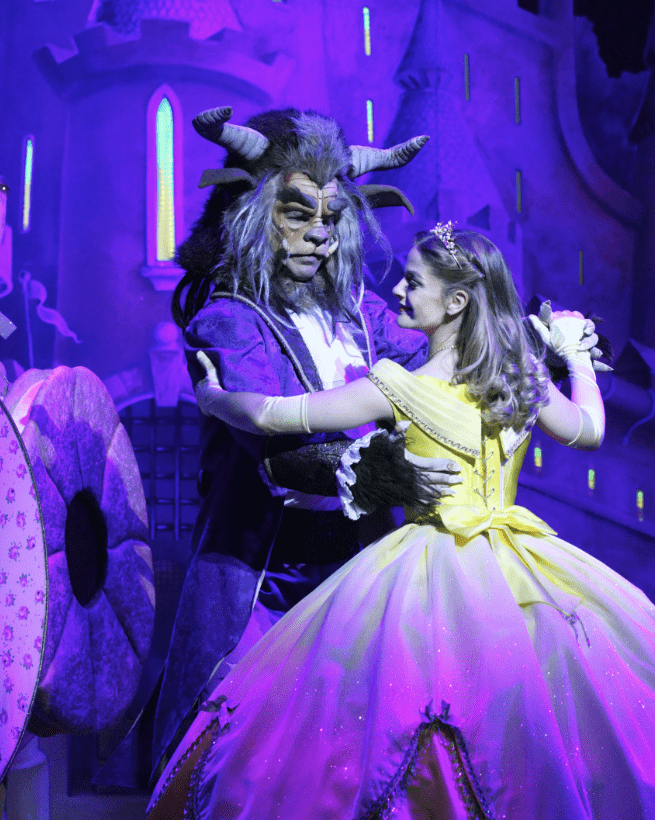 The set is absolutely stunning as are the costumes and the musical and acting talent is brilliant. The children who take part are an absolute credit to the show and the rendition of Baby Shark was a real highlight for us all, especially my girls. There were some fantastic songs to sing along to, including a couple of big hits from The Greatest Showman which went down really well. The singing and choreography routines were brilliant and really made the show extra special.

A little word of warning however, some of the jokes are a little risque (as to be expected in a panto!) but they went right over my youngest's head so it didn't really matter. She was a little upset at the appearance of the Kracken just before the end of the first half but she soon recovered. Personally, I thought the Kracken was an epic piece of the set up and was truly brilliant, my eldest loved it too!

Honestly I can't recommend this panto enough - I really want to go again I loved it that much! It was just what the doctor ordered - a fun evening full of laughter and magic and it really got me into the Christmas spirit. If you can book tickets I would definitely get some, the run has just started and it is showing until the 13th January 2019. Tickets are available online here or from the box office on (029) 2087 8889 and start from just £18 which is great value. There are even accessible performances if one of those might be more suitable. 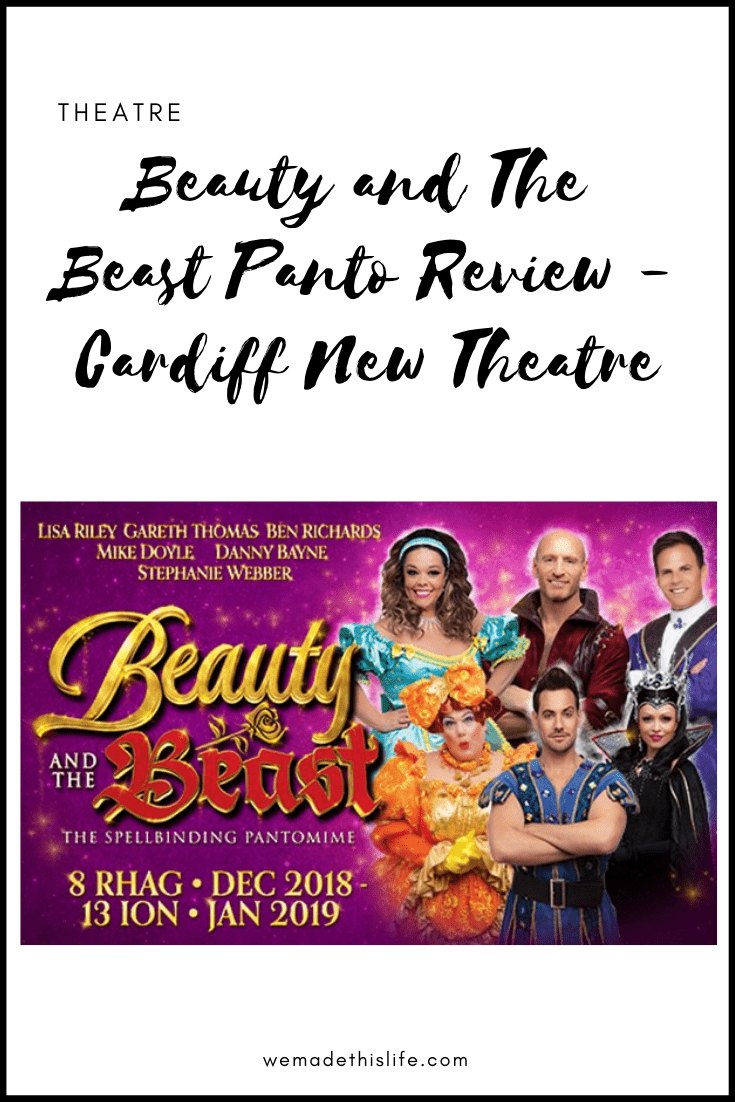