You may or may not know this but all the money you have in your purse / wallet / pocket was made in the Royal Mint in Llantrissant. Every last penny. That's a statement that really hits home when you are actually in this impressive building.

As we are quite local I have always known that it was there but it always seemed quite elusive to me but now it has opened it's doors to the public and you can take a tour inside - The Royal Mint Experience.

You can tell that they've spent a lot of money on the project as the building and facilities are excellent. Parking is free and the entrance to the building is just a short walk away. You are greeted with some impressive models embellished with coins which the girls loved looking at.

Tours are timed and ran really smoothly. We had to go through security before we went in and go through a metal detector and have our bags checked. Security is tight there for obvious reasons but the staff were absolutely lovely. You can take a pushchair on the tour but we left ours with them because we thought Little Boy would want to run around.

You start off with having a little look at how coins are made. Our tour guide was  really lovely and knowledgeable and answered any questions. It was really hands on and  the children could touch displays and they seemed really interested.

We then moved into the factory where we saw in real life coins being made and we could see everything we had learned about being put into practice. I absolutely loved this, I find it so fascinating seeing inside factories.

We then had the chance to strike our own coin which was fabulous. This costs a little extra (£3.50 per £1 coin or £5 for two) but it comes in a great keepsake box. They are also the only 2016 round pound coins ever struck because round pound production stopped in 2015 to make way for the upcoming new pound coin (which you can see later on in the tour). I'm so glad we have ours, what a great memento and a real rare treasure to keep. 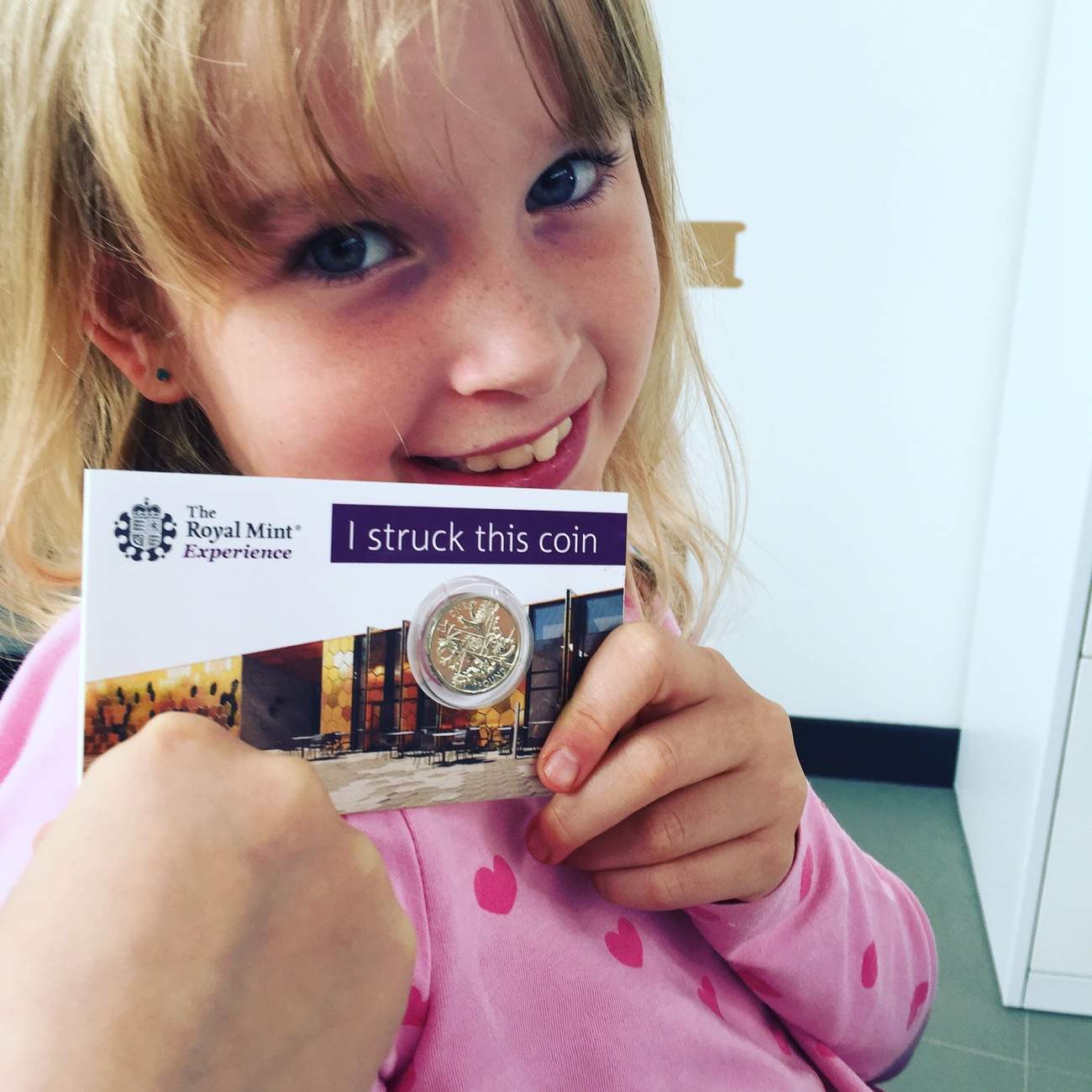 After this there is an opportunity to take a "photo with a fortune" and then you are free to explore the rest of the experience yourself without the tour guide.

The second half of the tour is really interactive. There are lots of coins and medals on display but also plenty of things for the children to do and see. They designed their own coin, watched the films, and played for ages on the coin games. The staff were so friendly and they were given pennies to drop in the wishing well! 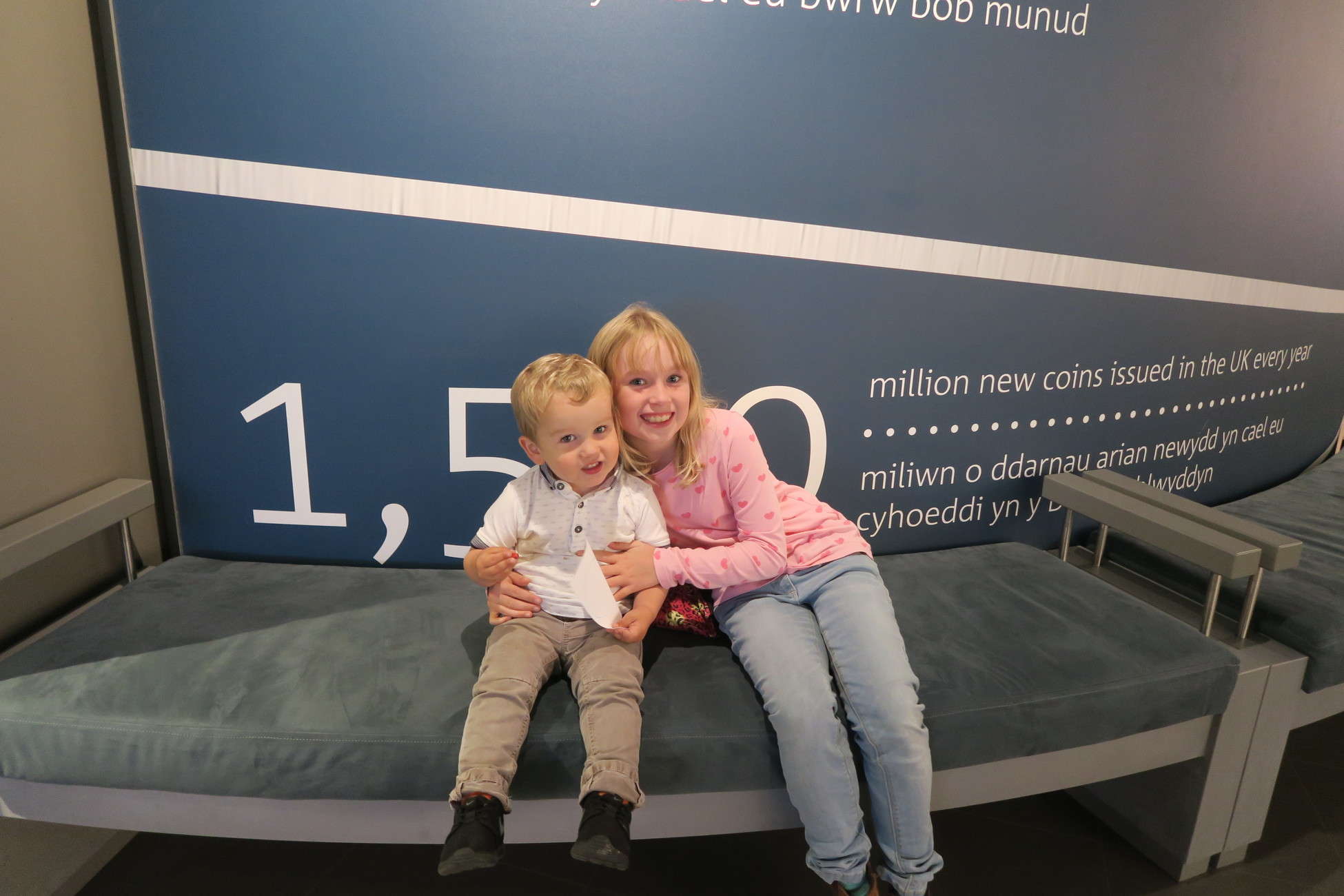 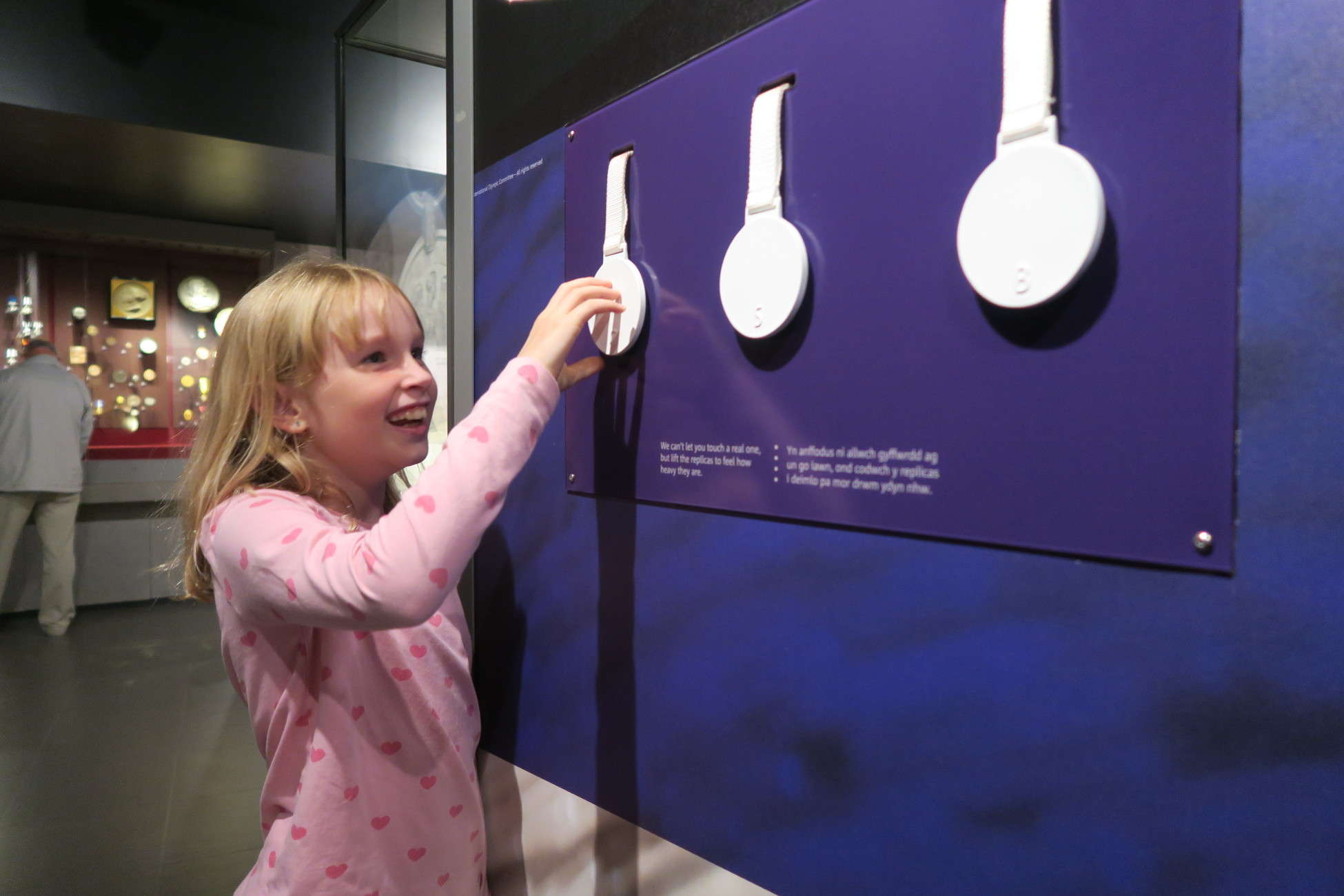 The whole thing probably took about an hour and a half although you could stay longer. I learnt so much, not only about how coins are made but also about what other things the Royal Mint makes, like war medals and the medals for the 2012 Olympics. Did you know that they also make the coins for lots of other countries too? 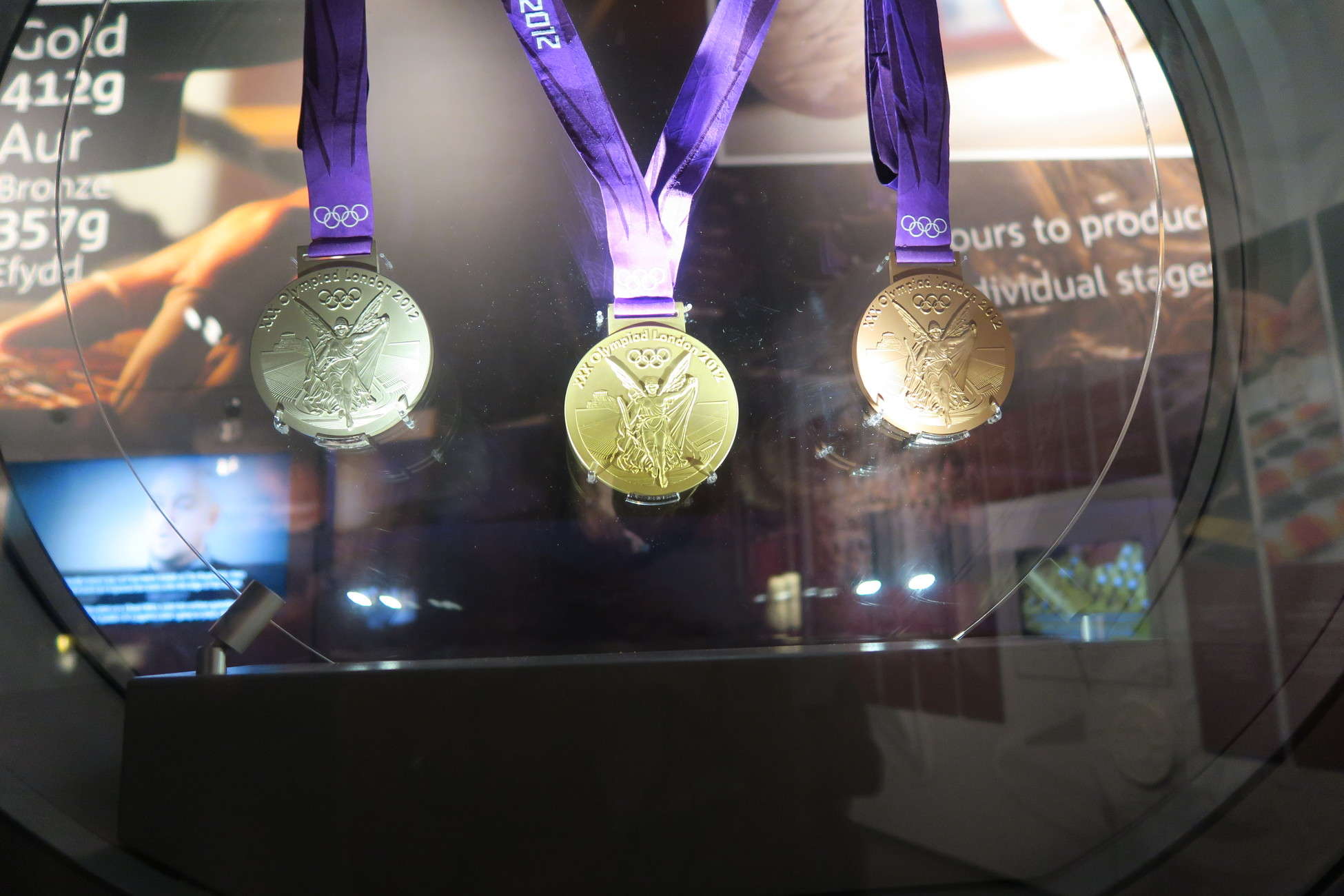 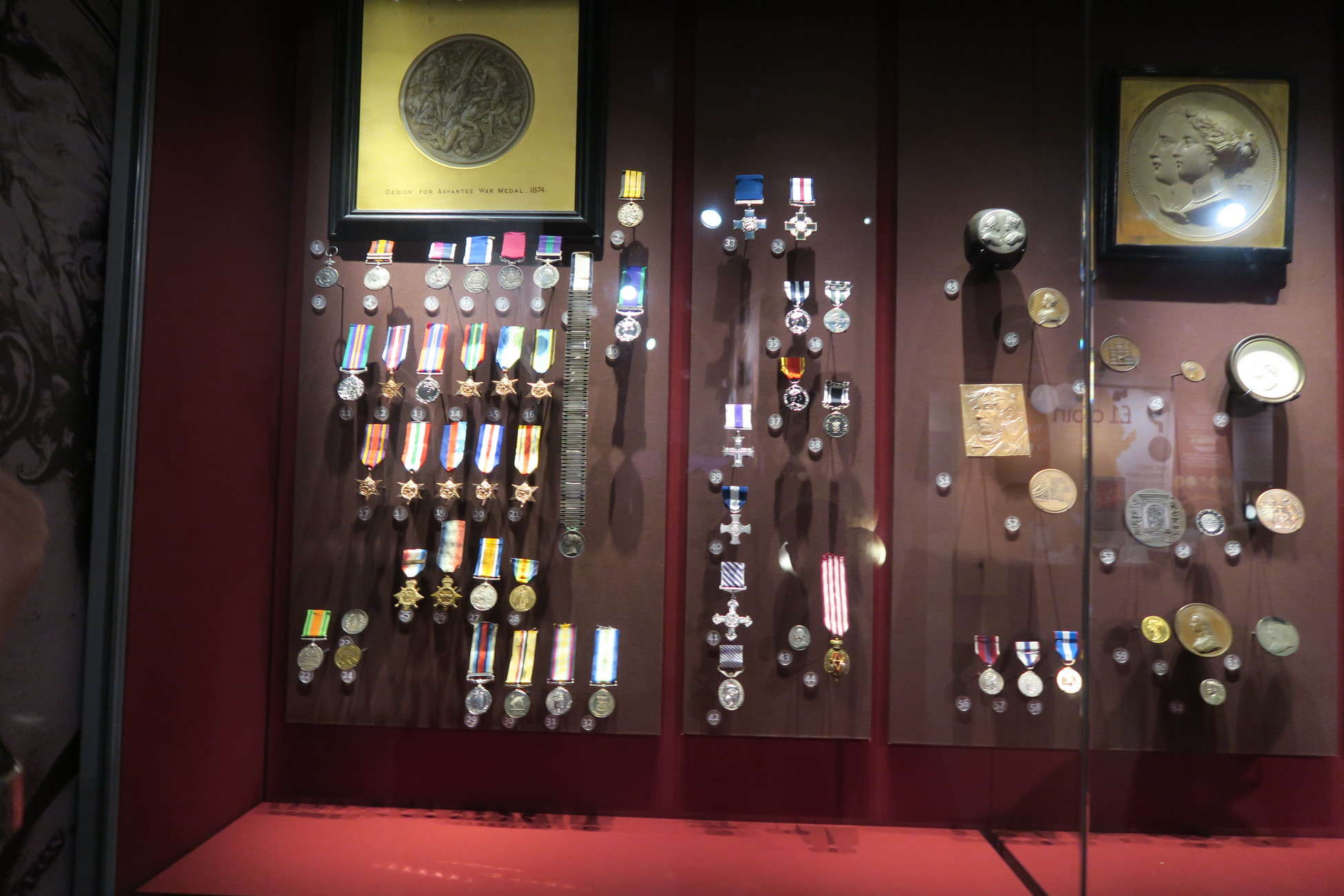 Afterwards we stopped for lunch in the cafe. It is a lovely bright and open space which was really clean too. The food is an average price for places like this but you get really decent portions - proper sandwiches in the children's lunch boxes and a curry portion so big that my husband was completely full - a hard feat!

We had a fabulous time and the hubby and I both really enjoyed it, as did the children. I would say it was best suited for slightly older children, I'd say 6 plus depending upon their interest. Little Miss J (5) didn't take too much in on the first half but Bean who is 9 soaked it up.

Keep an eye out in the holidays as they seem to have lots going on as extras for the children.

I made a little YouTube video of our day out there to give you an idea what it is like. I think it shows just how interactive and hands on parts of the tour are. We weren't allowed to film in the factory part so to see that you'll have to visit for yourself!

Disclosure - we treated really nicely by the Royal Mint Experience and they paid for the whole of our visit, including lunch. We had a lovely time and all opinions are honest and my own.