Mum guilt is something that is talked about a lot, and I know that lots of people feel it's pain. We as Mums can feel guilty for all sorts of things - because we go to work, because we stay at home. We feel guilty for not giving our children enough attention, for spoiling them, for not having enough money, for spending too much on them. We feel guilty if they fall over and hurt themselves, if they are cold at night or if they have a grubby face. We feel guilty that they aren't potty trained by three or if they can't write their own name when they start school. We feel guilty if our children eat chicken nuggets and potato waffles for tea, or if they don't eat the organic wholesome soup you made them. Honestly, the list goes on and on and I'm sure you can add your own guilts here.

I just want all you mums out there (and dads if you are reading this) to stop. Don't feel guilty any more. As long as you are trying your best - and most of us absolutely are - you have no reason to feel guilty.

I don't feel guilty because I work because I know that I'm not only providing for my family but I'm also being a great role model. Sure it's hard work but my daughters will grow up knowing that they don't have to sacrifice their careers to have children. And if you are in a different position, don't feel guilty either, because as long as you are in that position because you want to be, and you are happy, then you are being a great role model too.

I don't feel guilty that my children sometimes eat 'freezer tapas'. The majority of the time I make them healthy, nutritious food that they persist in turning their noses up at. Why should I feel guilty then that sometimes I acknowledge to myself that it is a waste of time cooking from scratch, that their tummies will be fuller if they eat quorn sausages, beans and waffles one night, and let's face it, it gives me more time to spend with them that evening.

I don't feel guilty for not always having the time (or inclination sometimes) to play or plan activities with my children. I play with them lots, and take them out all the time so a day off here and there is not going to do them any harm, and might actually do them some good - learning to create your own fun is a big part of childhood after all!

I don't feel guilty when my children take a tumble and hurt themselves. I know that they are well supervised but I also like them to have the freedom to play, and sometimes this means they will be running along and fall over. Little Boy hurt his finger ice skating at the weekend, when he was skating with his Dad. He was being supervised but accidents just sometimes happen. I know it might not have happened if he wasn't ice skating, but then he wouldn't I think it's part of life's learning experience, next time they might go slower, or they might be more mindful of their steps and as long as I'm not letting them run along a motorway, I'm happy that some scrapes and bumps are just a part of a normal active childhood.

I also don't feel guilty when we are unable to afford to buy our children things, or we don't want to. They are privileged children from a relatively well off family but they still cannot have it all. I feel like it is wrong to spoil them with too many material things, and my husband and I came from much poorer backgrounds and we don't feel like we 'missed out' and it probably actually gave us both our strong work ethic.

So I encourage you to stop feeling guilty. For everything that you feel guilty about, think about a positive spin on it. If you really can't then change it, but don't live with feeling guilty, I'm sure you don't deserve it. 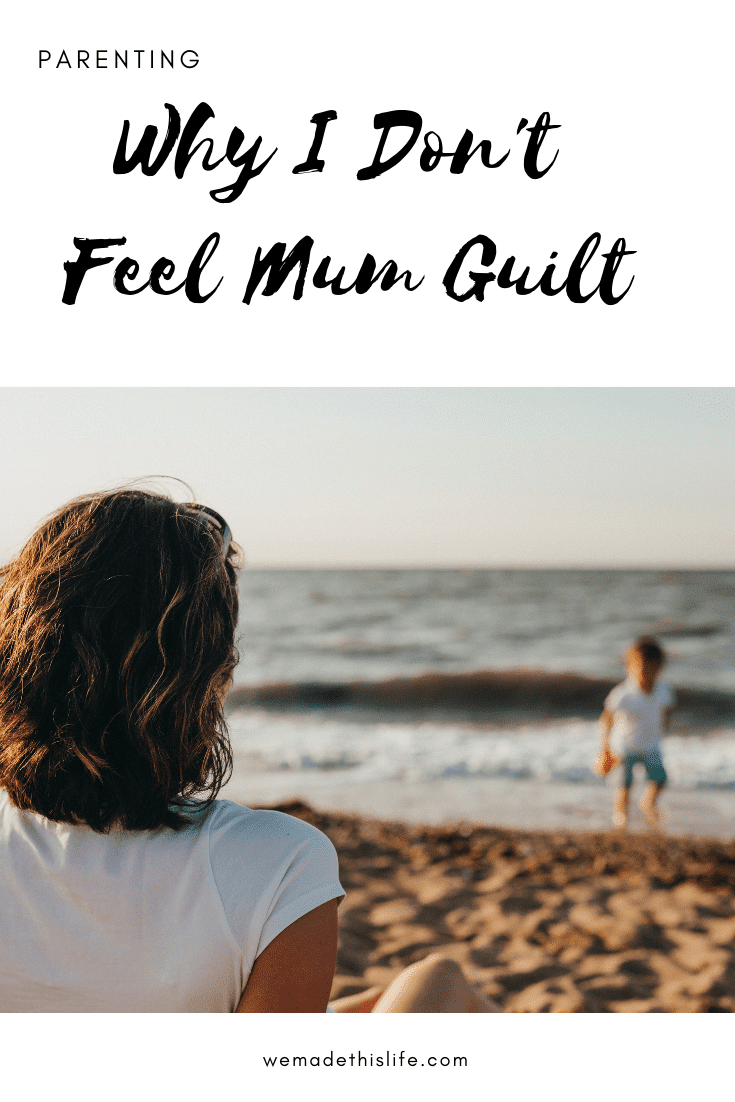