She was so excited to be going to the theatre with me, I have hopefully inspired a love of theatre in her and she couldn't wait to see Awful Auntie live on stage. My eldest is a big fan of David Walliam's books and we have them all. Neither J or I had read Awful Auntie though so we went into the theatre with no preconceptions or expectations, we were just looking forward to seeing the play. 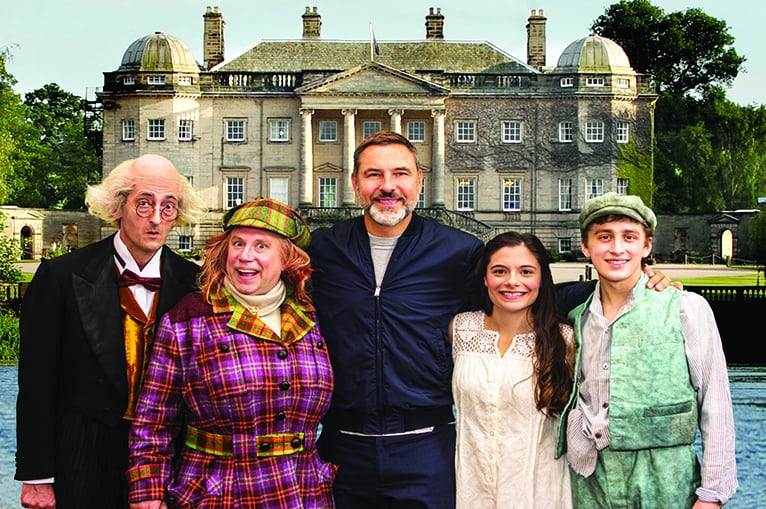 Following on from the success of Birmingham Stage Company's adaptation of Gangsta Granny, Awful Auntie promised great things. The story is of a posh girl, Stella Saxby who awakes from a coma with all her bones seemingly broken, her parents dead and she is in the 'care' of her Aunt Alberta.

It becomes apparent that not everything is as it seems and Aunt Alberta doesn't exactly have Stella's best interests at heart. With the help of a ghost Soot Stella sets about being a detective and soon figures out how her parents died and that Aunt Alberta is after the deeds to her home Saxby Hall. 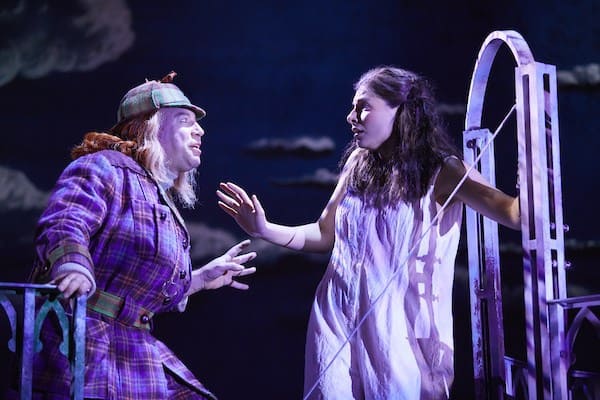 The play is a lot darker than I imagined it would be. The stage setting is dark and spooky. The moving stage was incredibly clever, with light and shadows helping to set the scene and really made the atmosphere. The darkest element is that there is no one to save the day for our heroine Stella. All the adults are dead or useless, even the police fail her and she relies on the owl Wagner and the ghost of another child to help her. 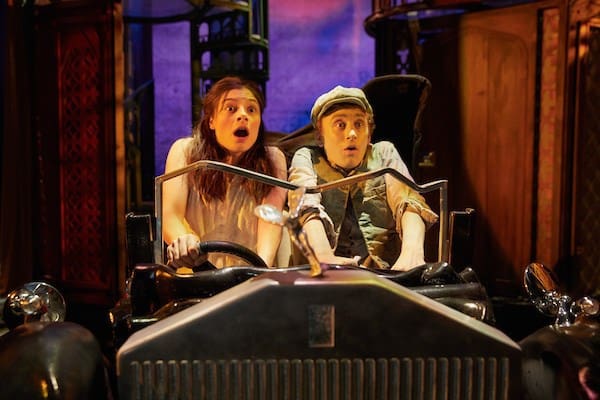 This is what make the story for me though. Stella's brave and heroic actions mean that she saves herself and also creates a great opportunity for others, there is nothing more inspiring than that. The play also shows how the two characters Stella and Soot can overcome their class divide and problems in communicating due to different accents to work together, proving that class doesn't matter.

The play is dotted with humour too, Gibbon their servant provides lots of laughs as he randomly appears on the stage and when Stella and Soot exact their revenge on Aunt Alberta with some pranks it drew lots of laughs. It was these moments that really helped to raise the spirits of the audience, and J who is a very sensitive child thoroughly enjoyed everything, the dark moments were balanced well enough with humour in that regard. 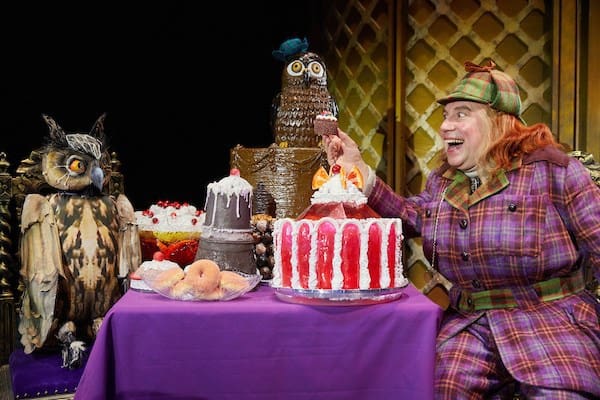 Awful Auntie is at the New Theatre Cardiff until Sunday 13th May 2018 and you can book tickets here. It then tours the country so if you aren't local you still have a chance to see it. See the details of the tour here.

Disclosure - we were gifted tickets to Awful Auntie for the purpose of this review. All opinions are honest and my own.