My children are immensely lucky that they have been taken to many theatre shows and plays in their time. One of their favourite theatres is the New Theatre in Cardiff and as we were walking past there the other day my eldest Eve (11) saw a poster for The Play That Goes Wrong and asked if we could go and see it. I love that she takes such an interest in the theatre and that she is enticed to go to watch a show. She really has caught the theatre bug which is lovely to see. 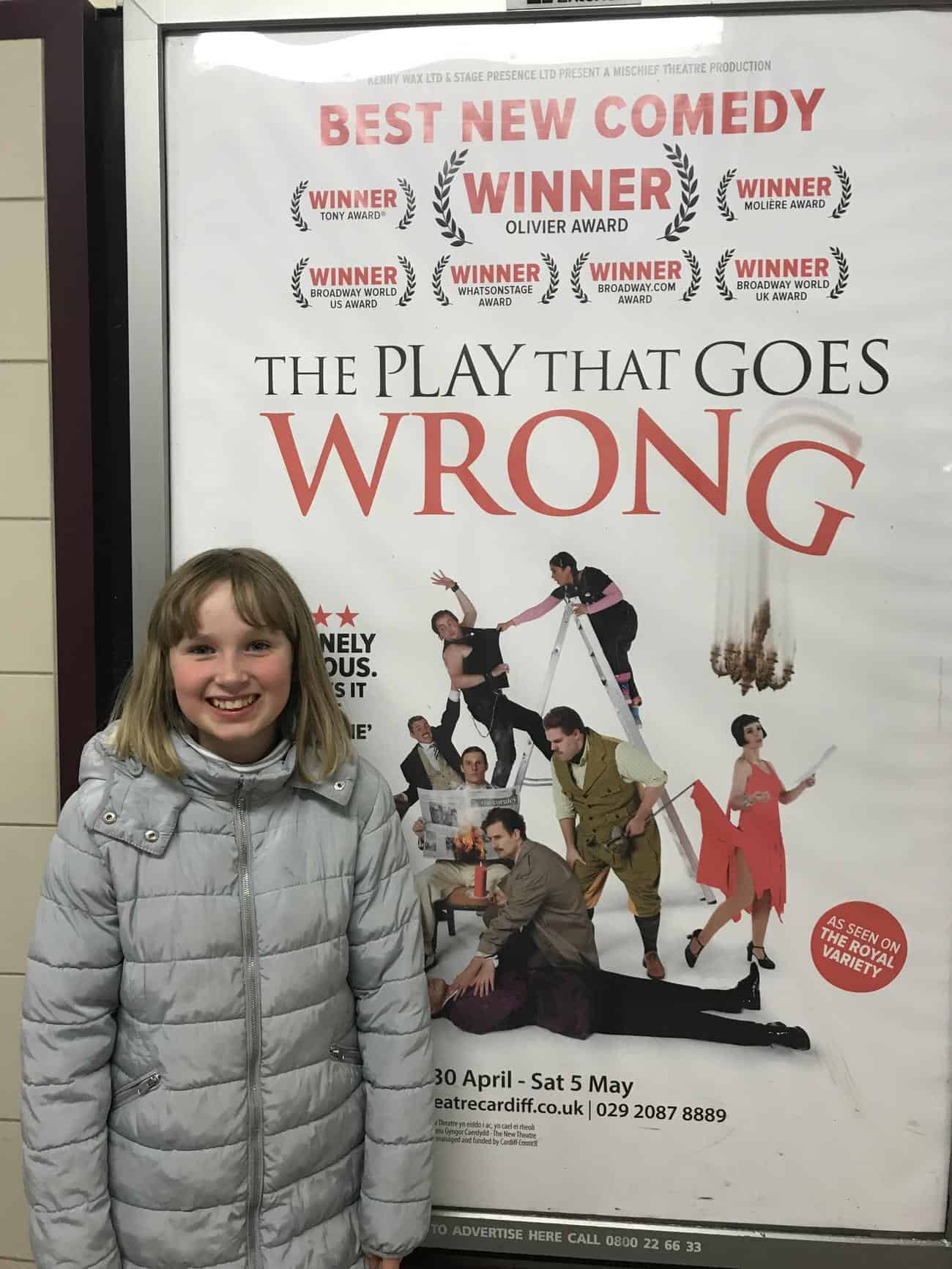 So last night I took her to the New Theatre to watch the play. It was lovely to go out just her and I and spend some time together and she was so excited! When we got to the theatre it was absolutely bustling with people which is always nice to see and we settled into our seats about ten minutes early to enjoy the show. 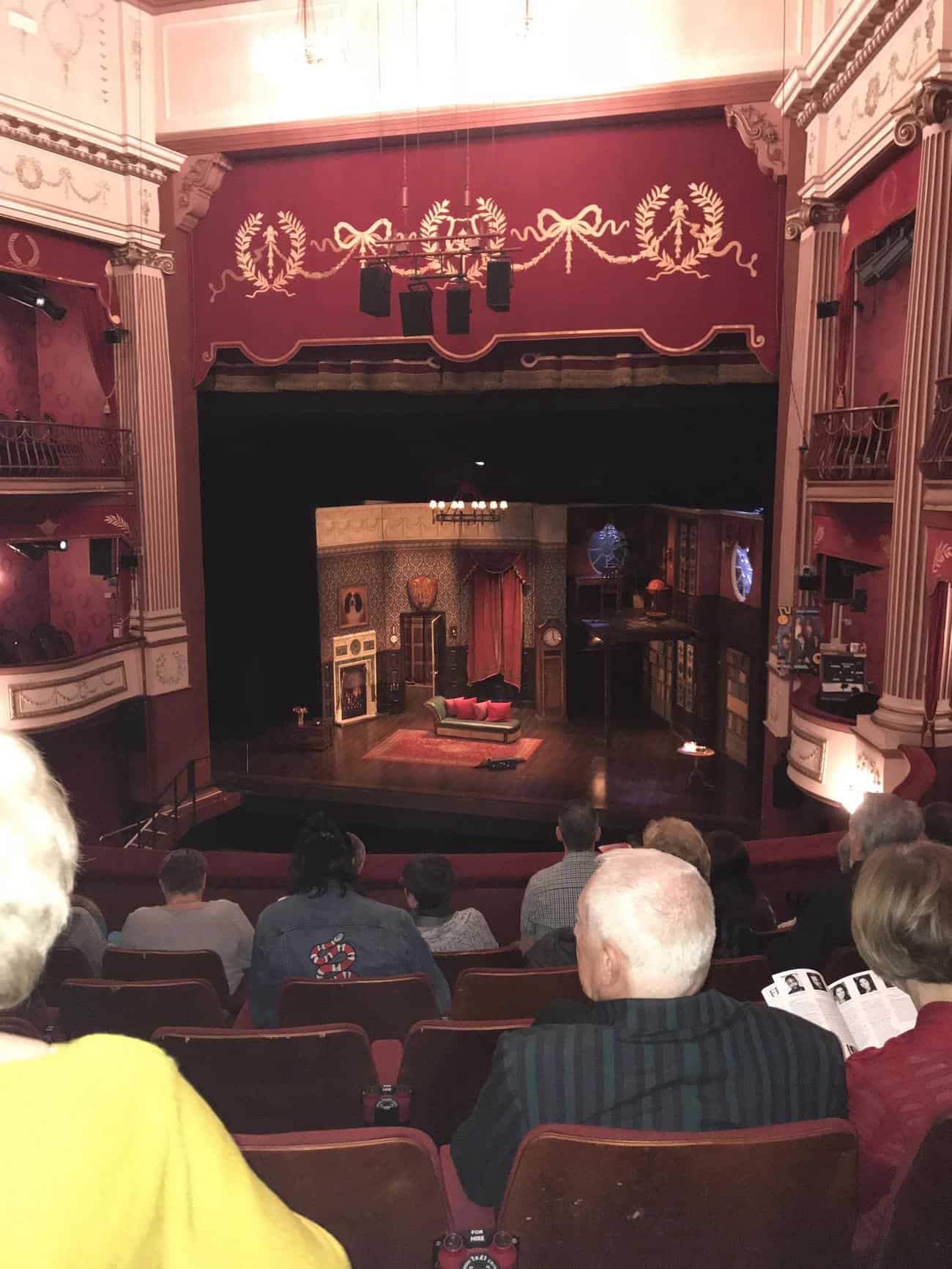 A little pointer if you are going to see the show - I would recommend sitting down a bit early as there is some pre-show action on stage which is really funny and obviously helps to warm up the audience. Eve was bewildered by the man wandering around the theatre looking for his lost dog, she thought he was genuine but it all became apparent as part of the joke of the play later on.

The play is set up as a murder mystery, but obviously everything that can go wrong does go wrong! I honestly haven't laughed so much in ages, Eve was laughing until she was crying at some points, it was so nice to see the happiness on her face! It was genuine slapstick comedy and importantly for me, good clean humour so Eve could enjoy it without me worrying!

I don't want to give too much away but you'll see the actors forget their lines, mispronounce words, props fail, mistime their prompts, the stage fall apart, plenty of comedy falling down and just genuinely funny moments. You know that if your cheeks hurt from smiling and laughing that you have had a good time! I asked Eve for a quote for my review and she said "It was the best thing I have ever seen". That says it all really doesn't it!

The Play That Goes Wrong is showing at The New Theatre until Saturday 5th May 2018 and you can buy tickets here.

Mischief Theatre Company, the brilliant company behind this play are coming back to the New Theatre in October 2018 with The Comedy About A Bank Robbery. Guess who definitely wants to see that?! You can read more about it and book tickets here.

Disclosure - we were gifted our tickets to the show for the purpose of this review. All opinions are honest and our own.