You may remember me writing about the British Speedway GP a few weeks ago. It's not an event that I previously knew much about but when I was invited down to watch it I grabbed the opportunity as I love trying out new things. And boy was I glad that I did - I absolutely loved it! In fact, I think I'm Speedway's biggest new fan! Let me tell you all about the fun we had!

On the Friday we were invited to have a sneak peek behind the scenes in the pit area. The girls were off school because it was an inset day so they came with me. They were so excited to wear their pit passes and it was so interesting to hear all about Speedway and see the bikes and riders up close. The bikes were a lot smaller than I expected and they only have really small fuel tanks. They run on ethanol and have no brakes or gears too! 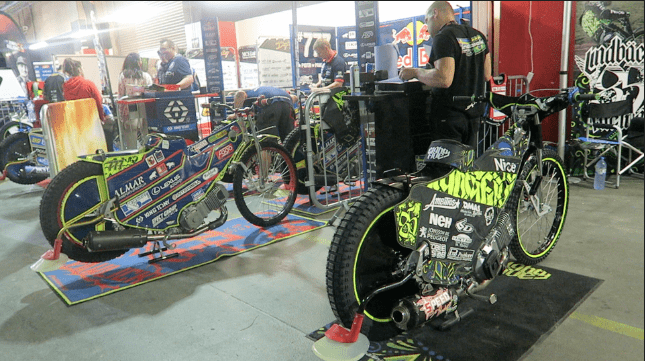 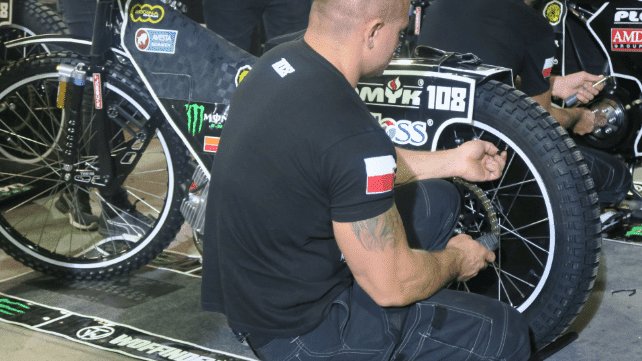 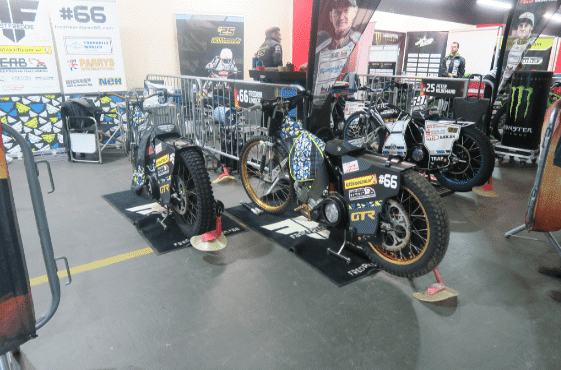 We learnt all about the rules of Speedway - first place gets 3 points, second 2, third 1 and last none. The scores add up and the highest 8 go into the semi final and the first and second from each semi final race go into the final. The winner of the final race is the overall winner, meaning that the winner could have less points than the riders they beat.

We then headed to the stadium seats to have a little watch of the practice. We were amazed at the speed and skill of the racers and it gave us a really great feeling of anticipation for the big event the next day. It was great to catch up with other local bloggers there too. 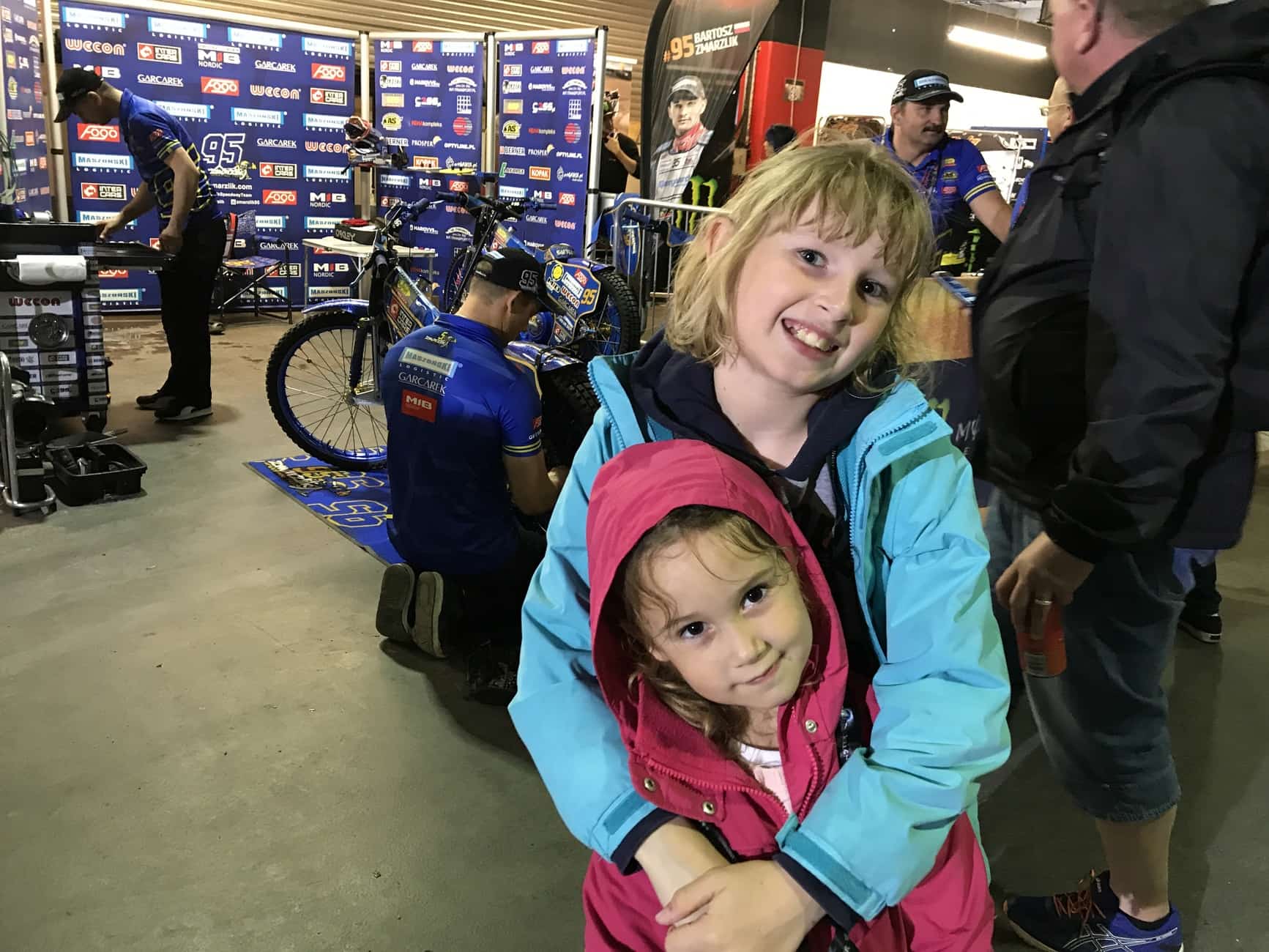 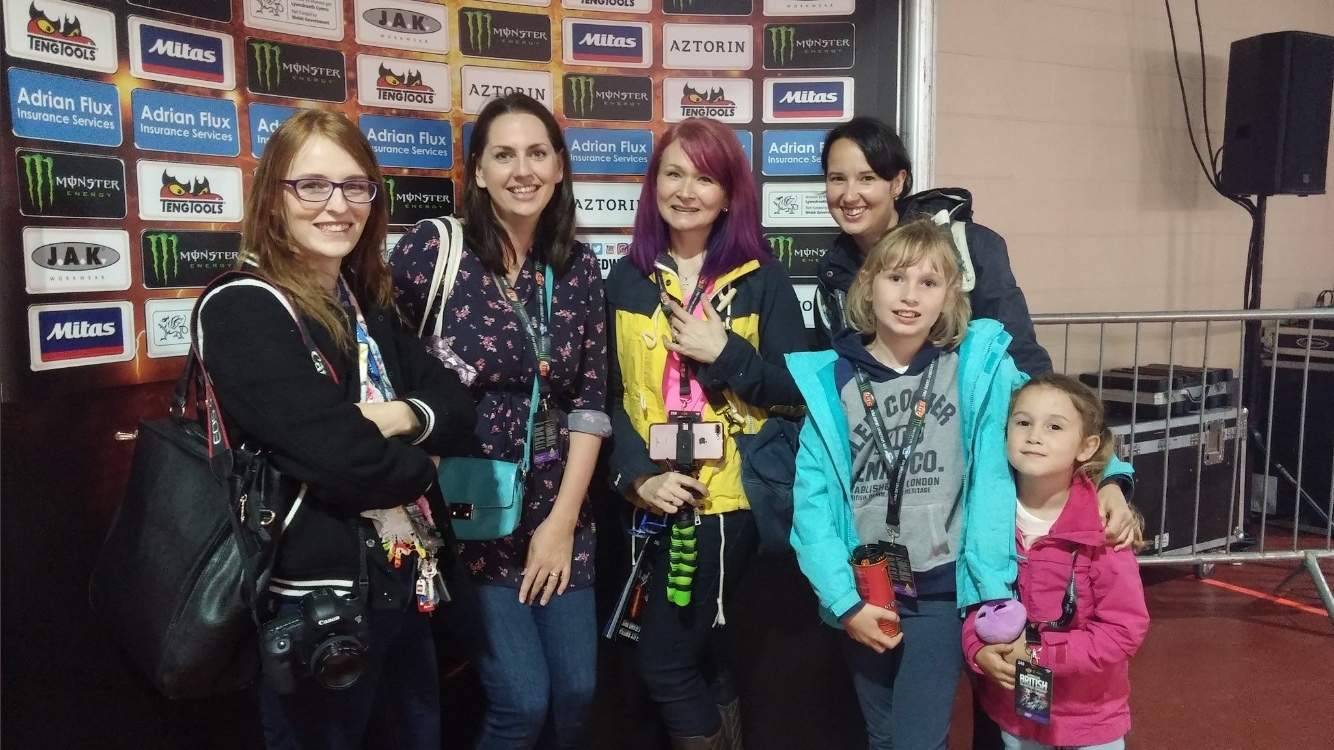 On the day of the event a Fanzone was set up just outside City Hall in Cardiff which was completely free and open to non-ticket holders too. There were food stations and games and action on the stage. Unfortunately the weather was absolutely horrendous so we didn't stay but it was a really great addition to the event, and such a bonus that it is free too. It really enables you to make a whole day of the event, especially for those who travel the world following their favourite Speedway stars. 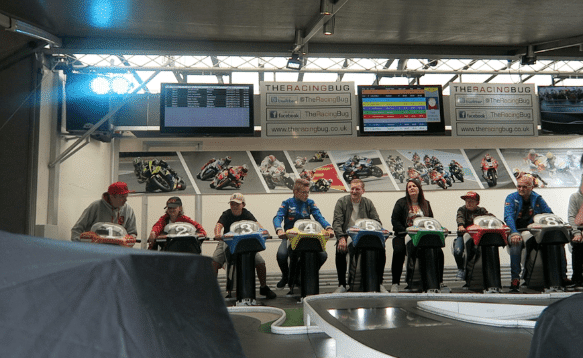 In the evening we headed over to the stadium with the girls who were really excited. We waited a while to get in because they have really strict baggage checks now which made us feel very secure, but the girls weren't happy with waiting to get in! 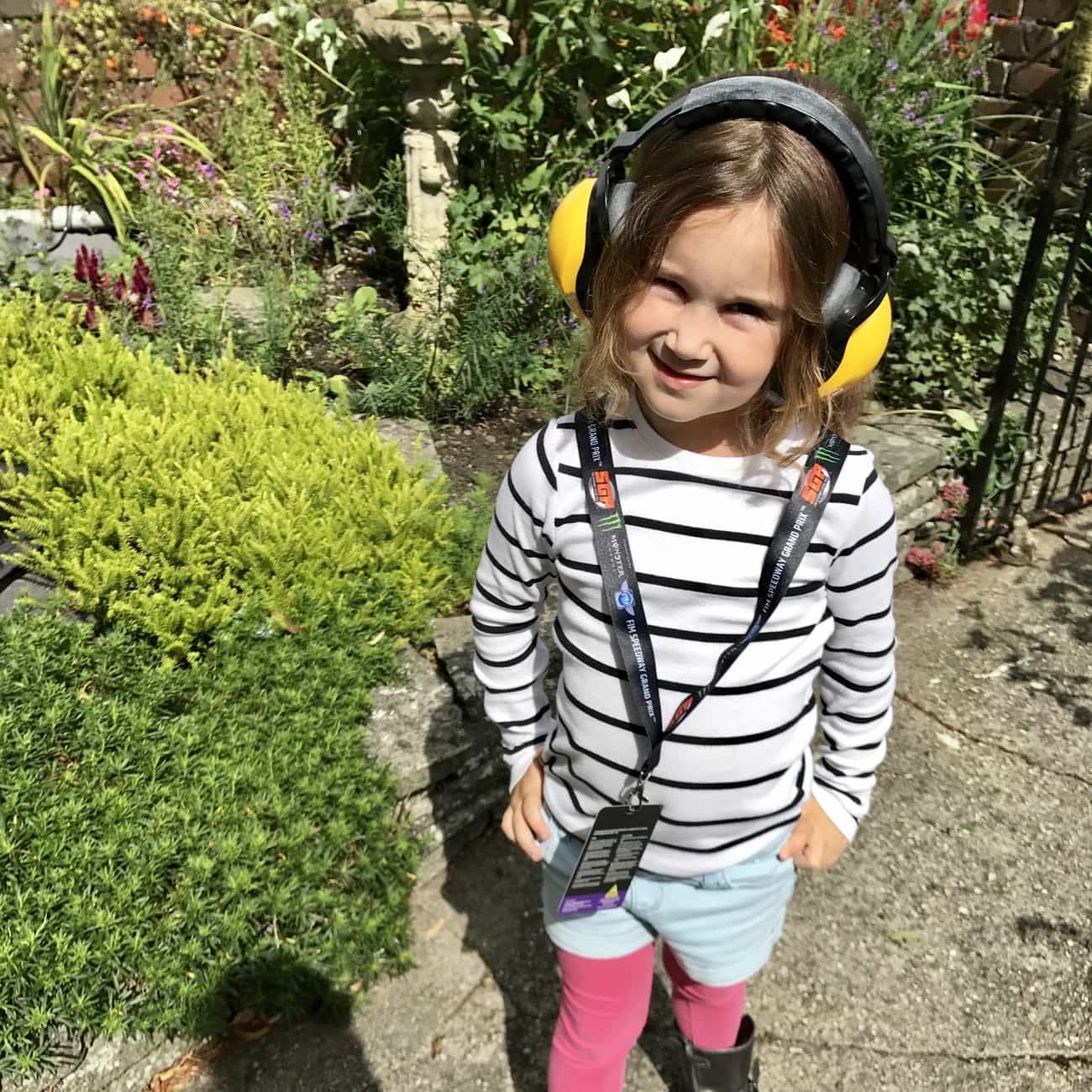 Once we were inside though, the event started and the atmosphere was electric! It started with an introduction to the riders with a firework display and music and we really got into the mood. When the first race started though it was a false start! I hadn't realised how strict the rules are - the riders will get disqualified for hitting the ribbon or given a warning if they aren't stationary. It really added to the tense feeling at the start of each race! 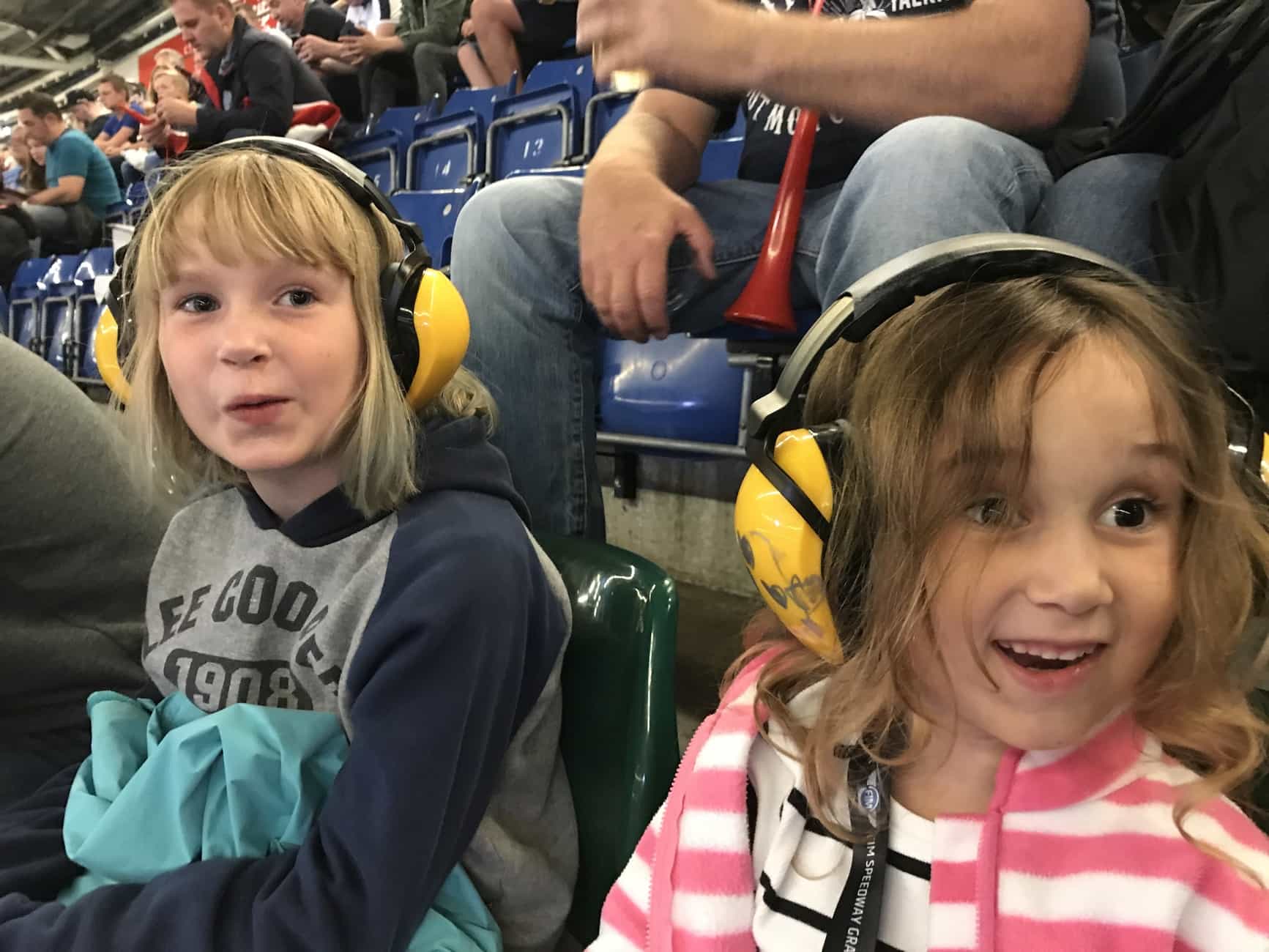 The girls were completely captivated, as were hubby and I! The races are only short so they really held your attention and we got really into supporting different racers as the contest went on. There were some tears when Tai went out from Little Miss J! We took ear defenders for the girls because it can get a bit loud. They took them on and off and most people there weren't wearing any. I'd be tempted to take some just in case but they're not absolutely necessary.

It was honestly such a great evening, and I'm so glad that we went. It just shows that it pays to say yes to things that you normally wouldn't otherwise. I think we'll definitely be watching more Speedway in the future! You can see more of our weekend of Speedway in a video I made which is on my channel now...

Disclosure - we were invited to this event free of charge for the purpose of this review. All opinions are honest and my own.