Cinderella At The New Theatre Cardiff - A Review 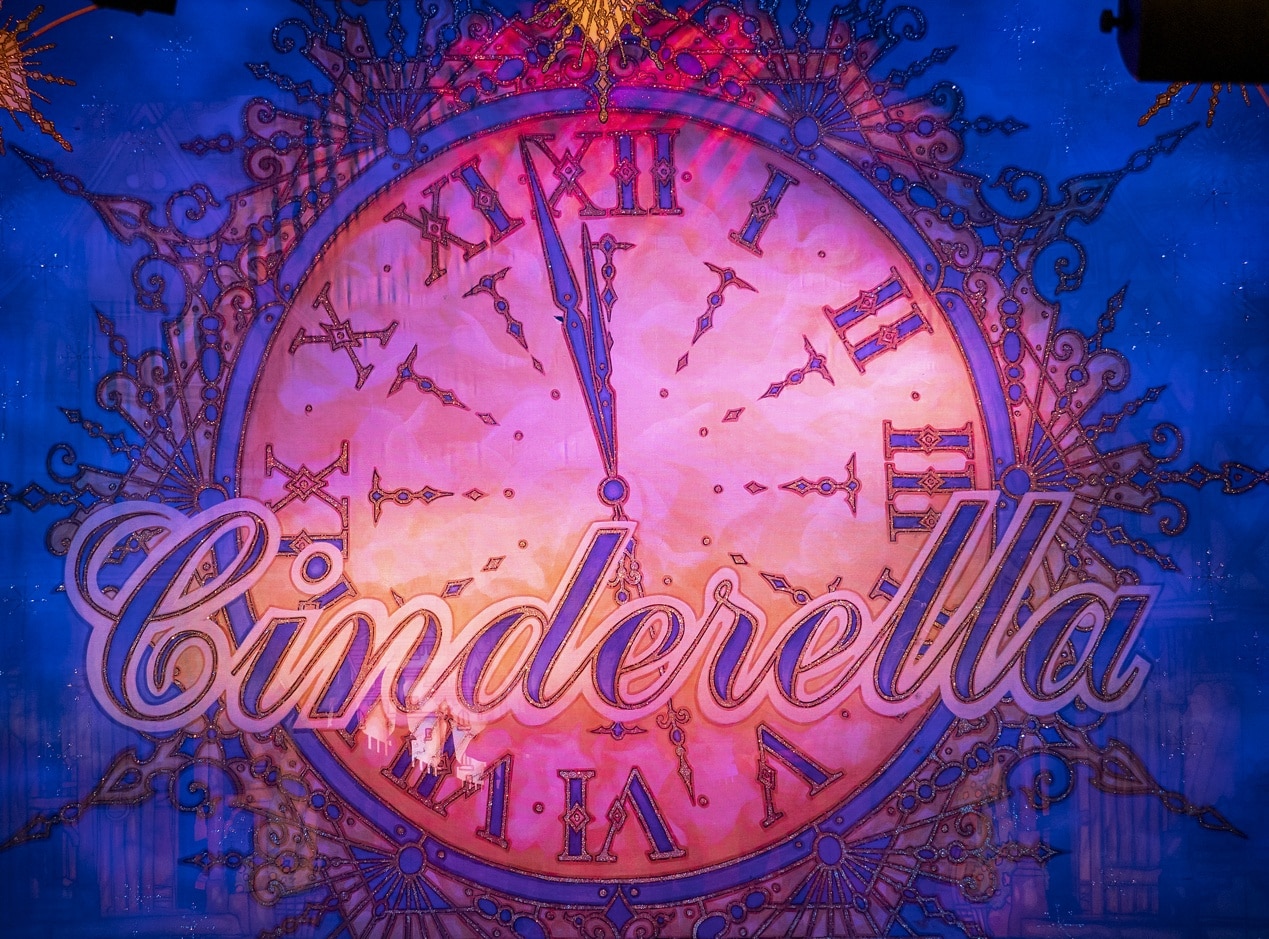 Disclosure - we were invited to the press preview evening and given complimentary tickets for the purpose of this review. All opinions are honest and our own.

It's not Christmas without watching a pantomime and going to The New Theatre in Cardiff to see the Panto is one of our traditions. You might remember we saw Beauty and The Beast last year which we absolutely loved so we couldn't wait for this year's offering. I was particularly excited to see Gok Wan on stage - and he didn't disappoint - he was totally fabulous!

It was a really special evening too because it was The New Theatre's 113th birthday! If you haven't visited before The New Theatre is located in the heart of Cardiff, just off Queen Street. There is ample parking (payable) nearby by the museum or we normally catch the train as it is only a 5 minute walk from the theatre and also means that you can enjoy a little drink in the bar too!

The celebrity cast for Cinderella this year is strong, there is Gok Wan as the Fairy Gokmother, Mike Doyle and Ceri Dupree as the Ugly Stepsisters, Claudia and Tess and Phil Butler as Buttons. They are all absolutely amazing, Buttons in particular is very funny and one of our favourite characters. Teleri Hughes is stunning as Cinderella, her voice is beautiful and her on screen love interest Prince Charming (Rob Wilshaw) is just that - charming, they really are a very endearing pair with strong musical voices and they are a credit to the show. 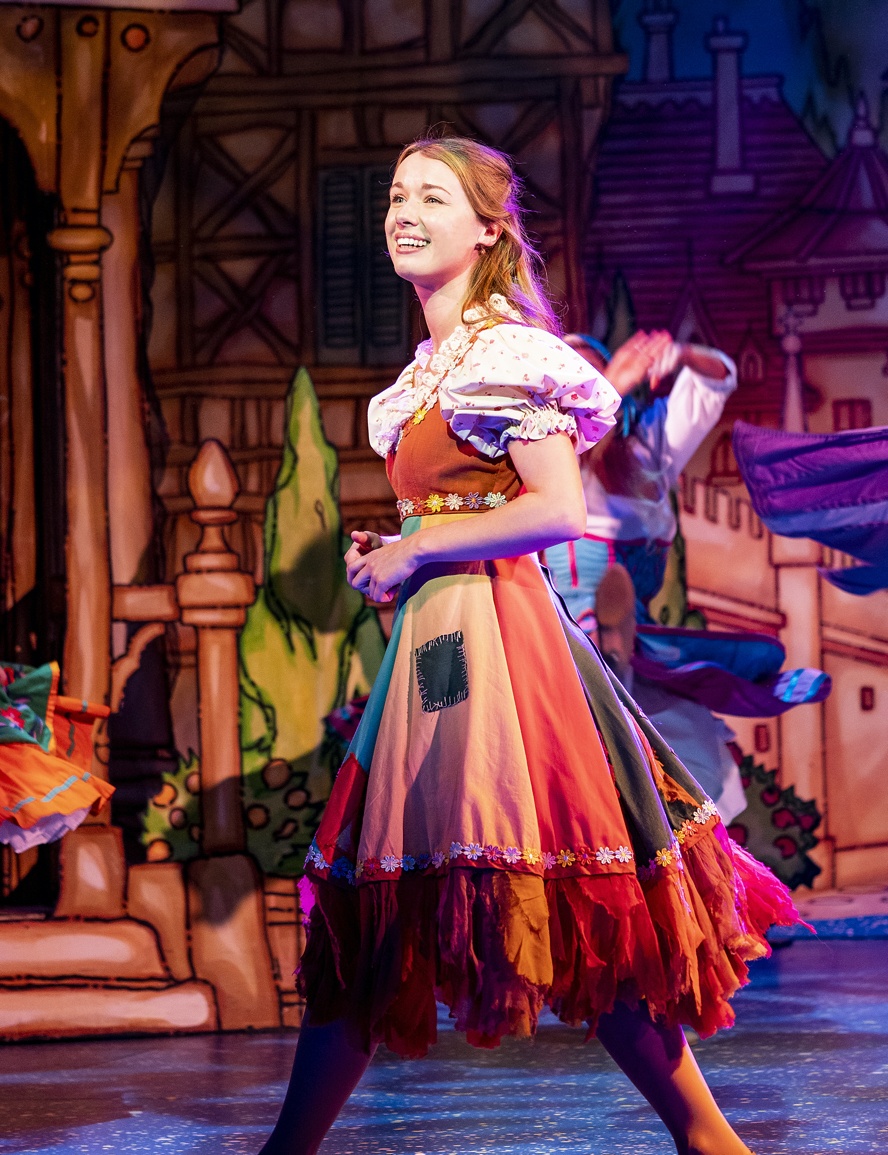 As you would expect from Panto there are many laughs to be had, and jokes to appeal to all ages! I took my daughters (12 and 8) and it was the first year that my 12 year old could understand most of the innuendo and she thought it was absolutely hilarious! My 8 year old loved it too, laughing away at the jokes and she was sitting on the edge of her seat for most of it, in anticipation of what was to come next! Luckily some of the more risque jokes went over her head!

The staging and costumes couldn't be faulted and the Ugly Stepsisters had more costume changes than I could count - each one more dramatic than the next - they were truly a spectacle in themselves! 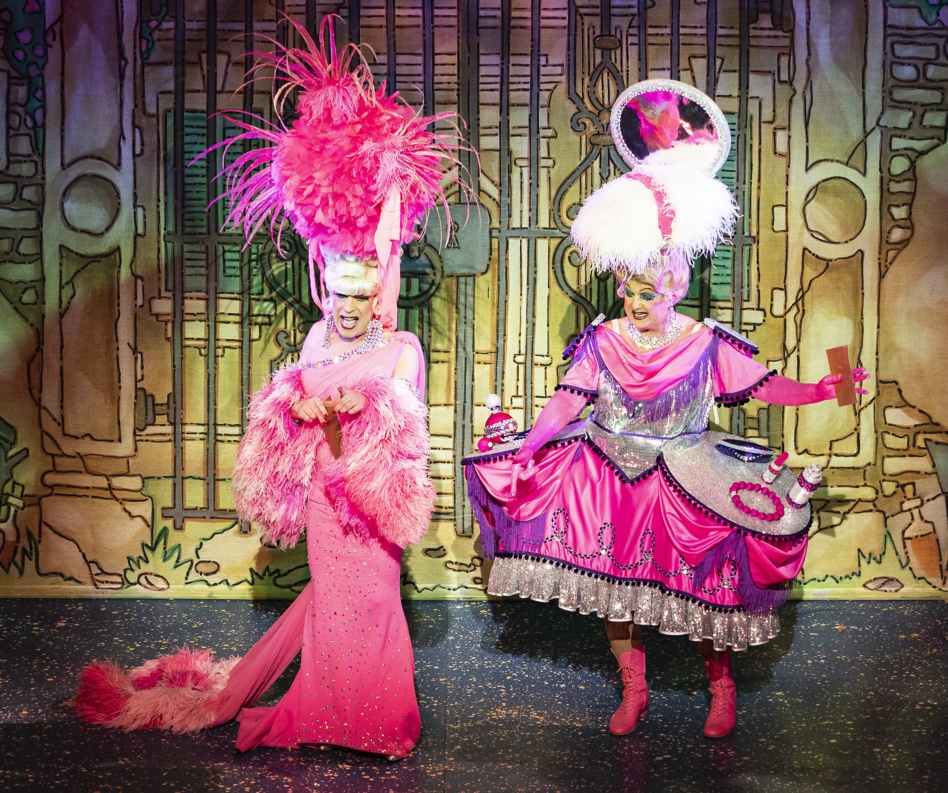 Added extras like falling snow, sparks, bangs and streamers delighted the younger members of the audience too. My 8 year old was mesmerised by the costumes and effects and she couldn't believe her eyes when she saw the two real Shetland ponies on stage pulling Cinderella's carriage!

Cinderella is a traditional tale, which is retold well here, with lots of added slapstick and comedy. There are many local references which add to the humour and modern songs and dance moves bring it right up from it's traditional roots into a modern setting, ensuring that it appeals to all ages. The cast have an easy rapport and the off script moments are a real highlight for me.

The rendition of 12 days of Christmas near the end was absolutely hilarious and really set off a happy Christmas cheer. We left the theatre on a high and talked all the way home about what we enjoyed the most. Miss J enjoyed the Ugly Stepsisters while E thought that Buttons was especially funny. I thought Buttons was brilliant and I enjoyed Gok Wan's performance, it's nice to see someone you know "off the telly" live on stage! The atmosphere in the theatre afterwards was buzzing, you could tell that everyone had thoroughly enjoyed the show. 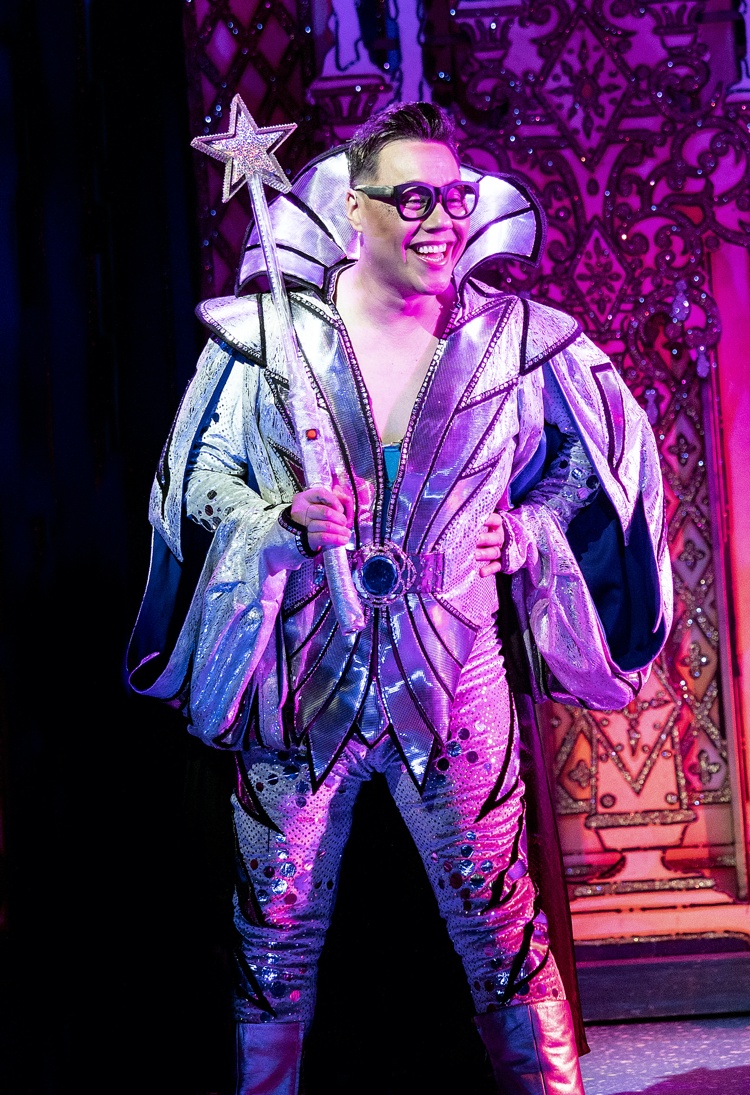 If you hadn't guessed from my gushing review, this is one show I would definitely recommend going to see, at a time of year that is quite often stressful, it is wonderful to enjoy a couple of hours of light relief!

Cinderella is running at the New Theatre twice a day for most days of the next few weeks until the 12th January 2020. You can book tickets online here with tickets starting from £19. Look out for the special family ticket offers where a family of four can visit for £89 which is great value.