Paw Patrol is my little boy's favourite programme. He's just turned 3 years old and it's safe to say that he's obsessed, he's constantly asking to watch it! He has a toy Chase figure that he carries around everywhere and his favourite catchphrase is "Chase is on the case!'. When we heard that Paw Patrol Live was coming to Cardiff we were so excited  as we knew that he would love it.

The atmosphere outside the Motorpoint Arena in Cardiff was alive with excited children as they waited to go in. The show was packed and we eagerly took our seats and waited for the action to begin. 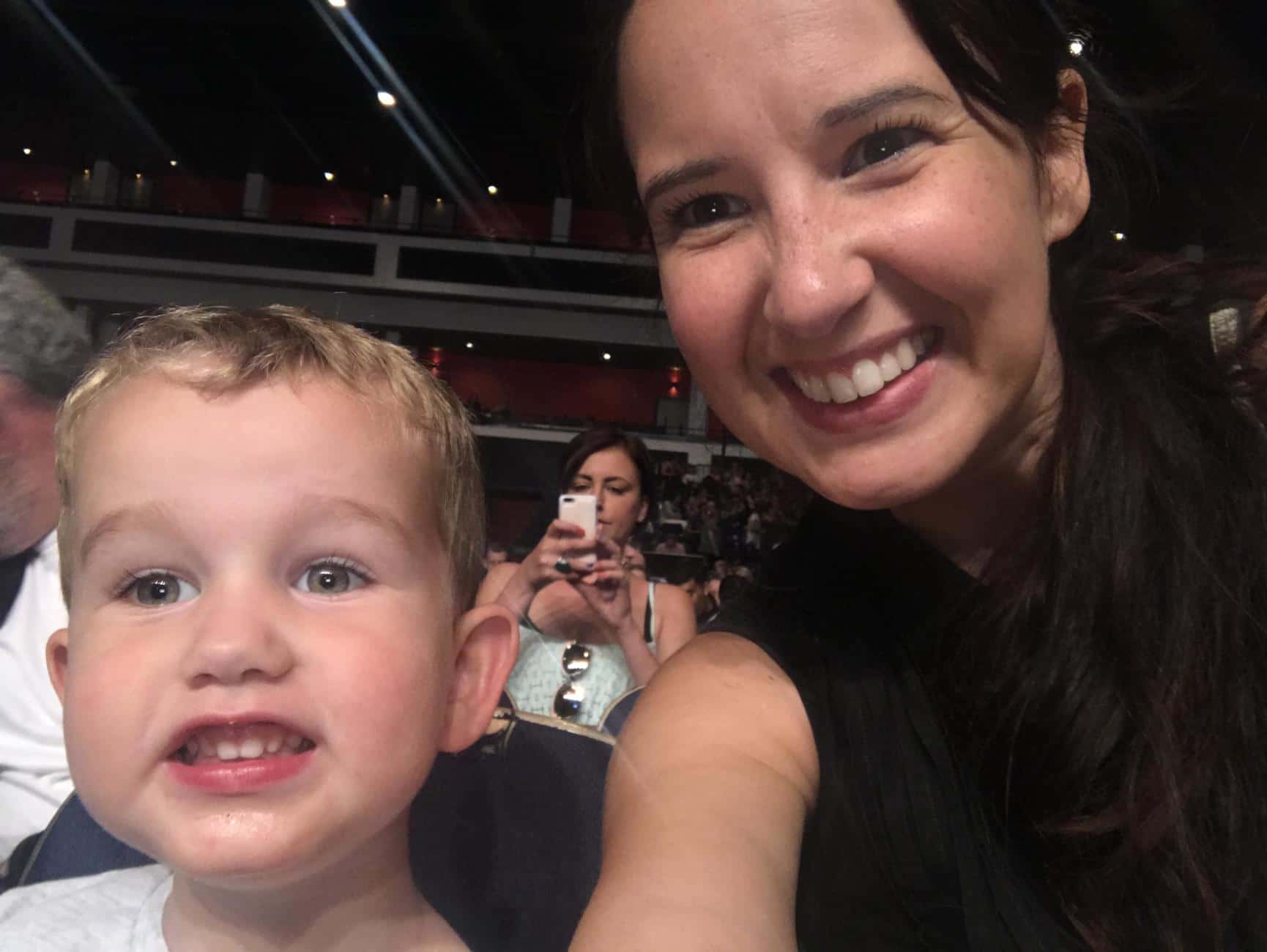 We were greeted on stage by Ryder who started the action and introduced the pups to the stage! They were large characters, animated by humans and they were really effective! Little Boy was so excited to see his hero Chase on stage! 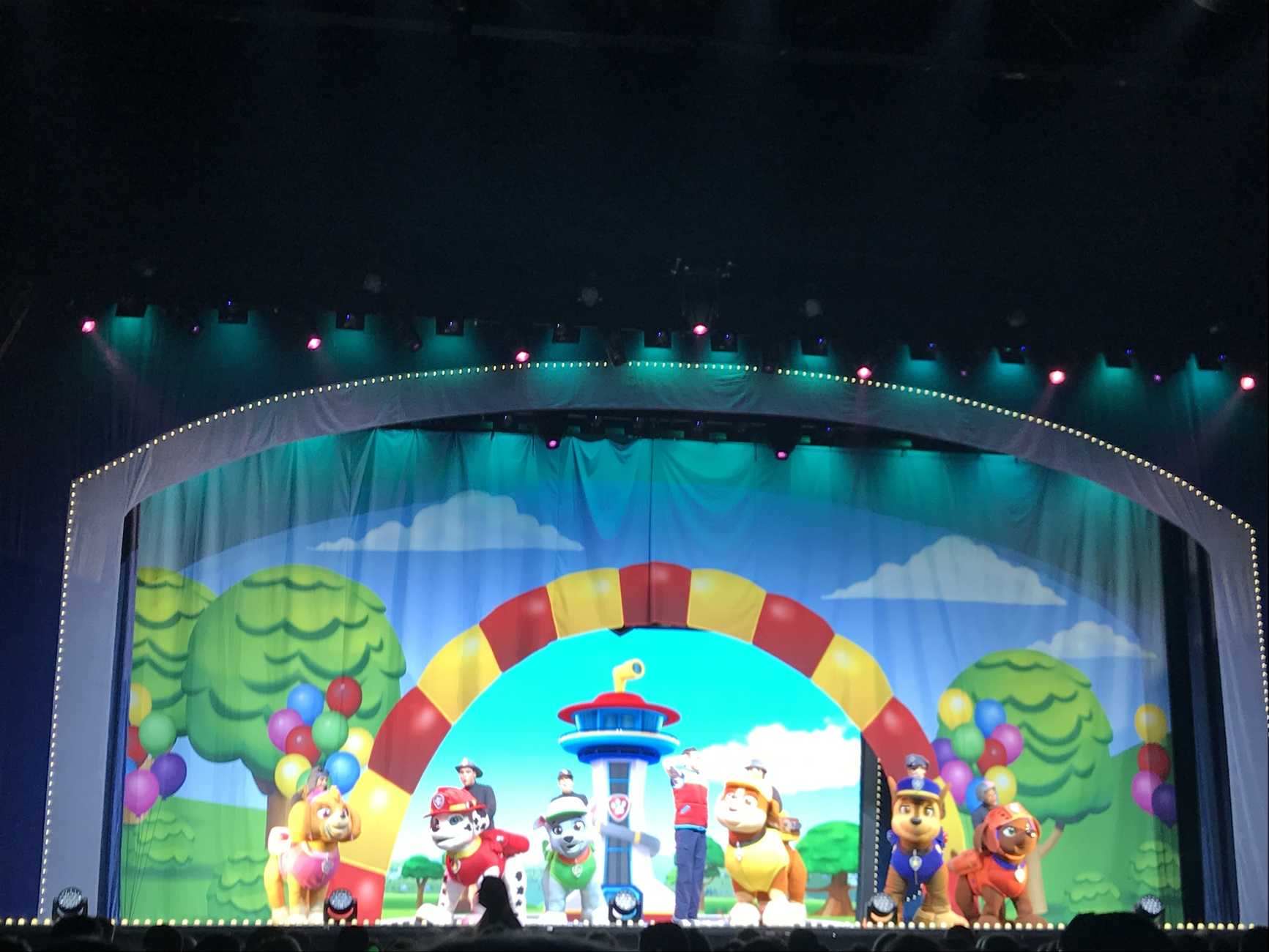 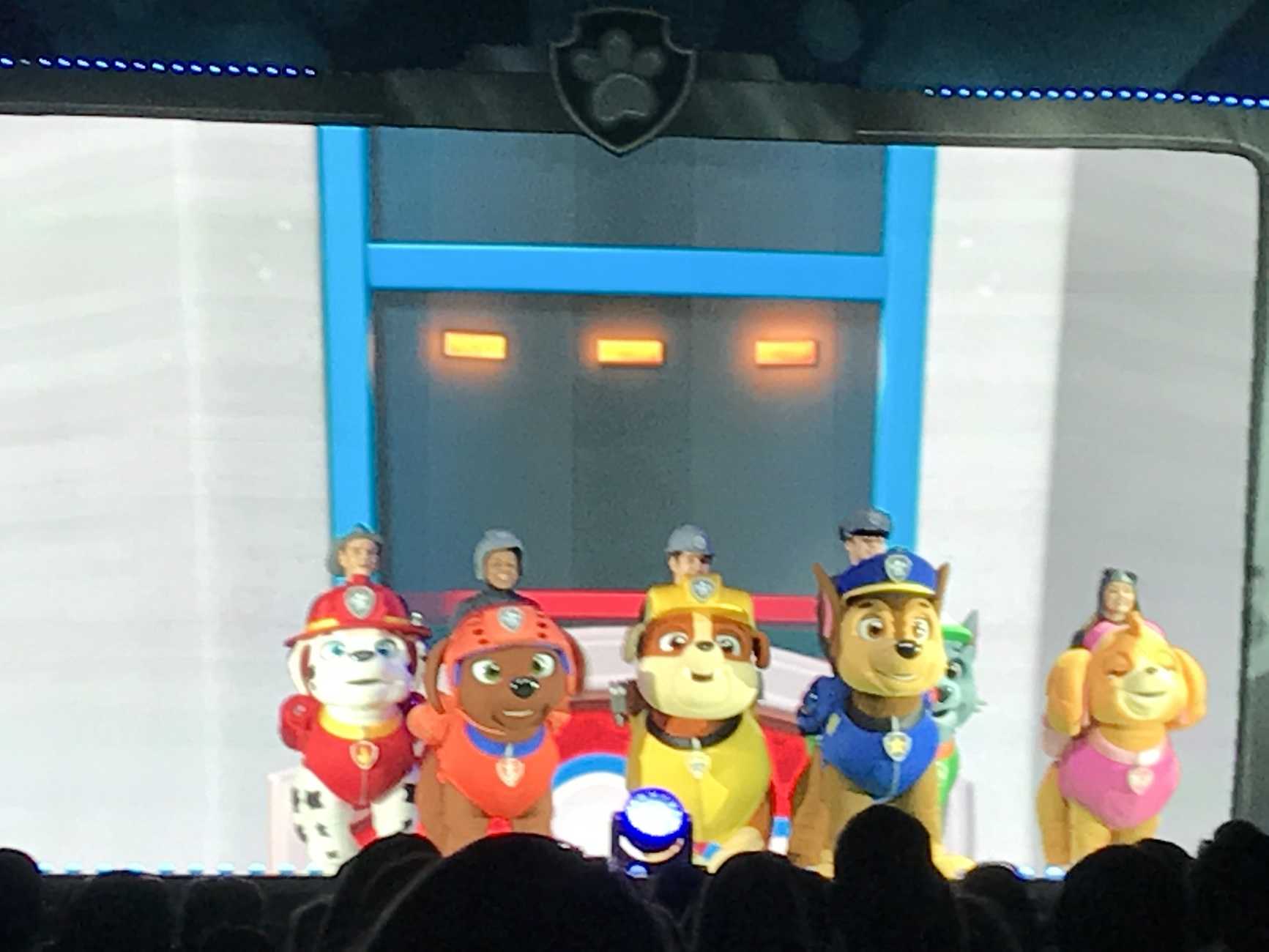 The scene is set and we are introduced to the Great Adventure Bay Race - where Mayor Goodway is set to race against Mayor Humdinger but Chickaletta gets stuck needs rescuing - and guess who comes to the rescue!

As the show goes on the pups help find clues to help Mayor Goodway win the race. Each pup gets to use their skills and no one's favourite is left out. 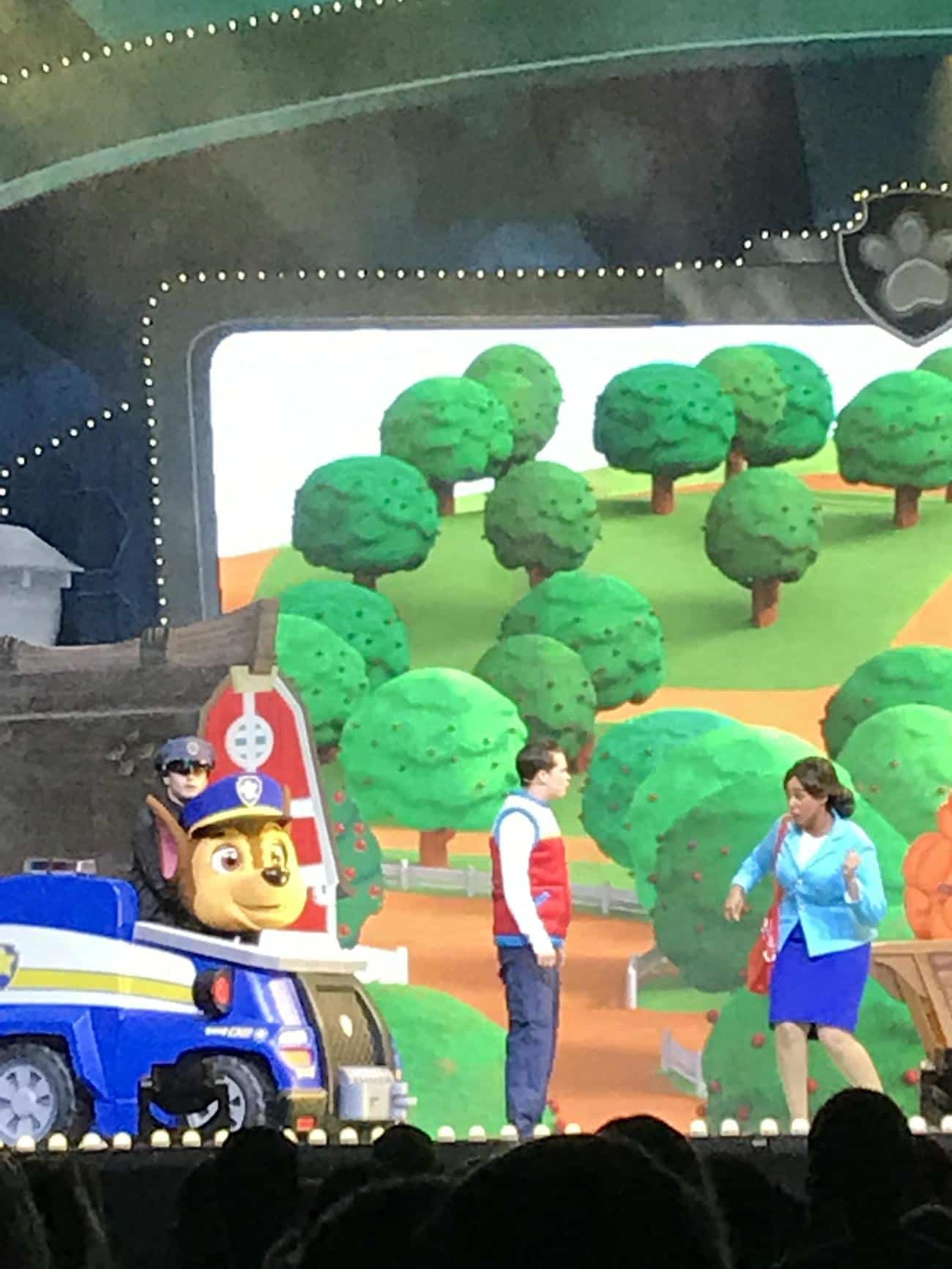 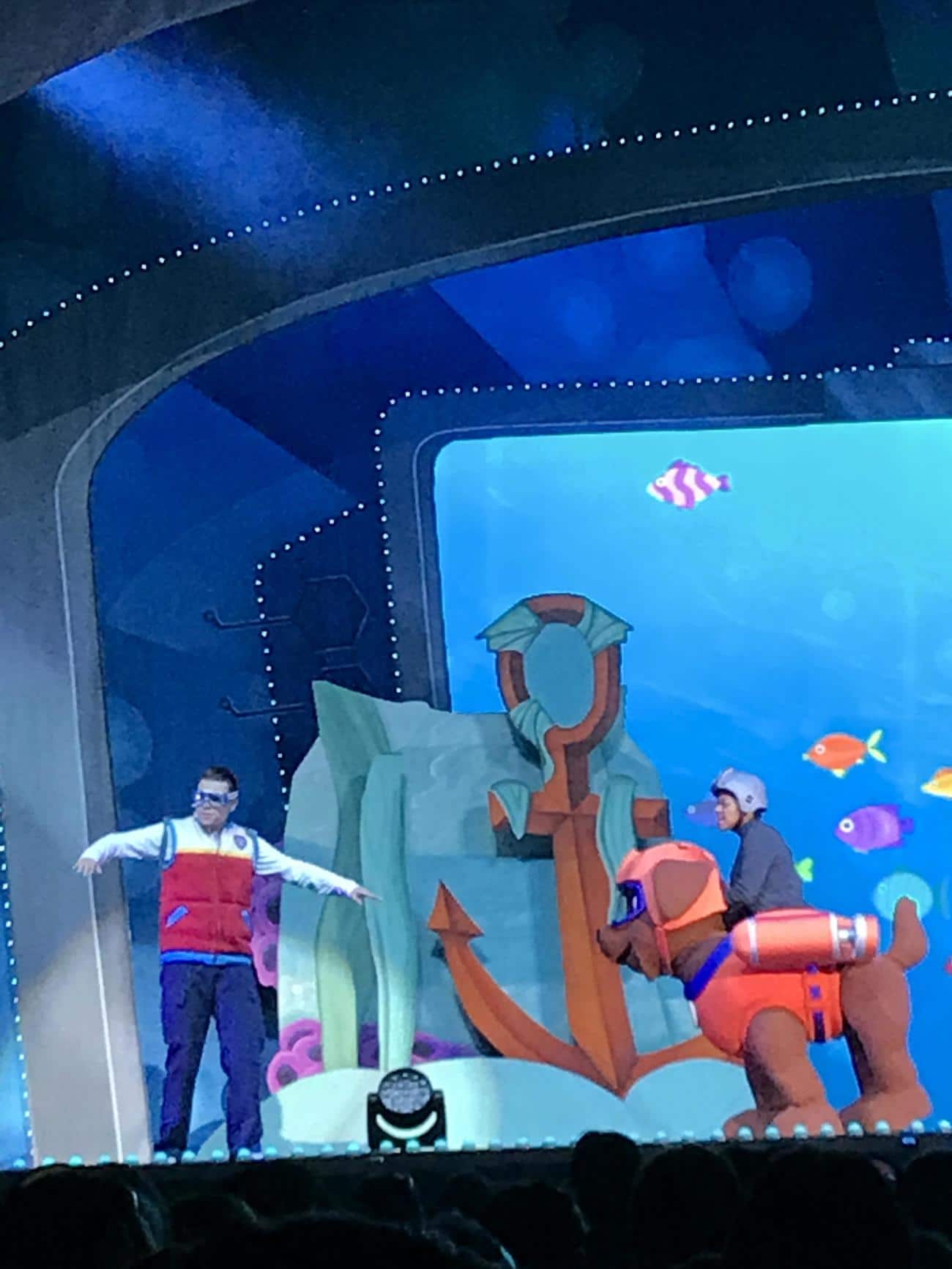 The show is really interactive and the audience are encouraged to sing along and shout out when the pups need a bit of help. The backdrop to the stage is actually a large screen which really made it feel like we had been dropped into the TV show that we all know and love!

The show went on for an hour and fifteen minutes, with a fifteen minute interval in the middle. It was the perfect length of time and Little Boy who doesn't have the best attention span was totally engaged for the whole thing and even joined in with the clapping and dancing at the end. 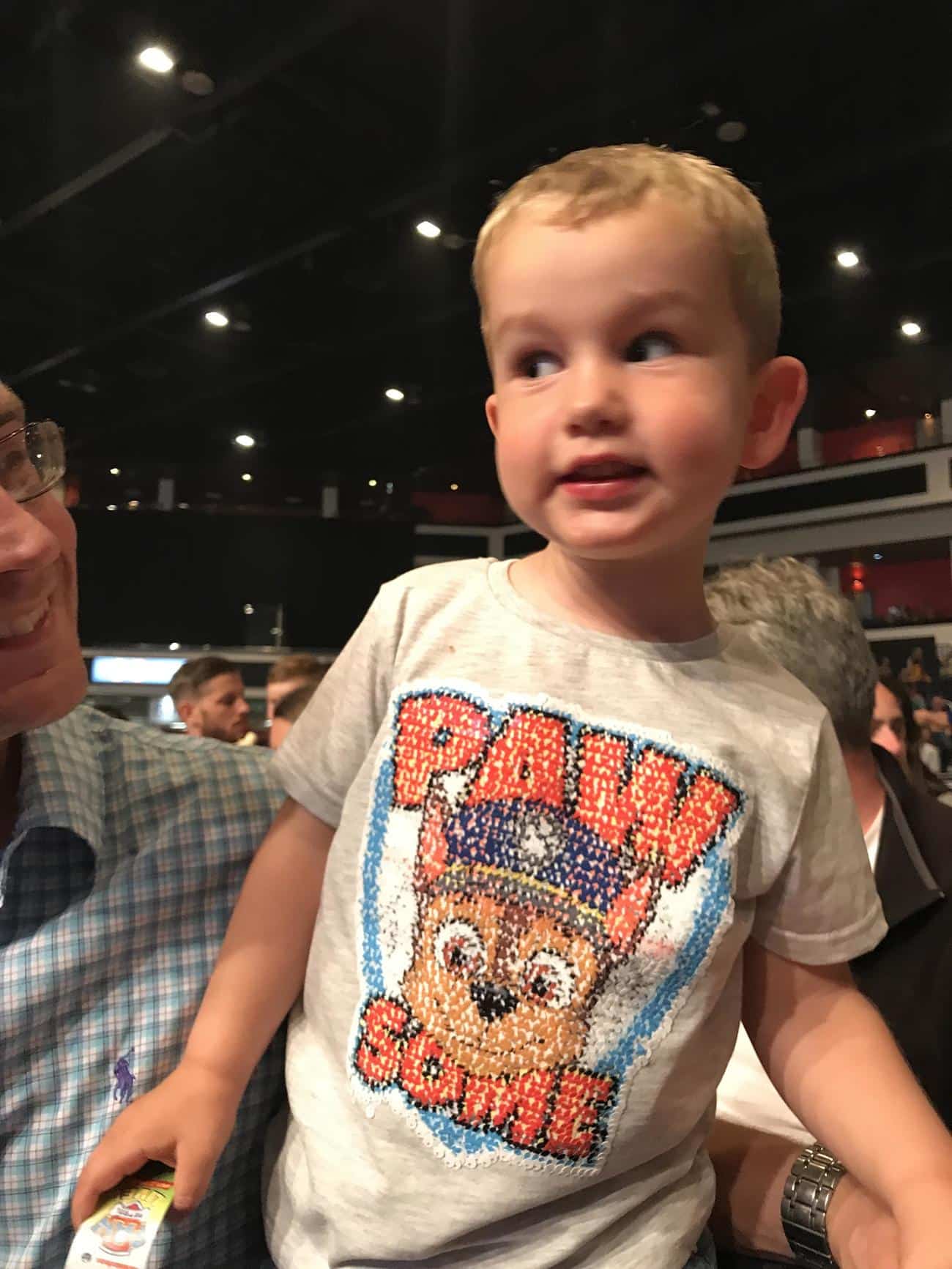 If you have a little Paw Patrol fan in your house they'll love this, you should definitely treat them if you can! Paw Patrol Live is on tour of the UK right now, you can have a look at the tour details and buy tickets here.

Disclosure - we were gifted tickets for the show for the purpose of this review. All opinions are honest and our own.