The Wonderful World Of Disney on Ice Review 2019

Disclosure - we were gifted tickets for the purpose of this review, all opinions are honest and our own.

As you well might know, we are huge Disney fans. We have visited Disneyland Paris and can't wait to go to Disney World Florida one day. In the meantime we got our Disney fix by watching the latest tour of Disney on Ice in Cardiff at the weekend. Read on for our Wonderful World of Disney on Ice Review 2019.

We LOVE Disney on Ice and have been really lucky in that we have been to see the show before. You can read our previous reviews here, here and here. What I really like about it is that each year it is different which means it doesn't ever get boring, although could Disney ever get boring?!

If you haven't been to a Disney on Ice show before, here is what you can expect. Try to arrive a little early to browse the merchandise that is for sale and find your seats. Personally I think the food and merchandise is overpriced so I wouldn't buy it there but a little window shopping doesn't hurt and it helps to get in the Disney spirit!

Just before the show starts there is a little display on ice which is always nice to watch so make sure you are seated at least 5 minutes before the show is due to start. We watched some ice skaters throwing frisbee type things through the air which was impressive!

Your favourite Disney characters then come on to start the show. Mickey, Minnie, Goofy and Pluto are their usual loveable selves and they do a little sketch which gets everyone up in the audience moving and dancing. The whole show is really interactive and you are encouraged to sing along, dance and take photos. 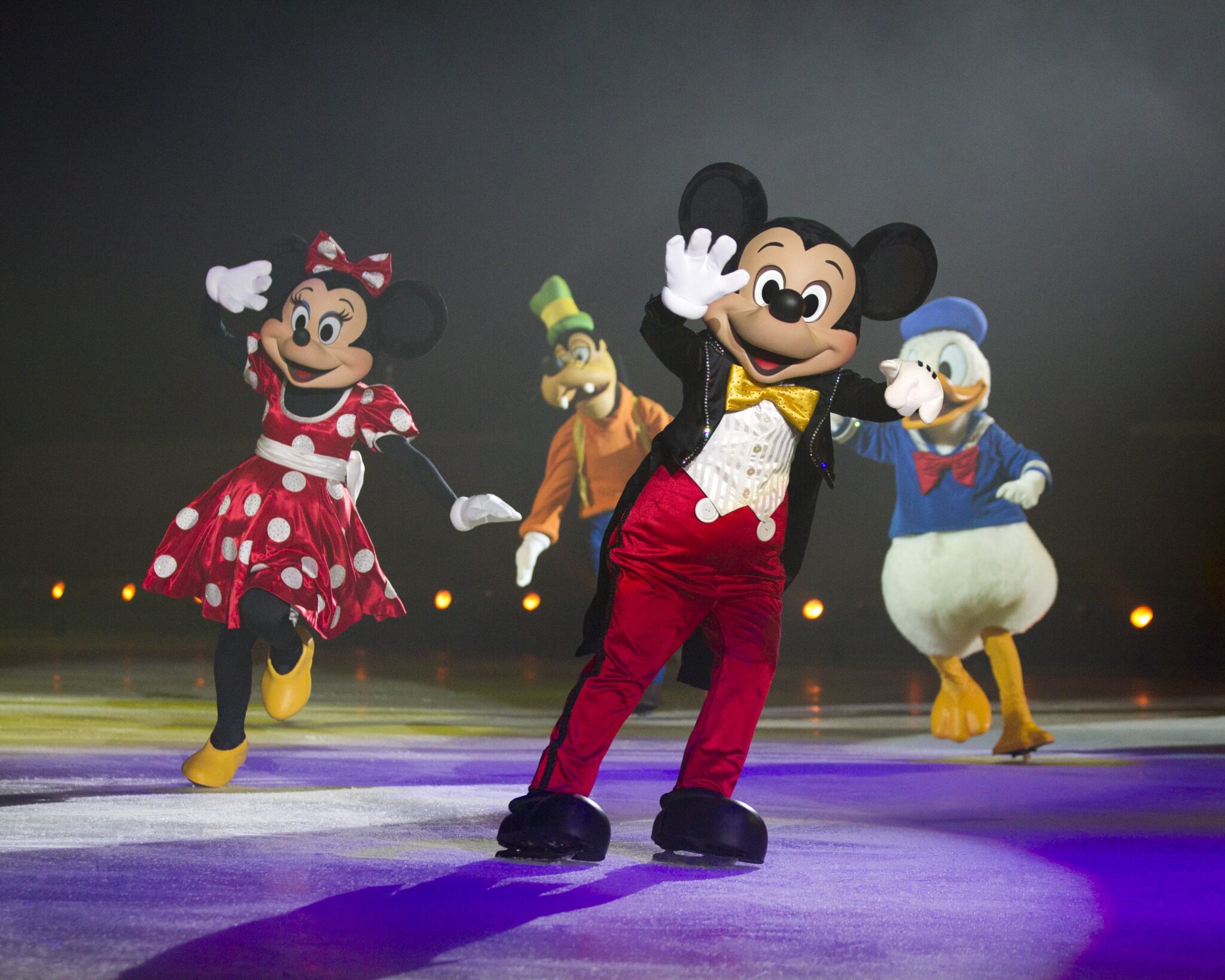 The first act is then The Lion King and it was one of my favourites, the stage scenery was so powerful with the sun above the rock, just like you see in the film. It is fast paced and emotive and I really enjoyed it, the wildebeest were a particular highlight. I always find it amazing how they manage to choreograph such awesome scenes on ice. 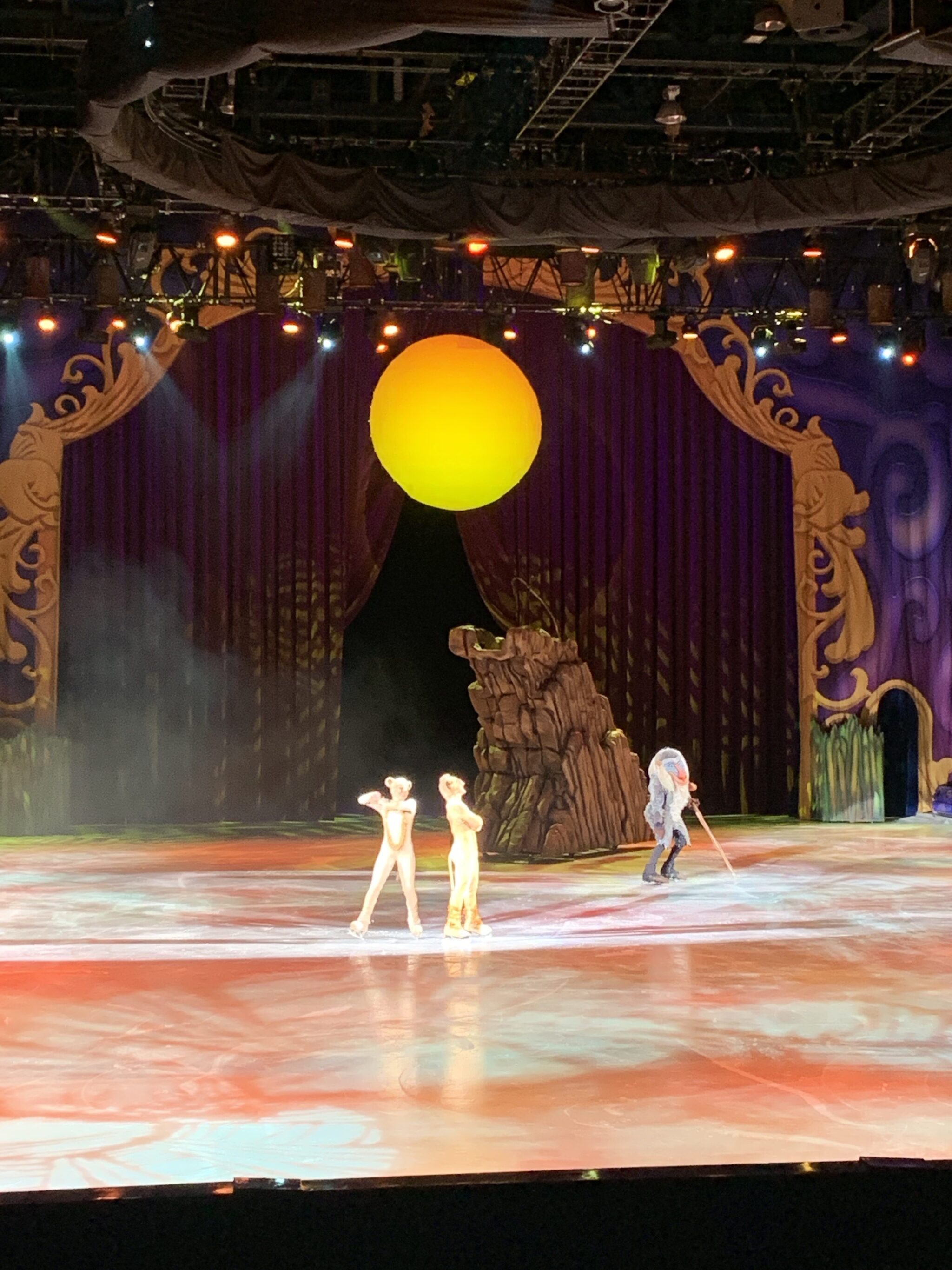 Next we had a small Snow White sketch with the seven dwarves. Snow White looked just like her character in the films so she would have been a real hit with Snow White fans!

Following on from that was Aladdin which was another favourite of mine. Genie is hilarious and there were some great pyrotechnics which really brought this show to life, causing gasps from the audience. Really impressively a huge elephant was part of this set - hats off to the skaters inside that costume! There was also a great routine between Aladdin and Jasmin which was beautiful to watch with some really impressive dancing on ice. 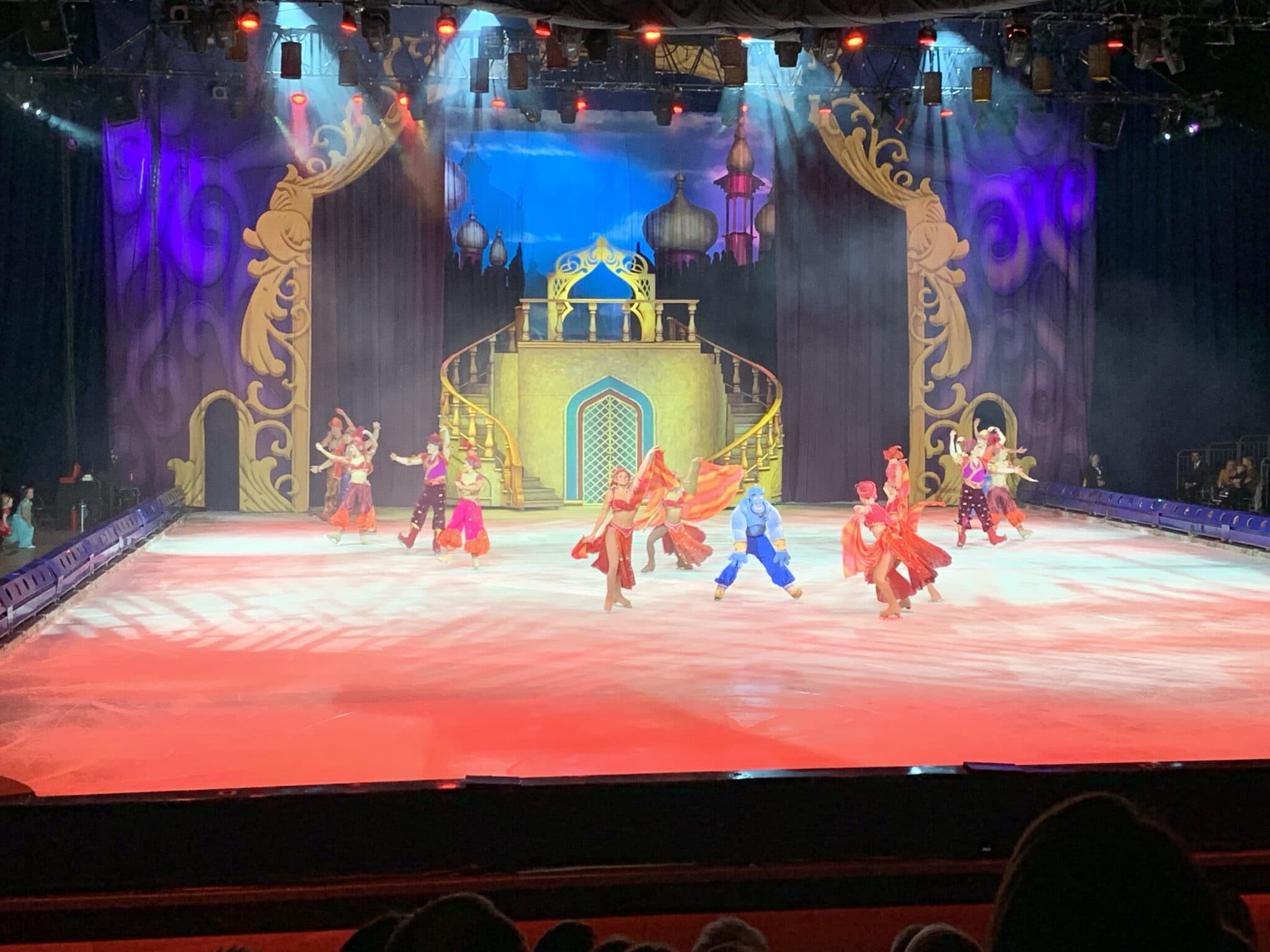 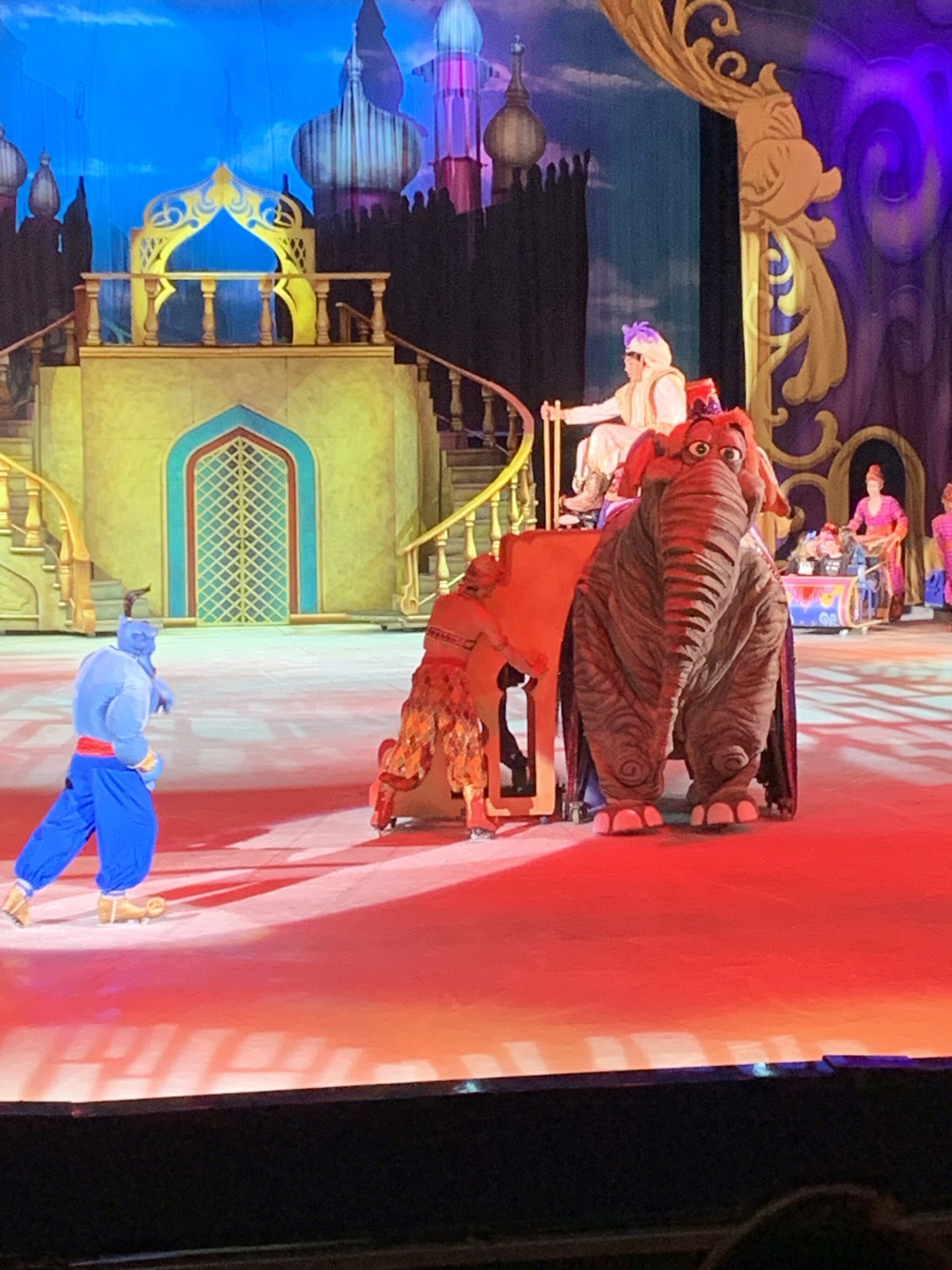 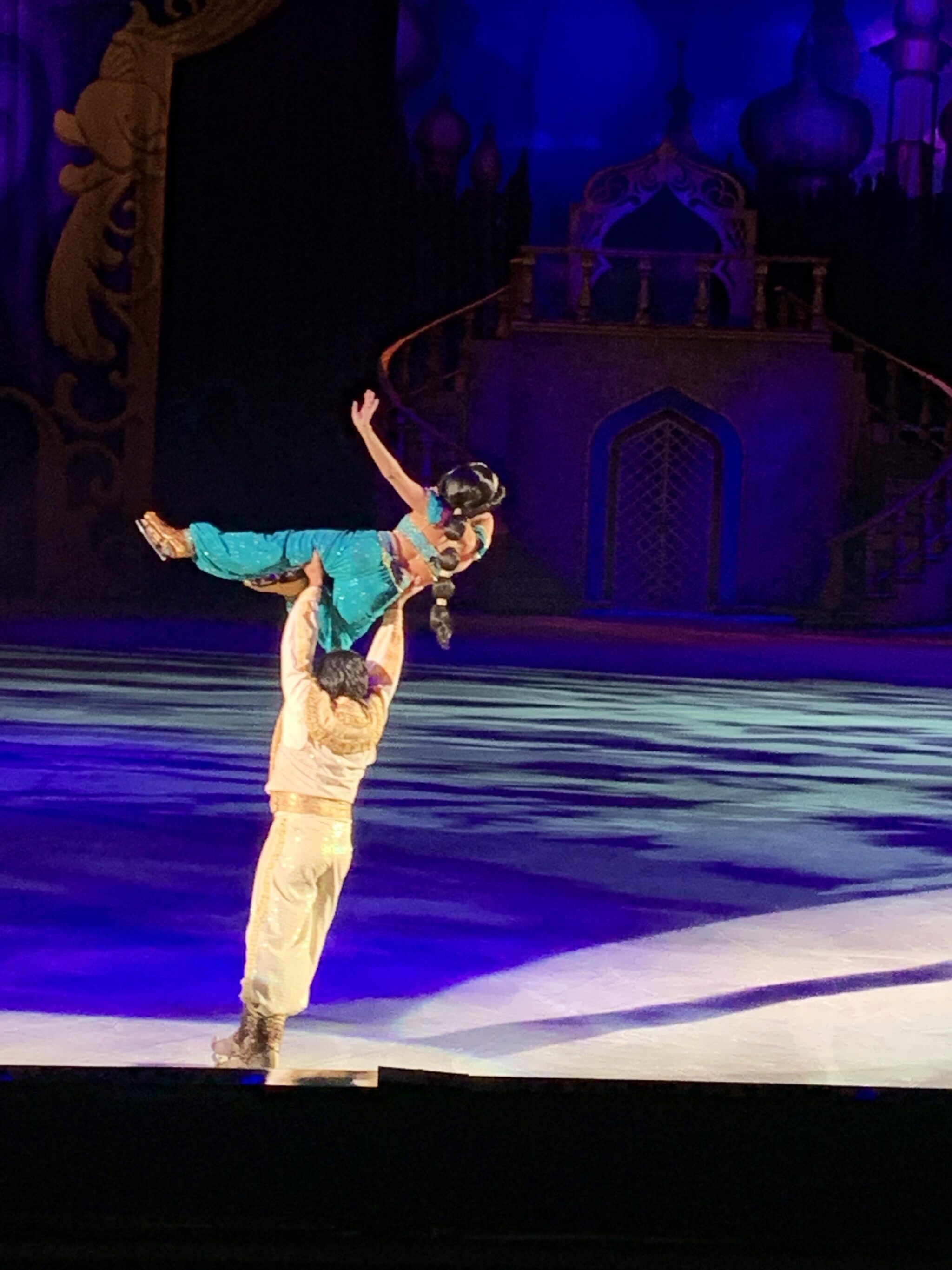 After the interval we had Toy Story, Finding Dory and Frozen was the finale which again used fireworks and also bubbles which really brought it to life. 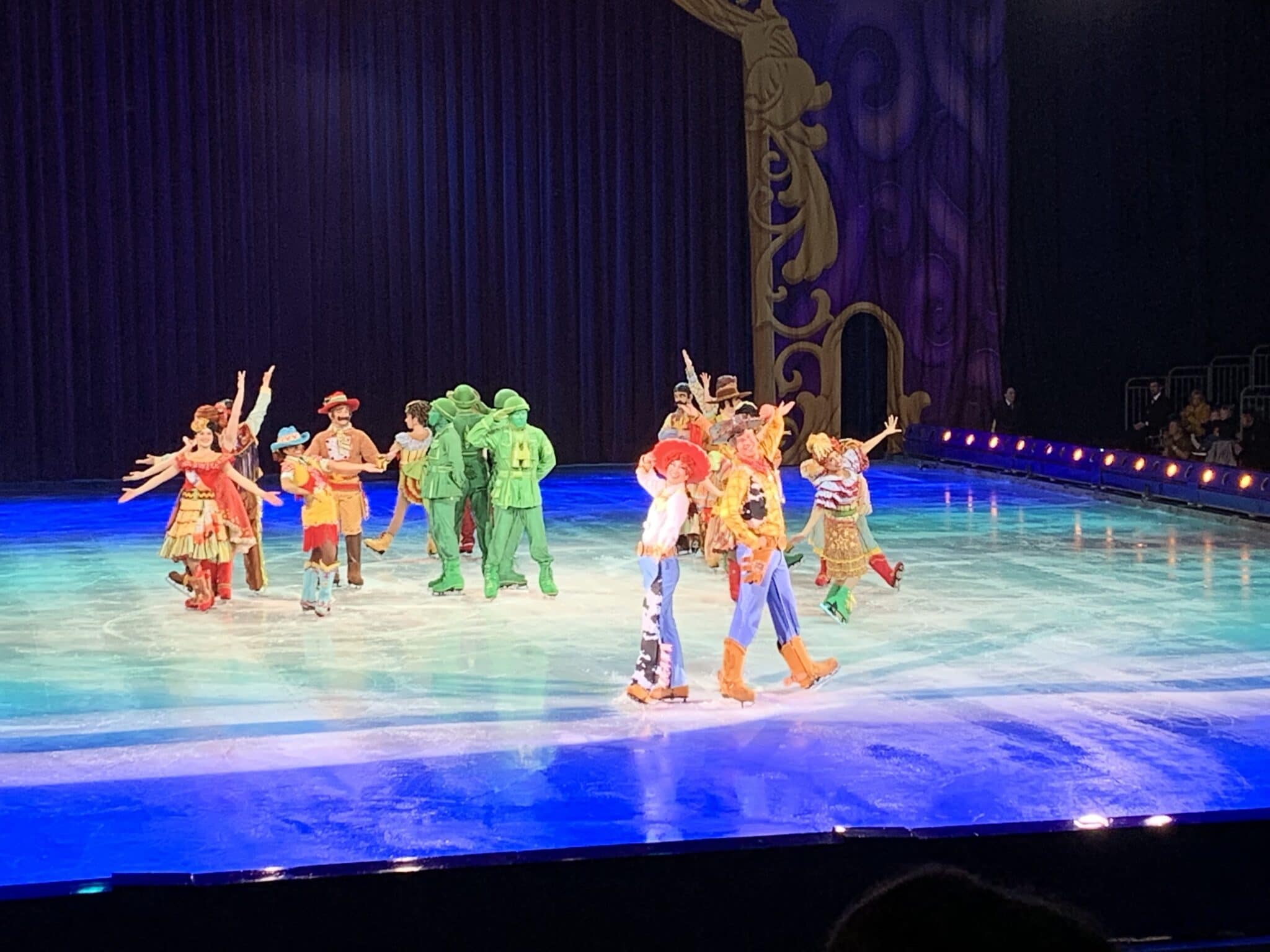 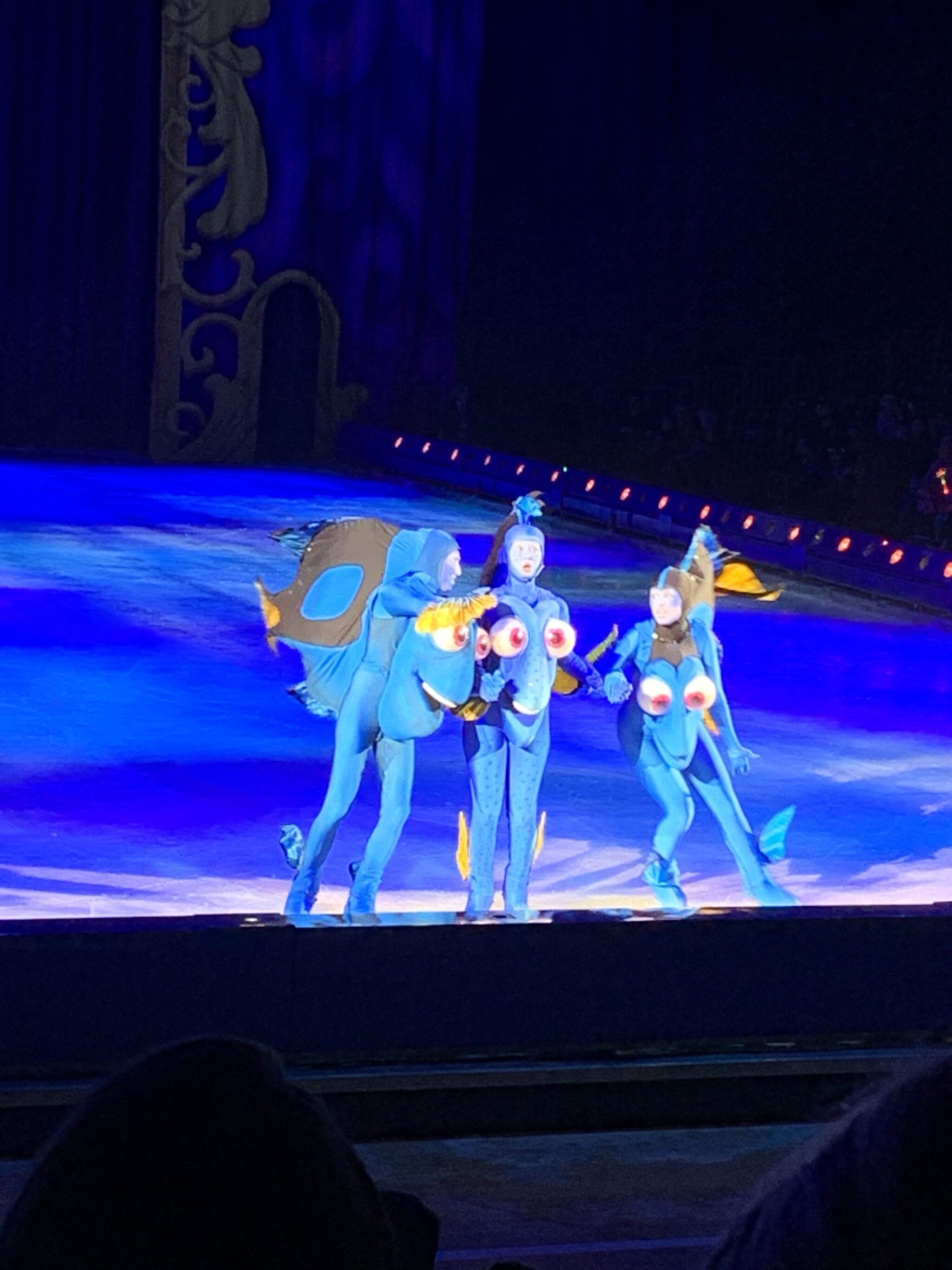 I honestly don't think that there are really words enough to describe the magic of this show, it is a real highlight for us and it never fails to disappoint. I've not met or heard from anyone who didn't love it too. This year my only criticism would be that some of the stories seemed rather rushed through. I would rather they were a little longer and fewer of them as I much preferred the longer sets.

I'd thoroughly recommend getting tickets if you are able to. There are still shows coming up in Belfast and Dublin in May and the magic continues from September with their next show - 100 Years of Magic. You can browse the locations and book tickets online here.