We were given tickets to this show for the purpose of this review. All opinions are honest and our own.

Little Boy (4) is really into Paw Patrol and he was really looking forward to watching the new live show after the fun of watching Paw Patrol Live last year. He saw the poster outside Cardiff's Motorpoint arena showing the Great Pirate Adventure as we were heading in and he was so excited he was jumping up and down!

The show starts with Rider who comes on stage to introduce the pups - everyone jumped and cheered when their favourite pup was introduced! Little Boy was particularly pleased to see Tracker the new pup as he hadn't been in the last show (I'm amazed he remembered something like that!). 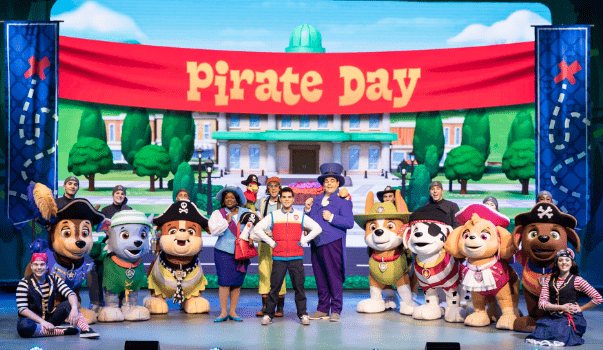 The show follows the pups as they go on an adventure to find the hidden treasure. There are catchy songs that got everyone dancing and our favourite Mayor Goodway and Chickaletta made an appearance too as did villain Mayor Humdinger. 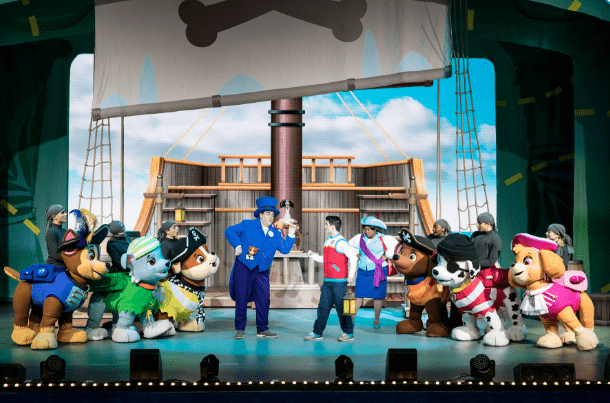 The show is very interactive, the audience is encouraged to sing and dance along with the actions and the pirates came around to give everyone a high five too! Also when the Pirate Parrot appears everyone was encouraged to wave their flags they received on the way in.

The show is great for little ones of pre-school age - the looks on their faces as they see their TV heroes live on stage is priceless. My elder two girls enjoyed it really too!

After all their adventures, including a great under the sea scene the treasure is found and everyone is happy! 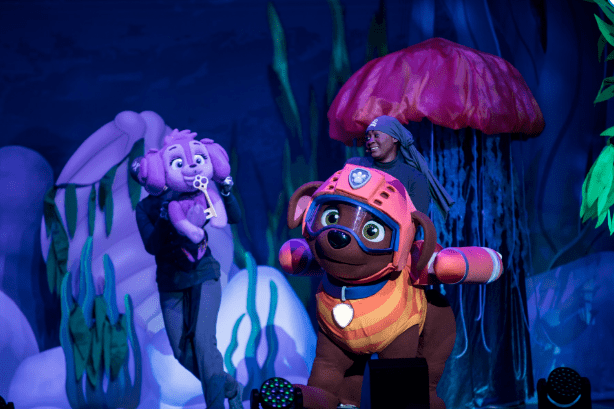 We really enjoyed the show and it's perfect as a treat for your little Paw Patrol fans. I really liked the pirate element to the story and how lively and interactive it was.

Paw Patrol Live The Great Pirate Adventure continues it's tour to London, Bournemouth and beyond. You can buy tickets here. 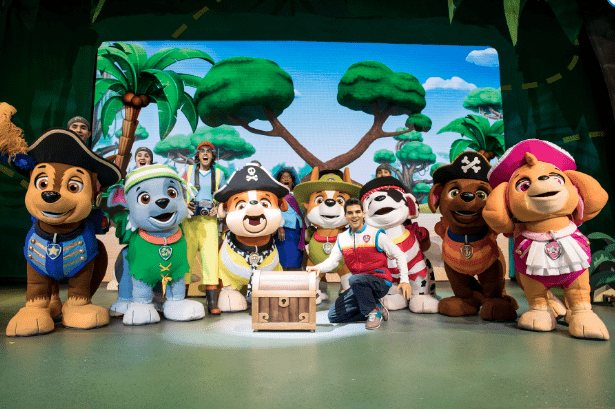