We all have bad days right? Well yesterday was one of those days for me. It was one of those days when everything went wrong right from the beginning. I posted about it on Instagram and Facebook this morning and so many of you popped up to say hi, it's ok, tomorrow will be better and I'd just like to say thanks for all the support! I wanted to share my bad day with you all because I'm fully aware that many of you will read this blog and look at my Instagram pictures and think 'wow what an amazing life she has'. And it's true, I do have an amazing life, and of course my bad day is nothing compared to some but I'm just an average mum and some days I struggle and everything gets me down. You know what? That's ok! It feels really good to share bits of my not so perfect life with you all, and it feels even better when people stand up and say ME TOO! It's so nice to know that we're not alone! 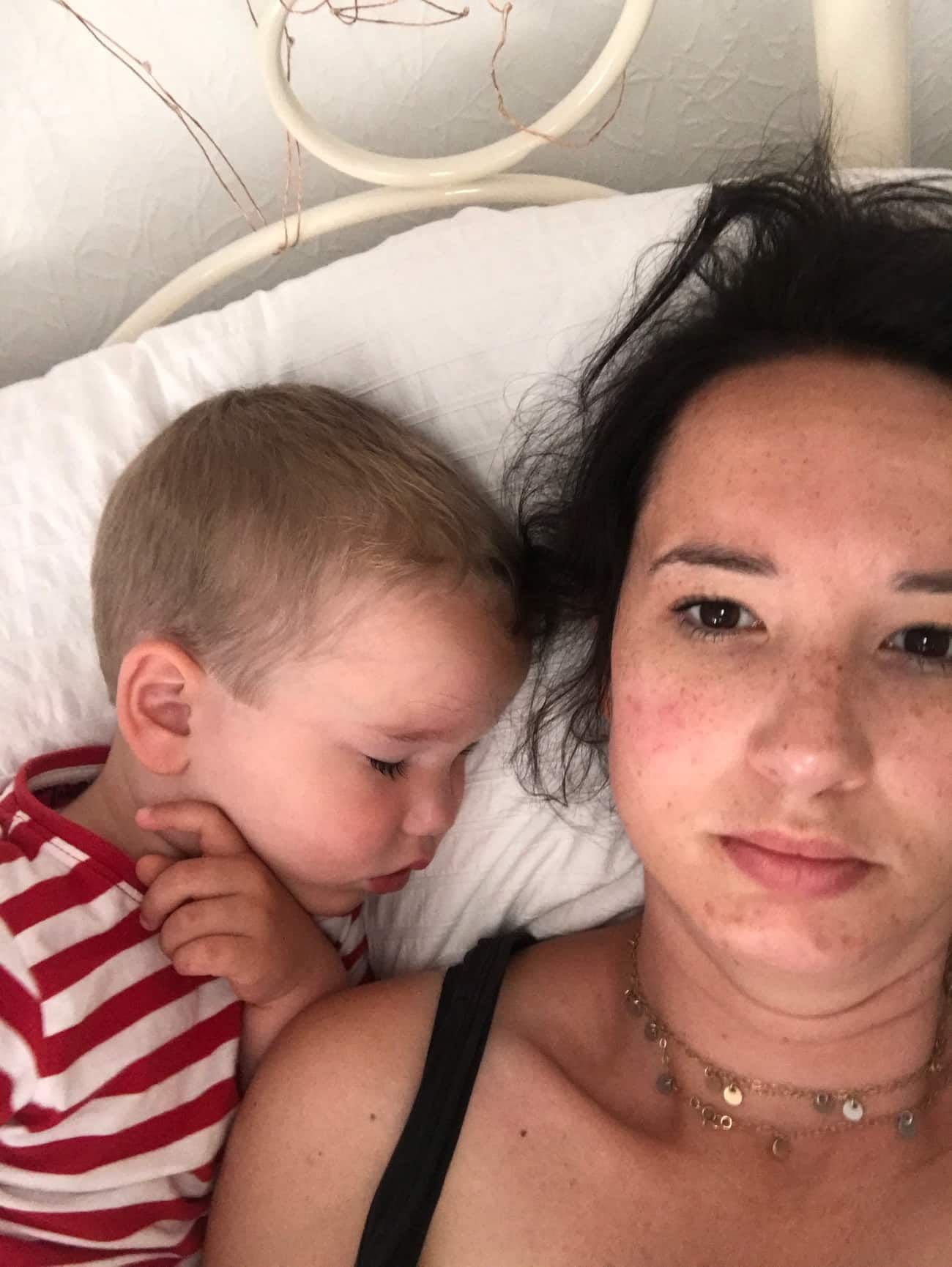 So, in case you missed it, I'll share my bad day with you...

The beginning of my trouble started the night before when I had 4 hours of ironing to do which kept me up until 1am (I know, I should have done some in the week but I was too busy with work). Then I had a small child in my bed all night...which made for a hot uncomfortable sleep! Little Boy woke up at 5.30 and I spent an hour trying to snooze while he watched YouTube videos on my phone. Then I had to get all three kids ready and out of the door by 8am on my own. This isn't anything out of the ordinary but today we had a hospital appointment to get to and I had to suncream the children and find their summer hats which are things that are outside the normal routine so made me late and stressed!

So, in an already stressed state I dropped the girls to school. As I had Little Boy with me I tried to park right by the gates so the girls could just jump out. No luck though as there were no spaces so I had to park further away and get them all out of the car. Little Boy is a bit of a wild one and ran off into school, promptly falling over the threshold onto his face. Not deterred he continued running until he reached the staff room where I had to swiftly grab him and march him out (oh the embarrassment!).

I was then cross and stressed and needed to get money out on the way to the hospital. I parked in Waitrose car park and promptly reversed the car into a bollard. Yes, we have parking sensors, what can I say, I was cross and stressed!

I then drove to the hospital thinking about how cross and stressed I was and how Little Boy never listened to me and drove on autopilot right past the hospital and to the shopping centre I quite often go to. Does anyone else do that? Drive on autopilot to somewhere you are used to going to? So then I had to turn around and drive back, a different way to that I would usually go which triggered my driving anxiety. Not fun!

Little Boy was very well behaved at the hospital but it wasn't good news as we found out that his hearing has deteriorated quite badly and that he is at the stage where he needs hearing aids. I then think back on earlier today where he doesn't listen to me to stop running and wonder if he is just naughty or he can't hear me? Guess what, I then feel like a bad mum for the rest of the afternoon.

I then had to pick my eldest up from school a little early to take her to have her tooth repaired that she broke over the weekend. My mum agreed to pick up Little Miss J and watch Little Boy while we went which was a god-send but she isn't the type of mother who loves babysitting and she doesn't drive so I had to drop her at school to wait around for half an hour and pick them up later too. I also got to listen to a lecture on all the things that they had done wrong when I picked them up. She never, ever just says, 'oh, we had a lovely hour in the park'.

The dentist trip wasn't straightforward either as he couldn't get the temporary filling from the weekend off without drilling and injections which we didn't want to put Bean through so he just smoothed it over so now it is noticeably the wrong colour as the temporary filling is bright white. She was a trooper though bless her.

We are obviously sweltering in the 30 degree heat and drive off to pick up the little two from my mother and make a trip to Boots to get the olive oil spray recommended by the hearing specialist at the hospital.

We get in and it's obvious that Little Boy is in a foul mood. He didn't nap in the afternoon and is sooo grumpy so he just screams and cries while I try to make dinner. I make quesadillas with quorn mince, cheese and refried beans and sweet potato wedges on the side. While it's cooking I bath the kids so they cool down a bit. Little Boy is still screaming with tiredness when dinner is served and of course none of them will eat it because it's too healthy even though it tastes delicious.

I'll admit at this point I'd had enough, I was hot, tired and exhausted and I asked my husband to put the kids to bed while I sat down for half an hour. I promptly fell asleep at 7pm! I woke up at midnight and headed to bed (guess what, a small child was already in there too!). Woke up feeling much more refreshed but of course none of the usual lunches, tidying, washing had been done and while my husband is great with the kids he doesn't seem to notice things that need doing in the house. So this morning I had all those added jobs to do!

I love being a mother, and I know how lucky I am but sometimes it is all consuming and completely exhausting. It's not just the children, it's the driving them around, the doctor and hospital appointments, the food shopping, the washing and the cleaning. And don't forget to add work on top! Some days I feel like I'm struggling to keep my head above water!

So hats off to all of you who are in the same position as me. It's hard work and we all struggle some days and we should acknowledge that. I hope that reading this makes you feel a little less alone. 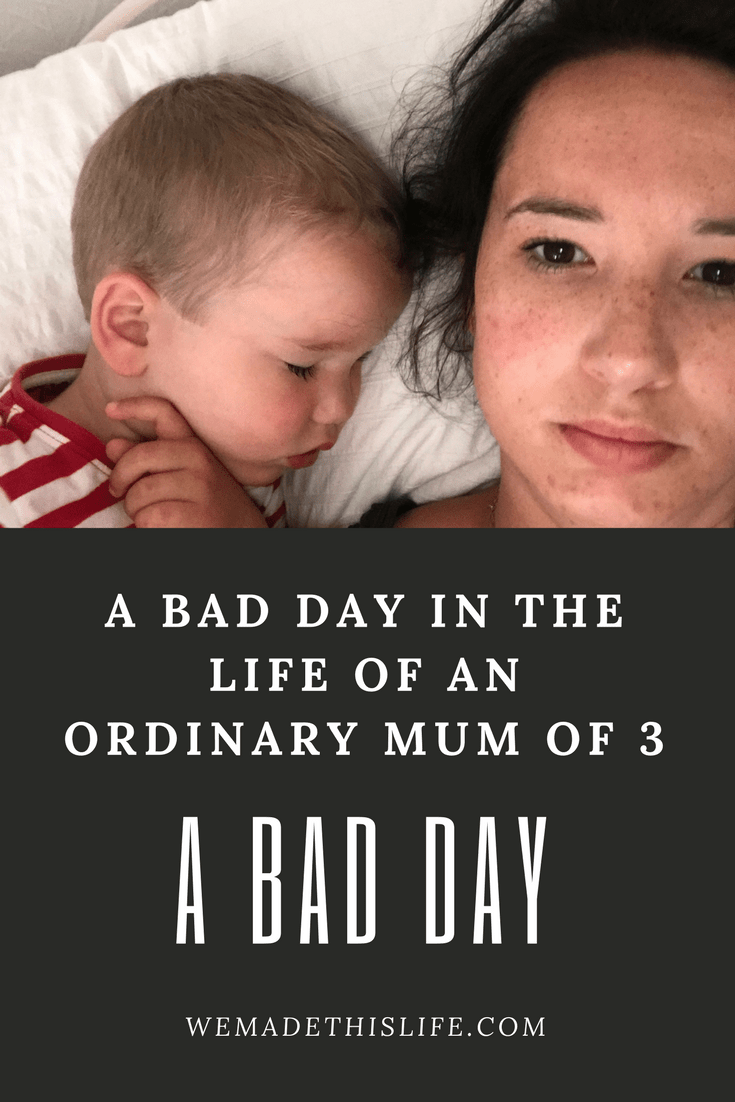