We were gifted tickets to the show for the purpose of this review. All opinions are honest and our own.

Little Boy absolutely loves dinosaurs, they are one of his absolutely favourite things - he carries one everywhere he goes and plays with them all the time. When I heard about the show Dinosaur World Live I knew he would love it.

We travelled over to Bristol Hippodrome and settled down to watch the show. We didn't really know what to expect as we hadn't read much about the show before hand. The show started with Miranda appearing on stage and she introduces us to the dinosaurs who live on her island. 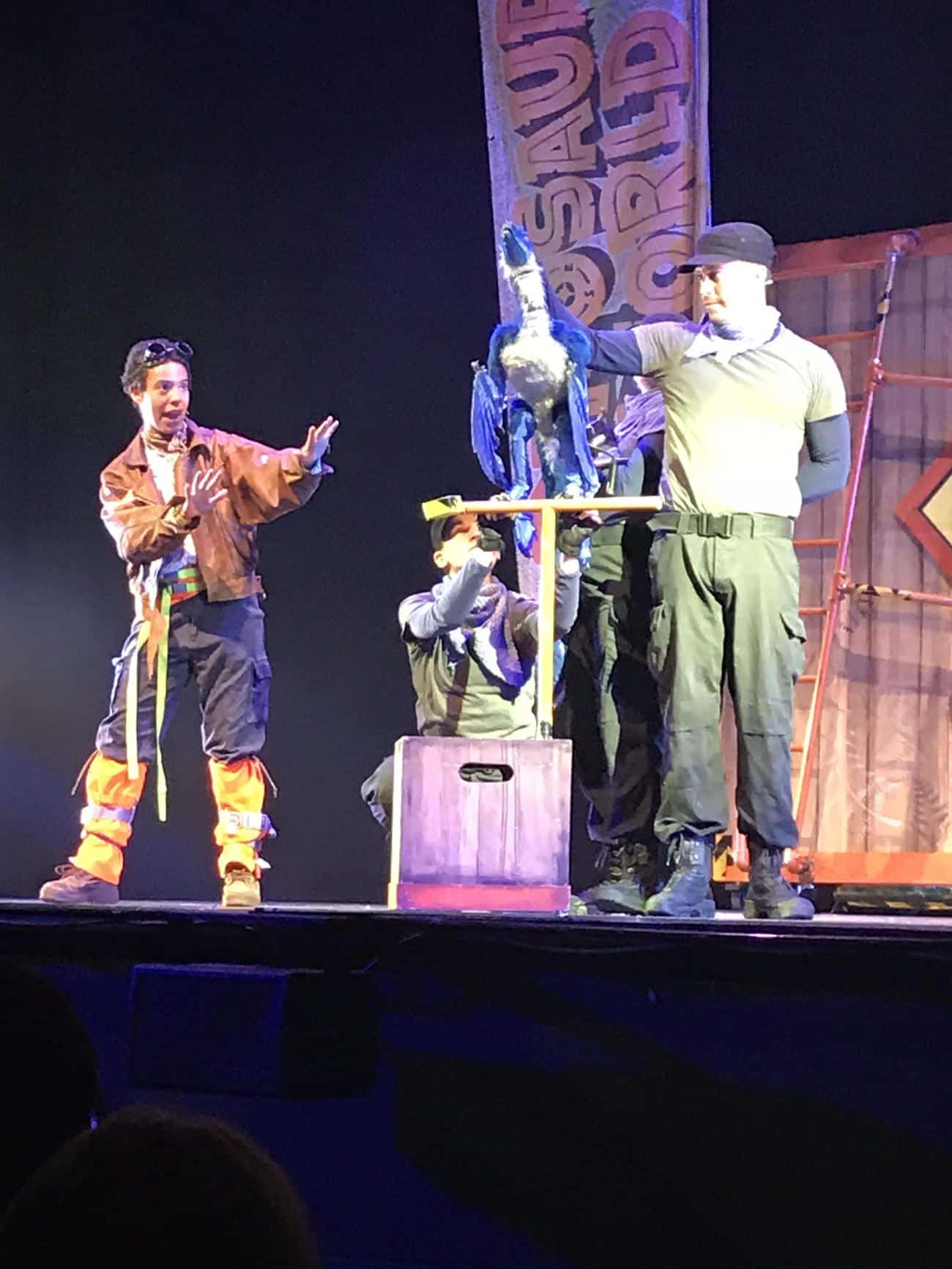 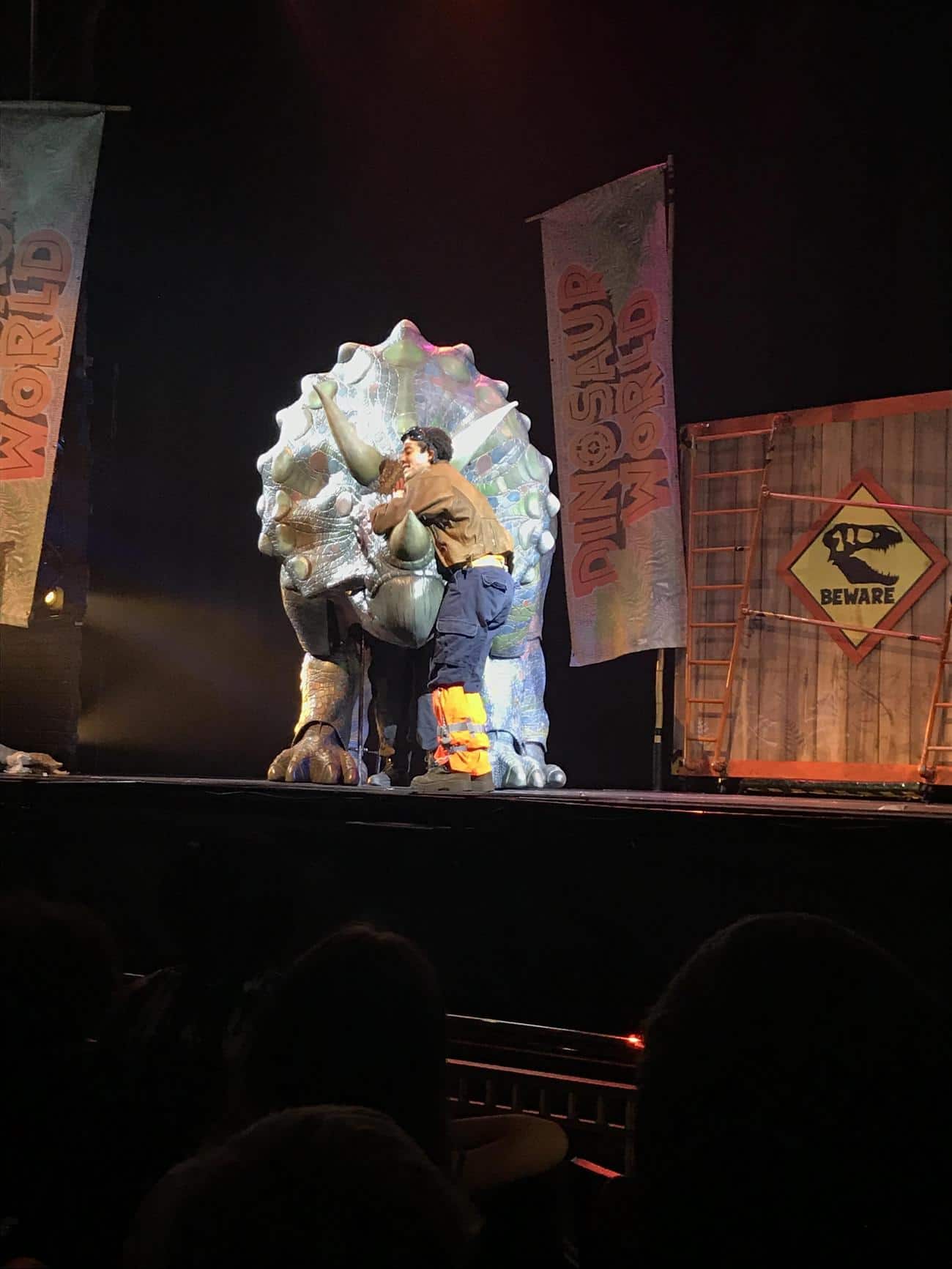 There were so many different dinosaurs, from the huge T-Rex to a tiny baby Triceratops. Throughout introducing the dinosaurs Miranda was so energetic and full of really interesting facts about the dinosaurs too which made it really educational as well as fun for my eldest two. 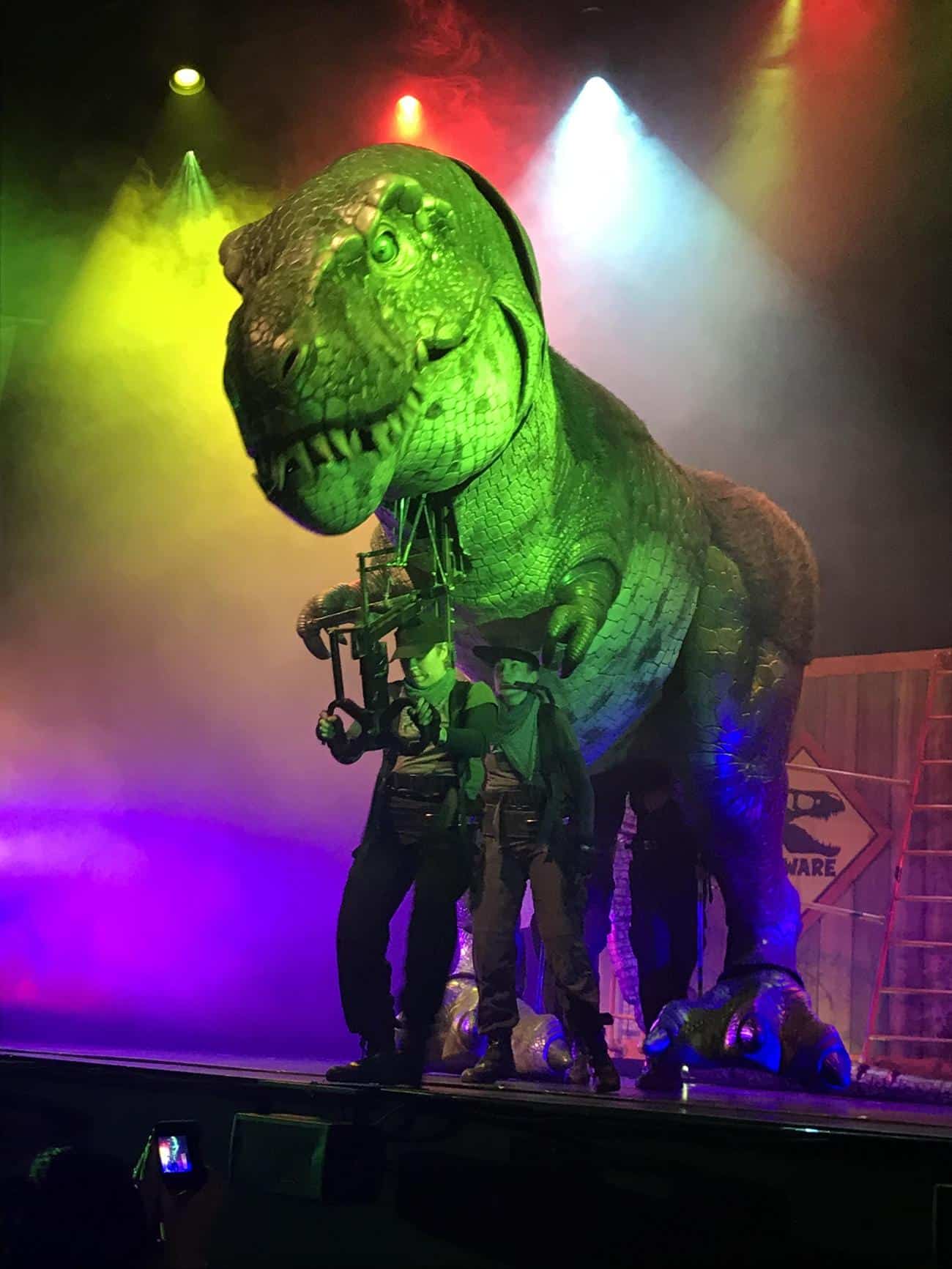 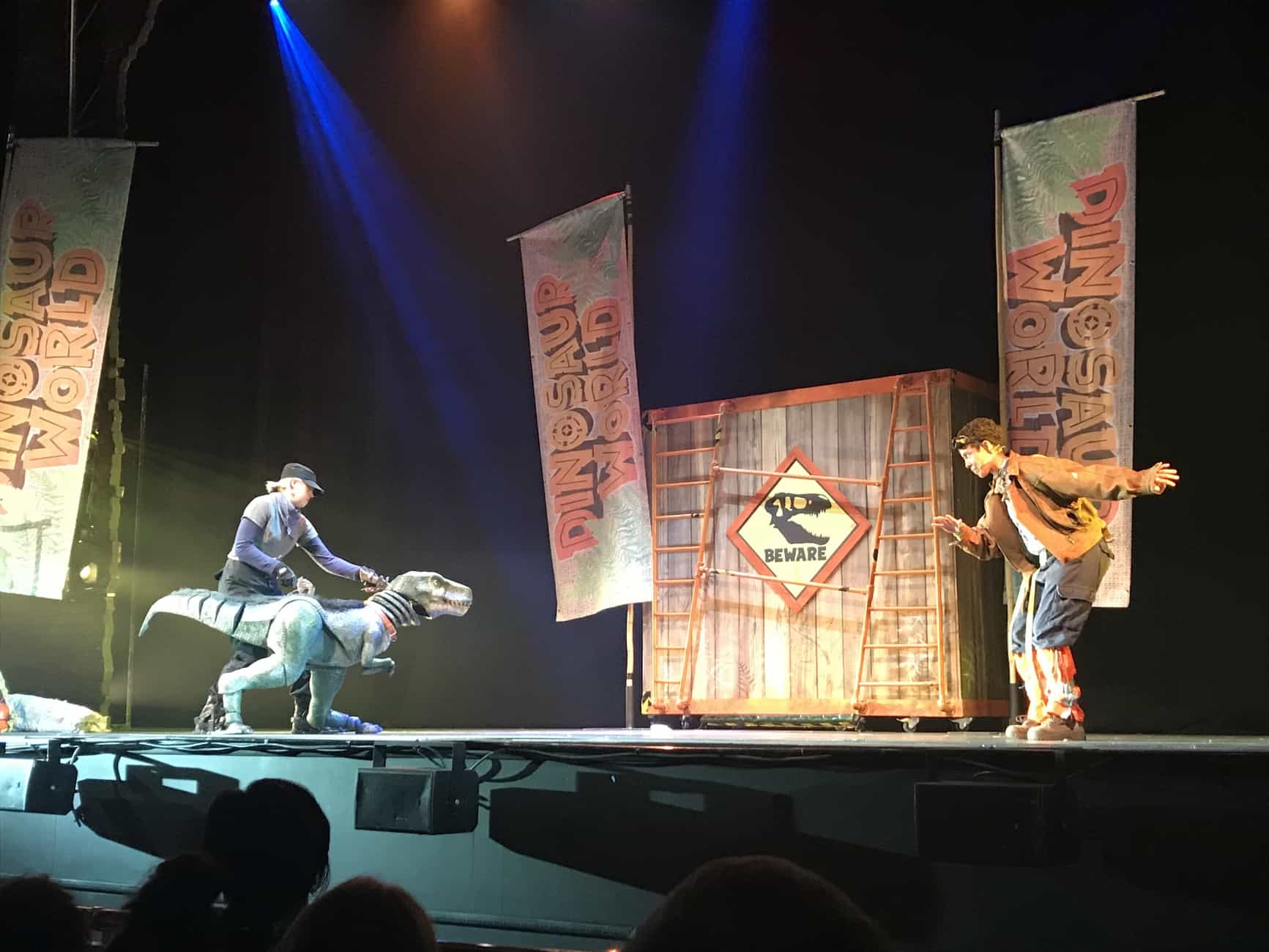 The show was completely interactive, you were encouraged to take photographs and children were invited onto the stage to take part in walking or brushing the dinosaurs. They did choose children from the front right hand of the stage as you look at it so be mindful of that if you are booking tickets and your children might like to go up.

One of the highlights for us was the tiniest baby dinosaur hatching out of their egg at the end of the show and it's giant mummy coming on stage too! It was really special! 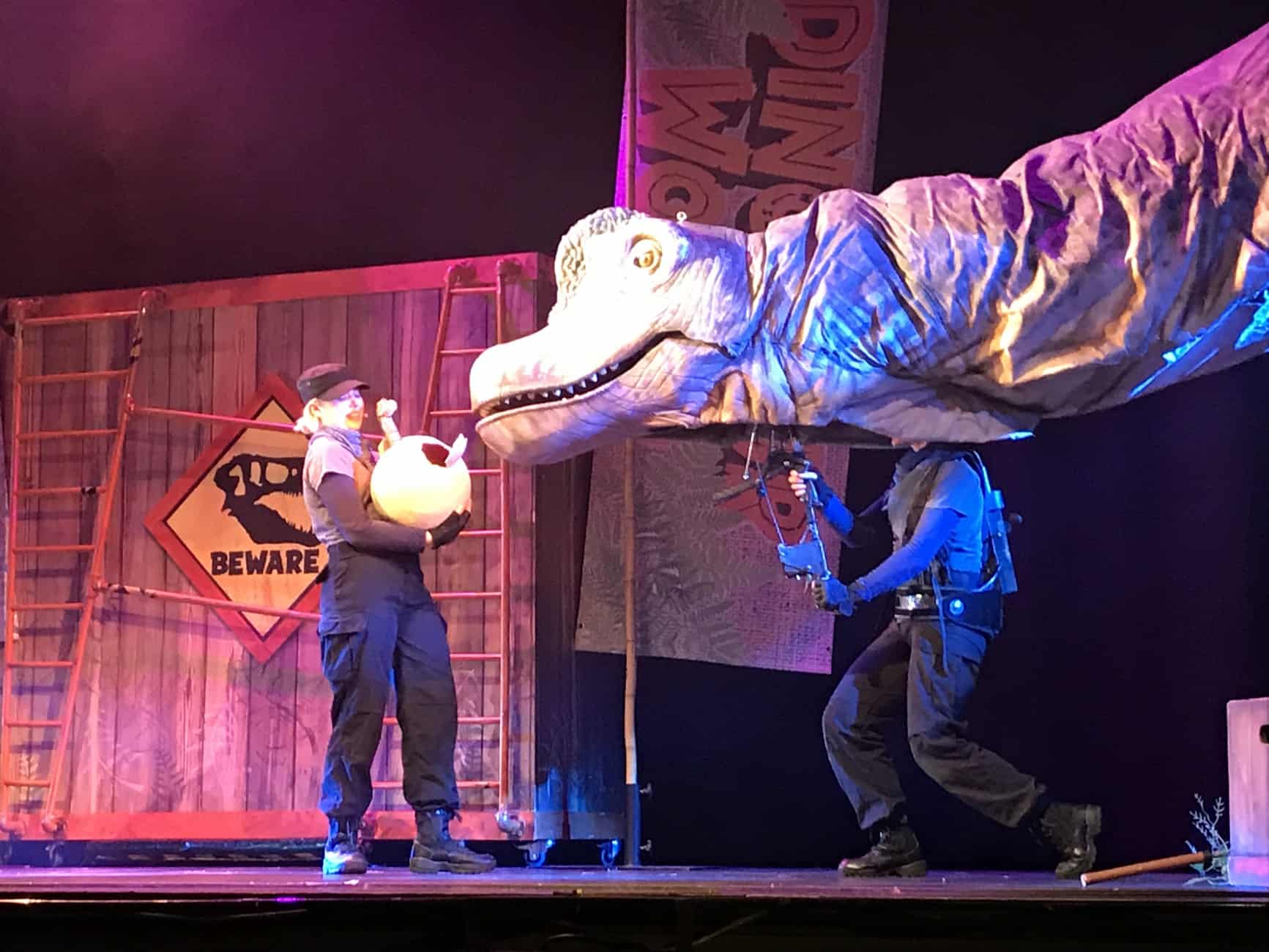 Afterwards two of the baby dinosaurs were outside the theatre for a meet and greet which was amazing. The children loved getting to stroke the baby Triceratops and T-Rex and to see them up close! 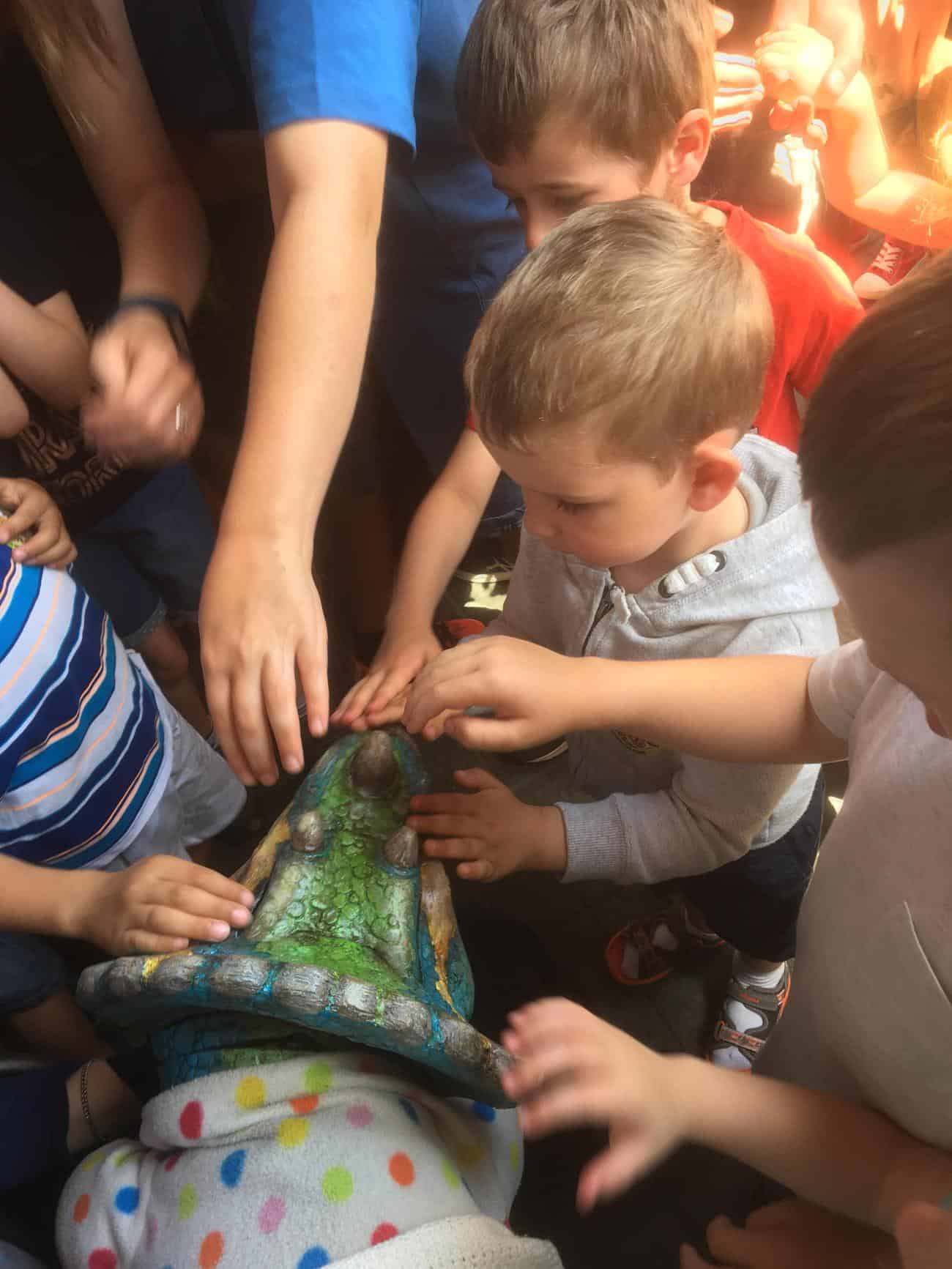 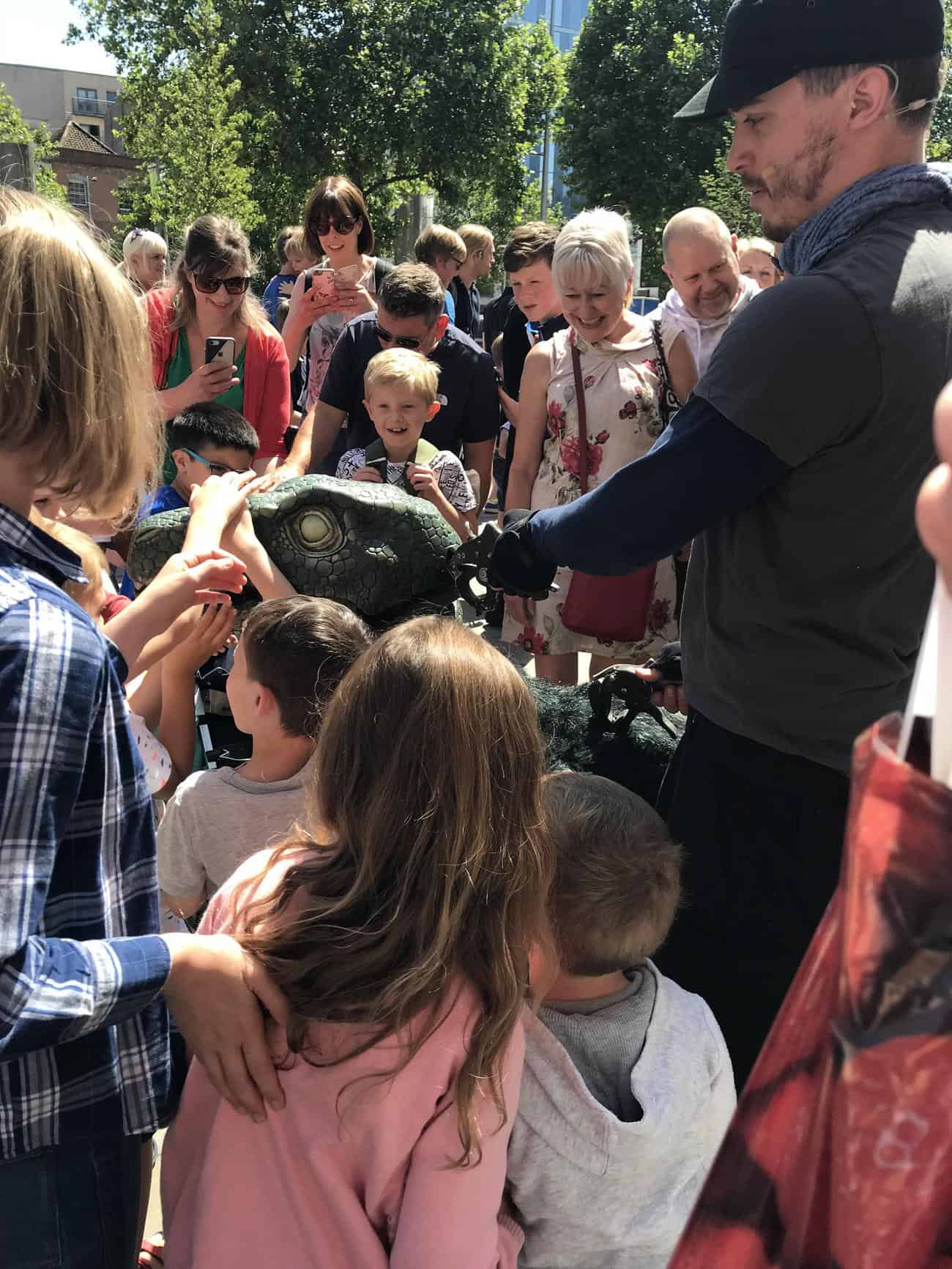 Dinosaur World Live carries on it's tour and is in Cheltenham next before Swansea, Milton Keynes, Guildford, Hull and London. For more information and to book tickets check out their website.