I love making seasonal crafts with the girls. This year because we have a bigger house we need more Halloween decorations and I thought the perfect craft would be to make paper mache pumpkins which can decorate the porch and be brought out year after year. The best thing is that this can be made with things you should have lying around the house.

What you will need...

Firstly rip your newspaper into small squares. Next make a papier mache paste out of the flour and the water. You can use PVA glue slightly watered down instead if you have it.

Blow up your balloon and tie the string around it tightly to form the ridges of a pumpkin shape.

Trim the toilet roll tube to size and tape on top to form the stalk.

Place the balloon on a bowl to keep it steady. Put on your disposable Marigolds - this is going to get messy!

Dip the pieces of paper into the flour paste and stick to the balloon. Keep doing this until the whole balloon has been covered in several layers.

Leave to dry in a warm place. Ours took 24 hours in front of a radiator to dry because it was a big balloon.

When it is dry make a small cut in the bottom of the pumpkin so that it will stand flat. You can then remove the balloon from inside by popping it and pulling it out.

Draw and cut out the pumpkin face of your choice.

Next, put on those Marigolds again and get painting!

You can light up your pumpkin at night with an electric tea light to make it look extra spooky! 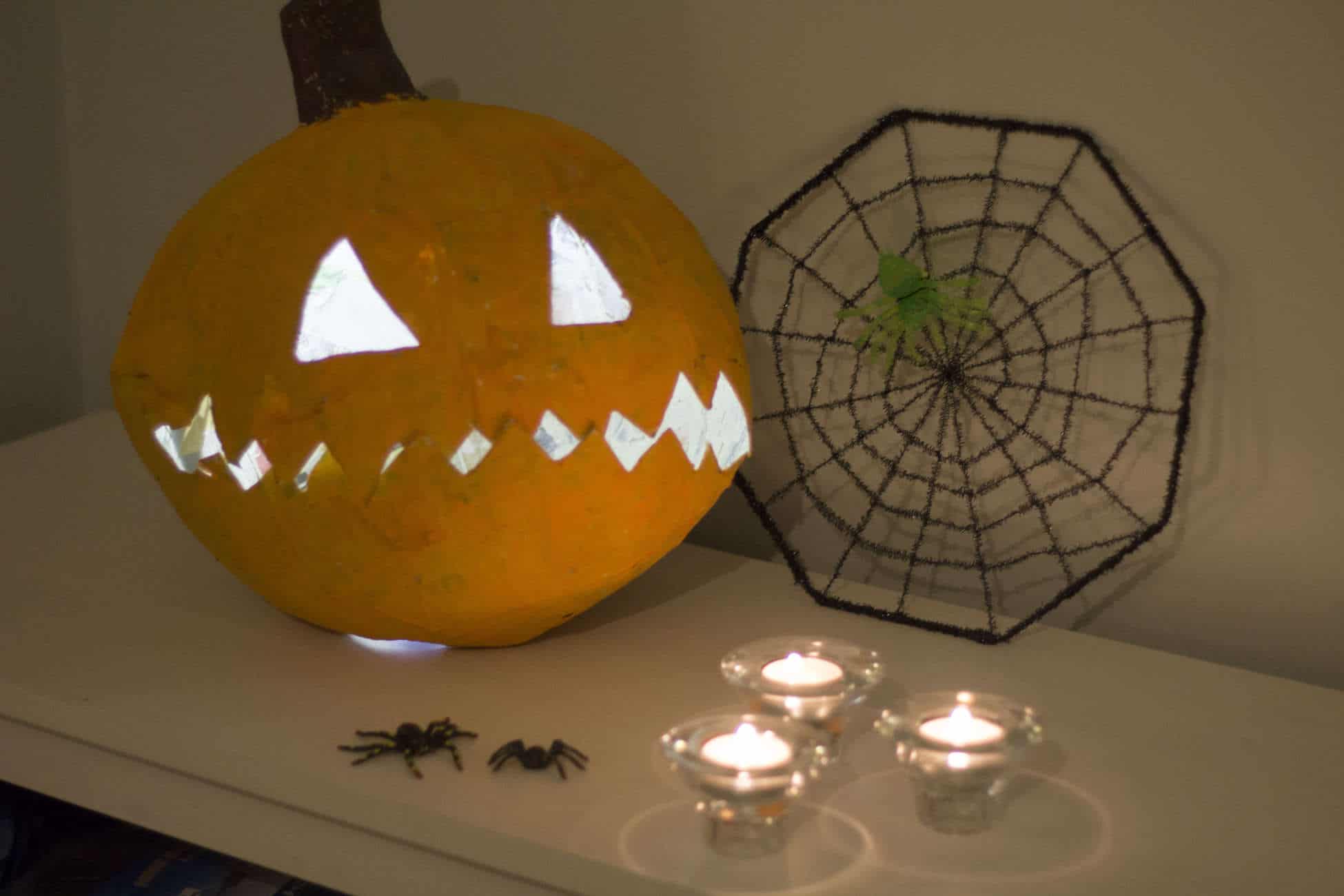 The girls absolutely loved making this and the gloves really saved us from getting messy at all - we could just throw them in the bin afterwards which really made cleaning up so much easier. They don't have any powder inside and were thin enough to be able to use without them feeling like they were getting in the way, but they are also strong and durable. I'd definitely recommend having a box of these handy as they are so useful for all sorts of things, not just paper mache! They are great value too at only £5.99 for a box of 60.

What do you think of our Halloween craft - will you try to make a paper mache pumpkin this month? 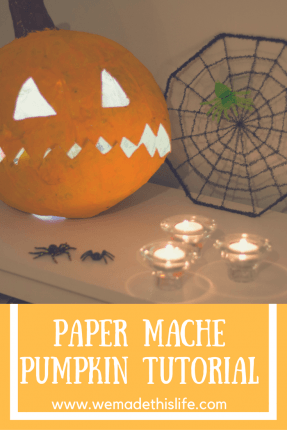