I am a big fan of shepherds pie but I confess to being absolutely rubbish at making mashed potato. I don't know why, I just can't ever get it right! When I found that you can buy frozen mashed potato in the supermarket it was a revelation! It's nothing like Smash or other fake mashed potato products, it really is just mashed potato, frozen and using it means that making this Quorn Shepherd's pie recipe is really a doddle.

I've also used frozen vegetables here for ease. Frozen vegetables are often just as nutritious as fresh and this saves on peeling and chopping, perfect if you are time poor like me.

Shepherd's pie is one of the most soul comforting foods. The combination of mash and gravy and veg brings back memories of Sunday dinners and it's warm and filling and cheap to make. Traditionally of course it is made with lamb but this vegetarian version uses Quorn and is just as delicious. Quorn is much lower in fat too which makes it healthier for you and the perfect choice for a meat free Monday option. 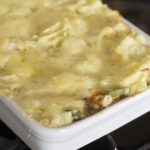 I like to serve this with broccoli on the side for some extra greens. I hope you enjoy making it. 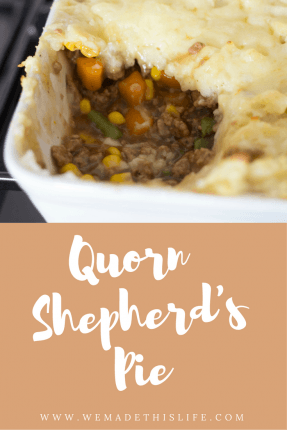 If you are vegan you can try this delicious recipe for vegan shepherds pie.