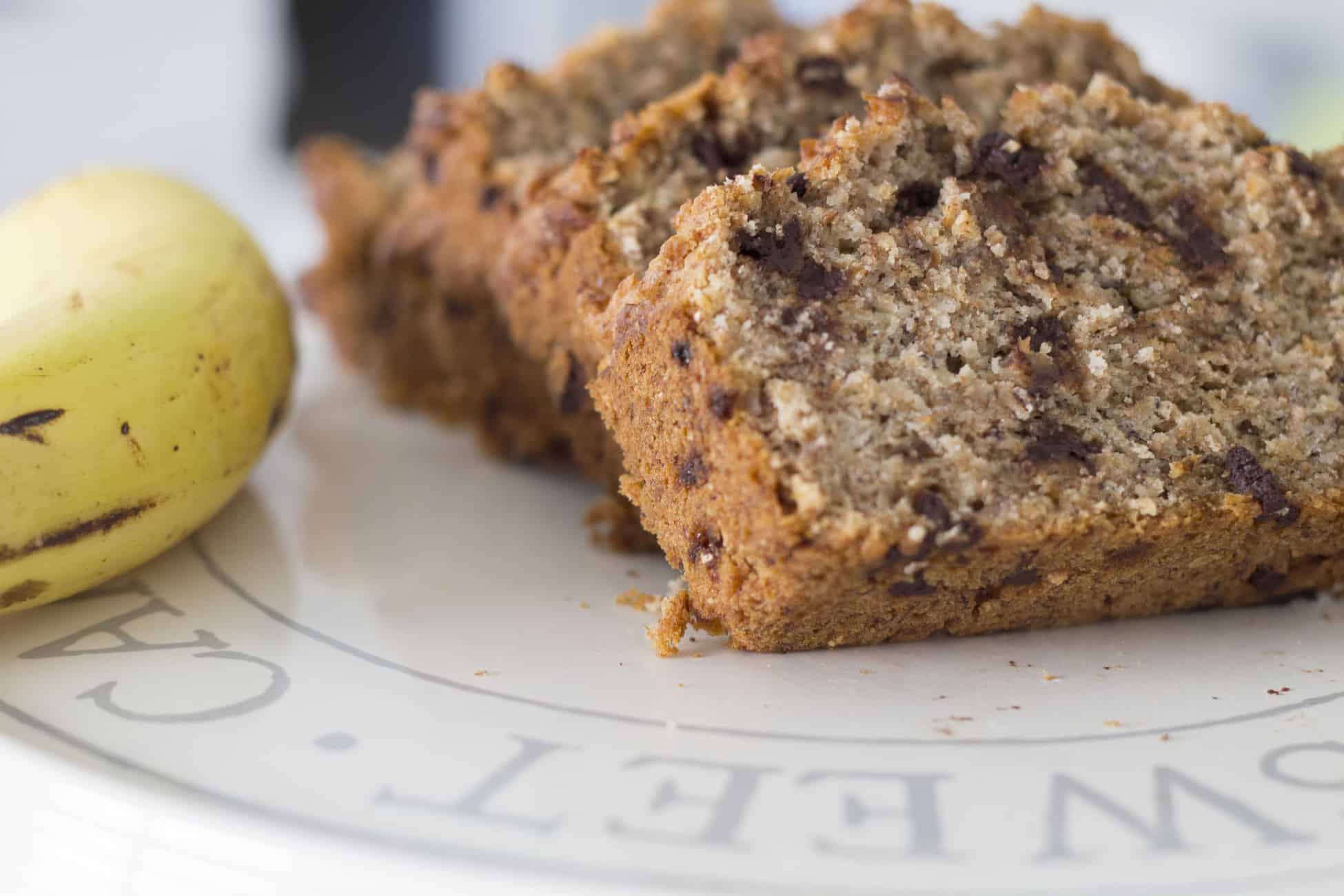 Every now and again we all have a couple of bananas that don't manage to get eaten don't we! This recipe for vegan chocolate chip banana bread uses up some of those over ripe bananas and turns them into a delicious and relatively healthy banana bread which is perfect for an afternoon snack and for your little one's lunchboxes too.

I hate food waste so usually if I have over ripe bananas left over I will mash them and add them to pancake mix, cut them and freeze them to add to smoothies or use them in a banana muffin or bread recipe. I've got a few recipes on here you can get inspiration from including banana and strawberry muffins, banana and chocolate chip muffins and even my vegan fruity flapjack recipe uses up bananas.

But for this recipe we are making banana bread, and even better, a wholewheat vegan version made with maple syrup rather than sugar. It's really quite easy to make and it is so delicious I'll definitely be making this again and again. 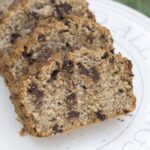 Let me know if you try this recipe and what you think! Please do share this post with your friends or Pin it for later too. 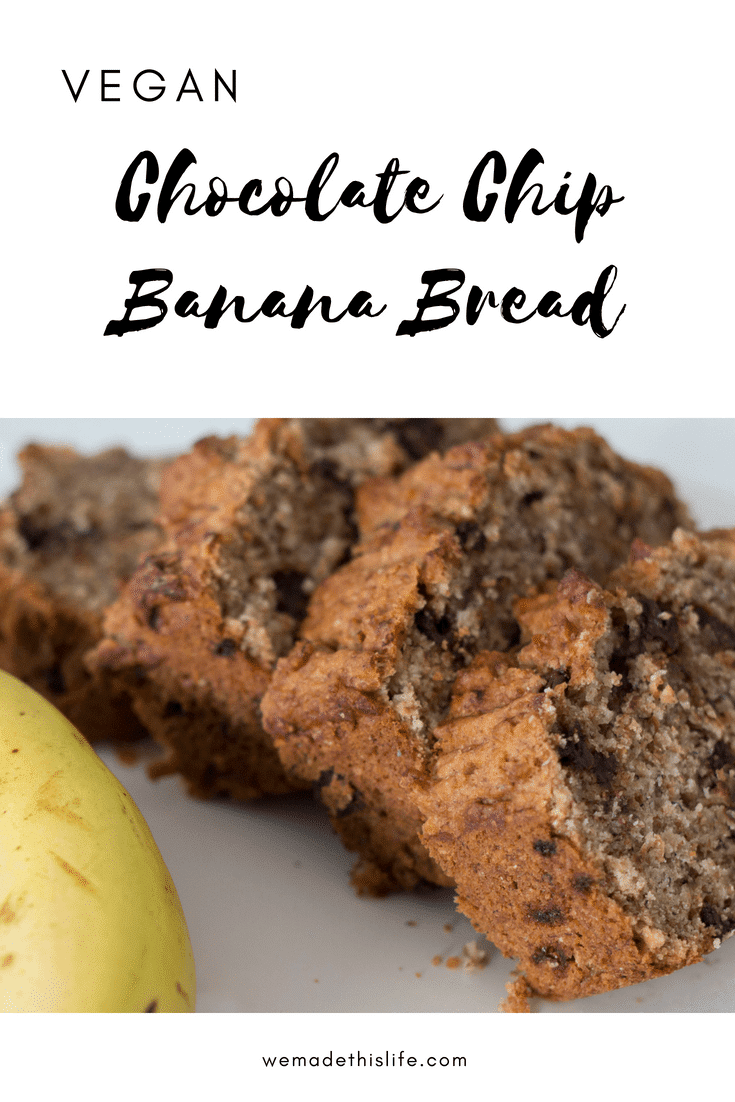