When I was looking through photos for this post I realised that I don't have as many photos of Bean as I used to, well not as many of her on her own. She's getting older and she wants to be photographed less, she's growing up. I have a troubled relationship with my own mother and I dread Bean growing up a little, I want us to be close, not like my mother and I are. I know that as she grows up there will be less photos, less hugs, less cuddles and it makes me sad. I know that our relationship will grow and develop and I'm going to do everything in my power to keep our relationship a wonderful one.

Last year was a wonderful one. We had the big change of moving house and Bean coped so well with the transition. She was delighted to have her own room and decorated it just as she wanted. She's decided over the last year that she doesn't like pink or anything girly so wears a lot of trousers and blue and generally looks scruffy which we argue about a little!

Although she still argues a lot with her sister, she's been brilliant with her little brother, she even changed his nappy and dressed him this morning (of her own accord!). She is great company and really helps me out sometimes.

We do have our arguments, about teeth brushing and hair brushing and about how much YouTube she watches - she still gets addicted to things and we have problems with her eating still but in the grand scheme of things she's a fabulous kid.

Next year marks her last year in primary school so I'm going to make the most of this last year before she becomes more independent and we have less time together. So here's the fun we got up to during her tenth year... 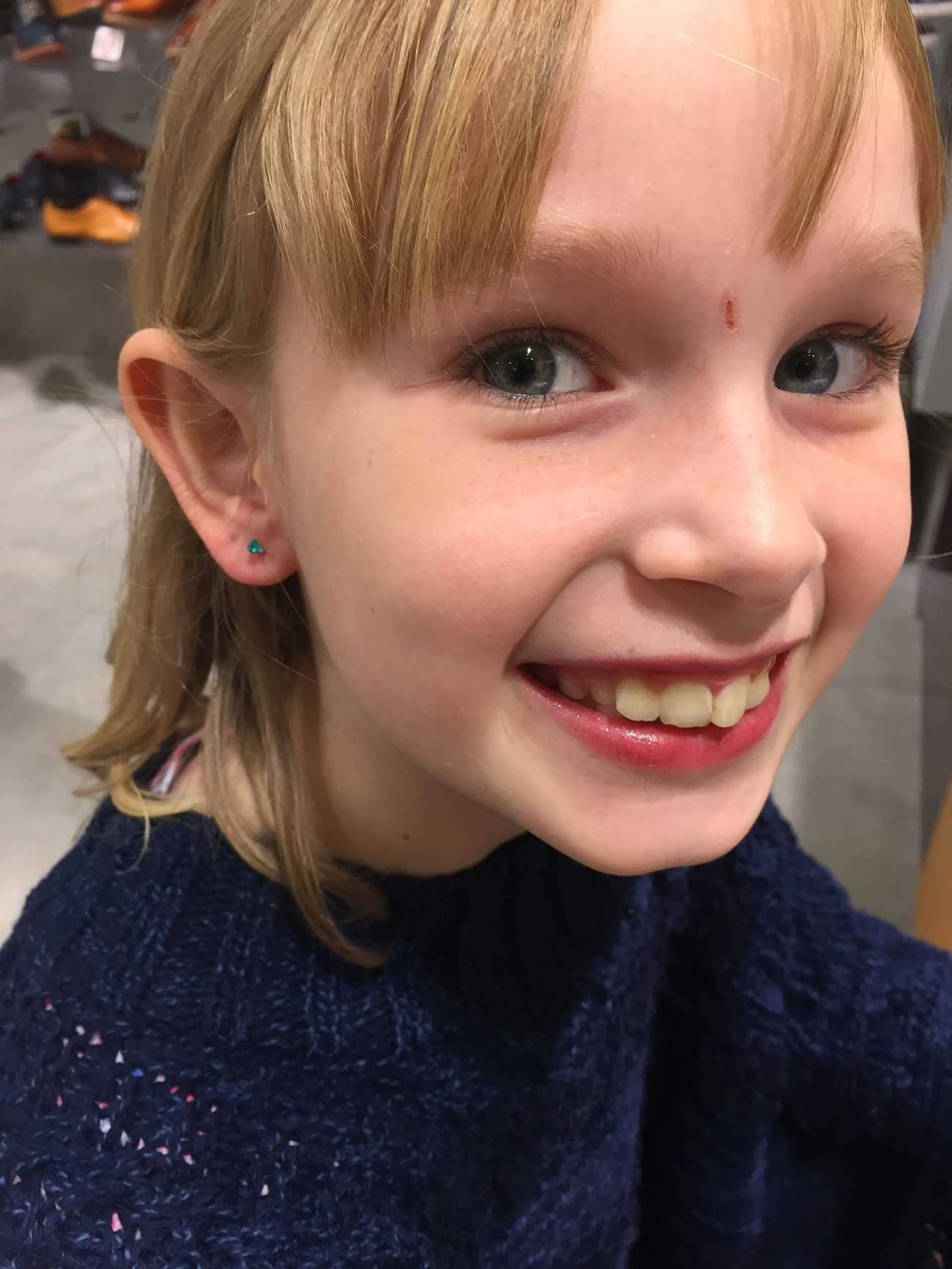 She started her tenth year by getting her ears pierced! She was desperate to do it and I nearly cried when she had it done but she was really good and so pleased I'd let her! She was really good with keeping them clean and now loves buying new earrings! 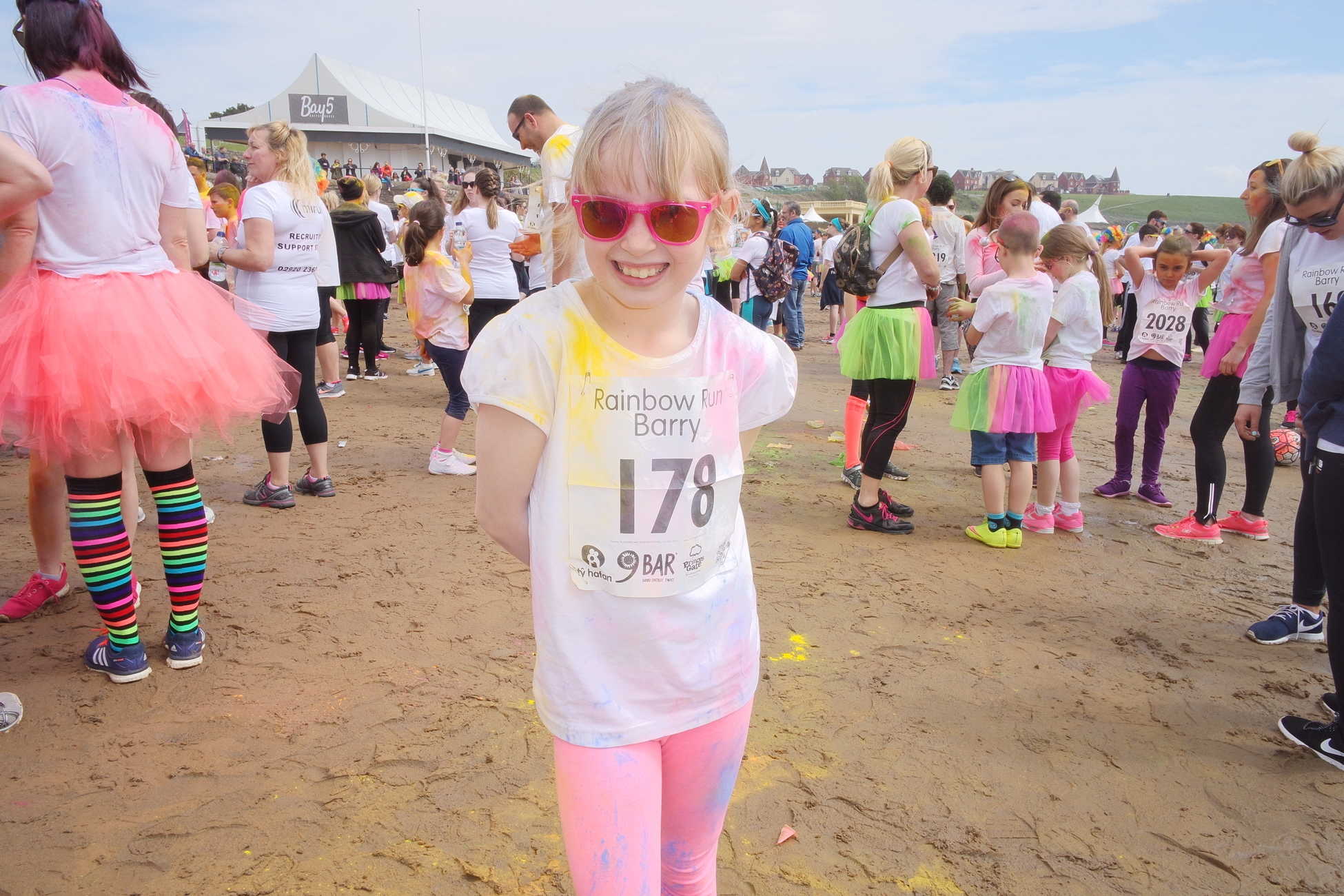 In May we ran the Rainbow Run in aid of Ty Hafan. She was so excited to take part and we ran together the whole way. She struggled really badly for the second half but she did it and I was so proud of her. 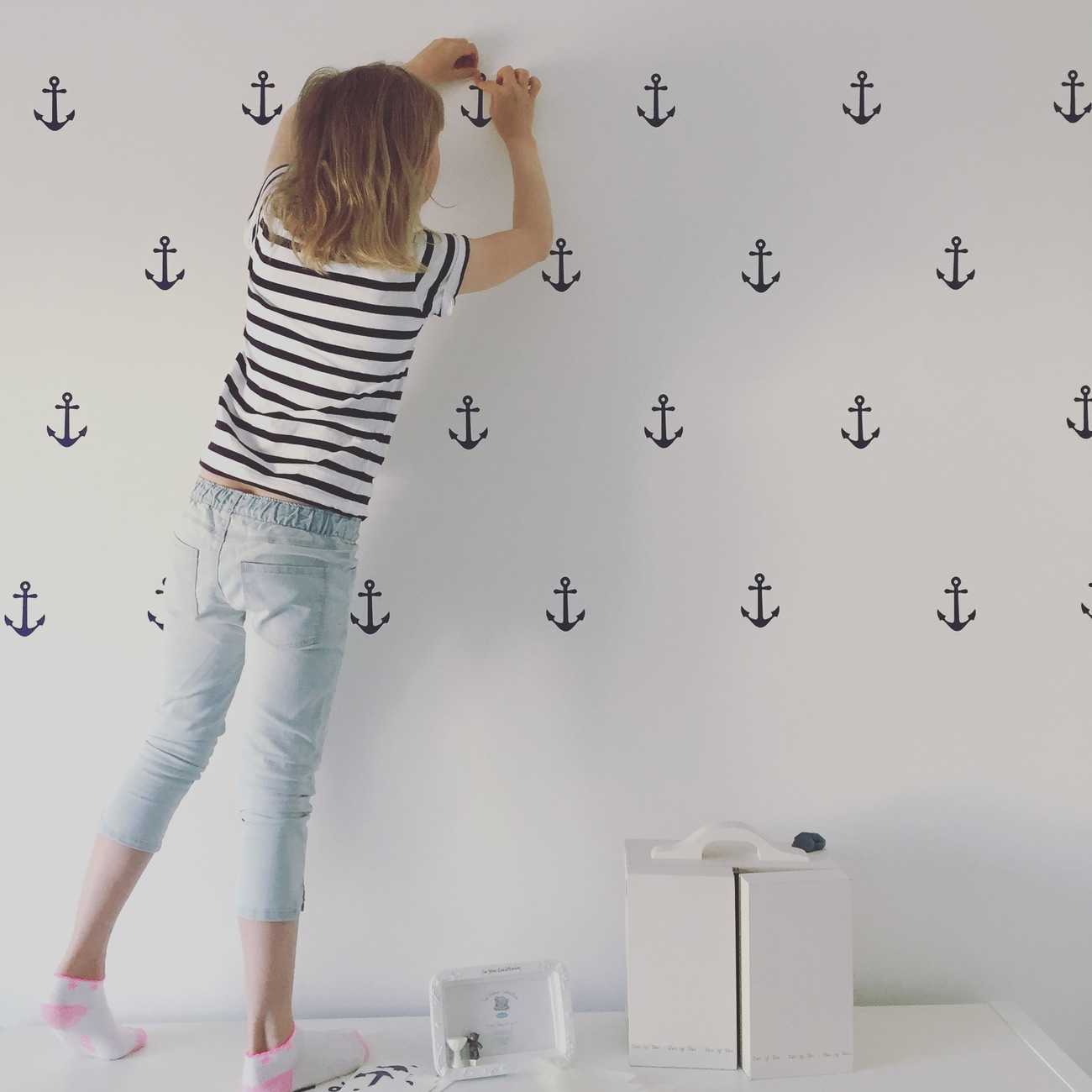 This is Bean helping me out, as she is so good at doing! We had just decorated the children's rooms and I was struggling putting these vinyl stickers on the wall in her brother's room so she nipped up there and helped me, and she did a brilliant job! 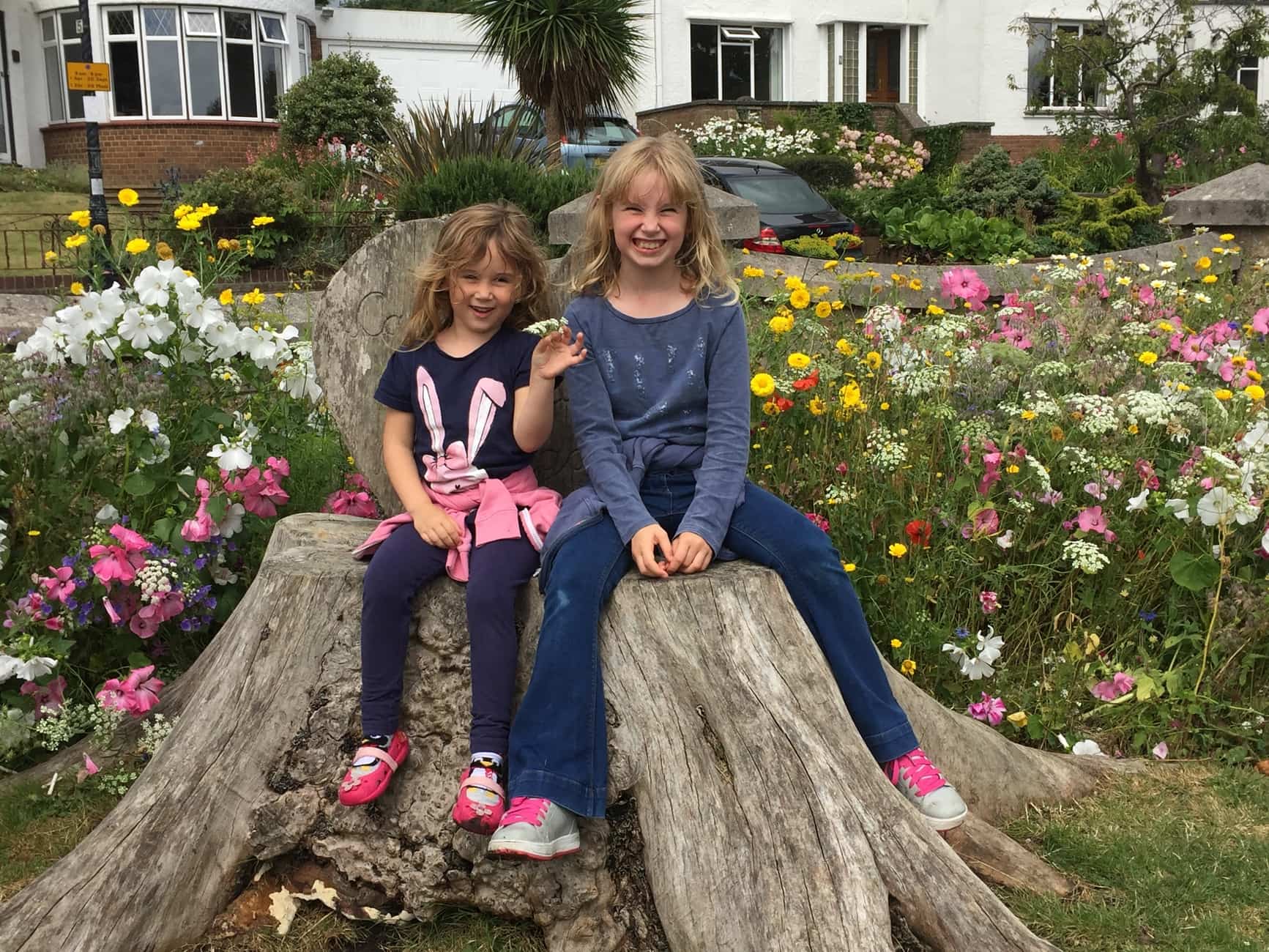 July brought the start of the summer and what a wonderful summer it was. We made the most of the beautiful new place that we live and spent lots of time outside. Look how long her hair is here! We found this cute little seat when we were out playing Pokemon Go - remember that craze!! 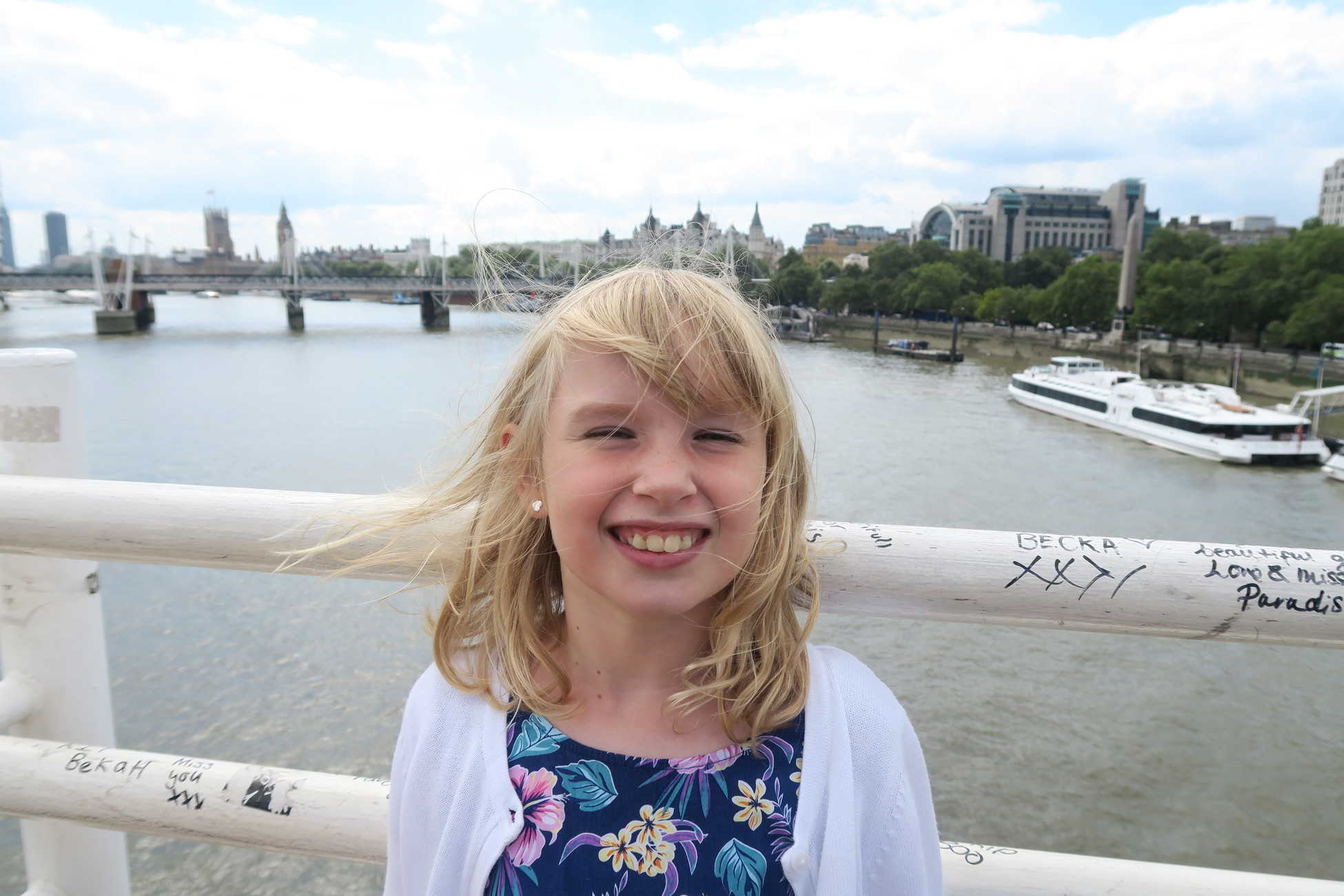 In August we rented a place in London to get away from our building work. I took all three children on my own and we had a wonderful week, they were so well behaved. Bean and I have spent a bit of time in London together on our own and she was great with her siblings when we went together. I can't wait until we can go on our own again. 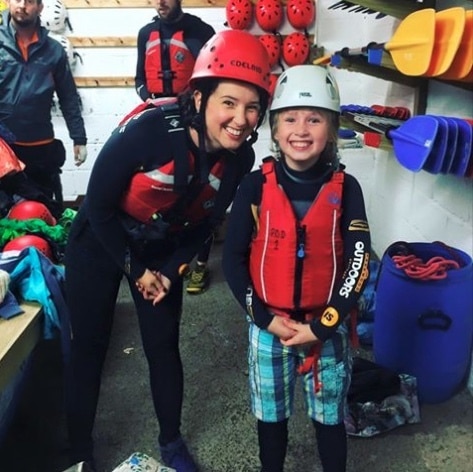 At the end of September I went right out of my comfort zone and Bean and I headed to Parkwood Outdoors for a little adventure. She was in her element and absolutely loved every second. Who knew that she was such a dare devil! 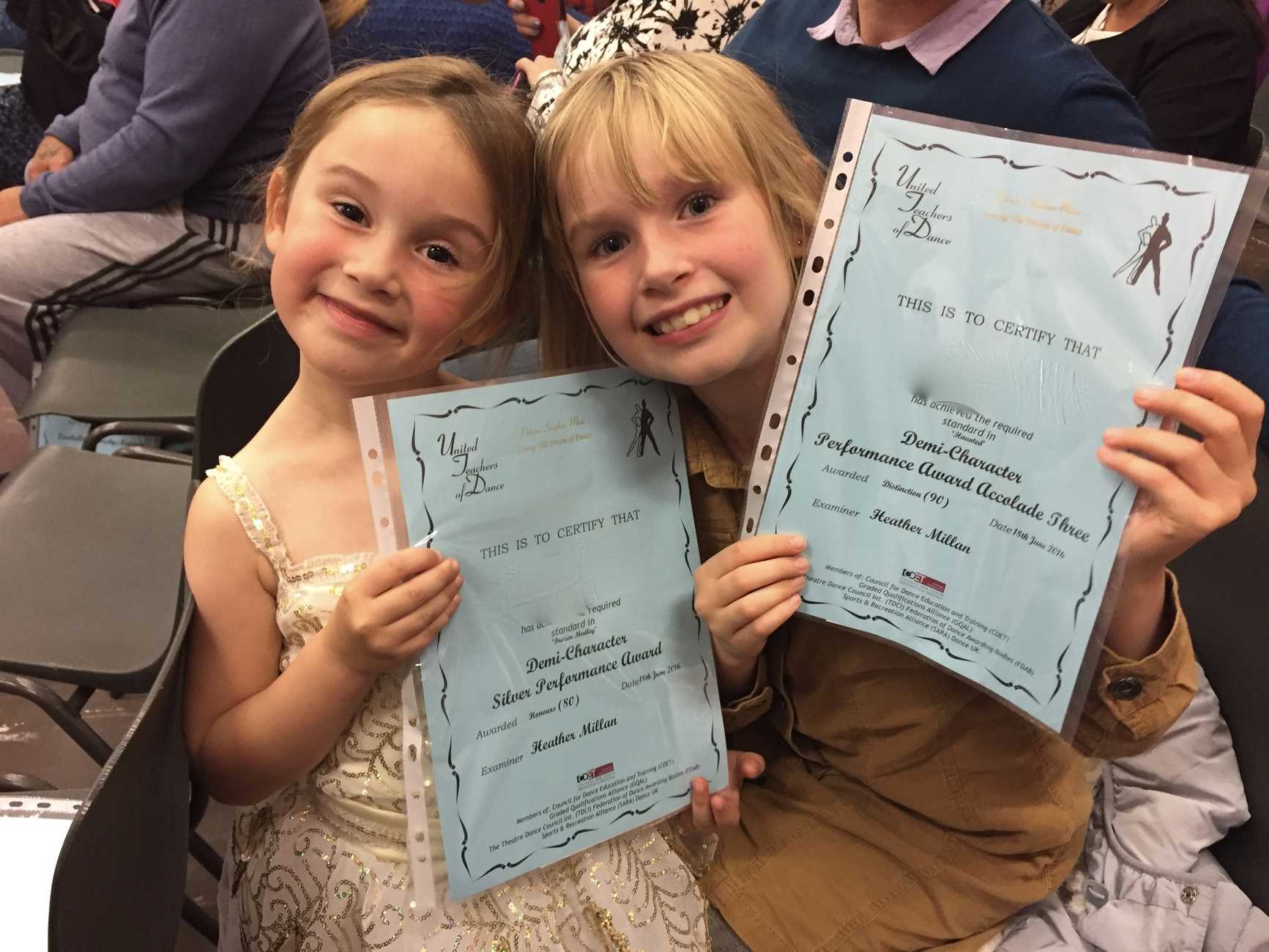 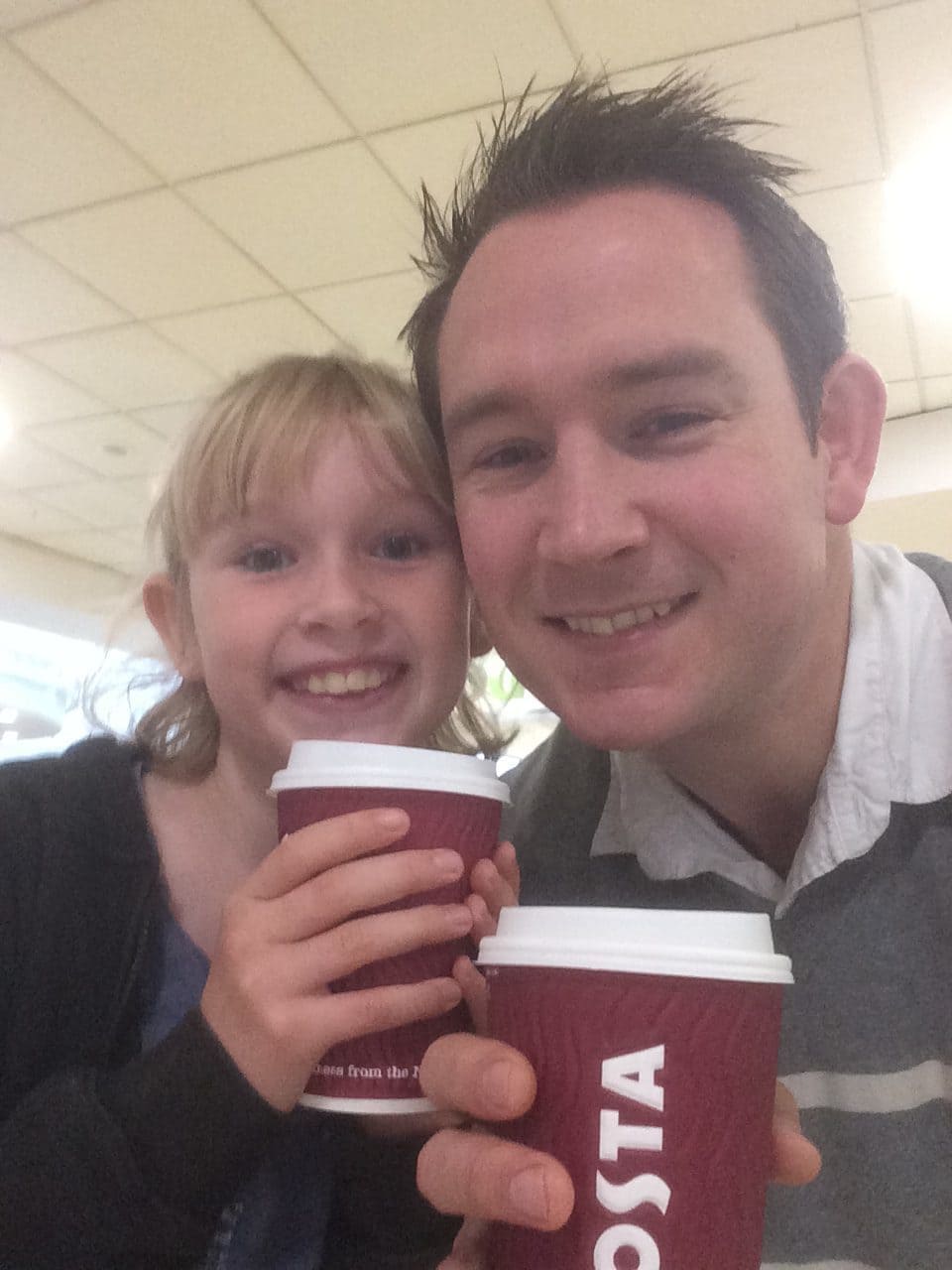 October was all about dancing and she was awarded a distinction in her ballet medal test which was awesome! She also performed in Alton Towers and headed off there for the day with her Daddy. It was so nice to see them spend time together on their own - and they definitely bonded over their shared love of rollercoasters! 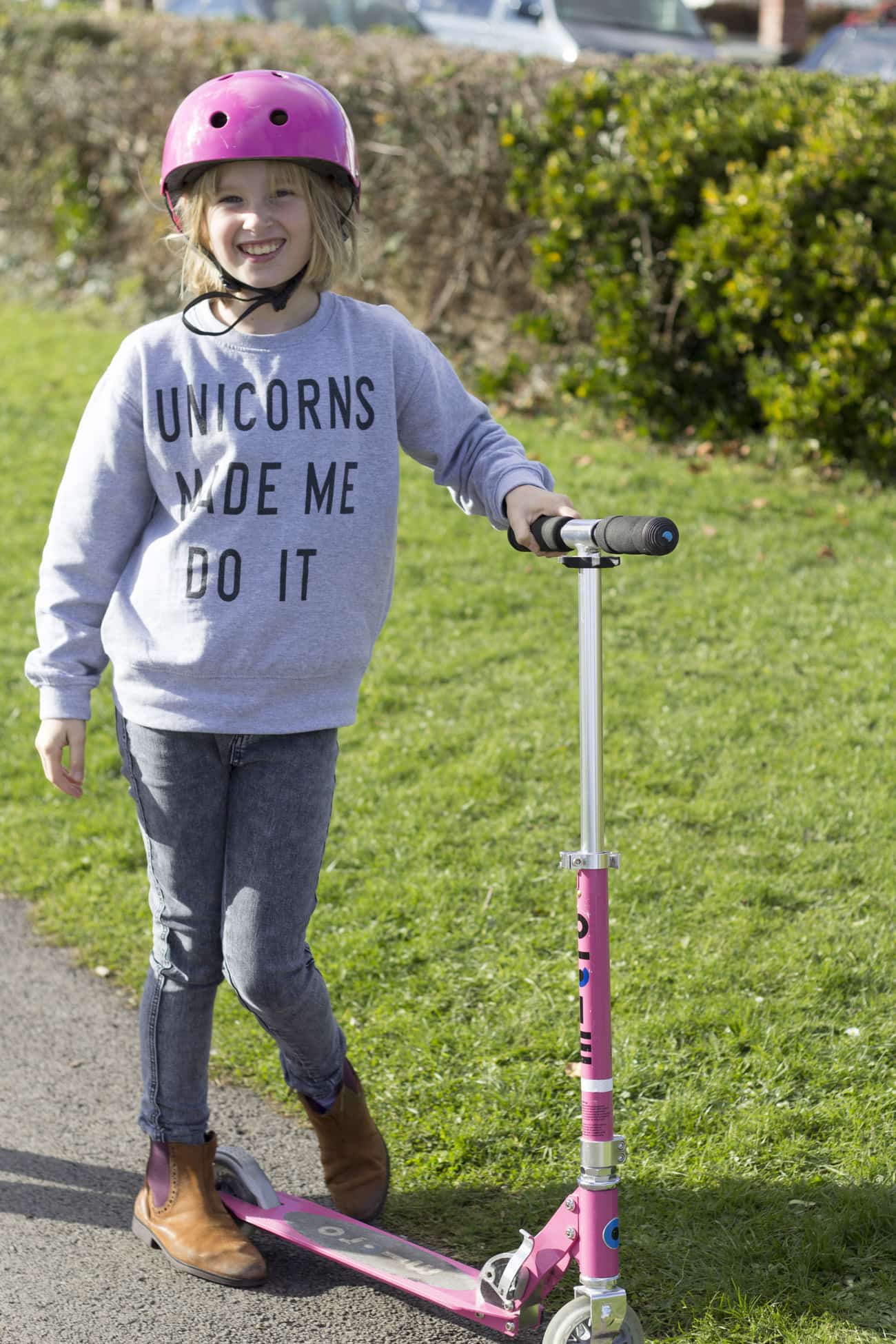 Looking back on this photo reminds me how warm November was! We were still spending a lot of time outside as a family and she enjoyed modelling this top for a blog post for me (combined with a little scoot in the park!) 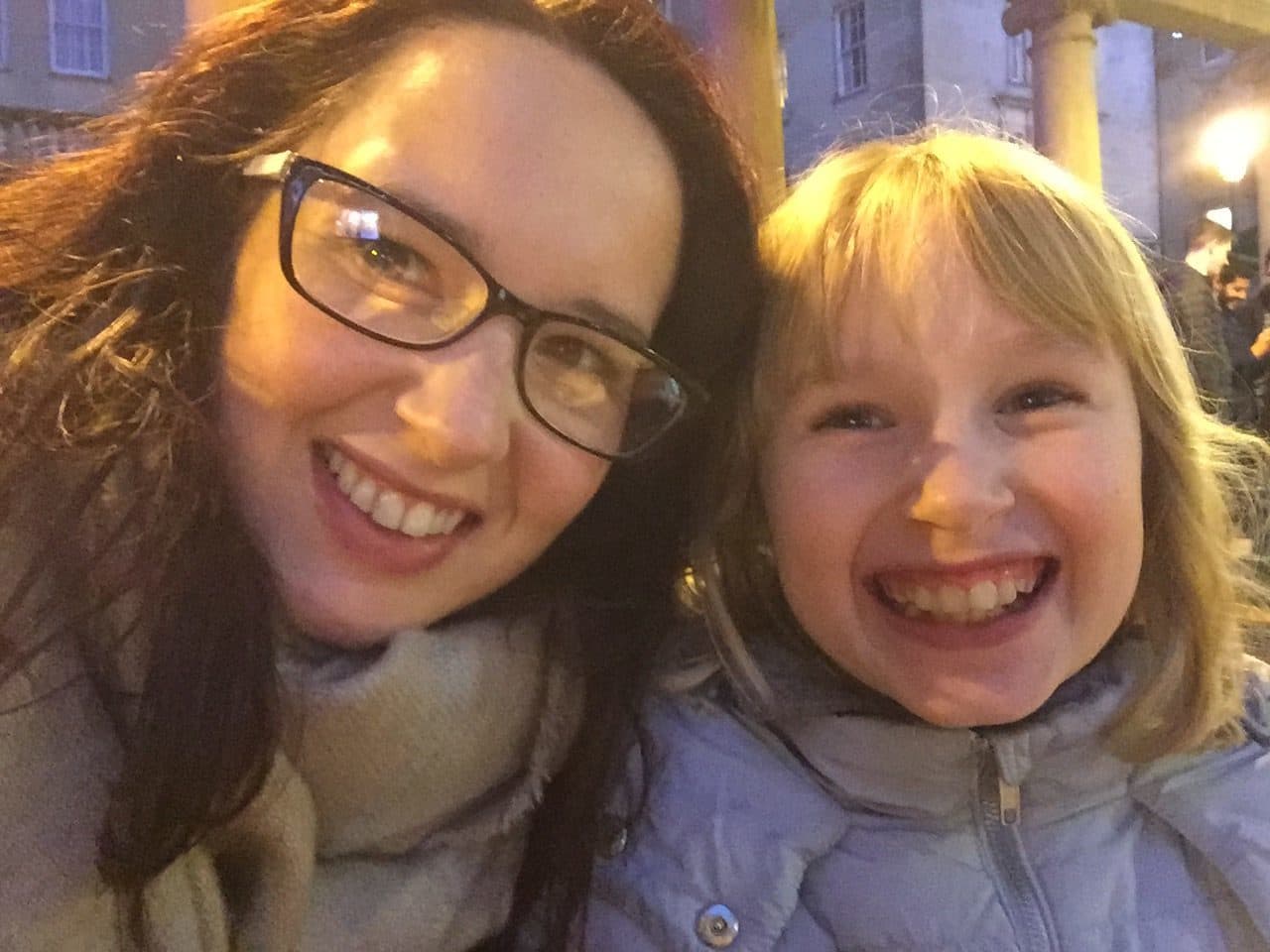 Look at her happy little face here! We'd had a lovely Christmas despite her brother being sick and we spent New Year's Eve all together as a family in one of my favourite places, Bath. We went out for the evening to a friend's house but I think this year we'll try to go away so we spend the whole of New Year's evening all together. 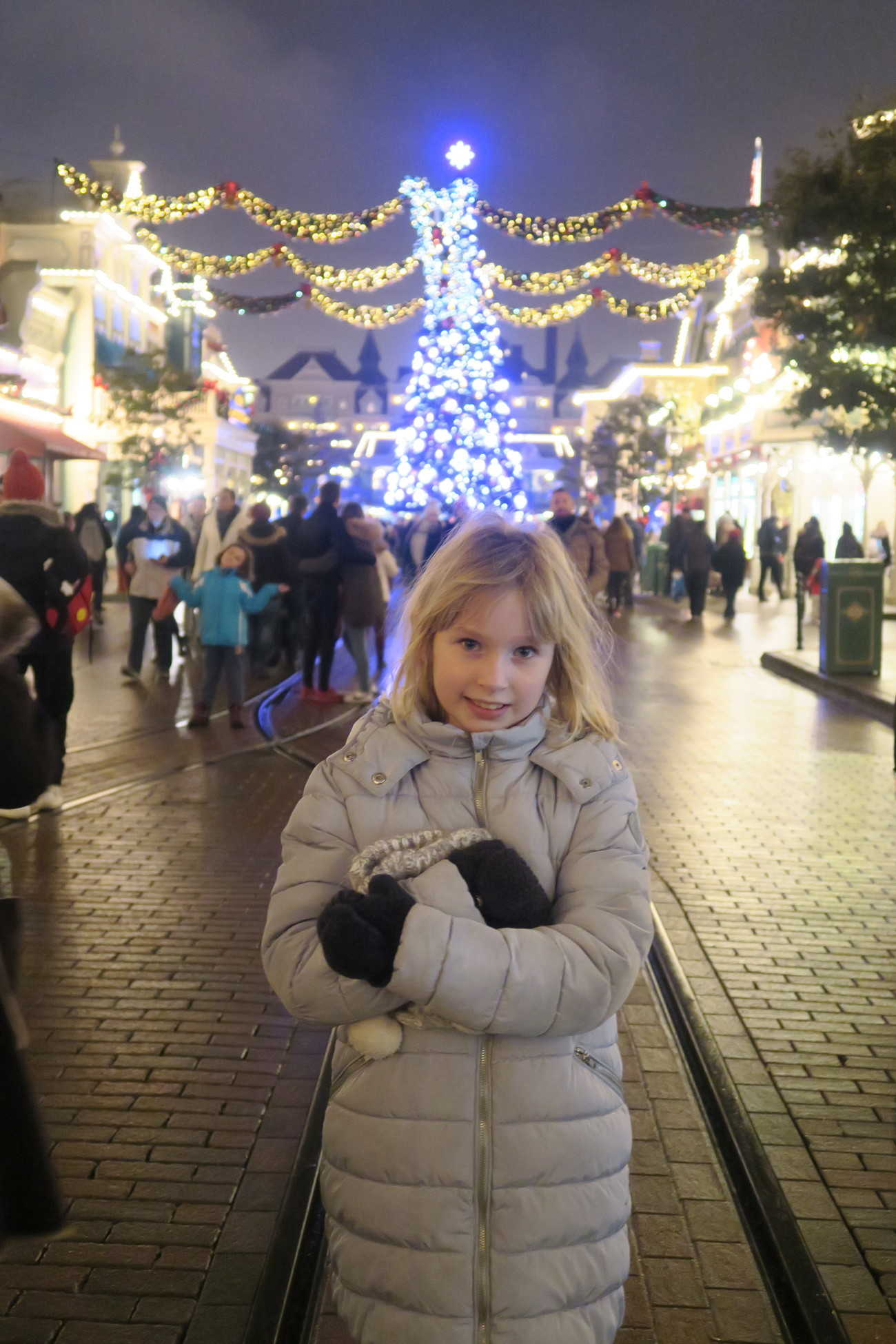 January brought about our biggest and most exciting adventure - Disneyland Paris! We were so excited to be able to finally take them there and I'm glad that we did it before it lost it's magic for her. She loved the rides the most though! 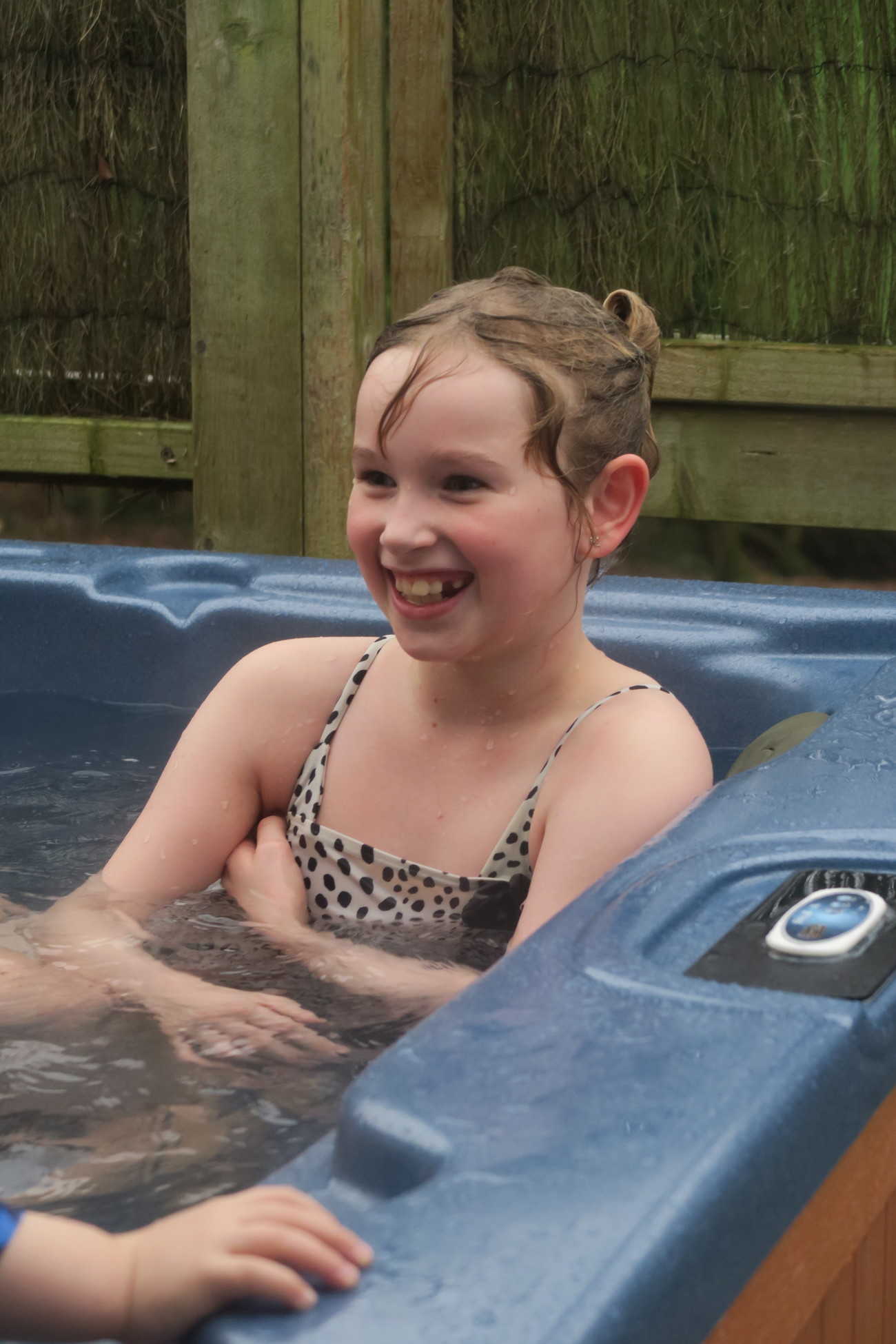 February half term took us to Cornwall. I've had a bit of a bug for travel and have been loving little trips here and there. We rented a little lodge in Bude which had a hot tub and the kids loved it! I think Bean looks so healthy and grown up here, I love this picture! 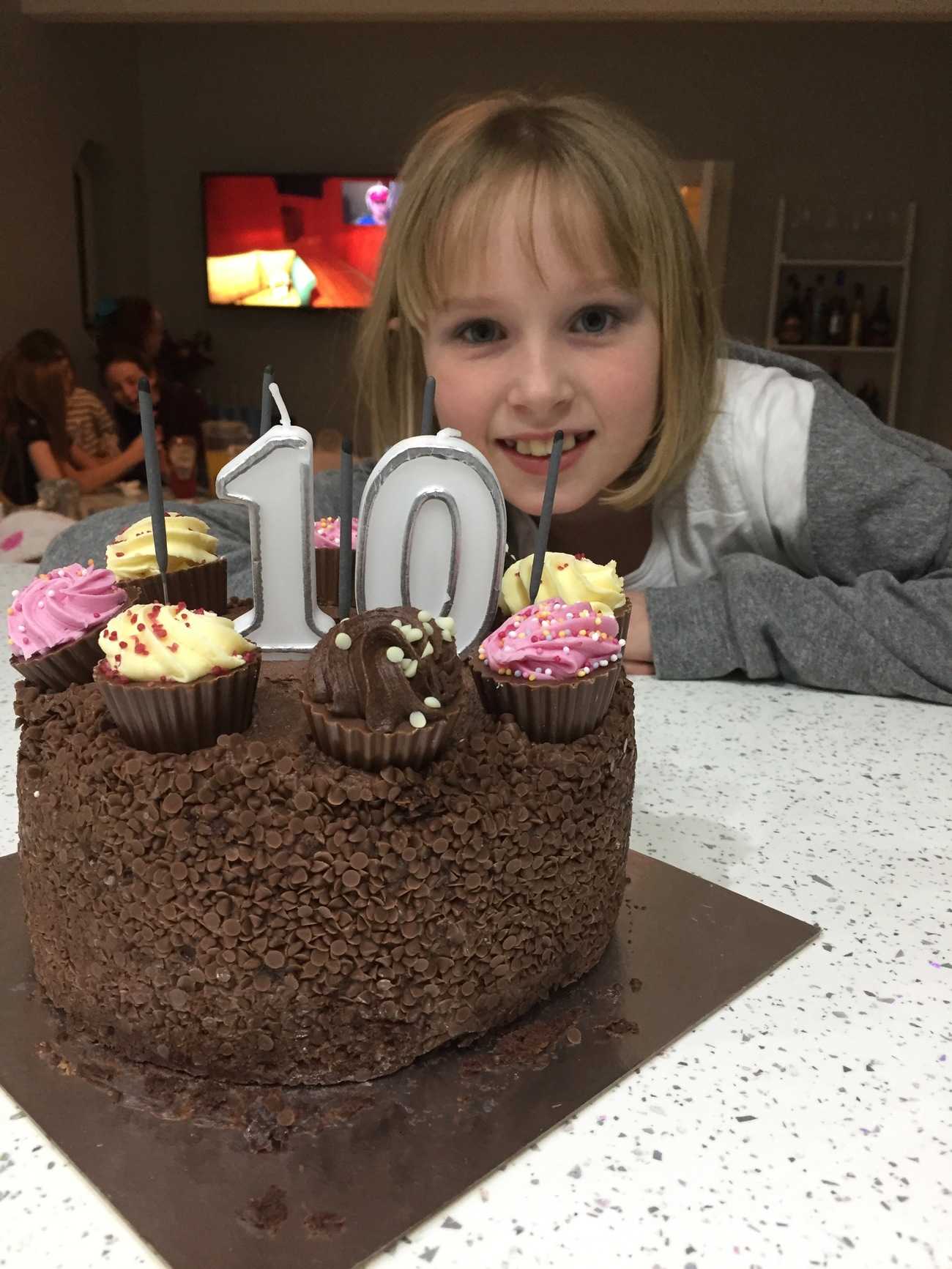 So here we are - she turned ten! She had sleepover with her friends which was really nice (if a little stressful!). The first sleepover is a rite of passage and I'm glad that she had a lovely time.

I'm already setting plans for this next year, I want to make it another special one.