Well, tonight Boris Johnson has just announced that we are basically all on lockdown. We can go out for one walk a day, to get food or medicine and to go to work if you have to. That's it. No gatherings of more than 2 people and pretty much everything is to close. It felt very surreal watching the announcement, and even though I knew it was coming it still doesn't feel real. If I start to think about it too much I feel stressed out so I guess the approach that I'm taking is to deal with this all one day at a time and not think too far ahead. 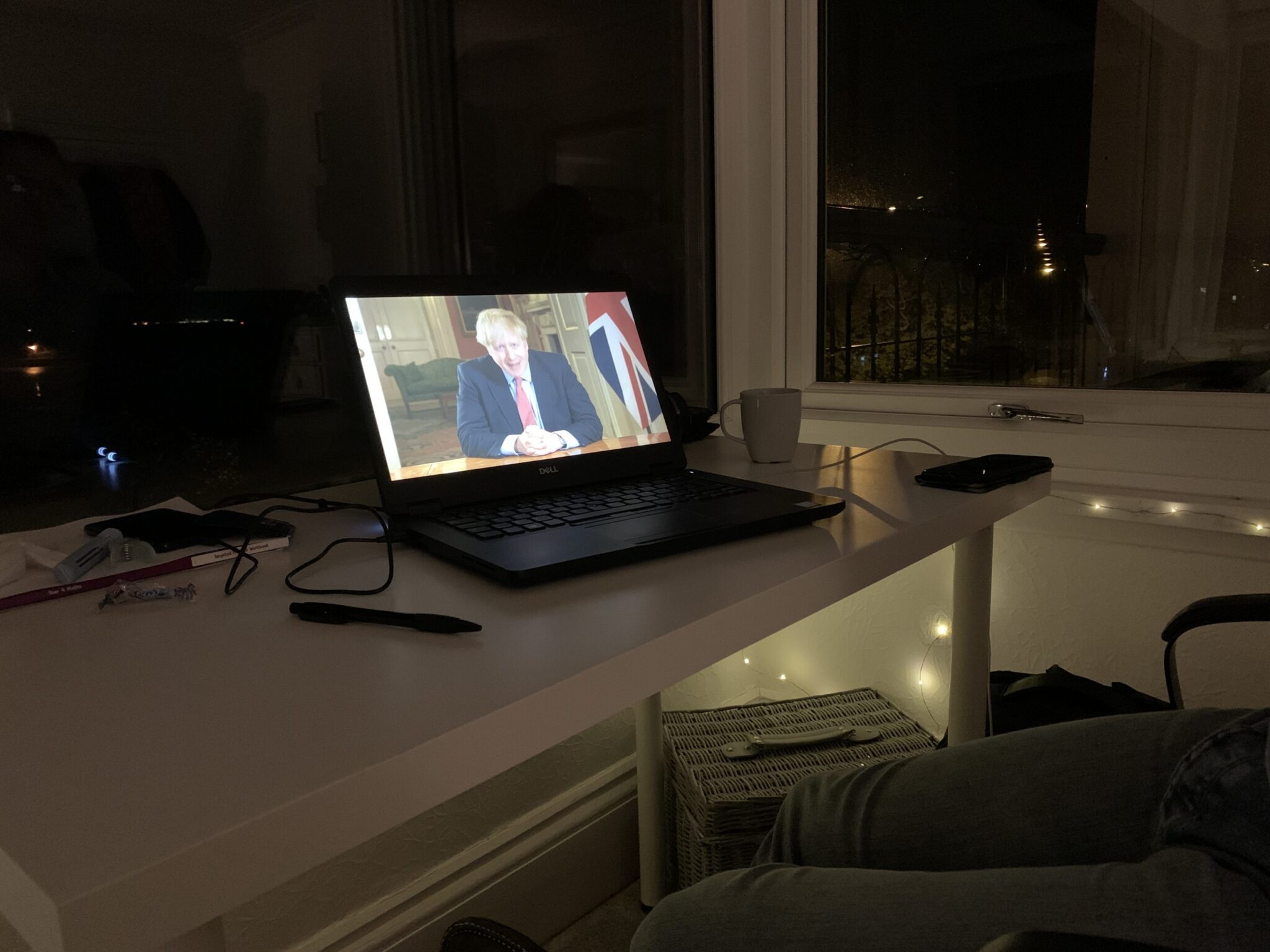 Today was our first day of homeschooling. We started the day by going out for a walk in the gardens opposite our house. We avoided people obviously, although Little Boy is still finding that a difficult concept to understand, he did seem to understand it more today. We came home and they did a little Cosmic Kids Yoga on YouTube and the combination of the two seemed to wear them out enough that they were chilled enough to work well afterwards. 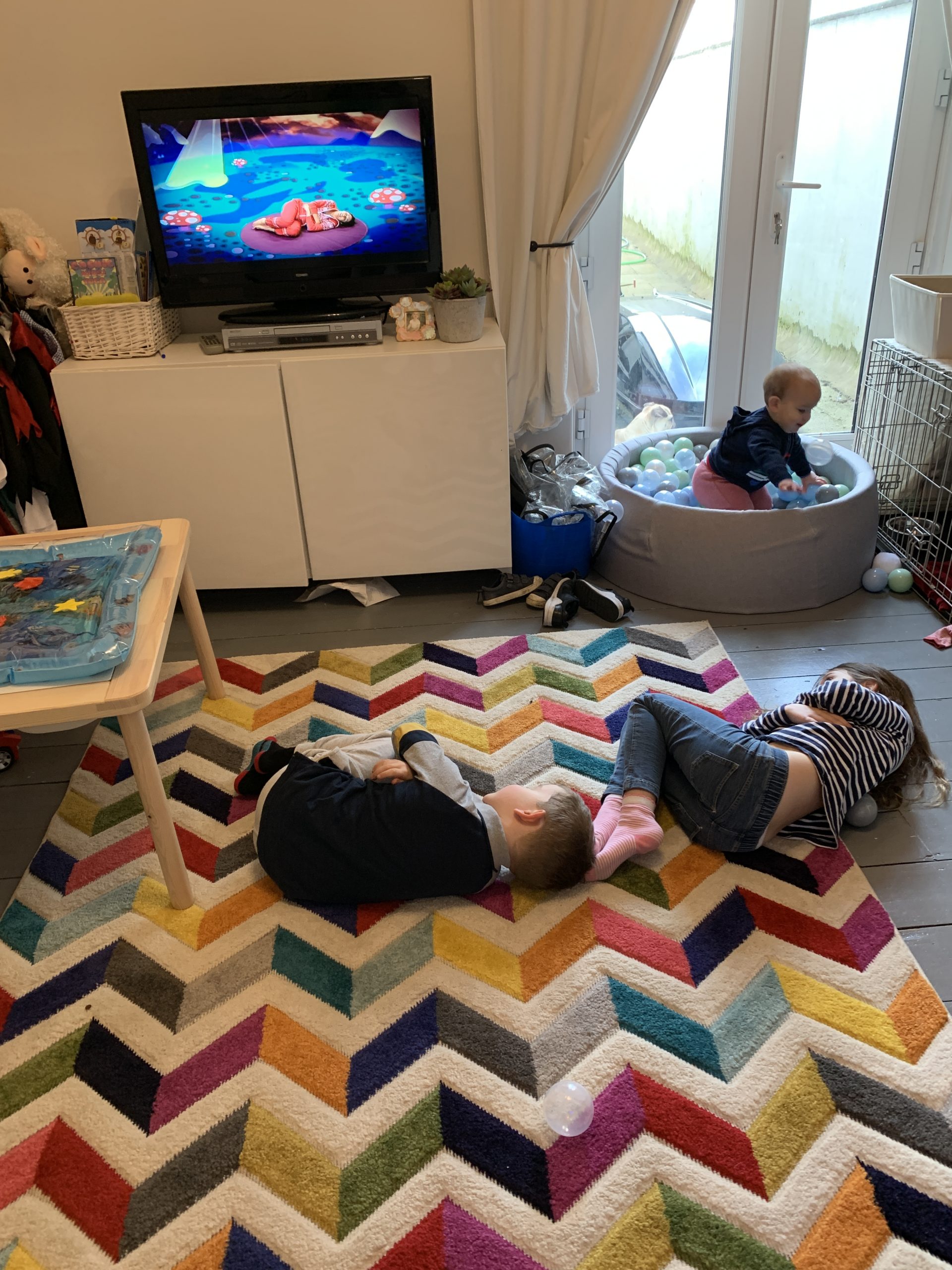 We then got cracking with some maths and English. I printed out some resources from Twinkl which were great for Little Boy and Miss J worked on her home school pack that school gave her. E headed upstairs to her bedroom and worked independently. She face-timed her friend and they worked on their school work together which was a nice idea.

After an hour of academic work we got out the paints and they did some rock painting before lunch. 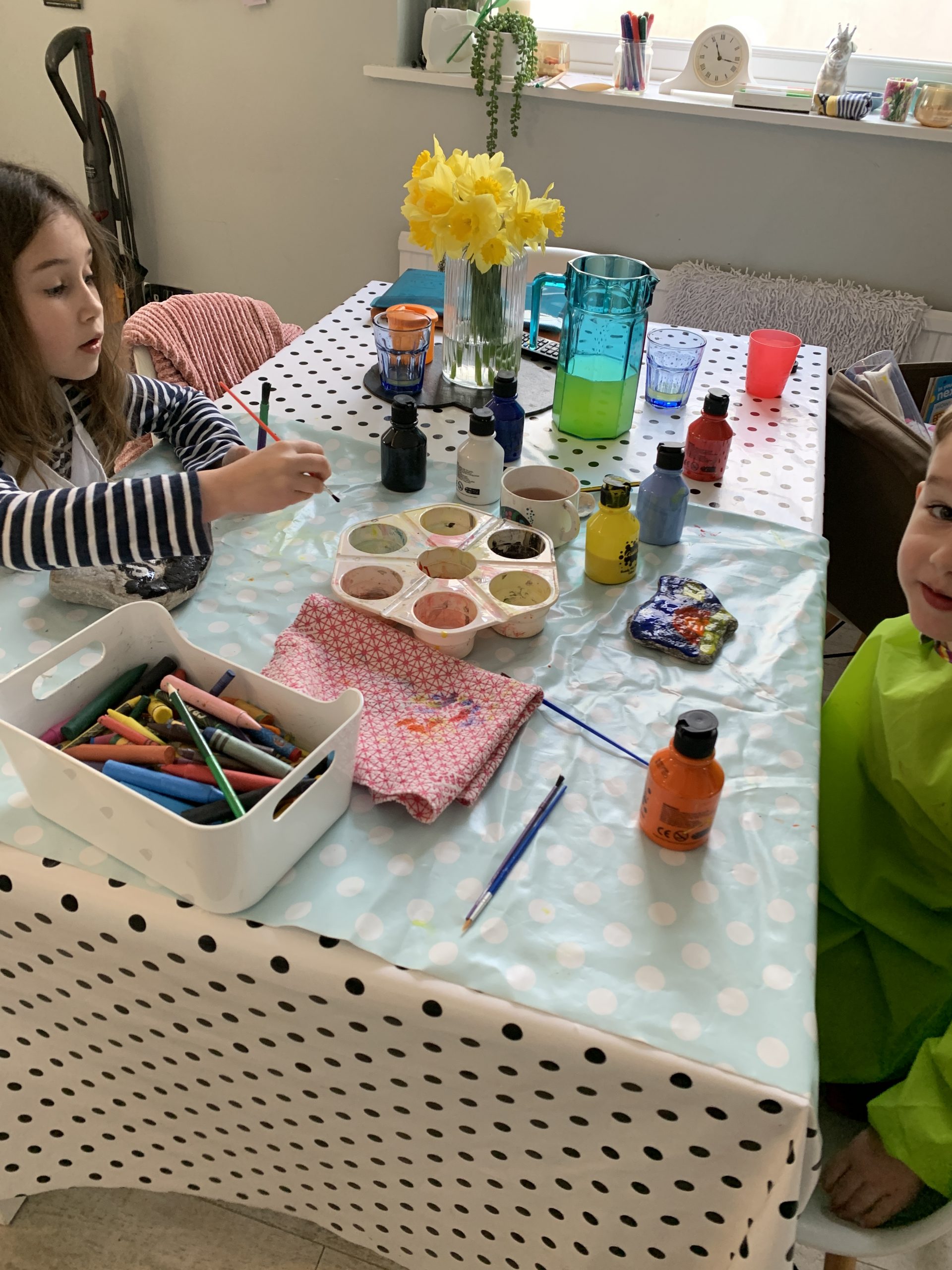 After lunch we all worked together for half an hour to do some cleaning. This worked well and we got a lot done. We then had free play time, the idea is that while the baby is napping I get some time to have some head space and they have the freedom to do anything they want as long as it doesn't include screen time. Miss J and Little Boy actually ended up fighting and arguing really badly so tomorrow I'm going to tell them to head to their rooms separately and play for an hour.

While I was out I had a phone call from the vets to say that the ashes of our cat Amber were back so I popped in there to pick them up. The vets is in a pet shop and it was very quiet in there and they had gotten rid of all the animals.

After quiet time at home we got the iPad and laptop out and did some reading eggs activities before having a snack and watching Maddie's Do You Know? on BBC iPlayer. Then Daddy stopped working and took the boys out to the garden to play football while I made dinner. As they had all been so good today I let them stay up late to watch a film - The Neverending Story. 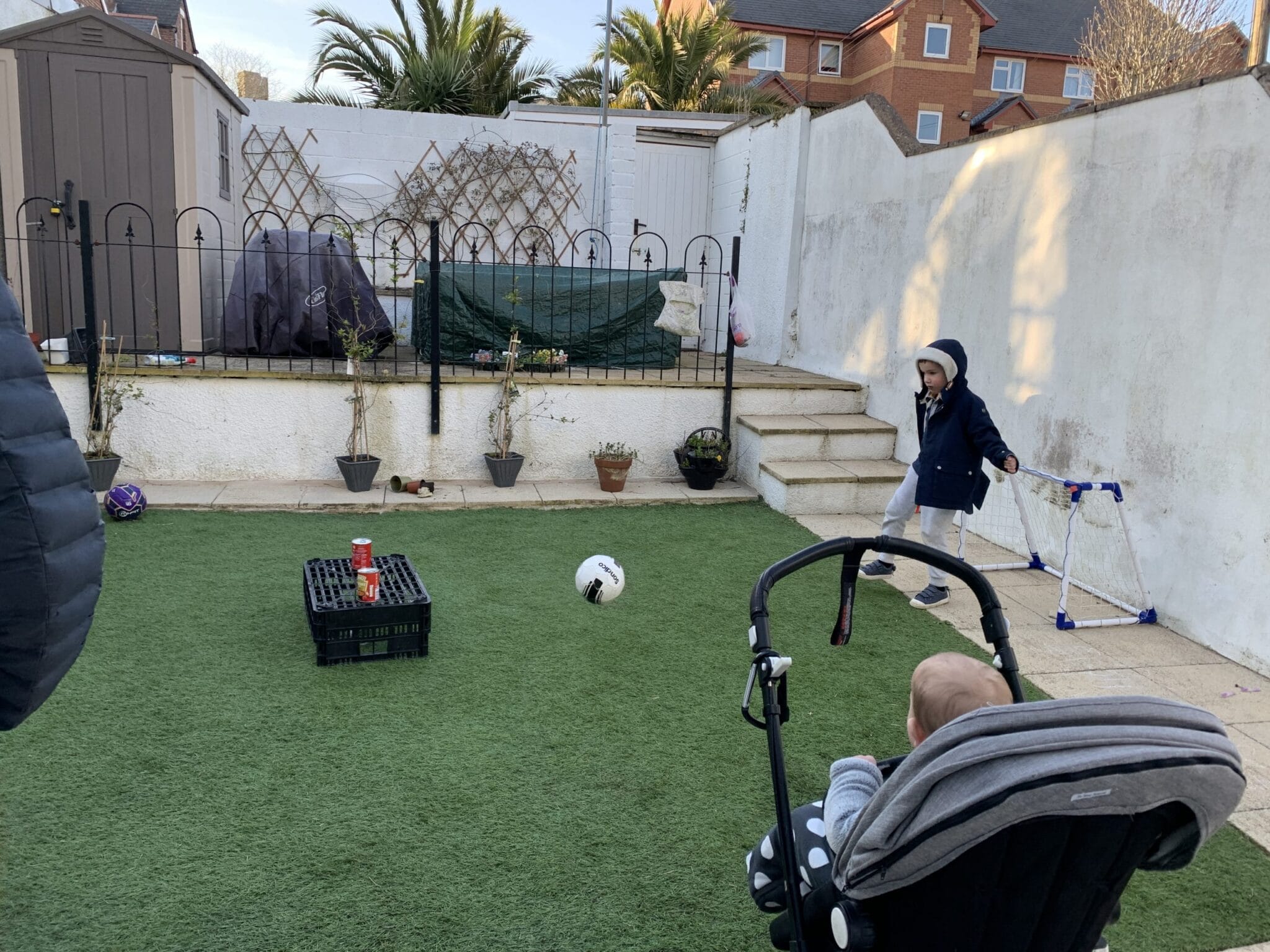